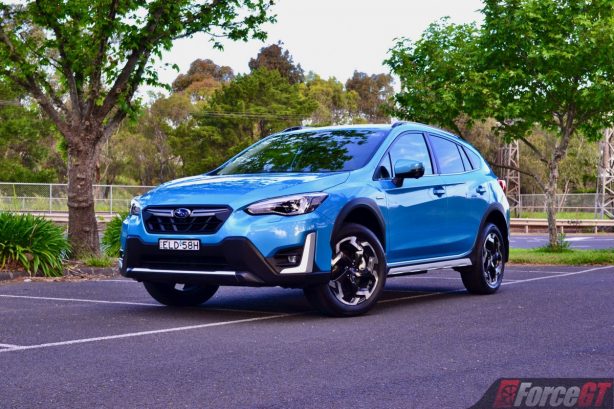 Subaru has a rich heritage in SUVs and all-wheel drives, but the company is relatively new to the hybrid petrol-electric scene. The company’s first hybrid product, the XV Hybrid debuted in 2019, and while it wasn’t quite as resolved as similar hybrid offerings from the hybrid king that is Toyota, it was a solid first attempt.

In our first drive review, we liked how the XV Hybrid’s ‘e-boxer’ hybrid powertrain gave a slight improvement in fuel economy without compromising Subaru’s renown driving DNA of versatility, secured handling and responsiveness.

But there was certainly much room for improvement. Fresh from a mid-life update, the 2021 Subaru XV Hybrid tested here hopes for better appeal amongst hybrid SUV buyers. The update is part of a range-wide nip and tuck which includes a mild facelift, added equipment and retuned suspension. A high-spec Hybrid S variant now joins the line-up alongside the existing mid-range Hybrid L model.

The hybrid pair is positioned at the top of the range, with the L variant priced at $35,490 and the S asking $40,790. Both stickers exclude on-road costs. The hybrid variants cost about $3,000 more than their non-hybrid counterparts of equivalent spec. 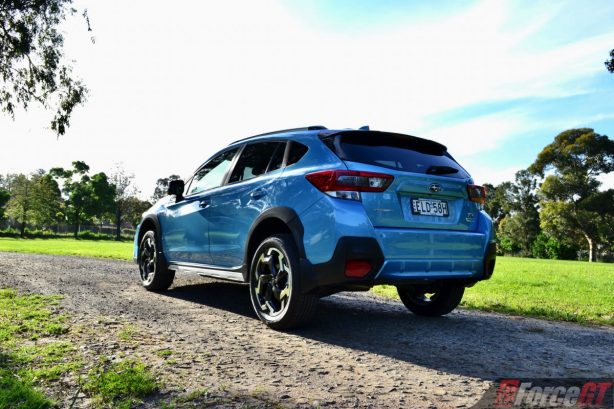 What’s new in this update?

Under the skin, all XV variants gained a revised suspension for improved handling and comfort. Changes are mostly centred at the front, with the front coil springs updated and damping force optimised. Subaru claims the update results in a smoother ride, improved agility and better steering response. 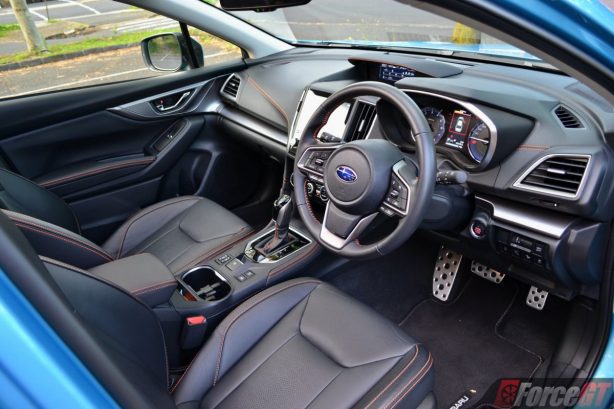 Both hybrid variants get an 8-inch infotainment touchscreen with Bluetooth and USB connectivity, and Apple CarPlay and Google Android Auto compatibility.

Living with the Subaru XV Hybrid

The XV is a compact crossover but it’s one of the larger cars in class. The vehicle’s boxy shape results in a roomy interior with generous space for all occupants and large windows that let in plenty of light. That said, the rear middle seat passenger will not appreciate the raised centre tunnel in the foot well as it’s rather high to accomodate the driveshaft of the all-wheel drive.

While rear air-con vent is starting to appear in many of the segment’s cars, it’s still lacking in the XV, though it isn’t a big issue as the XV’s air-con unit is one of the more powerful ones, capable of cooling the entire cabin quickly and efficiently. 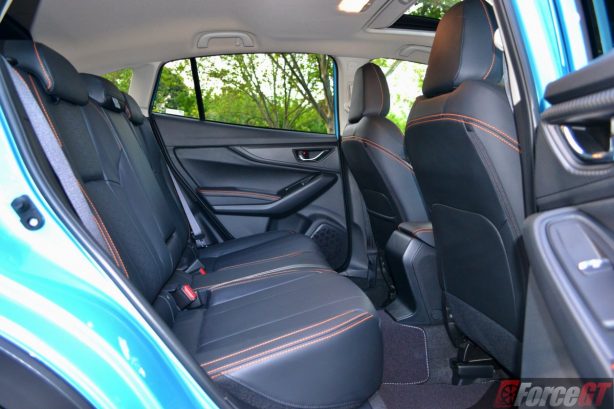 Designed with young families in mind, the rear doors open to a near 90-degree angle, making getting children in and out of the rear seats so much easier. The front doors, however, lack puddle lamp.

Hybrid or electrified models usually have less boot space than their conventional petrol or diesel powered counterparts due to the drive batteries stuffed under the vehicle.

In the case of the XV Hybrid though, it’s the opposite. The 345-litre boot is 35 litres larger than that in the non-hybrid XV, and with the rear feats folded, the resulting 919 litres of capacity is some 154 litres more. That’s because the hybrid model does away with a spare wheel in favour of a puncture repair kit – you wouldn’t be expecting that from Subaru – so the whole boot floor sits lower, freeing up more space. 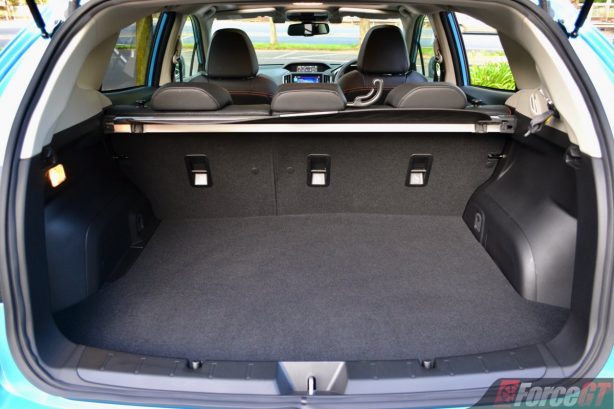 With the battery pack for the hybrid drivetrain located under the boot and just above the rear axle, there’s no more space left for a spare wheel – hence the tyre repair kit.

Stepping into the XV and immediately obvious is just how comfortable the seats are. Contoured perfectly to your body and offering great support, they look good with their contrasting stitching.

Also typical of Subaru, all-round visibility from the driver seat is excellent, even in the usually disastrous forward quarter view thanks to the combination of a relatively slim A pillar and a quarter window at its base. 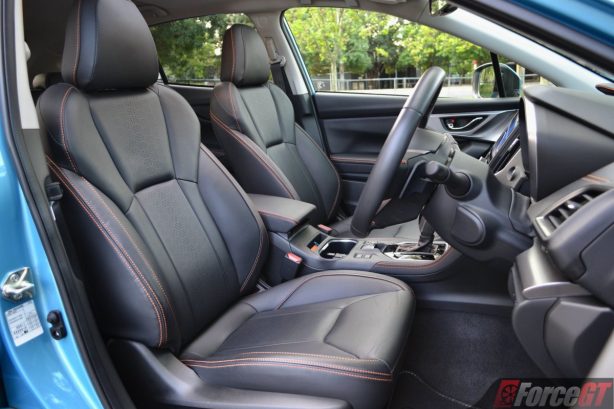 Being a hybrid, you’d expect a silent start up. Not the XV Hybrid though. The 2.0-litre petrol engine fires up on start up no matter how much battery charge is left, and you roll away on engine power. If it’s left idling for a few minutes, the engine will shutdown and you may drive on electric power (slowly).

On the move, the car automatically changes between three drive modes: full EV, EV plus engine, and engine driving. However, the XV seems reluctant to drive on electric, as the engine tends to engage very frequently. While the engine kick in is smooth enough for it not to be annoying, the drivetrain still feels busier than it should. That said, coasting will see the engine cutting off at first opportunity, conserving fuel. 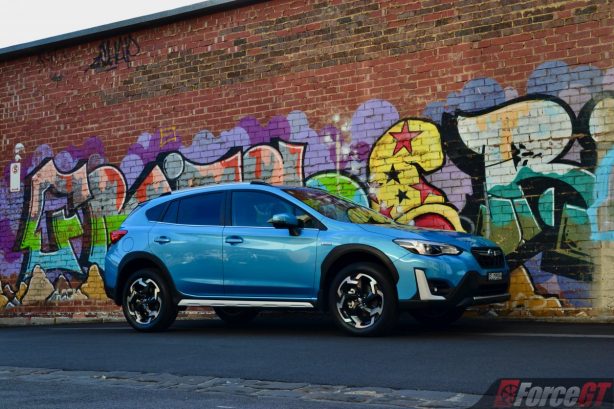 At your disposal is 110kW of power and 196Nm of torque produced by the engine, combined with 12.3kW and 66Nm from the electric motor drawing energy from a lithium-ion battery. There’s more than enough power for the daily grind, plus the weekend trip to the beach or bush.

The CVT auto operates discreetly for the most part, though rev flare is evident at times. With the engine’s peak torque at a high 4,000rpm, this isn’t a surprise as it needs the revs to haul things around. 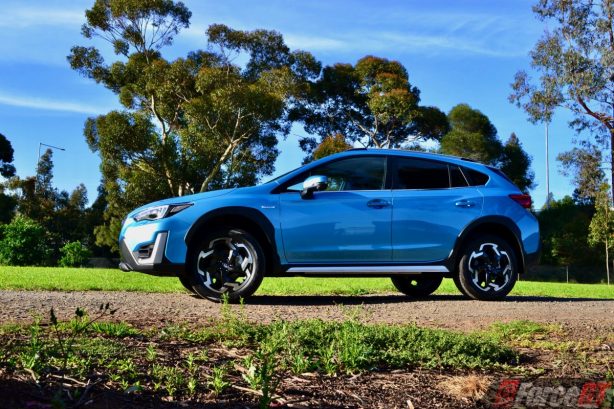 The XV Hybrid retains Subaru’s renown symmetrical all-wheel drive system, which provides excellent traction and secure handling on all types of surfaces. The level of control and stability is one of the best in class.

The XV has managed to balance dynamics with comfort remarkably well, too. The ride is relatively smooth for a compact vehicle, while road and wind noise is also well suppressed.

Fuel economy for the XV Hybrid is rated at 6.5L/100km on the combined average, a small 0.5L/100km advantage over the regular petrol XV. Our real world reported average of 7.0L/100km isn’t exactly thrifty by hybrid standards, but in the longer term, there will still be some accumulated savings on fuel cost over an equivalent petrol or diesel SUV.

Building on an already good package with outstanding space, practicality and versatility, the Subaru XV Hybrid offers a slight gain in fuel economy without compromising on driving performance.

While there’s still more that can be unlocked from the hybrid drivetrain, the rest of the car benefits from the latest update which includes improved specifications and added features.