The fifth generation Audi A4 has just been given its first major update since the model’s launch back in 2016, bringing updated exterior styling, improved infotainment system, and new mild-hybrid powertrains.

Tweaks to the exterior have brought the A4 styling more inline with the rest of the Audi family, with the single frame grille now wider and lower, and the headlamps and taillights featuring more evocative light cluster design. The shoulder lines have also been updated to better emphasis the wheel arches. 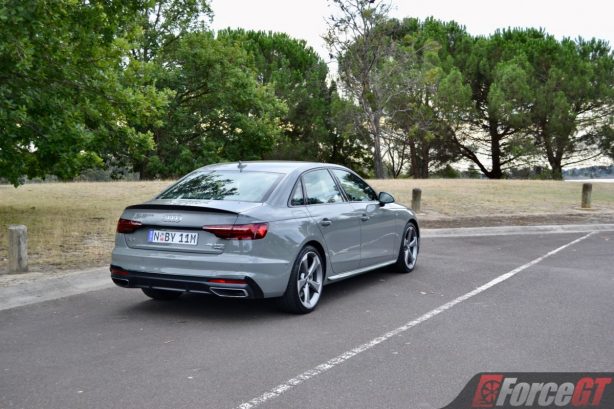 The interior has the usual Audi business-like ambiance, with the biggest change being the new 10.1-inch Audi MMI infotainment system. The revised system is now a touch screen that supports smartphone-like swipe and pinch motions. 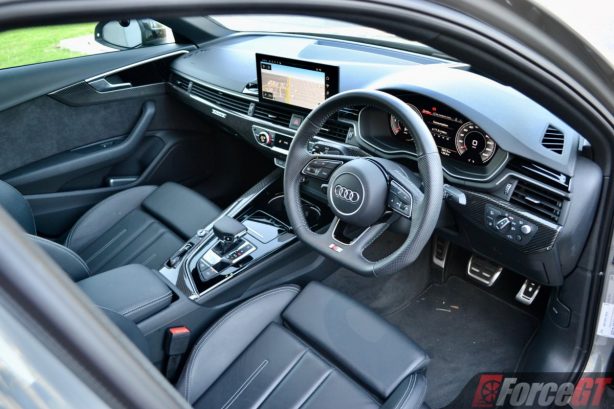 The 2021 Audi A4 45 TFSI S Line model tested here is the flagship model in the standard A4 range, with propulsion coming from a 2.0-litre turbocharged 4-cylinder petrol engine producing 183kW of power at 6000rpm and 370Nm of torque from 1600-4500rpm. It’s matched with a 7-speed dual clutch automatic transmission and Audi Quattro all-wheel drive. 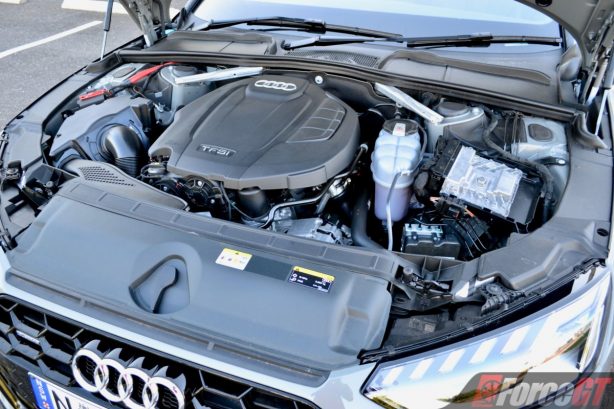 In typical Audi efficiency, the A4 45 TFSI is capable of sprinting from 0 to 100km/h in a spritely 5.8 seconds (claimed), while having an average fuel consumption figure of just 7.1L/100km (claimed). Our tested average is a little higher at 8.5L/100km but it is still a respectable figure for a mid-size sports sedan thanks to the mild-hybrid technology where the engine shuts off on idle and when cruising on low load.

For the full review, watch our detailed full-length video review above.