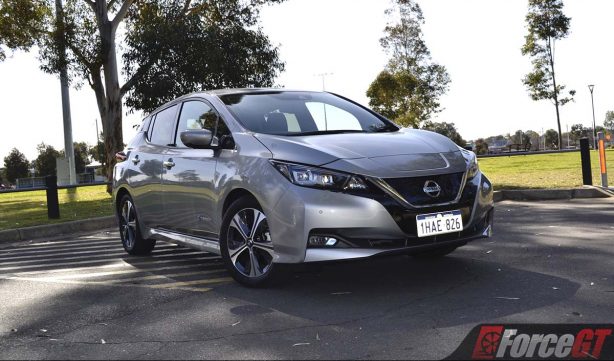 The automotive landscape is indeed changing fast. It wasn’t that long ago that reviewing an electric car was a rarity but in the last few years, we have reviewed a series of Hyundai Ioniq’s (hybrid, PHEV and Electric), the Jaguar’s i-Pace and of course, Tesla’s Model S, X and 3. And now, it’s the Nissan Leaf’s LEAF’s turn.

In fact, the LEAF beat all of the above to the market in 2010 and has since sold 420,000 of them around the world but Australia has been late in the adoption of electric cars, with just over 600 finding homes here.

Now in its second-generation, the new Leaf has joined a the sub-$100k EV club made up of the Hyundai Ioniq Electric, Kona Electric, BMW i3 and the Tesla Model 3.

With consumers more opened to the new technology, supported by a vastly improved charging infrastructure, Nissan Australia hope we’ll see more of its LEAFs on our streets. 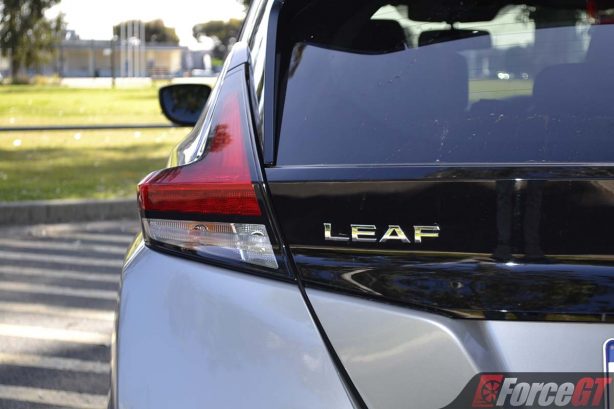 If you are curious as to why I’ve crossed out the Leaf above and replaced it with block letters, that’s because the world’s best-selling EV is actually an acronym.

With a head start of nearly a decade over some of its rivals, the LEAF can indeed lay claim to leading but with the competition fast catching up, can the LEAF retain its spot? Let’s find out.

Priced from $49,990 plus on-road costs, the LEAF is certainly one of the more affordable EVs on sale today, undercut only by the Hyundai Ioniq Electric’s $48,970’s price tag, although that’s the Elite variant which misses out on a few bells and whistles of the Premium model at $53,010. 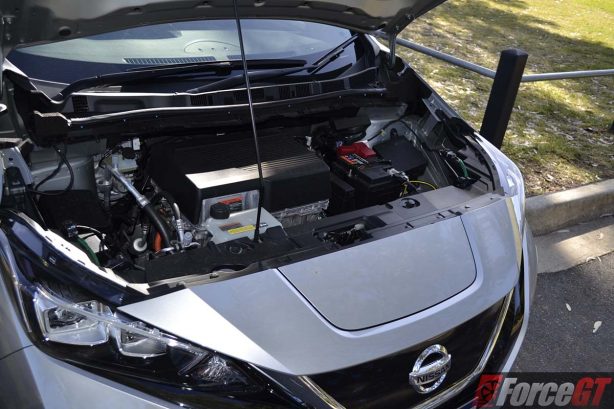 The new LEAF packs a 40kWh lithium-ion battery pack which feeds a 110kW/320Nm motor, giving approximately 250km of real world driving range at an average consumption of around 15.9kWh/100km on test. That’s 40km more than what we achieved on the 28kWh Ioniq Electric.

Compared to the original car, the range of the 2020 LEAF has increased by around 50 per cent, while power and torque has also gone up 38 and 14 per cent, respectively.

So far, so capital letters worthy, then.

If you’re an EV virgin like most, the single thing that most buyers need to adjust to when buying an EV is ‘refuelling’ the vehicle. Instead of a 5 minutes stop over at the petrol station, EVs take much longer to refuel.

And in the case of the Nissan LEAF, topping it up from empty would take around 24 hours from a household plug but if like me, you plug it in every night after work, it’ll only take around 4 hours to top up with about 75% of charge remaining in the batteries. 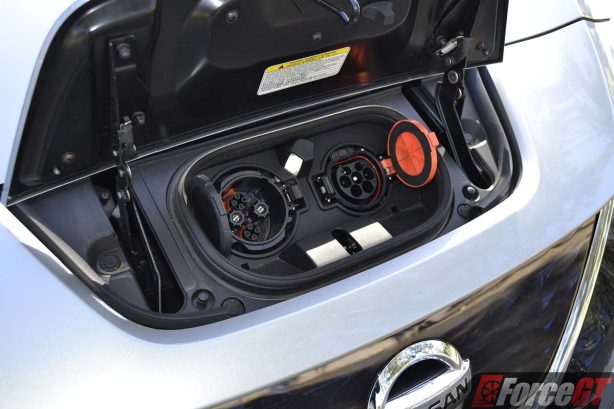 Alternatively, you can install a 7.2kW/32A home charging unit at home for around $2,000, which will cut charging time to 7.5 hours from empty.

If you have access to one of the rapid DC public chargers, you’ll get up to 80 per cent in about an hour, with some, like Chargefox at the Adelaide Central Market here in South Australia, giving the first hour free, too.

Numerous data in Australia suggests most of us average no more than 40km a day in our daily commute and I can certainly attest to that. So for most people, an overnight charge is all it takes to start the next day with a ‘full tank’.

One of the coolest things about driving an EV is, of course, the break neck speed with which it pulls away with, and the gratification of seeing those astonished looks from unsuspecting motorists next to you.

With no noise other than a hint of whirling motor, the LEAF lunges off the line with an instantaneous hit of torque that would embarrass most hot hatches despite an official 0-100km/h time of a leisurely 7.9 seconds. 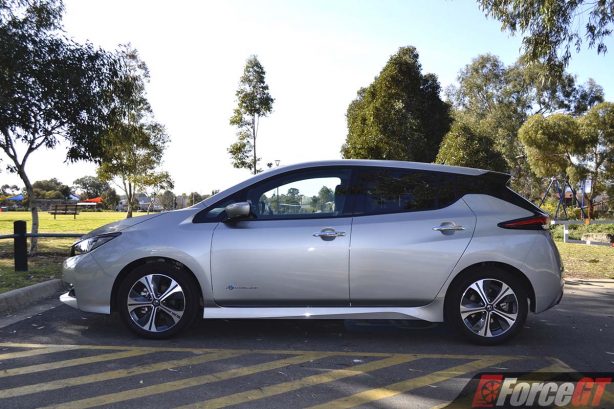 Once on the move however, it drives pretty much like a regular hatchback but with the added benefit of an extraordinarily quiet and refined ride more akin to a premium hatch.

Its throttle is brilliantly responsive (unless if you switch it to Eco, which dampens things up) and with just 1,594kg to lug around, it feels light footed, too.

The new ‘ePedal’ mode allows you to drive the car using just the accelerator pedal as it filters in strong regenerative braking before your foot needs to go anywhere near the brake pedal.

It takes some initial getting used to but once familiarised, you’ll find yourself hitting the ‘ePedal’ button almost every time.

That’s a good thing because, like most regenerative braking systems, the brake pedal can feel quite unnatural and doesn’t provide much feel. 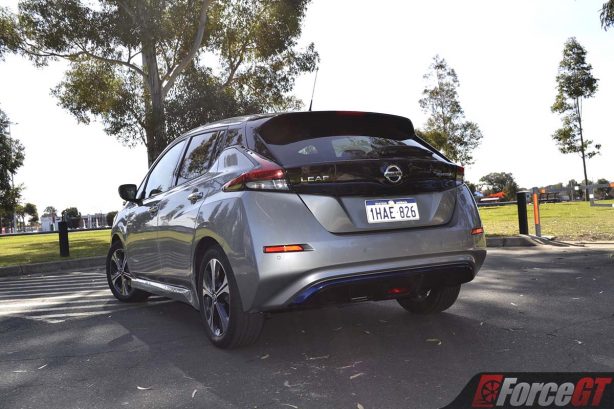 While it may look all new with better looking sheet metal and fresh 17-inch alloys, the 2020 LEAF is based on an overhauled version of the original model’s platform.

Nissan says it has improved the torsional rigidity of the car, as well as installed a quicker steering rack and tricked braking system that gently brakes any of the four wheels to keep the car on its intended line of travel.

It certainly feels agile and composed enough in most situations with good grip from the Goodyear EfficientGrip tyres. It’s also comfortable around town with a light yet responsive steering and compliant ride.

And because the batteries are situated low on the floor pan, its centre of gravity is lower than most cars of its ilk, giving it better vertical roll resistance and an extra layer of driving confidence.

Nissan has done an excellent job in keeping tyre and wind noise out of the LEAF’s cabin at highway speeds. Below 30km/h, the car even emits a synthetic noise to alert pedestrians and cyclists of its presence. 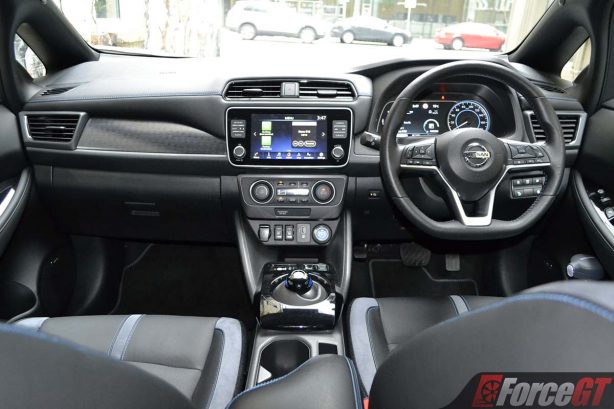 Where it falls down is in its cabin presentation compared to some of its closest rivals, including the Hyundai Ioniq. Drivers will feel like they are oddly perched in the car with the front seats that seem too high, thanks to the batteries that extend to below the front seats.

The lack of telescopic steering wheel adjustment is also a peculiar omission, while the front central armrest is unusually short to be of any use as an armrest and the foot-operated parking brake seems out of place in an EV.

Perceived cabin quality is lower than what you would expect for cars at this price point, with lots of hard shiny plastics.

At least the partially digital instrument cluster is customisable with a myriad of information such as battery status, trip info, music, navigation, etc. and the 8.0-inch infotainment system with Apple CarPlay and Android Auto appears to be better than other Nissan models. 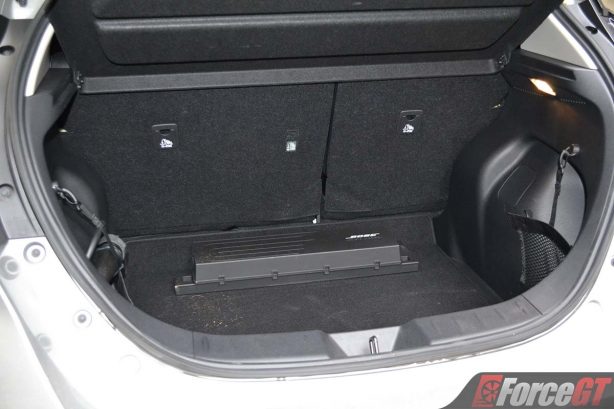 Boot space is a generous 405 litres (although the floor isn’t flat when the seats are folded) while interior space is good for a car measuring less than 4.5m long.

The Nissan LEAF comes with a five-year/unlimited kilometres warranty, while the battery is covered by an eight-year/160,000km warranty.

That’s more expensive than the $160 per service you’ll pay to service the Hyundai Ioniq Electric.

It’s better looking, more efficient, more powerful and has a better range than before. However, the Nissan LEAF is no longer the most affordable. That goes to the Hyundai Ioniq.

Does it still lead? Yes and no. It has a longer range and better performance than the Ioniq Electric, but its handling trails that of the Ioniq. I also prefer the interior presentation of the Hyundai.

Still, the LEAF shows that owning an electric car doesn’t involve as much compromise before.