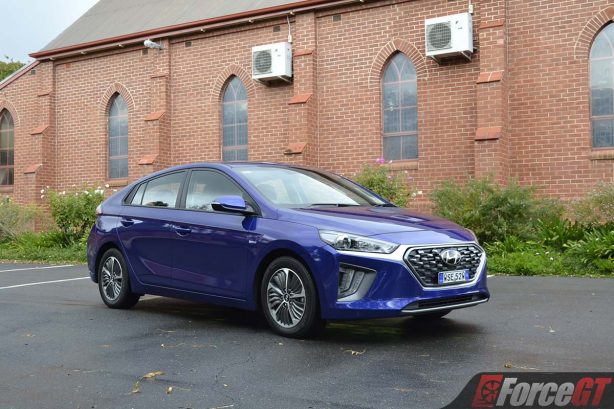 The Hyundai Ioniq has taken over the mantel from the once poster-child-of-green-motoring, the Toyota Prius, in being the most recognisable eco-warrior on our roads, thanks to its myriad of electrified drivetrains.

While Toyota might be the pioneer of the technology, and still sell far more hybrids than any other manufacturers worldwide, the Korean giant is fast catching up.

And unlike the Prius which is solely offered as a petrol hybrid, the Ioniq is the only model in Australia to be offered with a choice of hybrid, plug-in hybrid and full-electric EV.

The second-generation model only made its local debut last year but Hyundai has already brought in the facelift for the 2020 model, introducing refreshed styling, upgraded standard equipment and a new battery and motor for the Ioniq Electric for an extended emission-free range of 311km.

We spent a week with the Ioniq PHEV and it might just be the sweet spot of the range. 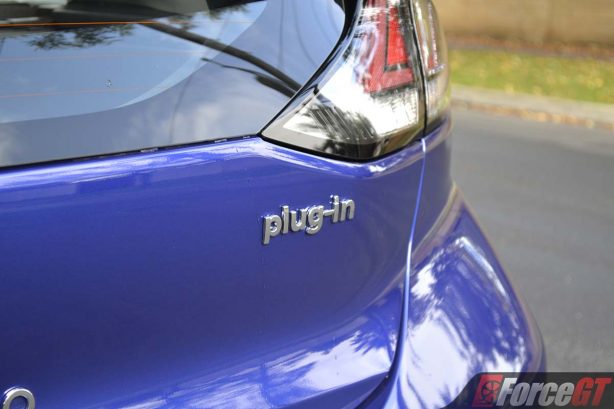 Each of the three powertrain is available in either Elite or Premium grade, with prices starting from $34,790 plus on-road costs for the Ioniq Hybrid Elite – a rise of $800 compared to the outgoing model.

Meanwhile, the PHEV Premium costs an extra $4,500 and brings a similar level of additional specs as the Hybrid Premium, except swapping its 17-inch alloys with 16-inch.

Topping out the range is the Ioniq Electric, with the Elite grade costing $48,490 (up $3,500 due to the bigger battery pack, more on that later), while the Premium grade asks $52,490 – all before on-road costs. It’s worth noting the Electric Premium comes with a single zone climate control vs dual-zone in the plug-in hybrid Premium. 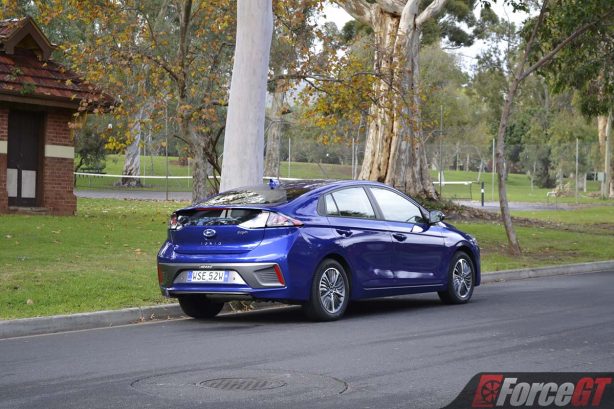 On the outside, the 2020 Ioniq can be distinguished via its new front grille with triangular elements, while the Ioniq Electric features a metallic silver grey grille insert with etched diamond-shaped motifs.

Around the back, the refreshed Ioniq gets redesigned LED taillights featuring L-shaped elements that complement the front LED daytime running lights.

Fresh alloys are also on offer, with the Elite rolling on five-segment aerodynamic wheel covers on 15-inch alloy wheels, while the Plug-in Hybrid and Electric variants adopt a pair of turbine-inspired 16-inch wheels. The Ioniq Hybrid Premium wears the largest boots, riding on five-slot 17-inch alloys. 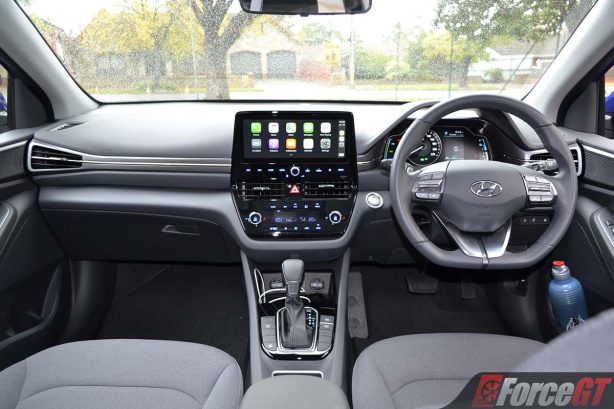 Inside, all models come with a new tablet-style 10.25-inch high-resolution touchscreen infotainment system with one of the best software this side of a premium brand. It’s super responsive and customisable, and tells you where the nearest charging stations are based on your current location. Apple CarPlay and Android Auto are standard, along with an excellent Infinity 8-speaker premium sound system.

There is also a new digital instrument cluster while the conventional climate control buttons have been replaced with capacitive touch buttons.

The dashboard has also been completely overhauled and uses soft-touch finishes for a more upmarket feel. At night, mood lighting (Premium and Electric variants) provides a touch of class to the revitalised cabin. 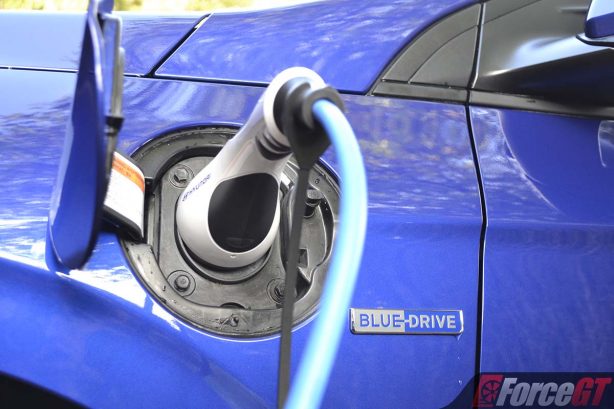 Unlike the Electric model which gets the bulk of the changes underneath its bonnet, including a larger liquid cooled 38.3kWh lithium-ion battery (up from 28kWh) and larger 100kW electric motor (up from 88kW), the Plug-in Hybrid Ioniq tested here carries over its powertrain from the outgoing model.

That means the same 77kW/147Nm 1.6-litre petrol engine paired with a 44.5kW/170Nm electric motor for a total system output of 104kW. The motor is married to an 8.9kWh battery pack that Hyundai says is good for 63km of driving range on pure electric power in ideal conditions, before the petrol engine kicks in.

However, real world driving range is closer to 45km to 57km, depending on the driving style and conditions.

Charging the batteries from empty to full from a standard household plug takes approximately 4 hours, while the average combined fuel consumption on test is a mere 2.1L/100km. Conveniently, you can tell the charging status from outside of the car thanks to the LED indicators located on the top of the dash that gradually lights up blue when fully charged. You can also tell the precise charge status from the instrument cluster inside the car. 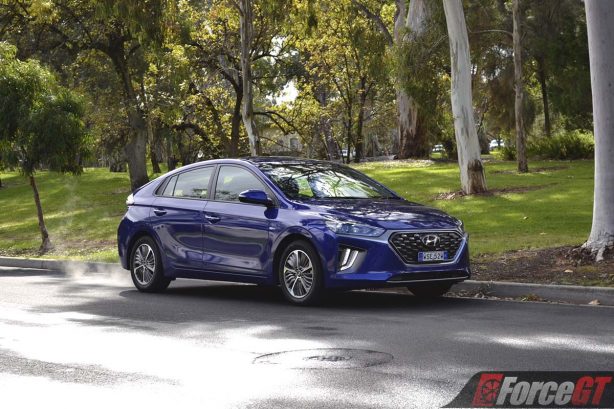 As with Hyundai’s wider range of vehicles sold in Australia, the Ioniq benefits from local suspension and steering tuning.

Despite the different weights of each car, all Ioniq’s have been tuned to provide a similar feel via slightly different suspension settings Hyundai has created for each model.

Handling in the Ioniq PHEV is tidy and can even be described as accomplished. Turn in and changes in direction are surprisingly crisp and the extra weight of the battery pack makes the car feel more planted around the corners with minimal body roll.

The 6-speed dual-clutch transmission – itself, a departure from the CVTs favoured by rival, Toyota – is generally smooth and fuss free, although we noticed an unusual drop in torque when moving up the ratios at lower speeds.

The PHEV also comes with paddle shifters that instead of controlling the transmission like in a conventional vehicle, allows the driver to increase the amount of regenerative braking by increasing the resistance (in three levels) in the electric motor by tapping the left paddle.

Selecting the highest Level 3 effectively turns the Ioniq PHEV into one pedal mode where you hardly have to use the brake pedal to slow the car down. It might feel strange initially but once acclimatised, works relatively intuitively.

Brake pedal feel is also pleasingly better than most other hybrid vehicles without the sponginess, enabling much better modulation of the braking force.

The car’s steering assist/lane centering can be overzealous at times, as with most such system, but can thankfully be turned off if they become too much of an annoyance.

On the other hand, the Ioniq’s Adaptive Cruise Control works well in keeping the set speed, braking on downhill to slow the car down. It’s Stop & Go system is likewise relatively polished and able to apply the brakes well ahead of time to stationary vehicles in front.

At night, the auto high beam works well in most situations, automatically dipping when there’s a vehicle in front or coming around the corner. 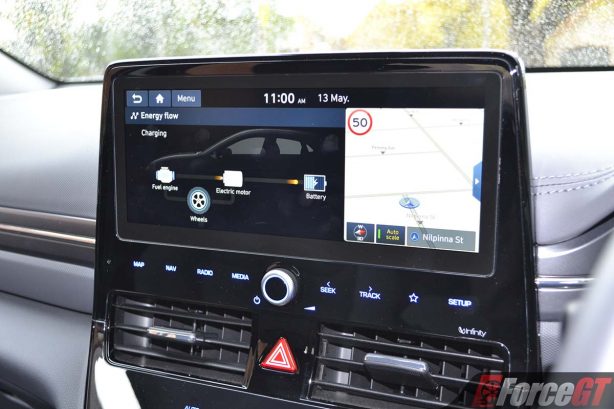 With most Australians driving less than 30km to and from work each day, it’s possible to have guilt-free motoring the majority of the time.

And because it takes only around 4 hours to fully charge the batteries from empty, living with the Ioniq PHEV is much like a much larger mobile phone, where you “plug it in” at the end of the day and when you wake up in the morning, it’s good to go!

While turning up the air-conditioning, seat warmers, etc. can quickly kill the range, it’s also comforting to know that the petrol engine is always there as a back-up.

Ride comfort is good on our 16-inch wheeled Ioniq, soaking up ruts and bumps nicely on our urban roads.

General refinement is good, too, although there is noticeable wind noise at freeway speeds especially around the wing mirrors. The engine can also be a tad noisy when given the boot.

The Ioniq’s cabin feels spacious and airy, with plenty of headroom up front and decent head and legroom at the back.

Around the back, boot space is a commendable 341 litres, which is slightly smaller than an i30’s 395 litres, despite making do with no spare wheel (a puncture repair kit is provided).

Like a regular petrol or diesel engine car, the Ioniq PHEV only requires a visit to the dealer every 12 months or 15,000km, whichever comes first.

It also comes with a Lifetime Service Plan, costing an entirely reasonable $1,525 for the first 5 years.

While the bulk of the 2020 upgrade has been reserved for the Ioniq Electric, the Ioniq PHEV does get worthwhile updates in the form of a brilliant new interior, improved specification and better safety equipment.

It is a good ‘initiation’ into the world of EV without the associated range anxiety, thanks to its on-board petrol engine.

It drives and handles well, and a nightly charge is enough to get most people to and from work everyday without using a drop of petrol. 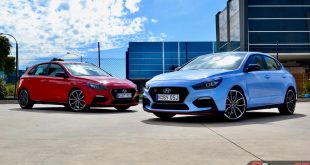 Hyundai has unveiled the updated i30 N, which comes with a refined design, added driver …