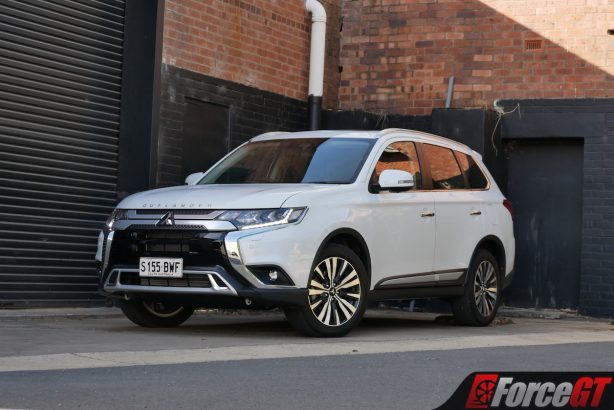 The Mitsubishi Outlander, like much of the Japanese manufacturer’s line-up, is a car that has been around in its current form for quite a few years. At six years since its initial launch, it might be younger than the ASX and Pajero, but it’s now easily outlived the usual model life cycle that most manufacturers employ.

So with younger competition for it to go up against now, Mitsubishi has given the Outlander an overhaul for the 2019 model year that sees the Outlander gain a new look and additional refinements to help it keep up with the pack.

To see if these improvements are enough, we grabbed the keys to the most expensive variant in the ten-strong line-up, the Exceed Diesel. 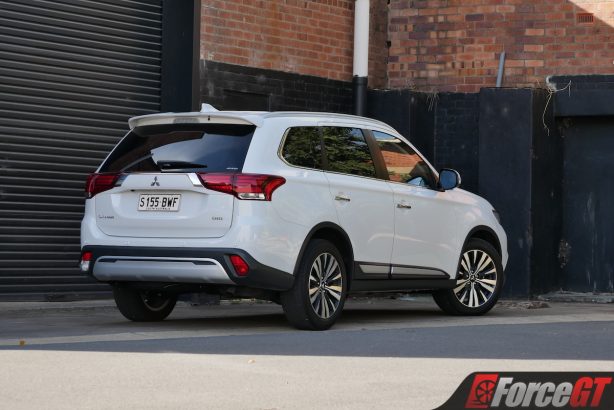 You can read a full breakdown of the pricing and specifications for the MY19 Outlander range here, while we’ve also broken down the updates for the closely-related Outlander PHEV range here, too. 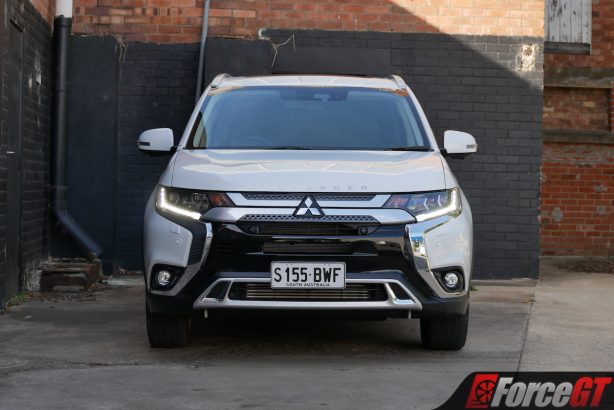 2019 sees a number of range-wide changes introduced including a new 18-inch alloy wheel design, one-touch power window operation for all four windows with illuminated switches, an adjustable speed limiter, and redesigned seat cushions. Automatic variants also gain an electronic handbrake, rear air vents, and a USB port in the back of the centre console.

Revised front and rear bumpers have been fitted too, with the front bumper sporting a more aerodynamic design aimed at reducing wind noise inside the cabin. Additionally, for our range-topping Exceed and the LS, there is some updated interior trim along with, most visibly, a rather sharp-looking rear spoiler.

Furthermore, to improve the Outlander’s ride and handling, the suspension and steering setups have been switched up, now employing larger front struts and rear shock absorbers, and a faster steering rack respectively. 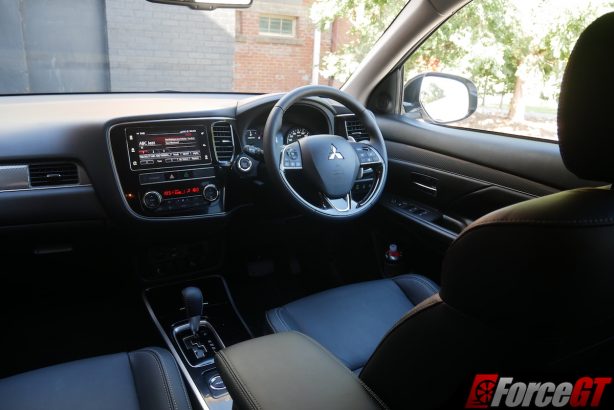 The Exceed continues to offer a strong level of standard equipment including standard leather upholstery with two-stage heated front seats and power adjustment for the driver, adaptive cruise control, and a seven-inch infotainment screen with Apple CarPlay and Android Auto compatibility along with DAB+ digital radio, although there’s no integrated sat nav.

A seven-seat interior is also standard on all LS and Exceed variants. However, the third seats are – to put it as kindly as possible – completely useless. Aside from very young children, no human would possibly be able to fit back there, so it does seem almost unnecessary for Mitsubishi to have bothered fitting them at all. Thankfully, however, the first and second row seats are very roomy, with comfortable seats, soft armrests, and big door pockets.

In a big plus, it does offer a lot in the way of safety tech, making it a good bet for families. With seven airbags and the full suite of active safety systems on offer from Mitsubishi, it bolsters its 5-star ANCAP safety rating awarded in 2014. 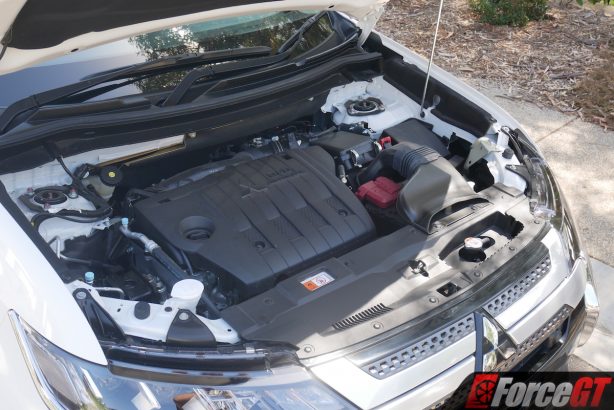 Under the bonnet of our tester is the 2.2-litre four-cylinder turbo diesel, which makes just 110kW and 360Nm – outputs that have remained unchanged for a number of years now. They’re outputs that, unfortunately, trail behind the rest of the crowd these days too, with most rival’s diesels offering outputs of at least 20kW and 40Nm more.

As mentioned, the diesel engine comes paired to a six-speed torque converter-type automatic transmission as standard – with a set of paddle shifters with which to command it mounted to the steering column – along with part-time all-wheel drive.

Fuel consumption is listed at a frugal 6.2L/100km, however, we were only able to manage an indicated 9.5L/100km over the course of 680km with the car, which encompassed an even mix of city, country, and spirited driving. If we were to theorise as to why it displayed such a thirst, it’s that its lack of power means you simply have to bury your foot deeper in the pedal to get going with any real vigour. However, we did notice that number start to plummet quickly when sat at highway speeds, showing where the oiler is at its happiest. 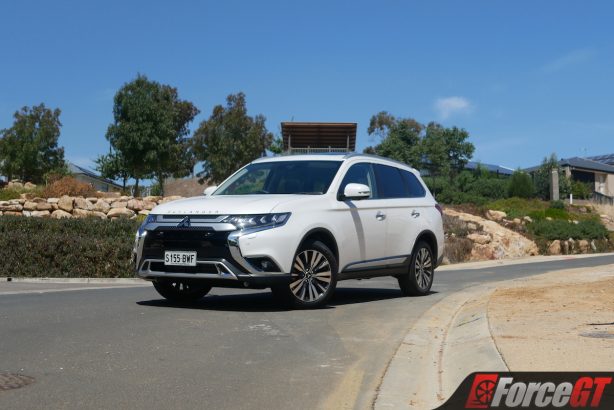 On the road, the Outlander is a bit of a mixed bag in some regards. What’s unquestionable is that it’s a pleasant car to drive on the open road, with its quiet cabin, comfortable seating, and absorbent suspension cosseting all occupants. Even on poorly-maintained country roads, it lets barely a bump bother you, meaning that the revised suspension setup has definitely done the trick.

It’s in the drivetrain department that it doesn’t quite feel the full quid, however, as it’s easy to nit-pick both drivetrain options in the two seven-seat variants. The diesel we have on test is easily the pick over the 2.4-litre naturally aspirated petrol, as it’s far torquier and offers a conventional automatic transmission in place of the petrol’s CVT, but it’s not without its qualms.

On the plus side, it’s very quiet and refined from in the cabin. Yes, you’ll hear it if you mash the right pedal, but it’s hardly deafening and exhibits none of the clatter you’d typically expect, so points to it there. It’s also incredibly smooth – both the power delivery from the engine, and the torque converter-type automatic transmission it’s coupled with. 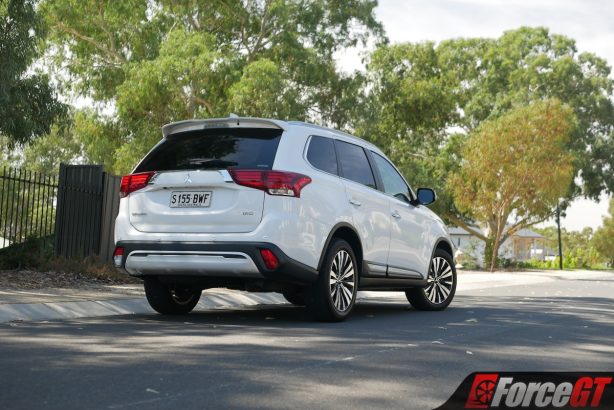 However, when you are giving it some welly, you’ll likely feel somewhat let down by the fact it simply doesn’t have all that much substance to it.

Now it’s not shockingly slow or anything like that, as when the turbo spools, you’ll be able to overtake slower-moving traffic safely, but it’s hardly the most muscular oiler in the class. Put it against the similarly-sized 2.2-litre diesel engines on offer from Mazda, Kia, and Hyundai, and they’ll absolutely spank this thing – as would many of the smaller 2.0-litre diesel rivals out there, too.

It’s edged-out in the corners by a few of its competitors as well, as its steering – which still remains fairly light and a little slow off-centre – is aimed more at making it easy to manoeuvre in carparks, rather than carving corners, although it has certainly improved somewhat in terms of responsiveness. It does remain fairly composed in the bends for a car of its size and weight, however, and especially so for one as comfortable as this. 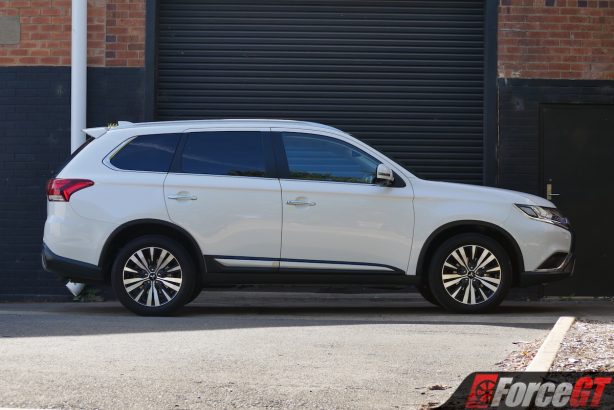 It’s clear to us that the updates and additional refinement the Outlander has received for the 2019 model year has made it a better car, and we’re definitely impressed with how comfortable and quiet it is on the open road – even if the surface is far from perfect.

However, its lethargic powertrains and lack of some mod cons, such as a digital speedometer or sat nav, mean that it does feel outclassed in some regards. Our Exceed tester feels a little too costly compared with the rest of the range, too.

That’s why for the best blend of performance, standard kit, and value pricing, we’d be looking at the all-wheel drive LS models – petrol or diesel, depending on how you’ll be using it – as the best bets. Worth adding to the shortlist? If you can get a good deal, we’d say so.