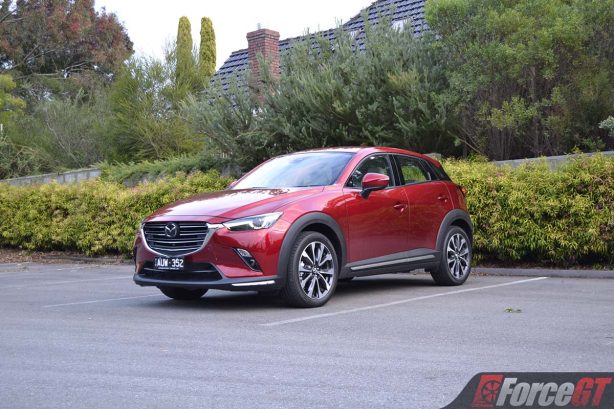 What you see here is the most popular baby SUV in Australia. The trendy Mazda CX-3 first burst on scene back in 2015 and was one of the pioneers of its segment.

Since then, a tsunami of small high-riders follows and there is now one from almost every brand. Often based on an existing small hatch, and in the CX-3’s case, the closely related Mazda2 to keep costs and development time, they have become the vehicle of choice for young and old alike.

While the passage of time has been relatively kind to the CX-3, with the model still one of the best looking on the market, intense competition means a refresh is in order. Mazda also took the opportunity to incorporate customer feedback to make the CX-3 “even more compelling”.

To find out if Mazda has done is enough to keep Australia’s favourite baby SUV on the podium, we spent a week in the now second from top CX-3 Akari all-wheel drive (there’s an Akari LE sitting above). 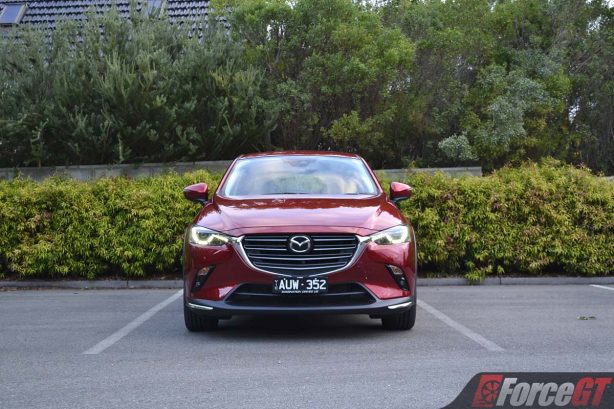 Mazda knows not to mess with a winning formula and as such has been restraint with the facelift.

The refreshed CX-3 sports a new front grille with bold horizontal lines for a more assertive stance, while the rear combination lamps on the sTouring and Akari models have been tweaked for a more premium look. Maxx Sport and above also get black fog lamp bezels and side pillars.

Mazda has also introduced the more premium range-topping Akari LE model to the line-up late last year. It shares the same specification as the Akari except for its more premium Nappa leather upholstered interior and bright 18-inch alloy wheels.

The sTouring and Akari models now feature new LED taillights as well as fresh 18-inch wheels with bright metallic finish that are not only bigger but also better absorb high frequency road noise and vibration for better refinement. 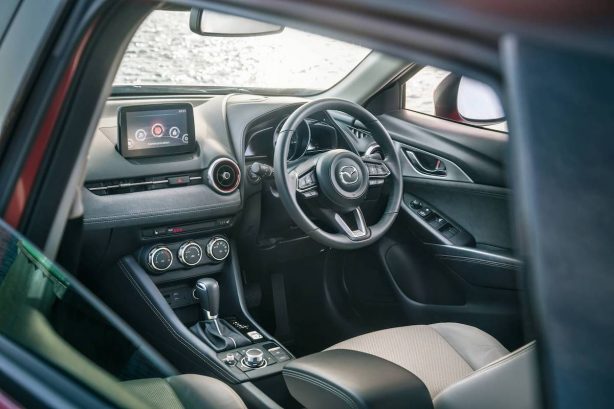 While the exterior makeover is subtle, Mazda has given the CX-3 a substantially revised interior with a redesigned centre console to accommodate the new Electric Parking Brake, which is now standard across the range.

The switch to an electric one also means the Command Controller has been moved forward for easier reach, while a folding padded lid has been added to the console box which doubles as a central armrest. 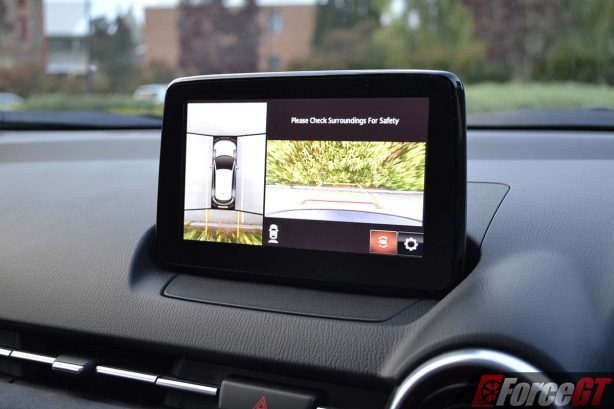 sTouring and Akari models now get new electrochromatic rear view mirror that automatically cuts glare, while a 7-inch touchscreen and reversing camera is standard across the range,

The Akari top dog adds a useful 360o View Monitor that is displayed next to the rear view camera at the same time, and adaptive cruise control with stop&go functionality.

Those are in addition to previously standard fare like Bluetooth connectivity, DAB+ digital radio, internet radio integration (Stitcher and Aha) and keyless start. Mazda has also finally rolled out Apple CarPlay and Android Auto smart phone mirroring on the CX-3.

The Akari’s adaptive LED headlights also works brilliantly at night by deeping select LED to reduce glare for vehicles ahead while keeping the high beam on.

However, some safety features are confined to the more expensive sTouring and Akari models, including Driver Attention Alert, Lane Departure Warning (Akari only), front parking sensors, Rear Cross Traffic Alert (available from Max Sport and above) and Traffic Sign Recognition. 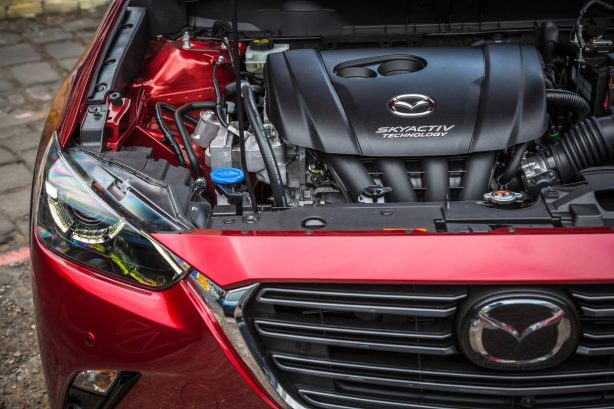 It is paired with a six-speed automatic that sends power to all four wheels via an all-wheel drive system.

Fuel consumption for the Akari AWD auto is rated at 6.7L/100km and after our weeklong test, we saw an indicated return of 9.0L/100km with predominantly city driving – where most buyers will spend their time in. 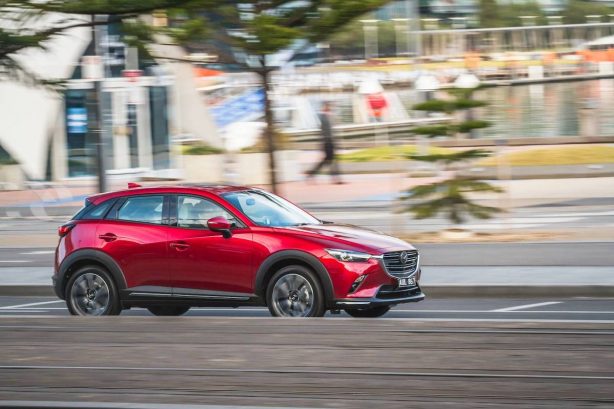 Mazda is well known for its driving dynamics and the CX-3 lives up to the reputation. It drives not unlike a regular hatch due to the fact that it’s not very tall all at, but also its quick, eager steering and accurate handling.

handling – thanks in part to its all-wheel drive – yet ride comfortably around our crumbling city roads, even with large 18-inch boots.

While boasting an extra kilowatt, the hardworking engine still need a bit of encouragement for overtaking, and despite additional noise and vibration tweaks, the CX-3 engine like to exercise its vocal cords at higher revs, too.

Its buttery smooth six-speed auto is well calibrated and finds the right cog in most situations. Mazda is also only a handful of manufacturers that get their manual mode spot on – tap up to downshilft, and pull down to upshift – providing keen drivers with an extra layer of engagement and control.

It’s not all positives though, as the steering can feel a little unevenly weighted especially just off centre but it does get better as more lock is wound in, while road noise is still on the high side compare to newer offerings such as the Toyota C-HR.

Like almost everyone else these days, Mazda has recently increased its 3-years/unlimited warranty to 5 years without a mileage cap.

The CX-3 requires a visit to the dealer every 10,000km or no longer than 12 months, which ever comes first. Servicing cost for the first 5 years of ownership for the Akari AWD comes to $1,661 for the first five years.

Like the rest of Mazda’s line-up, the running improvement made to the CX-3 brings better usability,  improved refinement, as well as better equipment.

Its cabin is still one of the best in its class in terms of ergonomics and presentation. Our range-topping Akari adds a touch of class with leather and suede interior, let down only by some hard plastics.

Its dynamic ability will also endure itself to keen drivers without compromising too much on around town comfort.

The 2019 Mazda CX-3 should hold on to its podium position quite comfortably.