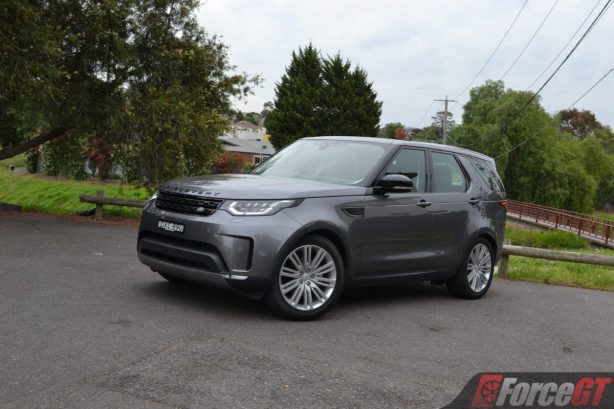 Need to put more than 5 bums on seats in comfort? Buy a MPV or Multi Purpose Vehicle, right?

Wrong. That was probably the right answer twenty years ago but in 2019, the SUV has become a MPV and anything in between, straddling every segment you can think of. Just ask car company executives shivering at the unstoppable decline of the traditional family sedan (or wagon) that most of us would have grown up in.

Queue the Land Rover Discovery – a 7-seat SUV (albeit optional) for SUV obsessed Australians. In fact, this isn’t the only 7-seater on offer from the British SUV specialist. Most of its line up – except for the baby Evoque and mid-size Velar – can be had in 7 seats configuration. There are plenty of choices.

So, to find out if a four-wheel drive designed predominantly for rugged off-road use is any good as a family bus, we packed the one-down-from-top Discovery SD4 HSE with seven relatives on an epic 600km one-day road-trip around Victoria.

The idea is to gauge from each occupant how comfortable their assigned seat is, as well as the adequacy of the amenities on board, and whether they would happily hop back on, or prefer to stab themselves with a chopstick instead. 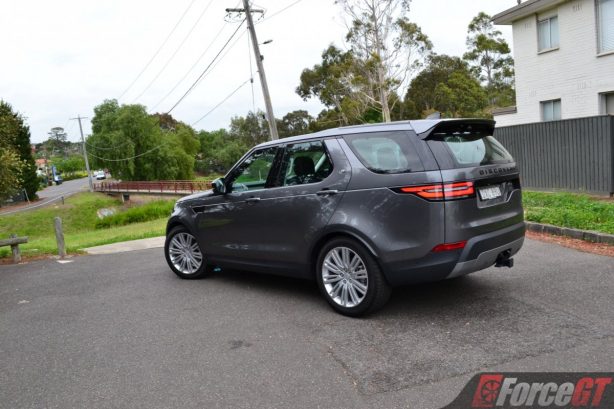 Priced from $96,250 before on-road costs and options, the Discovery SD4 HSE isn’t what you’d call cheap, although you do get a generous amount of equipment to start with. There’s air suspension, twin-speed transfer box, LED headlights, auto high beam, powered tailgate, sunroof upfront and a fixed rear panoramic roof.

Despite the comprehensive list of standard equipment, the Discovery’s option list is just as long. Amongst the myriad of options fitted to the test car include sliding front sunroof and fixed rear panoramic roof ($4,370), Surround Camera System ($1,650) and four-zone climate control ($950). 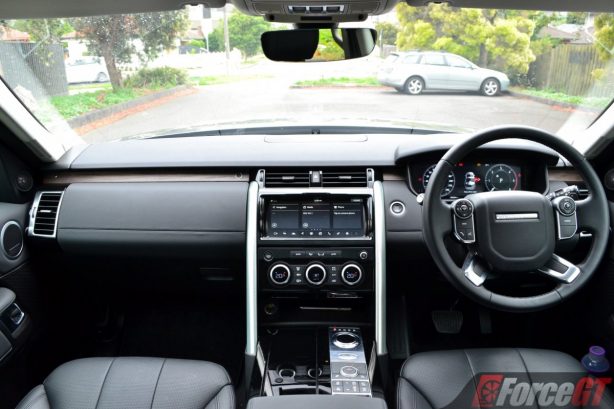 First impression was definitely on the positive side, as the Disco garners an admiring look from my car-loving uncle visiting from Malaysia. Spec’ed with 21-inch wheels, upmarket premium paint and a sumptuously upholstered interior, the Discovery certainly doesn’t look out of place amongst the gleaming skyscrapers of Melbourne CBD.

Climbing up the towering Disco might be akin to scaling Mount Everest for the vertically challenged but the air suspension automatically lowers the car when parked to make entry and exit easy.

Once inside, the spacious cabin endears itself to all on board, even those who are relegated to the 3rd row of seats, a triumph in itself, as they are genuinely suitable for the average adult. The 2nd row of seats slide forward for ease of access, although the opening is still relatively tight, requiring careful manipulation of one’s body to squeeze through. But once inside, there is good head and legroom to make the journey comfortable. The air-con is also powerful with all seats getting their own air vents to keep everyone happy.

The driving position is excellent too, with all controls falling easily to hand, while the power adjustable steering column moves away gracefully for ease of entry and exit. 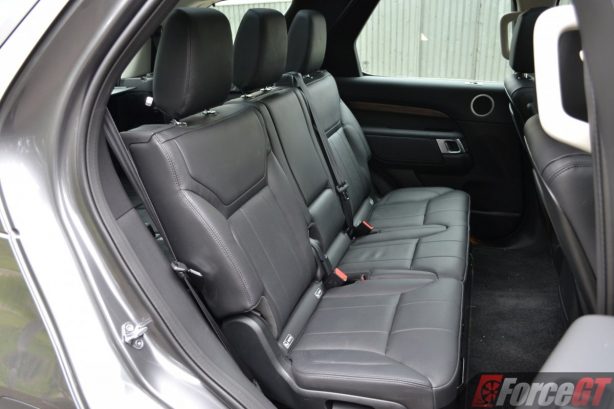 Our first stop was the Mount Dandenong ranges for morning tea at one of the many teahouses.

With 2.2 tonne of SUV and 7 passengers on tow, the SD4’s 177kW/500Nm 2.0-litre four-cylinder twin-turbo diesel makes surprisingly easy work of hauling its load up hill, thanks to a muscular 500Nm of torque that comes on from just 1,500rpm. There is still some initial turbo lag, but once the pair of turbochargers spool up, the Disco will get up to speed quickly.

All 7 of us could have decent conversation catching up on family gossips without straining our vocals, too, courtesy of the relatively refine engine. The only time the diesel clatter makes its presence known was on hard acceleration but that’s a common trait for four-pot diesel.

The smooth shifting ZF 8-speed auto matches brilliantly with the powertrain, dishing up the right gear all the time regardless of the driving condition, making the steering-wheel mounted paddles practically redundant. 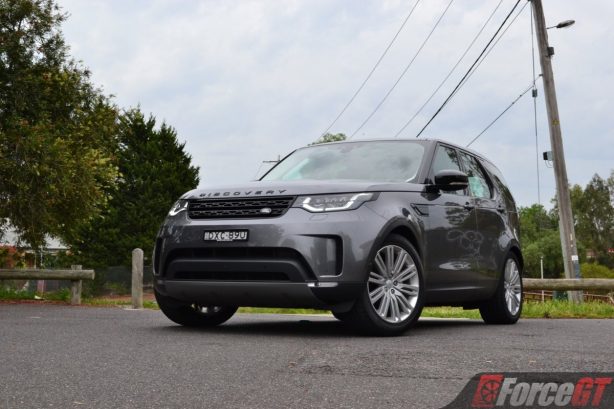 While the Disco’s new lightweight chassis has been infused with extensive aluminium to give it a lighter feel, there is no escaping its heft on the twisty road that snakes its way up to Mount Dandenong. Turn in is sharp for a heavy-duty four-wheel drive but there is significant vertical movement even on the posted speed into a corner.

It’s steering isn’t the most communicative, either, making it hard to place the Disco’s stubby nose exactly where you want it to be. SUVs have come a long way in terms of how car-like they are to drive but the Disco just can’t completely mask its rugged underpinnings in this regard. Those expecting it to drive like a ‘regular’ SUV will be slightly disappointed.

After a couple of delicious scones topped with velvety homemade cream and decadent jams washed down with milky lattes at the Olinda Tea House, I punched in the route for the Mornington Peninsular on the widescreen sat-nav and headed back down the hill. 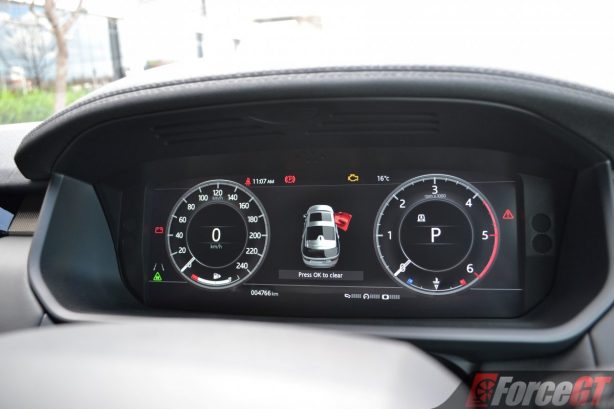 Land Rover’s satellite-navigation is one of the better ones, with crisp modern graphics and easy to use lane guidance. You can also drag your finger on the screen to look at the route ahead or pinch out for an overview.

Out on the freeway, the Disco claws back points it lost in the handling department. With the suspension in ‘comfort’ mode, the Disco is a marvellous long distance cruiser, munching away at the miles with a comfortable and plush ride.

We reached the Mornington Peninsular just after lunchtime and headed straight for the Cape Schanck Lighthouse. Built in 1859, the 21m tower was built from limestone and is still a working lighthouse to this day.

The view out the Bass Strait was truly Instagram worthy even on a scorching 38-degree day when we were there. There were a few other brave folks like us with their selfie sticks but other than that, it was relatively deserted. 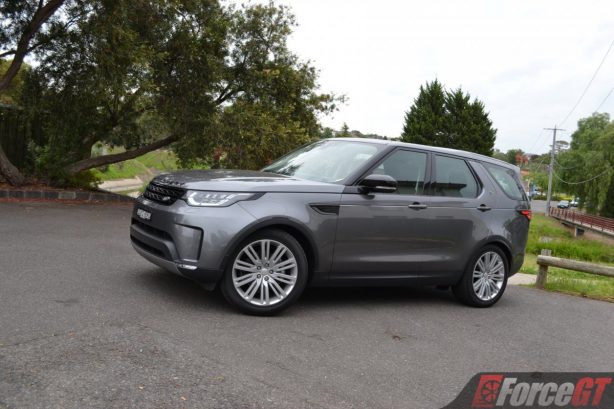 With the prerequisite photos done, we rushed back to the baking Disco and fire up the air-con at full blast to cool us down. It works surprisingly well given the large glasshouse and the ventilated front seats certainly help drop our temperature back to a more comfortable level.

After a late lunch and a beer at a local wine bar, we made our final 1.30 hour track towards Phillip Island via the Bass Highway.

At this stage, a few of the Disco’s occupants have dosed off, leaving my uncle and I to chat about the Disco. He loved the configurable digital instruments and found it classy and easy to use, especially with the map sandwiched in between.

We both agreed that the Disco made perfect sense for those who want a versatile and comfortable premium SUV as a family bus, but also its excellent off-road capabilities. 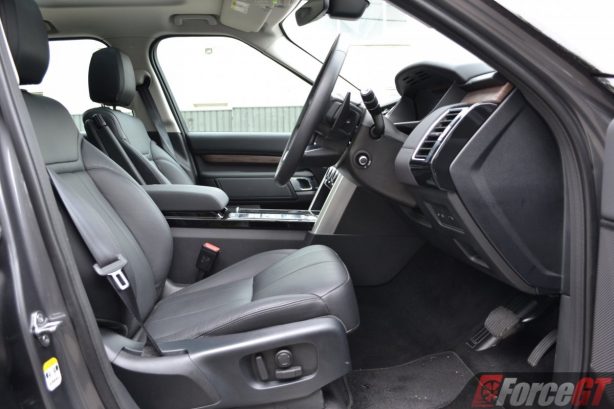 The journey on the Bass Highway was relatively monotonous and is best handled by the cruise control, although we question the lack of adaptive cruise control as standard for the price bracket.

We made it to Phillip Island just in time for an early relaxing dinner at the local fish and chips before joining hundreds of other visitors at the popular Penguin Parade at sunset.

With batted breath, we all sat and waited for the parade to begin. First we saw a few tiny heads bobbing in and out of the waves before noticing a raft. Then as the sun drops below the horizon, the little penguins came out of the water and congregate at the shore, scooping for danger and waiting for the perfect opportunity to make the long track back to their nests on shore.

They waited and waited until one brave penguin decides it’s safe and the rest of the colony follow suit. It’s truly magical to see so many of these tiny creatures emerge out of the ocean and waddle their way home.

With the last of the penguins safely home, we thought we’d call it a night and make our own 90-minute track back to Melbourne.

It’s been a marathon 600km but the Discovery has proven itself to be a genuine family bus capable of transporting everyone in comfort, while not too stramineous on the driver.

It’s safe to say, the Discovery 7-seat is indeed the MPV of the 21-century.