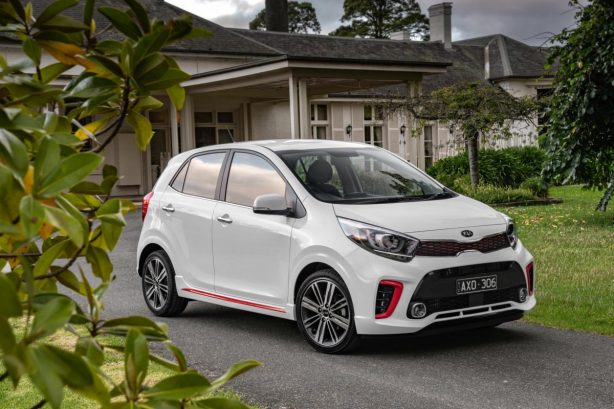 Remember the Volkswagen Up? The pint-size Kia Picanto reminds me a lot about Volkswagen’s delightful little micro car from six years ago. Unlike the Up which was a sales disaster, the Picanto commands nearly 81 per cent of its market segment so far this year and is by far the most popular in its class.

Now into its third-generation, it’s not hard to fall under its charm, especially in sporty GT form complete with a perky turbocharged triple, 16-inch alloy wheels, stylish sports body kit and plenty of other swanky features.

The 5-speed manual only Picanto GT is also just $700 dearer than the non-turbo Picanto GT-Line auto, while there are also two high-riding pseudo SUVs in the form of the $16,190 Picanto X-Line and $17,790 Australian Open Edition – all excluding on-road costs. 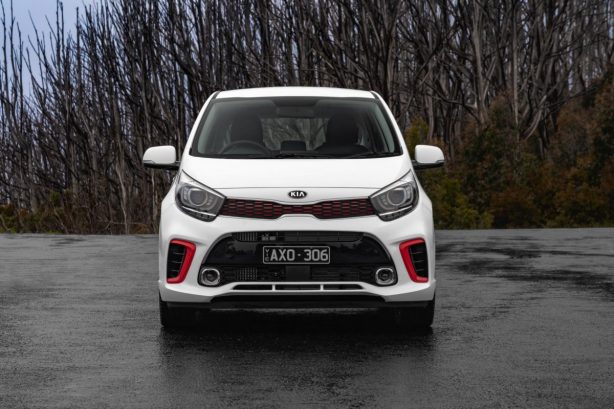 Big wheels and a chunky body kit always make a car look more desirable and the GT certainly has the greatest presence of the Picanto line-up, something likely to be appreciated by the twenty-something clientele the Kia is out to court.

To further set it apart from garden variety Picanto’s, there’s twin exhaust at the back, contrast body accent in red, satin chrome or black on its body kit and 16-inch alloys shod with 195/45R 16 tyres behind the newly flared wheel arches.

With wheel at each corner and decent proportions, the Picanto GT is certainly better looking than most rivals, including the Suzuki Ignis. 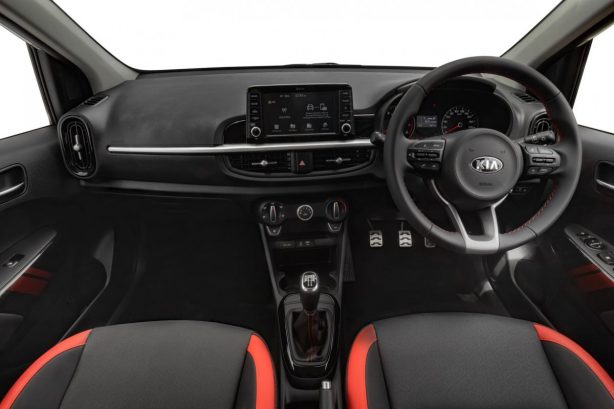 Sporty touches include red stitching on the steering wheel and sports alloy pedals.

There are plenty of storage spaces dotted around, including two cupholders between the front seats and a tray for your smartphone.

You also get a sliding centre armrest – a rarity in its class. It not only improves comfort but also opens up to reveal additional stowage beneath.

While the standard feature is no doubt extensive, the lack of reach adjustment on the steering column is a disappointment especially for shorter drivers.

However, the biggest ergonomic bugbear is the placement of the clutch pedal in relation to the underside of the dash, making it far too easy to get the tip of your shoe caught while releasing the pedal.

How roomy is the Kia Picanto? 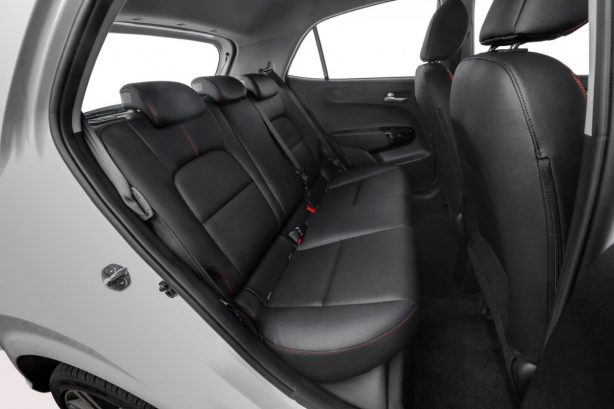 There’s sufficient head and legroom for two tall adults to sit comfortably at the front of the car, and the little Picanto is wide enough to ensure they don’t rub shoulders.

However, taller rear seat occupants might find their knees pressed up against the front seatbacks especially if anyone tall is seated up front. Kia has provided three rear seat belts but sitting three adults in the back is a serious squeeze. Headroom is good though, thanks to the high roofline.

The Picanto’s diminutive stature means its boot space isn’t huge at 255 litres but that’s to be expected. Dropping the 60/40 split rear seat backs will expand it to 1,010 litres.

How safe is the Picanto? 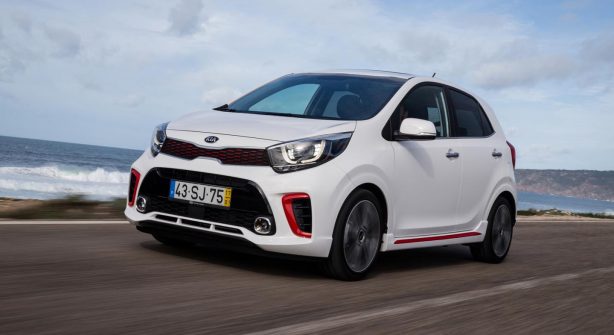 The energetic 1.0-litre turbocharged three-cylinder petrol engine produces a modest 74kW at 4,500rpm and 171Nm of torque from a low 1,500rpm to 4,000rpm but with just over a tonne to haul, it’s anything but sluggish.

Take off is impressively swift and it could even give some hot hatch a run for their money if your foot work is good.

You’ll generally upshift higher in the Picanto GT, too at around 4,500rpm to keep the turbo on boil. The clutch pedal is light with good take up and the five-speed manual is precise and a joy to use.

Its suspension is on the firm side, so some might find it doesn’t ride as smoothly as a Suzuki Ignis or Fiat 500. However, thanks to its well-judged damping, the Picanto GT doesn’t bounce around uncontrollably over larger ripples, as some micro cars are prone to. The ride also settles nicely out on faster roads.

Take the little Picanto out onto some country B-roads and it comes alive, darting into bends with impressive body control and agility. It’s playful and engaging. And while the steering doesn’t provide a great deal of feedback, it’s accurate.

It’s an enjoyable little car to punt around.

After a week of hard driving and city commute, the Picanto GT’s trip computer reports it’s averaging 6.8L/100km, which is 2.0L/100km over its manufacturer’s claim.

All Kia’s come with 7 years/unlimited kilometre warranty while it costs $1,838 to service the Picanto GT over five years, or $2,964 over seven years.

The Picanto GT highlights that a fun car doesn’t have to be expensive. It’s safe, well equipped and relatively easy to drive. It makes a great first car or even a city runabout that you could enjoy over the weekend.

Previous Second-gen Toyota Mirai unveiled as stunning premium sedan
Next Motorclassica 2019: Classics to Supercars and everything in between