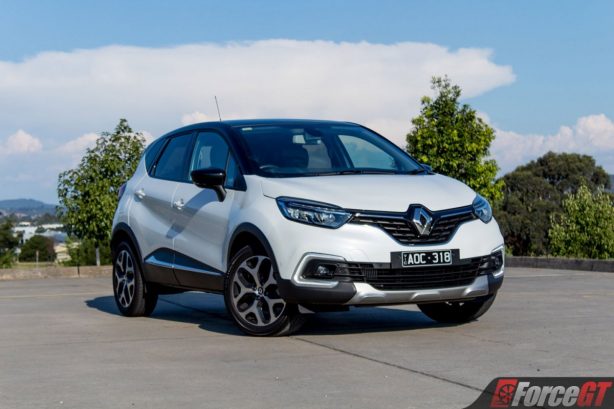 Brisk acceleration, precise handling and that direct crisp feel through the wheel, when it comes to the modern family car, none of this matters in the slightest. That’s because the family car has the far more important objective of providing practicality, comfort and above all else affordability.

This puts the 2018 Renault Captur on good footing right from the get-go. Top spec and sporting a price tag of $28,990 places the Captur Intens tested here well within reach of the family budget while including loads of practicality and a sprinkling of luxurious features. 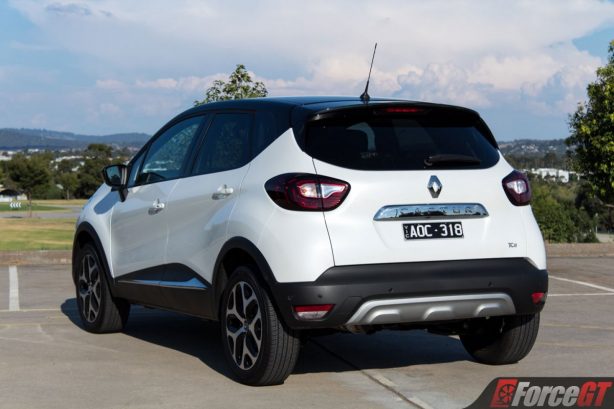 It’s a rather dashing car appearance wise, which is a tough job to pull off for an SUV as they all sort of look the same at a glance. The black roof and wing mirrors work well with the door sills to make this SUV stand out from its peers. Up front sits Renault’s signature C shaped driving lights alongside the Pure Vision LED headlights which put any halogen setup to shame and look a treat. With that two tone styling and flowing lines Renault have styled up one of the best looking mid sized SUV’s currently available.

Based on the smaller Clio platform the interior of the Captur is instantly familiar making use of the same dashboard layout and gauge cluster. Don’t expect much in the way of colorful trimmings as Renault have kept everything bar the seatbelt release buttons to shades of grey.

Rather than using a lever to recline, you’ll have to make do with a dial, which is oddly located on the inner side of both seats just below the fold down arm rest, the advantage being that you have unlimited adjustment options. Below that lies the centre console sitting virtually on the floor which houses the economy, cruise control and off-road switch gear. Not the easiest of places to reach especially with the arm rest down. 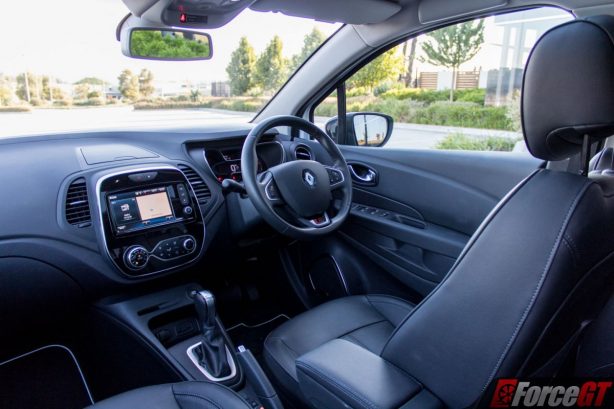 Storage falls to several pockets dotted around the interior, none of which can accommodate bulky items. A large chunk of storage space that should be available in the centre console has been eaten up by the fuse box, a sacrifice made to keep costs down when converting the Captur to the right hand drive market.

On the positive side the leather seats are wonderfully comfortable and come heated for those cold winter mornings. Both the steering wheel and gear lever, along with the arm rest are finished in leather which is a tactile bonus.

The entire cabin allows plenty of light in particularly from the sunroof, while the single zone climate control is easy to operate. The same goes for the instrument cluster; it’s simple and effective at showing the key information at a glance. The big digital speedometer readout will keep those speeding tickets at bay and the trip computer will show you exactly how much fuel you’ve used in litres, helping predict your next fuel stop to precision. 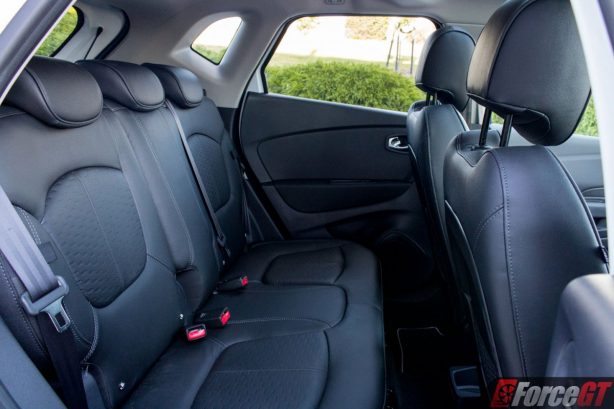 The role of pushing the Captur around falls to the 1.2-Litre turbocharged 4-cylinder engine which makes 88kW of power once revved out to 4,900rpm and 190Nm of torque from 2,000rpm. It’s enough for around town and the freeways but always feels lacking when you need to get moving quickly.

The fuel consumption rating of 5.8L/100km is a bold claim and I wasn’t able to get that close with my 8.6L/100km figure, but then again I did little freeway work with the Captur for the week that I had it, spending most of my time with short trips around town. The Captur Intens only comes with a dual clutch automatic transmission which is a shame as it suffers from the same issues as the unit found in the Clio. Shifts are unresponsive and gears are held for too long which may be a symptom showcased by the lack of power. 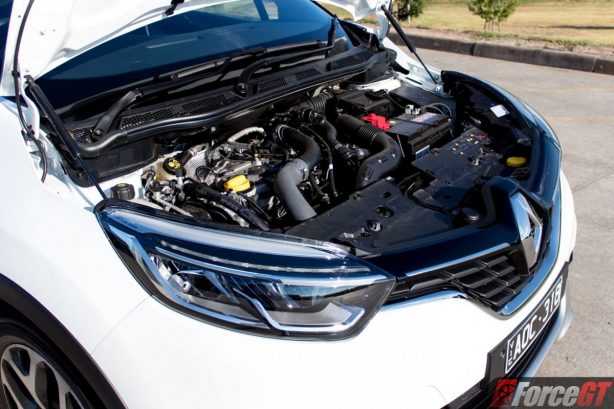 Soft suspension and a bit of body roll are present making the Captur great at tackling rougher roads and speed bumps. It won’t inspire you to tackle your favourite B-roads but it will keep the kids in the back comfortable and happy.

Out back, there’s plenty of leg room and ample space for three children. Stuffing three adults in the rear becomes a squeeze and headroom starts to become an issue though leg room remains excellent. Sadly, there’s no rear arm rest mounted into the 60/40 split seats but you do have the option to slide the entire bank of seats forwards to extend your cargo space in the hatch. Starting off at 377 litres, you can drop the seats, slide them forwards and remove the flat boot floor cover to max it out to 1,235 litres.

Overall the Captur Intens is fairly well equipped. Speed limited cruise control is a great addition, if slightly annoying to activate thanks to the floor mounted switches. Parking duties are made effortless thanks to the reversing camera along with the front, rear and side parking sensors. Satellite navigation is included and displayed through the centre console mounted 7-inch touchscreen which supports digital radio with acceptable audio quality.

For those that dread parallel parking you’ll be able to make use of Renault’s parking assistance which will scan for a vacant spot and once locked on, handles the steering inputs for you. Blind spot monitoring is included yet almost pointless during the day as the lights aren’t bright enough to be seen out of your peripheral vision, not a huge issue as visibility is all around decent with only the thick A-pillars getting in the way occasionally.

And finally, the heated seats and sunroof top out the list of noteworthy features. For a top spec model, the Captur Intens lacks much of the newest safety tech. Don’t expect autonomous emergency braking, lane keep assist or forward collision warning, only the front occupants are graced by airbag technology, no curtain airbags to be found in the back. 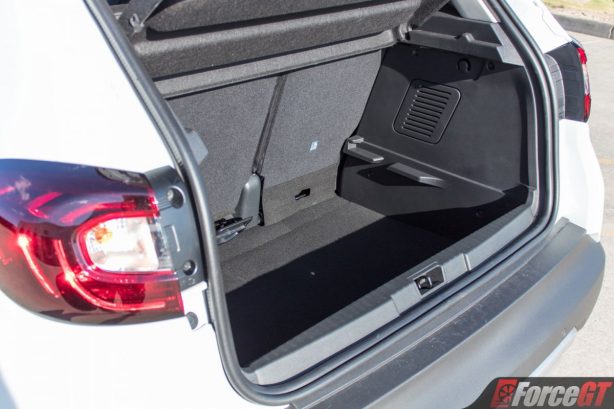 When building the Captur, Renault has allowed the accountants to dictate all the moves culminating in a SUV that ticks all the practical boxes while keeping the price in check. The end result is an affordably priced and practical compact SUV with sophisticated body styling and a sampling of features found in higher priced and spec rivals, but is relatively uninspiring to drive.