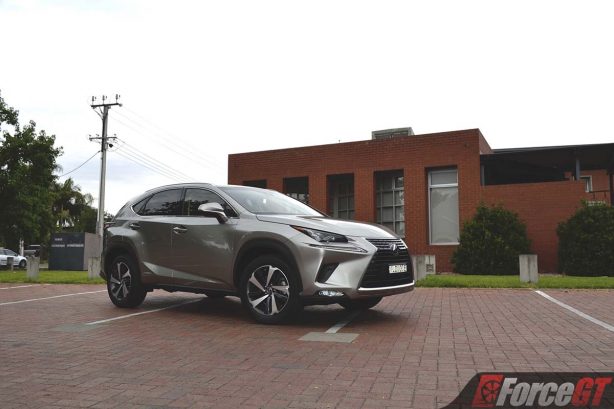 The popular Lexus NX has received its first major update since its introduction in 2014. Introduced as Lexus’ answer to the Audi Q5, BMW X3 and Mercedes-Benz GLC, the NX has been a showroom success for the brand, accounting for nearly 1 out of every 3 Lexus sold in Australia. A lot is riding on its broad shoulders then.

Since its debut though, new-generation models of the Audi Q5, BMW X3 and Volvo XC60 have also hit the market, making life more challenging for the NX. An update is hence inevitable.

But Lexus knows not to mess with what brings buyers into its showrooms in the first place – the NX’s styling – and instead focused on the details that enhance its visual impact. 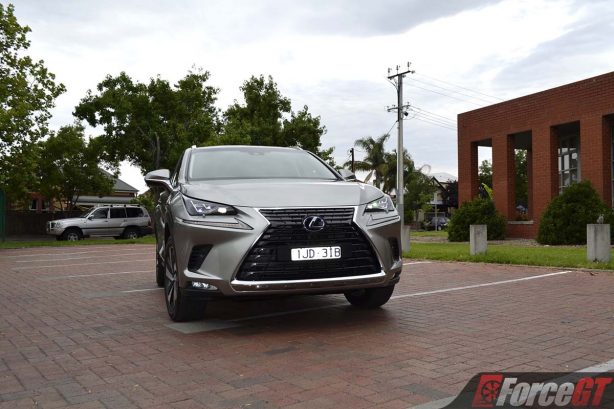 The signature spindle grille on the NX Luxury and Sports Luxury now has a powerful new 3D look with horizontal bars and layer blocks, while the F Sport features a pronounced mesh grille with new vertical interwoven pattern, aligning it to the RC F sports coupe.

There is also fresh new machined and dark metallic finished 18-inch alloy wheel design for the Sports Luxury (tested here) model, while at the back, all variants get new LED combination lamps. 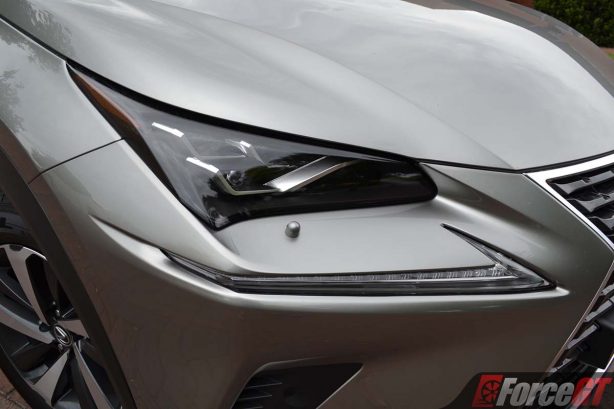 Inside, the new 10.3-inch high-resolution display is a welcome improvement, along with the more ergonomically efficient climate control panel with four easy-to-operate toggle switches and the addition of a digital speedometer in the Multi-Information Display.

The central analogue clock is now larger, with a clearer face and a more pronounced outer ring, making it easier to read. It also has GPS control to adjust for time zones when you drive across borders. 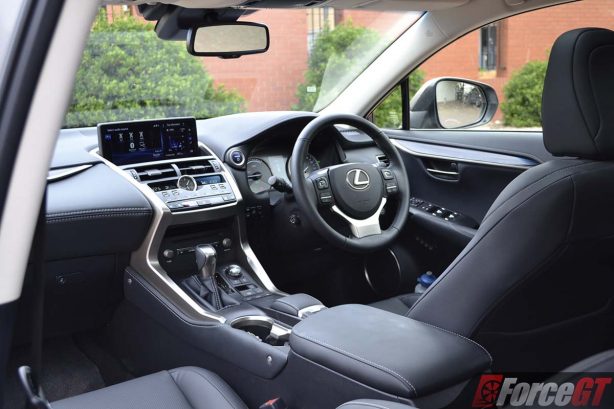 Our range-topping model also gets electric folding rear seats that fold the rear seat backrests to expand the boot from 475 litres to 1,520 litres – just 30 litres less compared to the new Audi Q5.

The magnificent 14-speaker premium Mark Levinson system in our Sports Lux now has Clari-Fi Compression Audio Restoration Technology to recreate sounds lost in compressed MP3 or streaming files in real time, such as the high and low-range sounds and natural voice.

Unfortunately, Lexus is persisting with its remote touch interface for the infotainment system. And while it is now larger and offers better support from the reshaped palm rest, it’s still tricky to operate on the move compared to rival systems. Happily, the wireless charging tray is now wider and longer to accommodate ever-larger smartphones and voice control finally works!

While the cosmetic and specification enhancement are welcome, Lexus has made crucial changes to other areas that matters, including refining the NX’s suspension to further improve stability, body control and ride comfort.

The Adaptive Variable Suspension (AVS) (standard on F Sport and Sports Luxury) has also been upgraded to the latest iteration with linear-solenoid actuators that provide 650 switching levels (up from 30 in the previous iteration) for continuously variable damping. 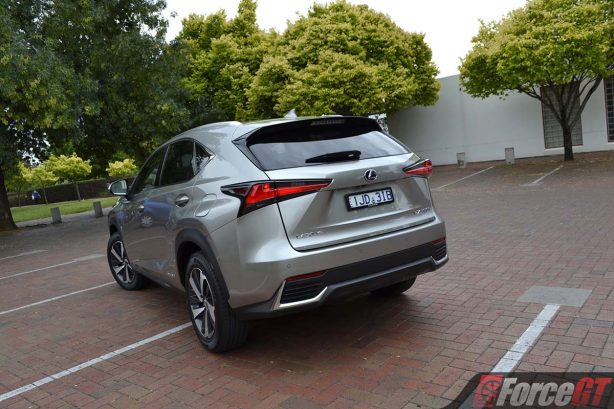 The result is an even more comfortable ride around town with improved refinement and an already excellent NVH (noise, vibration and harshness). The suspension does a fine job of smoothing out road imperfections, yet remaining lively on country roads. 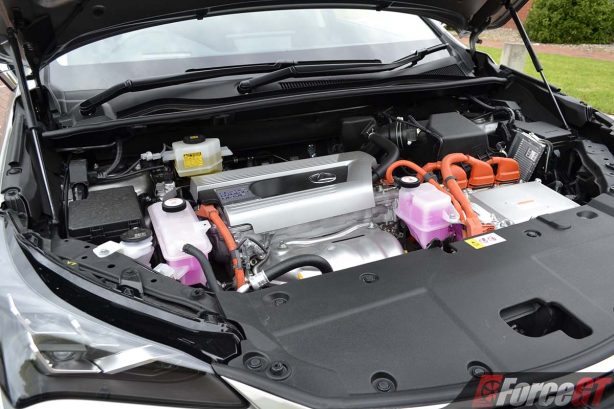 The 2018 Lexus NX carries over its power and drivetrain from the pre-facelift model. That means a 2.0-litre turbocharged four-cylinder petrol with 175kW and 350Nm of torque in the now rebadged NX 300, or a 2.5-litre naturally aspirated petrol hybrid putting out 147kW/221Nm in the NX 300h we tested here.

While the turbocharged engine matches with a conventional 6-speed automatic transmission, the hybrid uses a CVT automatic gearbox which makes the engine drone when you put your foot down without the expected surge in acceleration. The NX is therefore more at home when you’re gentle with the throttle, where it will glide around town in near-silent electric mode, as long as you are doing below approximately 30km/h.

Lexus says the NX 300h will return a combined fuel consumption of 5.7L/100km. Our weeklong test sees the trip computer reading hovering at 7.7L/100km with about 70 per cent urban driving.

Like most hybrids, the NX’s brake pedal feels wooden, making it hard to modulate the brakes smoothly.

Lexus has done a great job refining what is essentially an aging chassis, bringing an even higher level of refinement and responsiveness to the facelifted NX.

The improved safety equipment and updated styling ensures the NX remains competitive and sharp against its newer rivals, while Lexus’ second to none built quality and reliability bring peace of mind.