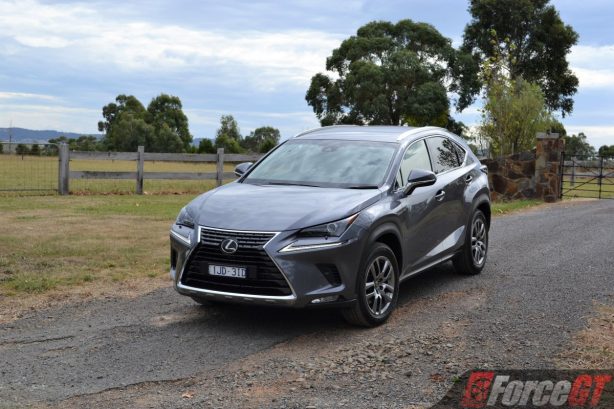 The Lexus NX made a late entry to the burgeoning premium mid-size SUV market in 2014. Better late than sorry, the NX brought instant sales success for Lexus to become its best selling model, accounting for two-thirds of the brand’s SUV sales and every one in five Lexus models sold.

In the broader spectrum, the NX is bringing fierce competition to such established nameplates as the Mercedes-Benz GLC, BMW X3, Audi Q5, Land Rover Discovery Sport and Volvo XC60.

Naturally, Lexus is not letting the momentum slow down so here comes the model’s first major update since its debut. There are changes to the design, updates to the interior and features, as well as improvements to the ride and handling. 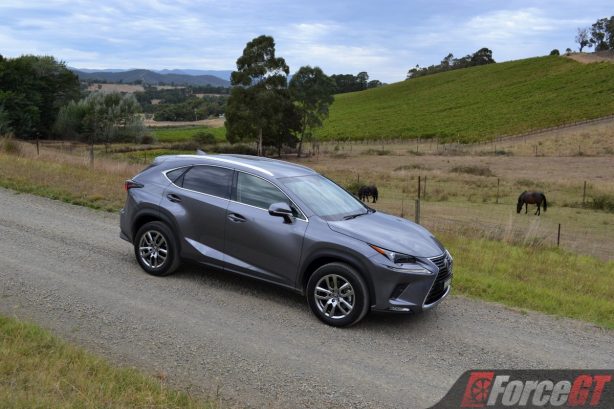 The range opening NX Luxury grade, which is the subject of our review here, has been the top selling model in the three-tier line-up which also includes the mid-spec F Sport and the range-topping Sports Luxury. It isn’t a surprise that the base model gets the most deals sealed because it packs excellent value. Where the least expensive variant in the range is usually a poverty pack in rivaling European brands, Lexus has equipped the NX Luxury with toys that you would have to pay a sizable amount of coin for elsewhere. 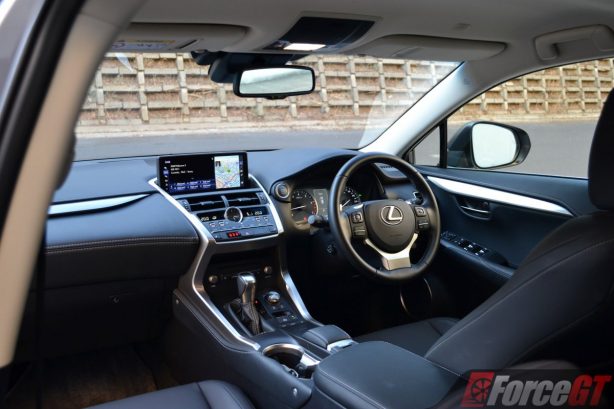 New interior colours and increased interior colour choices further allow greater personalisation of the cabin, while wide view has been added to the rear camera function to boost visibility when reversing. There is also a larger 10.3-inch infotainment screen with a new graphical interface that operates through the new-generation Lexus remote touch controller. 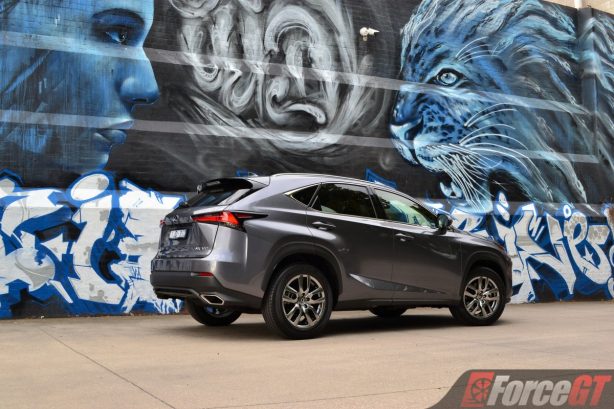 The added features are backed by a subtly tweaked exterior, with the signature spindle grille on the NX Luxury now sporting a new 3D look with horizontal bars and layer blocks. The front and rear bumpers have also been revised for a sportier appearance, while the taillights have been stretched and the upper tailgate squared off to give the crossover a wider and more muscular stance.

Inside, the aforementioned 10.3-inch high-resolution display is the highlight of the updated interior, along with the more intuitive center console control panel with four easier-to-use (though still odd) climate control toggle switches. Lexus has also heeded criticism by adding a digital speedometer in the Multi-Information Display (well done).

Adding to the premium cabin ambience, the central analogue clock is now larger, with a clearer face and a more pronounced outer ring, making it easier to read. It also has GPS control to adjust for time zones when you drive across borders.

Elsewhere, the wireless charging tray is now wider and longer to accommodate ever-larger smartphones. The voice control – though still in need of intensive English lessons – is now finally willing to work before you think of giving up. 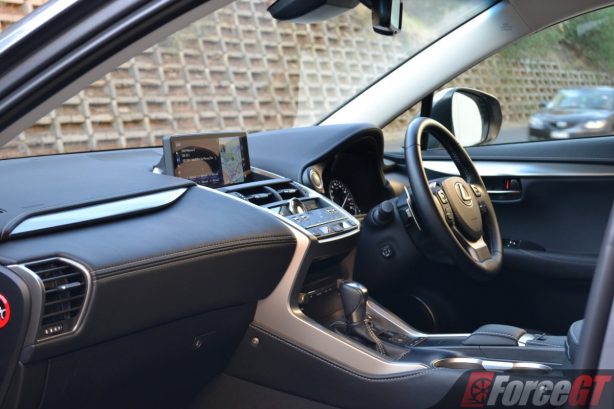 What lets the otherwise excellent interior down slightly is Lexus’ controversial remote touch interface for the infotainment system. While the touch pad is now larger and the reshaped palm rest offers better support, it’s still tricky to operate on the move compared to rival systems, often selecting the wrong on-screen button when you make a selection by pressing down on the touch pad. The new menu structure is an improvement but it is still rather messy. Perhaps, Lexus should take a look at the more user friendly Mitsubishi system, which uses a similar touch pad style interface for its infotainment system. 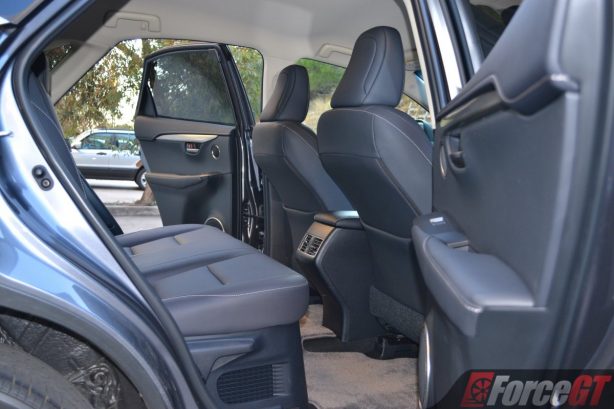 The NX’ interior dimensions have remained largely unchanged, which means comfortable seating for four average sized adults, or five if the those seated in the rear don’t mind a bit of a squeeze. Further aback, there are 475 litres of boot space, expandable to a generous 1,520 litres with the rear backrests folded down.

Ride quality has stepped up a notch thanks to refinement made to the NX’s suspension to further improve stability, body control and ride comfort. The ride is noticeably smoother at mid to high speed, though low speed ride can still benefit from more effective damping to smooth out the edges.

The previous NX is very a quiet car but this new one is even more so thanks to strategically placed sound deadening which further improves the NX’s already low NVH (noise, vibration and harshness) levels, making it really delightful to drive around town. 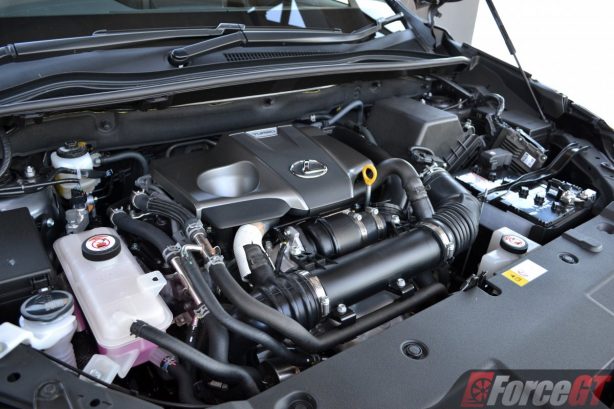 The 2018 NX range carries over the existing powertrains. Under our NX 300 bonnet is a turbocharged 2.0-litre in-line four-cylinder engine, putting out 175kW of power from 4,800-5,600rpm and 350Nm of torque from 1,650-4,000rpm. It’s a very refined unit that barely makes itself known under normal driving. Put the hammer on and it emits a purposeful growl as the revs hurl toward the red line. Lexus claims a 0-100km/h time of 7.1 seconds (AWD), not exactly quick but brisk enough for most families’ needs.

The engine can operate on the fuel-saving Atkinson cycle besides the conventional Otto cycle. The late intake valve closing of the Atkinson cycle reduces pumping losses and, as such, boosts fuel efficiency. Fuel economy is rated at 7.7 litres/100km with 2WD and 7.9 litres/100km with AWD. At the end of our week long test our AWD model averaged 9.5L/100km which is quite respectable for a mid-size SUV.

The idle stop and start system is also one of the smoothest we have come across, firing up with the delicacy of a samurai sword slicing through air. However, the six-speed auto, while smooth, could do with more ratios to better keep the engine in its powerband during hard acceleration while also introducing extra overdrive gears at highway cruising to further aid fuel economy. 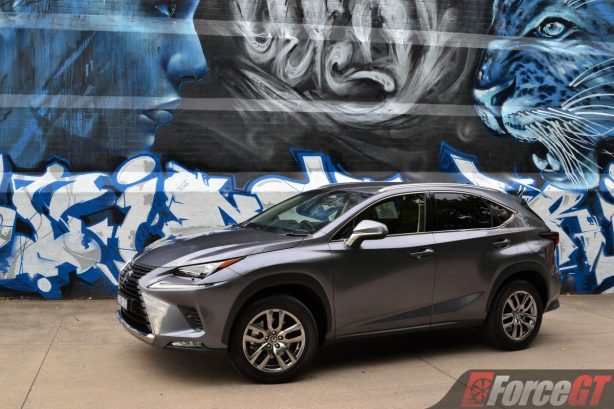 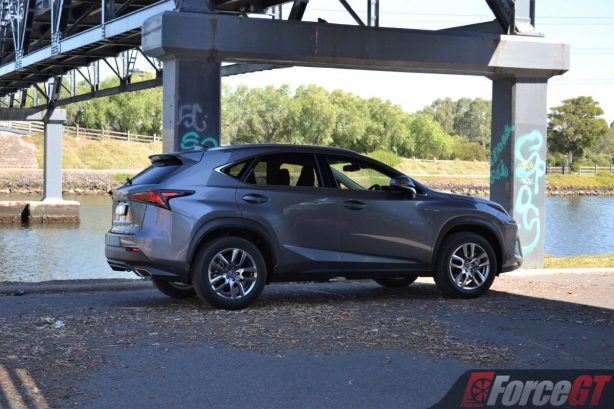 Buying a Lexus is always more than just buying a vehicle because its aftersales service is simply second to none. Consistently topping the respected J.D. Power automotive surveys for customer service and vehicle dependability, it’s not hard to see why the Japanese luxury brand has some of the most loyal customers of any car company.

Lexus offers a free loan vehicle when your car is being serviced or can even come to your home or office to pick up and then return your Lexus for servicing. Lexus’ four-year/100,000km warranty is also a year longer than most luxury rivals.

Lexus has made all the right improvements to its most important and best selling model. With the already lengthy standard feature list now made even more exhaustive, plus upgrade to ride and handling, the NX 300 is a very complete premium compact SUV, even in the base Luxury trim. It’s certainly a compelling alternative to the usual European offerings.