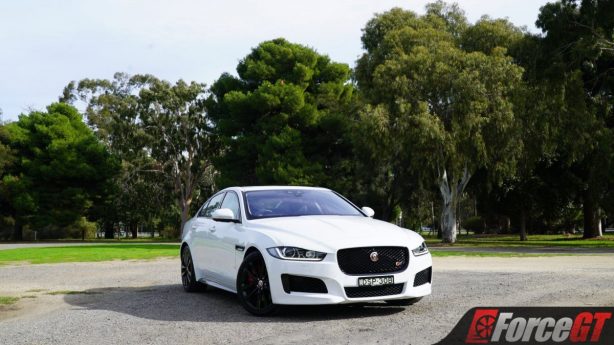 The recently updated Jaguar XE S – the sportiest version of the iconic British brand’s smallest sedan – is a car that really treads its own path in what is a typically German-dominated segment, with the Mercedes-AMG C43, Audi S4, and BMW 340i being the dominant forces within in this niche, and this car’s biggest rivals.

Where most small sporty sedans are styled to look aggressive and racy to match their snarling turbocharged engines, the XE S, on the other hand, sports elegantly simple good looks. Nothing looks out of place or tacked on, and every line makes sense. It looks powerful and muscular without being over the top, and it has just the right amount of garnish to let you know that it’s not your normal run-of-the-mill model.

And what makes it so un-ordinary among not only the XE range but also among the segment is the wonderful engine it’s sporting – a buttery-smooth 3.0-litre supercharged V6 that emits a soulful though relatively subdued croon. 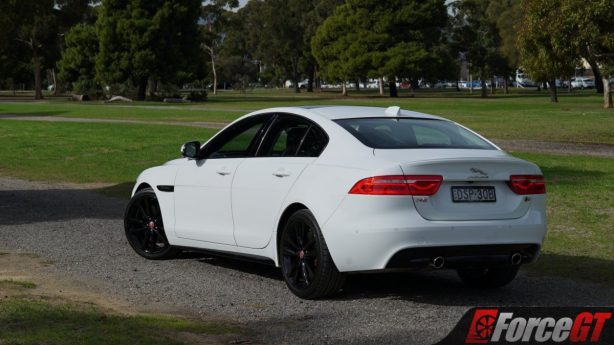 As is arguably the proper way of doing things, the very respectable 280kW (up from the 250kW of yesteryear’s model) and 450Nm the blown six produces is all sent to the rear wheels via an automatic transmission – in this case, a ZF-sourced eight-speed unit that has become an industry standard.

Inside, there’s little other than a small S badge on the steering wheel’s centre spoke to clue you into the fact that this is in any way different to any other XE you could choose from. On the surface at least, everything looks very classy, with a dashboard that encompasses you, crystal-clear screens and smartly laid-out controls, and little touches like the wood trim that add just an extra tad of British charm to the equation.

It’s nice and roomy, too. Well, at least it is up front. Space for those relegated to the rear pew is limited, though namely in terms of the limited legroom they’ll be greeted with, especially if those sat up front are themselves long in the leg. Granted, the rear seats do fold down in a 40/20/40 split, so that does open up possibilities a bit more – not just to repurpose that space, but also to expand the small-for-the-class 415-litre boot. 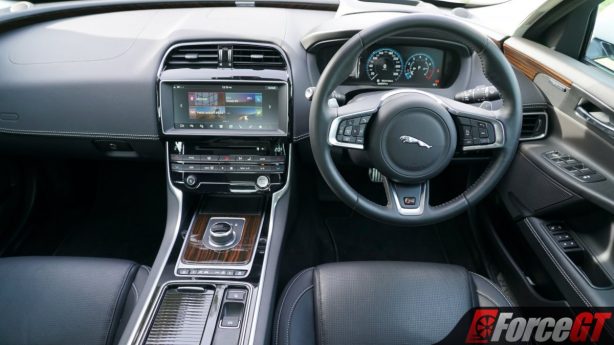 When you start poking around, you start to find more faults than just the rear legroom though. While the majority of the materials and switchgear you’ll be using the most all feels premium enough, there are a few too many sections of hard black plastic for my liking, such as across the dashboard and on the centre console.

The door cards are also rather poorly laid out, with the memory controls – that do, at least, remember seat, steering wheel, and side mirror positions – located where you expect the window switches to be. Furthermore, the leather-wrapped spots where you rest your elbows on the doors and the centre console have an uncomfortable lack of cushioning which becomes pronounced on longer drives.

By no stretch is it all bad though, although that may be in part due to the many, many options this press car was fitted with – $20,190-worth to be exact. These included features you’ll quickly notice – such as the larger 10.2-inch InControl Touch Pro infotainment screen and fantastic 825W Meridian surround sound system, the head-up display, and the new 12.3-inch fully digital instrument panel that can be configured to show a full map – as well as ones that I doubt you’d notice you were missing if they weren’t there as nice as they may be; like the configurable ambient interior lighting, illuminated tread plates, and power-operated boot lid.

There were also a few options fitted that should really be standard in a car costing this much. I’m not just talking about things like the heated seats, which I do feel is a bit rich charging more for, but especially safety equipment. Lane keep assist, driver condition monitoring, blind spot monitoring, and reverse traffic detection are all optional when they really should be standard. 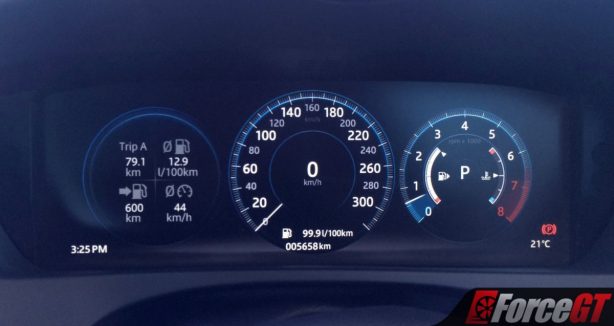 With that said, inside the XE is a nice place to be if you aren’t as picky as I’m, and as long as you aren’t stuck in the back. But it’s how a car such as the XE S drives that matters most, and that’s one thing Jaguar have got almost flawlessly right.

Key to making the driving experience stand out is the aforementioned drivetrain. The smoothness and linear power band of the supercharged six is the biggest highlight for me, as it’s a different sensation to what we’ve come to expect in today’s world of turbocharging.

Its strong mid-range – with peak torque plateauing between 3,500-5,000rpm – helps it pull itself along with a certain effortless feel. It might not be as dramatic as something turbocharged, but boy, is it quick. The 0-100km/h sprint is completed in 5.0 seconds, and it’ll keep on pulling strongly well beyond that as you get further into lose-your-license territory.

The other advantage this engine presents is the immediacy with which it delivers its power. It only goes to improve the XE S’ driveability, as you can better predict what’s about to happen as you roll onto the throttle. Not only does this let you drive the XE S to its full potential when you’re aiming for precision driving, but it makes it easier to get sideways, too. If that’s your thing. 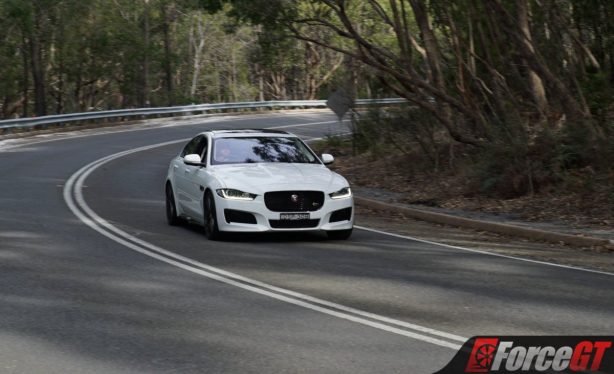 Getting sideways is certainly the XE S’ thing though, as with the traction control backed off a touch in Dynamic mode, a well sorted chassis with the right-length wheelbase, and this much power going to the rear, you can certainly provoke and control oversteer with ease.

But at the same time, it’s just as easy to drive with precision. The quick and direct electric power steering is tuned incredibly well – the weighting is perfectly matched for each drive mode, the ratio is short enough that you’ll never be crossing over yourself, and it’s pleasantly communicative. Combine that with the fantastic suspension tune, which is firm enough to alleviate body roll but forgiving enough to maintain a supple ride, and it all adds up to be one properly good driver’s car.

If there’s any criticism to be made – and in this case, it is only minor – it’s in regards to the transmission tuning. While upshifts are certainly quick enough, the fact it’s running a torque converter auto does become clear as it slurs its downshifts a little too much for my liking when you’re switching gears yourself using the steering wheel-mounted paddles.

During normal and relaxed driving, however, the transmission is as smooth as you’d want it to be, so no complaints there. It also does a good job at keeping the blown V6 down low in the rev range, improving efficiency and keeping the noise down to near silence.

Speaking of fuel efficiency, I saw an indicated 10.4L/100km across a fairly even mix of urban, country, and (very) spirited driving. A fair whack over the claimed 8.1L/100km, but still quite respectable for a car with this level of performance.

The XE S showcases Jaguar’s ability to combine its sporting DNA with luxury and prestige perfectly – it’s a truly engaging and enjoyable car to drive hard, but one that remains comfortable and relaxing on the daily commute.

It’s also the most interesting and exclusive car among its contemporaries, and one of the best looking, although some interior refinements would help to step it up a notch to truly be as luxurious as it is fun.