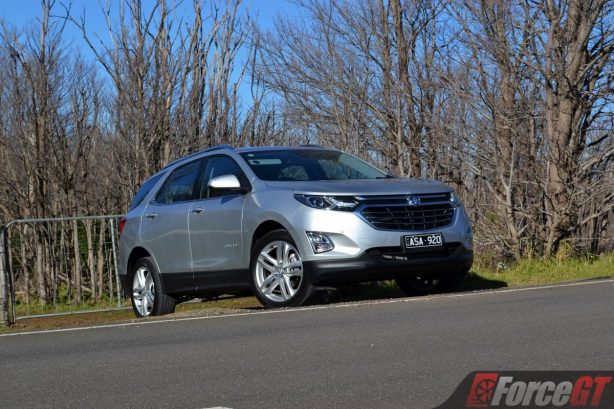 Earlier this year, we tested the new Holden Equinox and found plenty to like about the successor to the Captiva. Uninspiring looks aside, Holden’s latest mid-size family SUV impresses with a capacious interior, competent drivetrain and a well judged ride and handling balance.

The LS+ variant that we drove had a 1.5-litre turbocharged petrol engine and while it was more than capable of hauling the family around in their daily grind, those who prefer a little more grunt in their SUVs – be it for towing or effortless cruising – might want to consider the more powerful 2.0-litre turbo equipped Equinox.

And that’s exactly what we have got on test here. The Equinox LTZ represents one of three 2.0 turbo powered variants in the five-tier line-up and slots just under the range-topping LTZ-V. The larger engine serves up 188kW of power at 5,500rpm and 353Nm of torque spread between 2,500 to 4,500rpm, which is quite a significant raise from the smaller unit’s 127kW and 275Nm. Not only do you get more power, you also get more gears – 3 more to be exact – thanks to the 9-speed automatic transmission that is paired exclusively with this upper-spec engine. 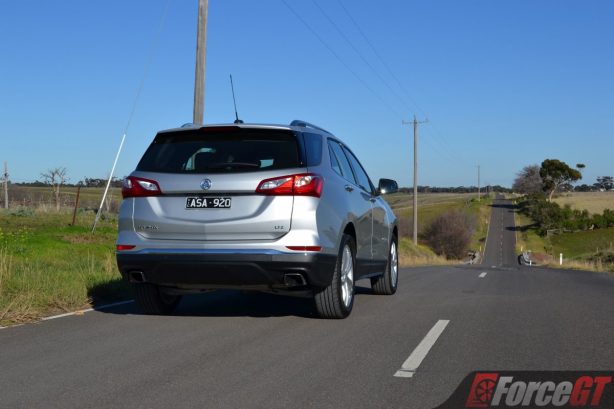 The Holden’s 2.0-turbo mill is the most powerful engine in the segment, even eclipsing that in the Volkswagen Tiguan 132 TSI (132kW / 320Nm) and only trailing the Jeep Cherokee V6 in power (200kW / 316Nm). This translates to brisk acceleration from any speed. Even with a five adults on board and a boot full of luggage, the Equinox has got your back covered for any overtaking attempt. The strong torque from low in the rev range truly makes it a walk in the park for any manoeuvre that calls for more power.

It’s a smooth and refined unit, even when worked, and the beautifully responsive 9-speed auto is also a good match. It’s worth noting that the auto start/stop can’t be turn off, but such smooth is its operation that it wasn’t much of an issue to us.

While the front-wheel drive version that we tested was more than up to the task for anything we had thrown at it during our week long road test – grocery runs, school drop offs and even a weekend escape to the country – occasionally the power was proved to be too much for the front wheels to handle if we were not careful with the right pedal. Expect some front wheel chirp while they struggle for traction when you have too much of a heavy right foot coming out of intersections. Having said that, feed in the power delicately and you will not have to worry.

Those who need to tow should tick the all-wheel drive option, a $4,300 premium on LTZ but standard fitment in the top-spec LTZ-V. 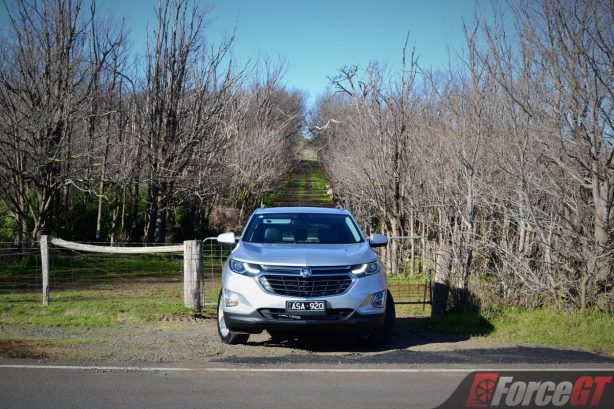 With about 500km of mixed driving clocked, the Equinox returned an average fuel consumption figure of 10.0L/100km against the rated 8.2L/100km, which isn’t too bad for its size and power. Its preference for the more expensive 95RON premium unleaded fuel is perhaps the bigger concern, considering many rivals still happily chew on standard unleaded fuel.

How is the ride and handling?

Designed in the US, built in Mexico and tuned in Australia, the Equinox is remarkably well suited to our roads. Extensive local tuning and chassis tightening by Holden’s Port Melbourne-based engineering team, including the adoption of new suspension dampers, sway bars and bushes, has resulted in an SUV that strikes a fine balance between ride and handling.

While the ride is slightly firmer over cracking surfaces than more comfort-biased rivals such as the Honda CR-V or Mitsubishi Outlander, the Equinox has good high speed stability on the freeway and confidence inspiring handling around the bends. There is also good steering feel and the strong brakes bite hard in unexpected situations. Better still, the more powerful 2.0 turbo engine brings the best out of the Equinox’s capable chassis, serving up a surprisingly pleasing drive.

With that much power going to the front axle (in our 2WD model), Holden seems to have limited its turning circle and we are sad to report that it’s one of the poorest in the segment, which could make navigating tight shopping mall car parks a challenge. And for a family SUV, this is a major concern. 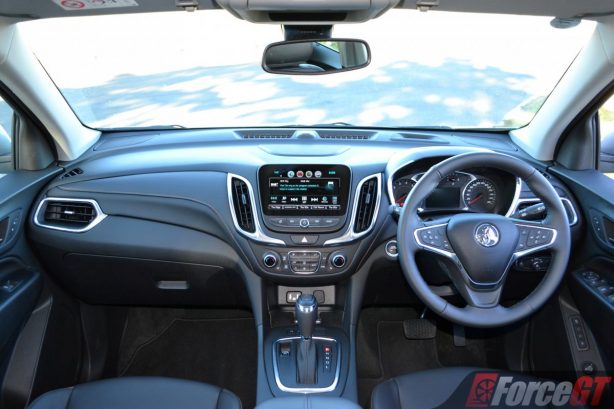 What extra goodies do you get with the larger engine? 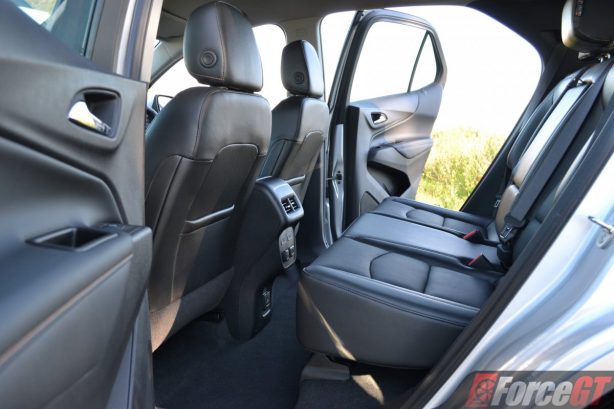 One glaring omission in the Equinox range is adaptive cruise control (non-braking cruise control only), which is not even available in the top-spec LTZ-V model.

Is it worth the stretch?

While the 1.5L turbo Equinox is not under power by any means, the punchier 2.0L turbo variants are definitely worth the premium if you often haul a full load or have the occasional need to toll a trailer. The more powerful engine, coupled with the smooth 9-speed auto, do give a more refined and relaxing drive overall, without worsening the fuel economy too much.

If you value a more luxurious cabin, including niceties such as the built-in sat-nav and front parking sensors, then the value equation does stack up quite well for these upper-spec variants.

In the saturated midsize SUV segment, the Holdent Equinox gets an upper hand in outright drivetrain performance and cabin space, let down only by bland looks, a large turning circle and the lack of adaptive cruise control.