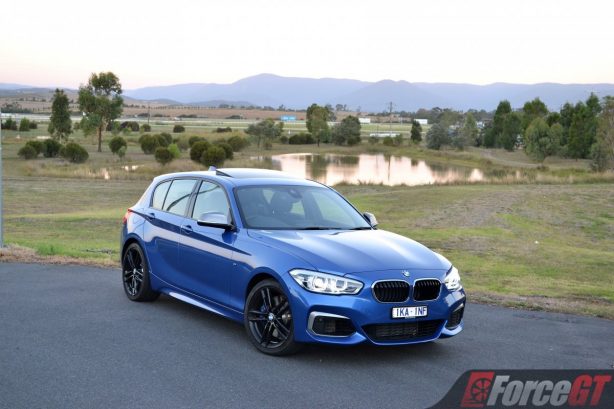 It’s a genuine high performance car. It’s priced a tickle below $60k. And it’s got a propeller badge. Don’t believe? Well, here it is – the BMW M140i. We are talking a turbocharged, six-cylinder, rear-wheel drive luxury hot hatch that is within a small budget stretch of potential Golf R, WRX STI and Focus RS buyers.

And if the BMW 125i we drove earlier in the year is often overlooked for some GTI’s, the M140i is even more so in the circa $55k performance space. As the range-topper in the 1 Series line-up, the M140i remains a unique proposition in its segment, with rear-wheel drive dynamics in the best BMW tradition. 2018 brings a raft of updates to the baby beemer, including the roll out of iDrive 6 infotainment system, along with new exterior paintwork and upgraded interior. But the biggest news is the M140i’s sharpened price point, bringing superb performance and dynamics for just $59,990 plus on-road costs, a price cut of nearly $5,000. 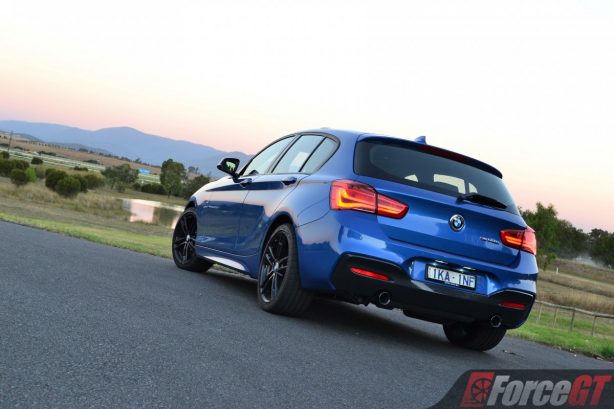 As part of the 2018 update, the interior has also been refined with a smooth high-gloss black centre stack, cleaner design elements with smoother joins and new upholstery stitching.

The cabin is starting to show its age but you just can’t fault the driver-oriented cockpit design with its sporty driving position and excellent visibility all around. And in a car like the M140i, you’d want to be sitting low and tight because not far ahead lies one hell of a crackling engine. 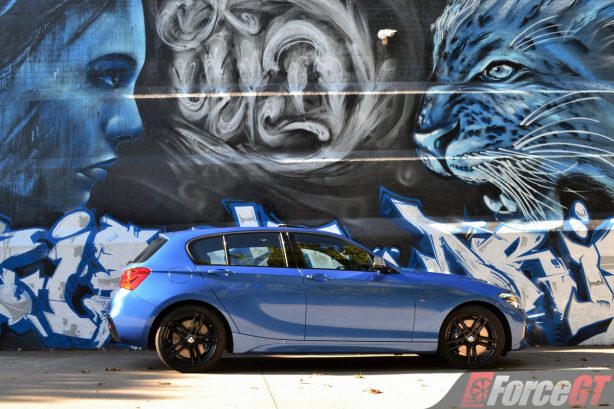 Diving into its chubby mid range torque is utterly addictive as every squeeze of the right pedal translates to an outburst of forward thrust that pushes you back to your seat. The accompanying aural theatrics are no less impressive either as the meaty sounding straight-six mixes in with that satisfyingly raspy exhaust note.

The matching eight-speed automatic serves up fast and crisp gear changes, only let down by the occasional hesitation in grabbing a lower gear. On the daily grind, the conventional torque converter ‘box is much smoother in slow moving traffic than some rivals’ clunky dual clutch automatics. For the purists, the M140i can be had with a six-speed manual at no extra cost, and hats off to BMW for still offering a self-shifter in 2018. It’s certainly a rare breed these days and though we were supplied the auto we knew an M140i with a manual box would be an absolute blast to drive. 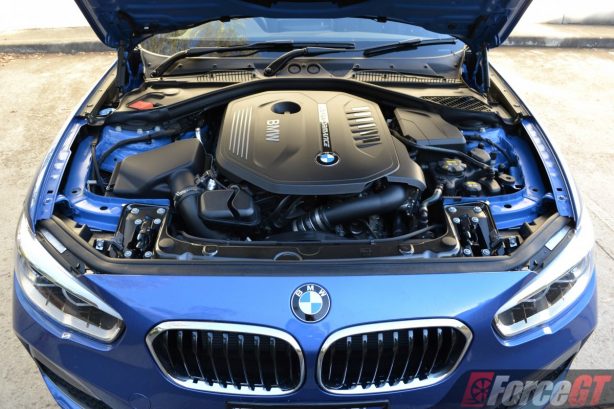 As expected from this company, the rear-drive chassis is fantastic. A light, impressively locked down front end allows for razor sharp turn in, helped by superb grip from those Michelin rubber. Just as cooperative is the rear end, which is ever so willing to rotate and point the nose deeper into the apex. You can tighten its line even further with the throttle while making minute steering adjustment – a hallmark of BMW rear-drive dynamics.

The chassis feels balanced and neutral, which inspires confidence as you slingshot from corner to corner in the thick of its mid-range punch. The brakes are strong and assuring and the steering is precise and sharp but could do with more feedback (even in Sport mode).

Cruising around, the adaptive dampers deliver a firm ride, even in Comfort mode. Where most performance orientated cars settle down considerably at higher speeds, the BMW’s ride remains busy. That’s not to say the ride is harsh, far from it, but you get a smoother ride in the S3 and A250. 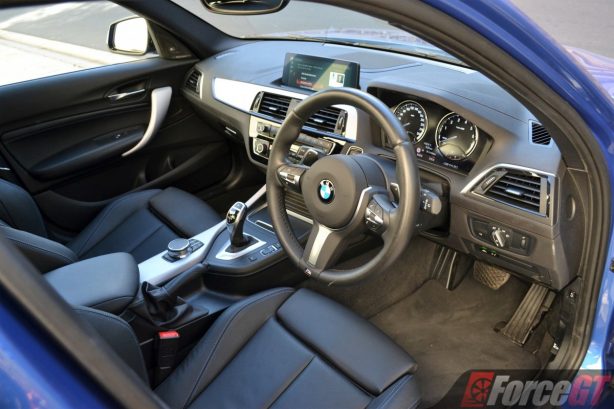 With four doors, the M140i is practical, just don’t expect too much of rear legroom and shoulder room. Being rear-wheel drive, there’s also no escaping the bulky driveshaft tunnel robbing precious legroom of the rear middle passenger. Rear passengers will also not appreciate the lack of seat back pocket and cup/bottle holders.

Cargo volume isn’t the most impressive either, with the boot packing just 360 litres of capacity, extendable to 1200 litres with the split folding rear seats tumbled.

The BMW M140i is a true driver’s car and at under $60k, an absolute performance bargain. Poised, precise and blisteringly fast, this baby beemer rocket is the hidden gem in BMW’s M-inspired line-up and ‘base camp’ for potential M ownership.