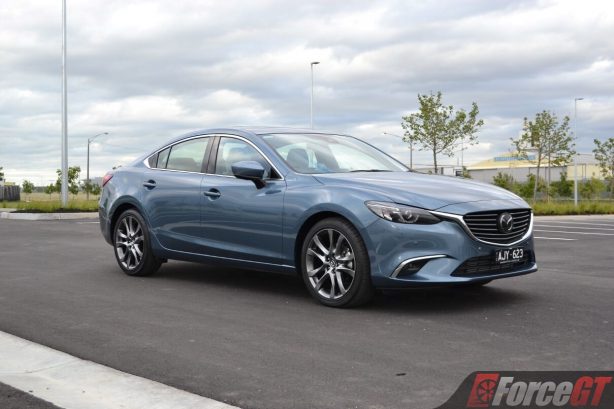 Premium looks without premium price. That’s the best way to describe the third-generation Mazda 6 midsize sedan. To us, it is NOT one of, but THE best looking sedan in its class. Already on the market since 2012, the four-year-old design is everything but dated, a testament to the company’s solid and timeless KODO design language.

2017 sees the 6 reinforcing its position as a favourite in the segment with a mild refresh that focuses on dynamic safety, interior design and NVH enhancements. The update builds on the previous 2015 facelift that included a revised front fascia, LED headlights and taillights as well as restyled 19-inch wheels and a heavily revamped interior incorporating Mazda’s new-generation – though still rather iffy – 7-inch MZD in-car connectivity system. 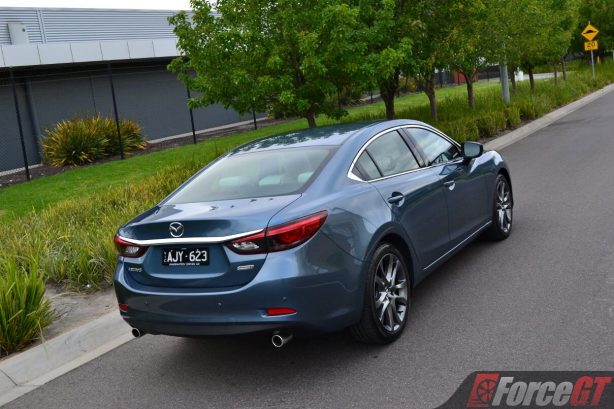 The 2017 Mazda6 lifts its safety credentials further with an even more comprehensive safety suit which now adds pedestrian recognition to SCBS, with the upper detection speed range increased from 30km/h to 80km/h. 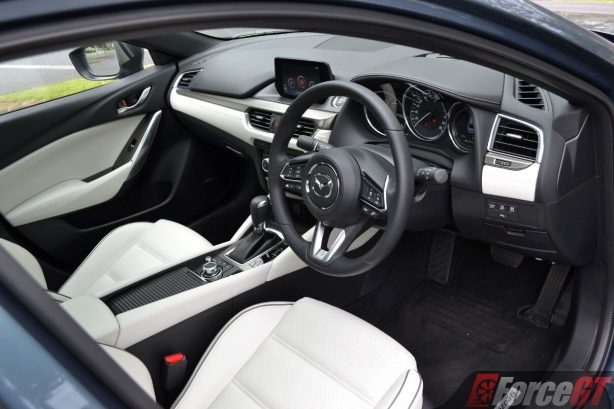 In addition, Smart Brake Support (SBS) – which detects vehicles and obstacles ahead of the vehicle – has had its operating range expanded to between 15 and 160km/hr, while Traffic Sign Recognition (TSR) makes its Mazda6 debut.

The boost in safety features makes the Mazda 6 one of the safest vehicles in its class, especially in the full fat Atenza variant tested here.

While safety has always been one of Mazda’s strengths, it isn’t the case for noise, vibration and harshness (NVH). Mazda has responded to the criticism with improvements made to the cabin, insulation and suspension mounts. The new model offers better refinement and a quieter ride thanks to a range of sealing and noise absorption updates but is still outclassed by the Honda Accord and Skoda Superb. 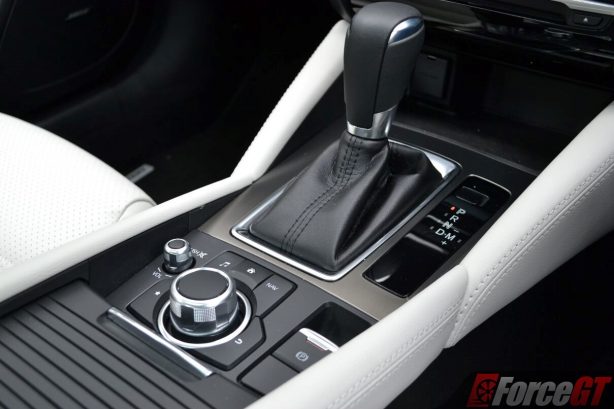 The new steering wheel looks premium and features repositioned buttons with better tactile feel. Behind it the instrument display has been simplified with clearer labelling and fonts that match those on the MZD Connect infotainment system. The Multi-Information Display in the meter cluster is now full colour – like the Active Driving Display (Head Up Display) – and has a more diverse range of functions.

The centre console, too, has been rearranged, thanks to the introduction of an electric parking brake and is now less cluttered and more modern. 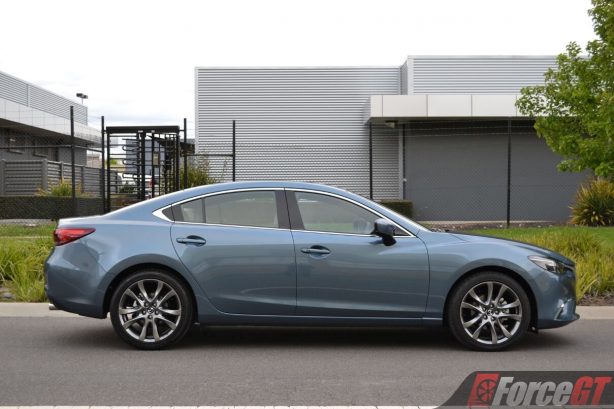 Like the exterior the Mazda 6’s interior radiates an upmarket feel. The choice of cabin materials are above class average and general fit and finish is excellent. The cabin of the top-spec Atenza grade is impressive and will easily shame some poverty-pack luxury sedans.

The contoured front seats provide a sporty wrap-around feel. It features 8-way power adjustments and together with a tilt and telescopic steering wheel, it’s not hard to find a comfortable driving position in the 6.

Rear seat legroom is generous, though isn’t class-leading. Further aback, there’s 474 litres of boot space accessed via a wide opening or through the 60:40 split rear seats.

The new 6 comes equipped with Mazda’s G-Vectoring Control which varies engine torque based on steering input for optimum weight transfer around the bends. It remains one of the better handling cars in its class, delivering a fun experience with sure-footed dynamics, plenty of grip and good feedback through the steering. Riding on lower profile sport tyres, the Atenza we tested serves up agile handling and sharp turn-in.

Despite the driver-focused manners, overall comfort isn’t compromised as the sedan still soaks up most bumps and ruts with ease. 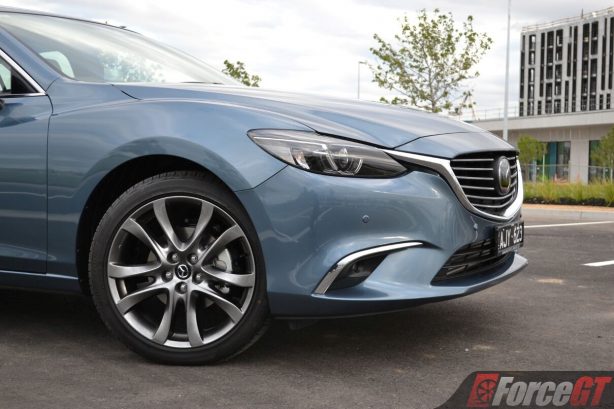 Powertrains carried over unchanged include the 138kW/250Nm SKYACTIV-G 2.5 litre petrol and 129kW/420Nm SKYACTIV-D 2.2 litre diesel engine, both of which are mated to a SKYACTIV-Drive 6-speed automatic transmission.

The diesel unit is the obvious choice with its strong mid range punch and thrifty fuel use – it averaged a respectable 6.7L/100km over our week-long test. The 6-speed auto is smooth shifting and a well match for the diesel’s abundance of torque. Diesel clatter is kept to a minimum in the cabin thanks to various “natural sound smoother” features, though the petrol unit is still the more refined one of the two powerplants.

With prices recently dropping thanks to the Japan-Australia Free Trade Agreement, the Mazda 6 range starts from $32,490 plus on-roads for the Sport, down $970 from its 2012 launch price. At the top of the spectrum the Atenza fetches a sticker of $49,540 plus ORCs.

The Mazda 6 has continued to evolve and the latest update brings improved safety, refinement and equipment to an already strong package.

While the MZD Connect infotainment system is prone to crashing and there’s still room for improvement in NVH levels, the 6 remains one of the best mid-sizers on the market today.