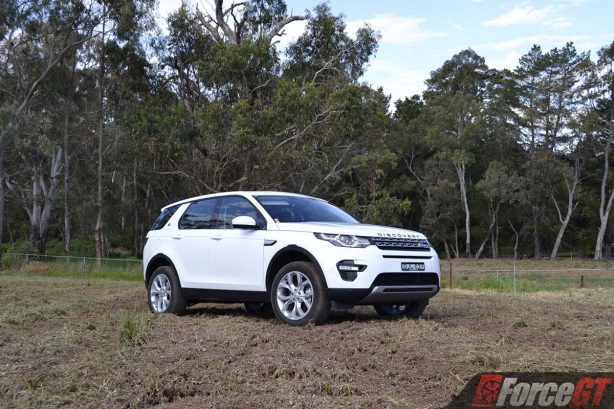 Nothing has changed, but everything has. That’s the best way of describing the MY17 Land Rover Discovery Sport.

You see, the SUV has been given a heart transplant in the form of the Jaguar Land Rover’s award-winning Ingenium turbo-diesel engine that is already seeing duty in the Range Rover Evoque as well as the new Jaguar F-Pace. The 2.0-litre, all-aluminium, four-cylinder engine replaces the archaic 2.2-litre, cast-iron DW12 engine from JLR’s Ford-owned era.

According to Land Rover, the new mill is 24kg lighter than the outgoing unit, thanks to its all-aluminium construction. It also boasts a double overhead camshaft cylinder head design, four valves per cylinder, variable camshaft timing on the exhaust side of the head and twin balance shafts for overall refinement. 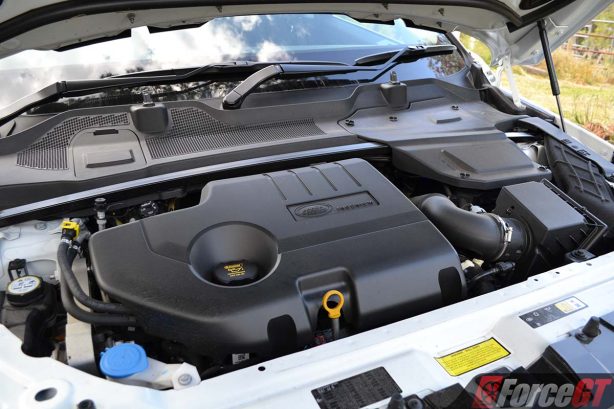 To improve efficiency, machine bearing surfaces on the camshafts and balancer shafts have been replaced with roller bearings while the engine management system also helps save energy by varying the amount of lubricant delivered by the oil pumps to meet demand. 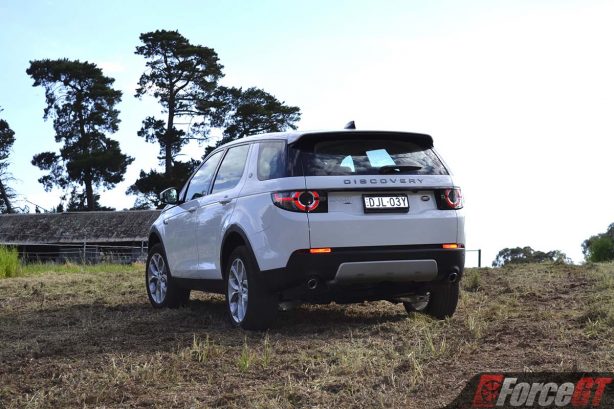 Fuel is delivered to the combustion chambers in carefully measured amounts by a high-pressure, common rail, direct fuel-injection system and the turbocharger uses variable nozzle turbine technology and a watercooled intercooler.

Like before, the new engine comes in two states of tune. In entry-level TD4 150 guise, it makes 110kW at 4,000rpm and 380Nm at 1,750rpm. While power remains unchanged as the outgoing unit, torque has dropped a smidge (20Nm) but the new powerplant is just as quick as the old one, running the same 10.3 second 0-100km/h yet delivering a claimed 0.7L/100km improvement in fuel consumption.

Meanwhile, the more powerful TD4 180 variant tested here produces 132kW and 430Nm of torque. Again, it may be down slightly on power (8kW) but torque is up by 10Nm on the old unit and matches it on the 0-100km/h sprint, taking a respectable 8.9 seconds. 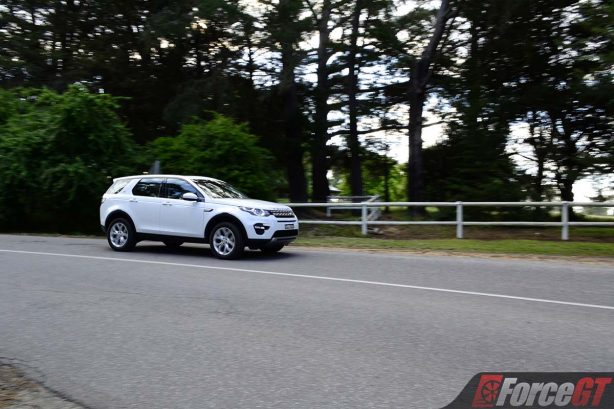 On the road, the old and new is as stark as night and day. Where the old engine was unresponsive and clattery, the new Ingenium is everything the old one wasn’t – more responsive and refined. It isn’t as overtly sporty as the same engine used in the Jaguar F-Pace but that’s no surprise given the two distinct personalities of the cars.

The improvement is apparent the moment you jab the Disco Sport’s start button. There’s less engine vibration and diesel clatter from under the bonnet. This is reinforced further when you pull away. Power delivery is silkier and the new Ingenium isn’t as vocal as before.

Both engines are matched with the same nine-speed automatic as before. That means there’s still the slight hesitation on take off before the right cog is engaged. Once on the move however, the transmission works relatively well with the engine to keep it working in its optimum power band. Like before, we prefer to twist the gear canister to sport mode as it keeps the transmission more alert.

It is perhaps for this reason that despite a claimed reduction in official fuel use compared to the old mill, we recorded an increase of 0.9L/100km compared to the DW12-equipped SD4 we tested previously, returning an unremarkable 9.7L/100km. 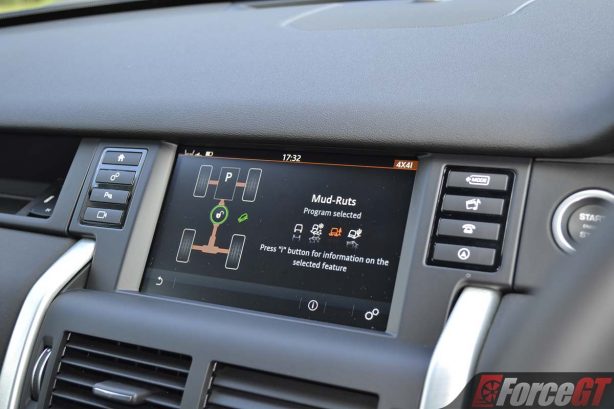 Besides the updated graphics in the LCD display within the instruments cluster, the rest of the MY17 Discovery Sport remains unchanged. So you still get the impressive Terrain Response all-wheel drive, decent handling and responsive steering. It isn’t as composed as the more car-like BMW X3 on twisty roads, with a little too much body movement, but ride comfort and high-speed stability are good otherwise.

The Disco Sport’s unique proposition of seven seats also trumps all its rivals in the segment, even though it’s a pricey $2,050 option. Like most third-row seats, they are most suitable for children as legroom is at a premium. However, when not in used, they flip down flat at the push of a couple of buttons to yield a useful 1,698 litres of boot space.

Along with the updated engine, Land Rover has also ramped-up the safety aspect of MY17 Disco Sport with Lane Keep Assist that gently steers the car back into its intended lane and Driver Conditioning Monitoring that monitors driver alertness.

Another added feature is the Low Traction Launch which is similar to a launch control system albeit for low friction surfaces and designed for lower speeds.

Service intervals for the new Ingenium diesel have also been improved against the outgoing DW12 powertrain from 1 year/26,000km to 2 years/34,000km, while a one payment $1,210 Service Plan that covers up to 5 years or 100,000kms of servicing reduces running costs.

The Discovery Sport’s new heart has transformed a good car into a better one. It is smooth and refined and just as quick as the old one.

However, we would still like to see a better-calibrated transmission to remove that initial hesitation and improve responsiveness.

The increased fuel consumption is also a little puzzling although admittedly, the Disco Sport spent the majority of its time in the urban jungle. With a few more long distance trips freeway trips thrown in, we should be able to see the figure improve.