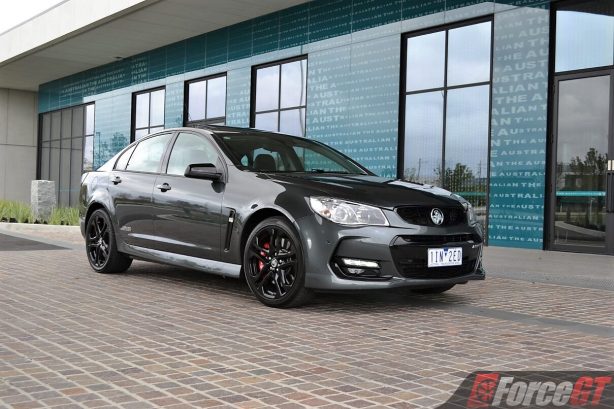 It really is your last chance to own one of the best value and best performing rear-wheel drive sports sedans on the market today, with prices for the V8-powered Aussie muscle kicking off from just $47,490 before on-roads for the SS sedan six-speed manual.

The mid-spec SSV has been dropped from the line-up for 2017 but that’s no drama as the range-topping SSV Redline is the one you should be driving away in if driving for you is a little more than just going from A to B. 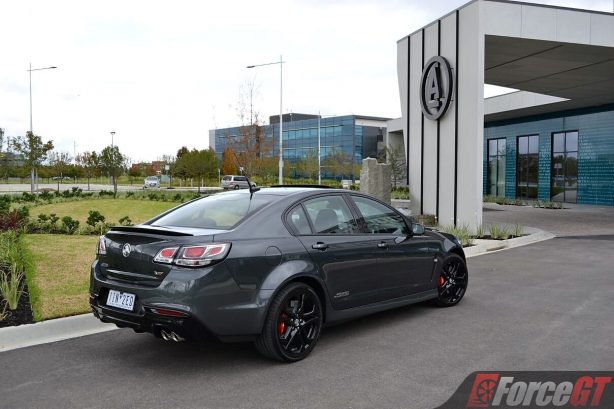 Visually, the new 2017 model year Commodore distinguishes from the old only through added black accents in the front fascia, fender vents, mirror scalps and rear boot lid spoiler, though new shades of orange, green and grey have been added to the 2017 colour palette.

It’s even harder to spot the difference inside, with the only update being the application of jade black applique on the instrument panel and steering wheel. Holden has however, dialed up the technology offering with head-up display and satellite navigation now standard from SV6 models and up. 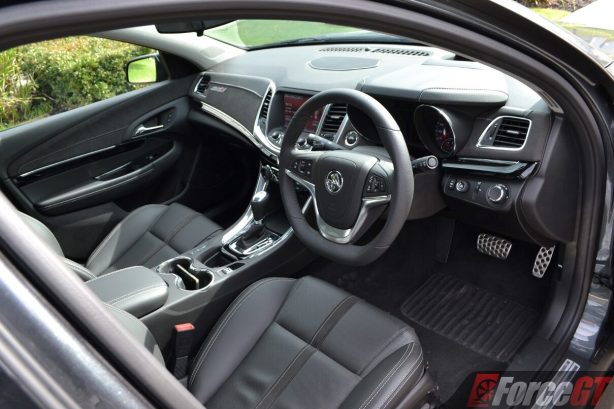 Adding to cosmetic enhancements, Holden has introduced three new colours to the 2017 Commodore range, including Light My Fire (orange), Spitfire Green and Son of a Gun Grey.

Under the bonnet of our SSV Redline packs a 6.2-litre LS3 V8 engine previously reserved for more expensive HSV’s and the export-only Chevrolet SS models. It serves an impressive 304kW of power and a potent 570Nm of torque, making the SSV the fastest Commodore ever produced, rocketing from zero to 100km/h in a claimed 4.9 seconds in manual form. Unlike models before it, automatic SSV variant isn’t penalised with less power, either. And although the 6-speed auto is impressively refined and well calibrated, we’d still take the much more engaging 6-speed manual any day. 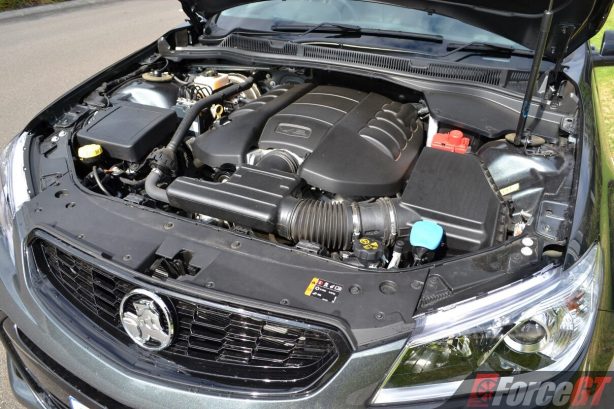 The sound produced by the atmospheric V8 is still one of the best in the business, partly thanks to the bi-modal exhaust system with a unique Holden designed “Baillie Tip” and mechanical sound enhancer.

The rorty V8 rumble starts thrumming at half throttle openings, becoming louder as you press on, before diving into full swing near the red line with a deliciously intoxicating roar that can only be offered by a big capacity eight-pot. As you lift off the pedal, the bi-modal exhaust even spits out pop and cackle that reverberates throughout the cabin. That strong acceleration aside, it’s immensely addictive to plant your foot down just for this aural sensation.

The “Baillie Tip” exhaust is named after the late Holden engineer, Dr. David Baillie, whose simple yet effective invention – together with a mechanical sound enhancer – is an integral piece of the VFII’s new sound character. 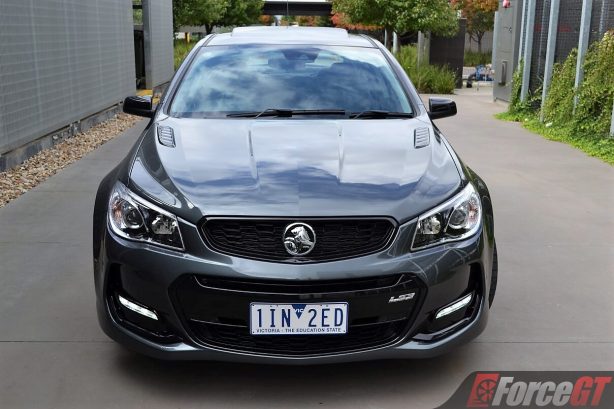 Holden has left the Redline’s suspension intact in this latest update, but appropriately so as it’s already a very impressive set up. It strikes an almost perfect balance between ride comfort and sporty handling, rewarding drivers with confidence inspiring dynamics and excellent body control from one of the best rear-wheel-drive chassis in the segment.

Brembo brakes fitted on all four wheels are mighty effective in bringing the 1.7 tonne sedan to a stop and they are also relatively fade-free.

While there is abundance of grip coming from those Bridgestone Potenza tyres, measuring 245 for the front and 275 for the rear, a push of the traction control off button and loads of throttle will still unleash the Redline’s playful rear – good news for side way junkies. 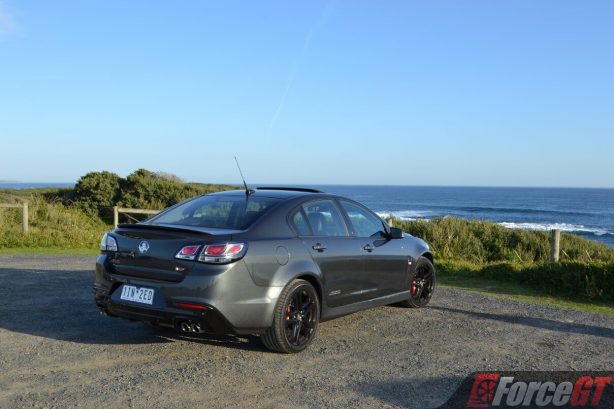 On our crumbling roads, the ride is just as smooth and refined as a standard Commodore, soaking up bumps and ruts with aplomb. Wind and road noise is also very well suppressed.

The major downside of this otherwise excellent package is of course its fuel consumption. The new LS3 engine is thirstier than the previous generation’s 6.0-litre unit. In urban areas the Redline can chew up to 18L/100km, though on the freeway the figures fair much better hovering at around 8.0L/100km.

The Australian-built Holden Commodore goes out of production this October but it’d be ending on a high note. No doubt, the Commodore has always been a great family car with a comfortable cabin and stacks of room, and in the case of the range-topping SSV Redline performance flagship, you can even have loads of fun in it.

The nameplate has come a long way and in this final iteration, Holden has given its utmost best to create a truly great package.