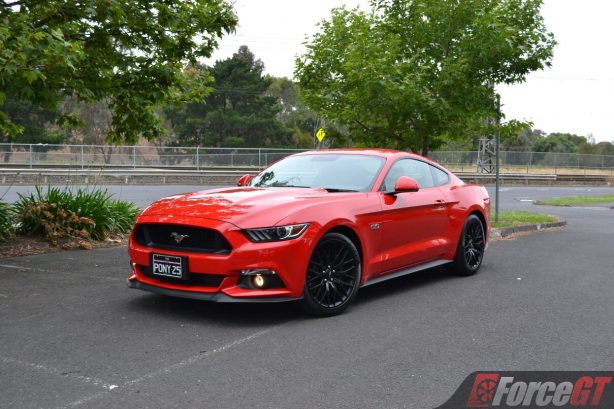 The sixth-generation Ford Mustang arrived with a bang last year. It started with over 1,200 confirmed orders and 15,000 registered keen buyers before the car even arrived in Australia. When it finally made it to our shores after almost two years since its debut, the queue was so long that even if the original Australian allocation of 1000 Mustangs per year was quadrupled, all the cars would have been spoken for. At the peak of the frenzy, the waiting period was stretched to as long as 18 months, we were told.

To find out what the fuss was all about, we got behind the wheel of the three most popular variants in the Mustang range – the GT and EcoBoost coupe, as well as the GT convertible. And it didn’t take us too long to see why this car has won so many fans. 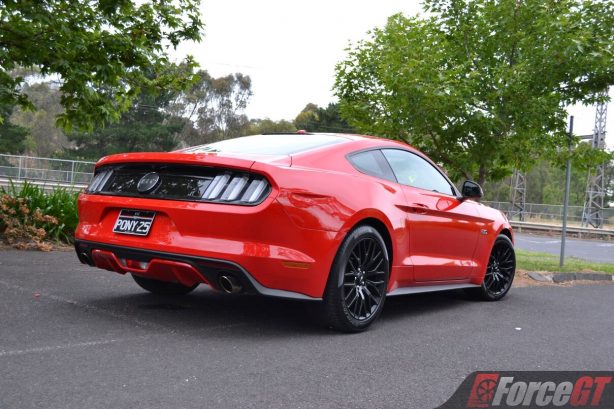 Priced from just $45,990 plus on-roads for the six-speed manual turbo four-cylinder Fastback EcoBoost, this two-door low slung sports car is cheaper than many warm (not even hot) hatches. The value for money proposition continues with the V8-powered Mustang GT at $57,490 plus ORCs. The next cheapest 8-cylinder coupe is the Lexus RC F at well over twice the price of the Mustang GT. 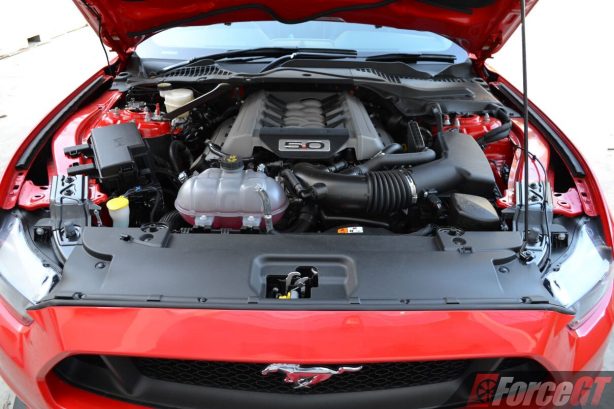 The Mustang nails the brief well for its asking price. Both powertrains offer strong performance despite the vastly different approach in their delivery. The EcoBoost uses a turbocharged 2.3-litre four-pot good for 233 kW and 432 Nm while the GT’s atmospheric 5.0-litre V8 punches out 306 kW and 530 Nm.

The wallowy feel of the old car has been addressed, with the new Mustang finally riding on a modern suspension setup that threads on excellent body control and cornering flatness. There’s a proper sports car feel to this thing, and in the GT, the magnificent Pirelli P Zero tyres (the exact same stuff you get in McLaren and Porsche supercars) offer astounding level of grip. 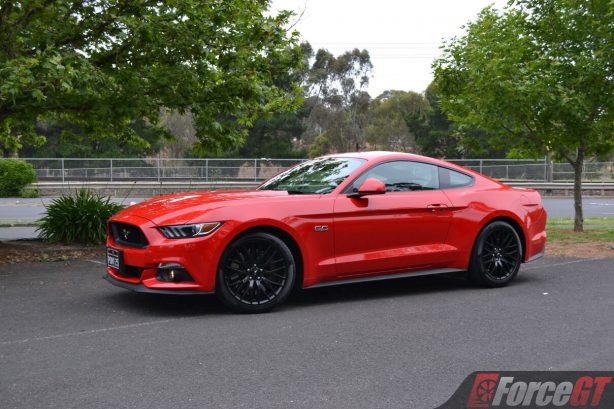 But there’s one thing that really got in our nerves every time we approached the Mustang and it’s the build quality. Exterior panel alignment in all three Mustangs we drove last year was unacceptably poor – the exhaust tips in one of the cars were not even properly aligned. The interior did not fair much better either, with questionable fit and finish in some areas.

Quality issues are not uncommon in the first few batches of a new model. The flaws are usually ironed out as manufacturing matures over time. To see if build quality is still an issue, we recently spent some time in a 2017 Mustang GT coupe and were pleasantly surprised by what we saw. 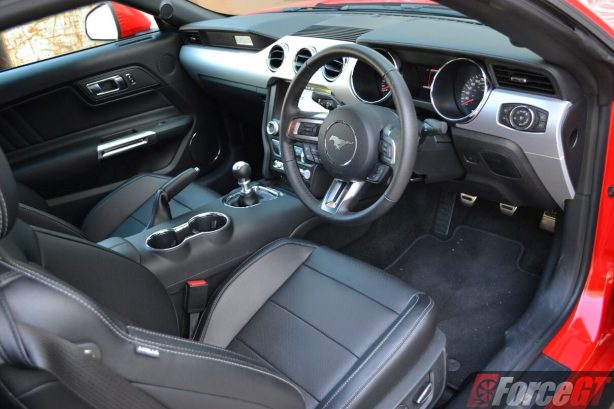 There has been major improvement in the alignment of exterior panels. Unlike before creases and lines stay aligned from panel to panel and there’s now a consistent width in the gaps between panels. Bumper fitment is also noticeably tighter with much smaller gaps.

The “stepped” coupling of the bonnet edge and the nose of the front bumper can still be felt if you rub your finger across the surface but at least it’s not visible now.

Elsewhere, each of the dual exhaust tips has equal length protruding out of the diffuser and they are much better horizontally aligned. 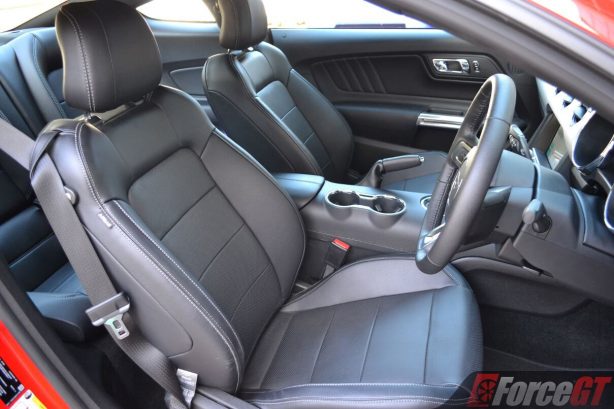 Like the outside, the interior is a step up in overall fit and finish. Gaps between panels are tighter and there is noticeably less rattling of the front seats. However, there’s still much to be desired in terms of cabin materials as wandering fingers will still find plenty of scratchy hard plastics and budget-grade switchgear in the lower centre console.

Overall though, we are glad Ford has made considerable effort to fix what has been one of the biggest criticisms of the Mustang. With quality issues now almost a non issue, there’s even more reason to get yourself one of these latest Mustangs. For 2017 the appeal is boosted further by the new SYNC 3 infotainment system which replaces the previous SYNC 2 system with a new interface that is faster and far more intuitive and easier to use.

The 2017 Ford Mustang brings iconic styling, genuine performance and great features at a fraction of the price of more expensive rivals. If build quality is the one thing that has been holding you back, afraid no more.