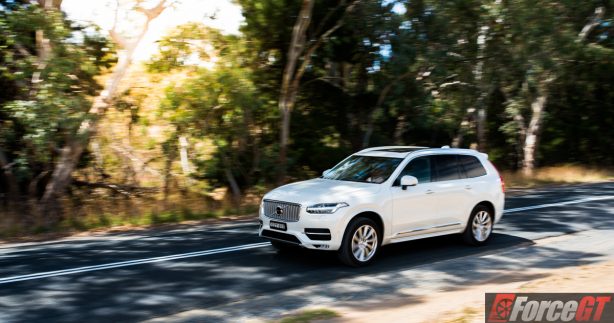 It’s been a long and tumultuous journey for Volvo. Clouded in an air of uncertainty just a few years ago when parent company, Ford, was perched on the verge of bankruptcy set off by the Global Financial Crisis.

With an aging lineup and little money for new product investment, Volvo sales tanked to precarious levels until Ford sold the brand to Chinese carmaker, Geely in 2010.

With a fresh injection of funds and support from its Chinese parent, the Swedes wasted no time in developing an all-new architecture that will underpin all of Volvo’s future vehicles – the Scalable Product Architecture. 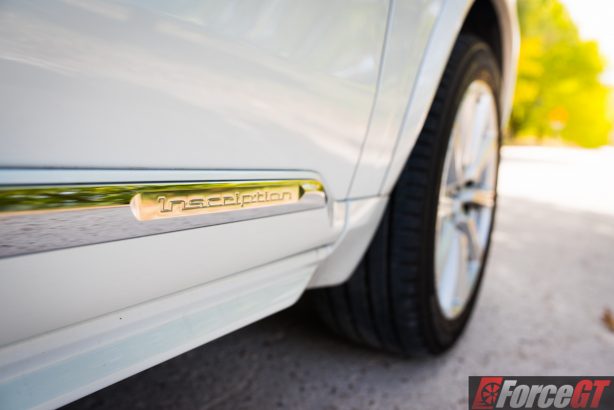 The 2016 Volvo XC90 is the first product to sit on this new platform as part of an $11bn investment programme that also brings a new range of technologies. And the wait has been worthwhile.

Available in three models and three trim levels, the new XC90 range kicks of with the D5 Momentum Diesel from $89,950 plus on-road costs. Next up is the D5 Inscription tested here, which starts from $96,950. It is expected to be the most popular model in the line up. The range tops out with the T8 Twin Engine R-Design Petrol/Electric hybrid from $122,950.

However, the premium full size SUV segment is teeming with talents, from the dynamically accomplished BMW X5 to the edgy new Lexus RX and stately Audi Q7.

Can Volvo’s latest flagship stand up to its competition? Let’s find out…. 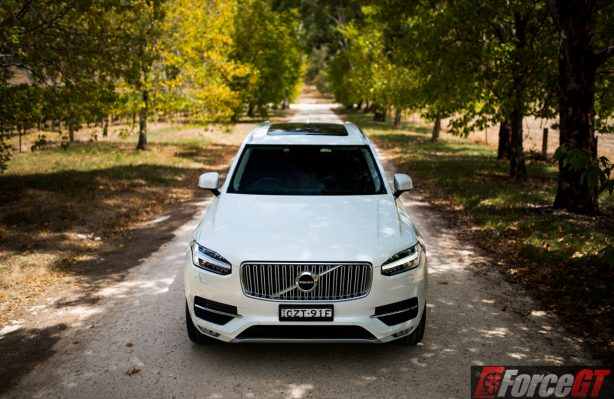 Volvo’s design hasn’t yet set the automotive scene on fire, and the new XC90 is not about to change that anytime soon. While it is new in every conceivable way, the new sheet metal isn’t breaking any new grounds.

There are the typical Volvo vertical taillights that extend upwards towards the roof and square shoulders at the back, whereas up front; an upright Volvo grille dominates the front fascia. There’s also more visual muscle along the sides.

The fancy LED headlights with ‘Thor hammer’ daytime running lights are a highlight of the new XC90. While they undoubtedly make the XC90 standout on the road during the day, they are even better when night falls. 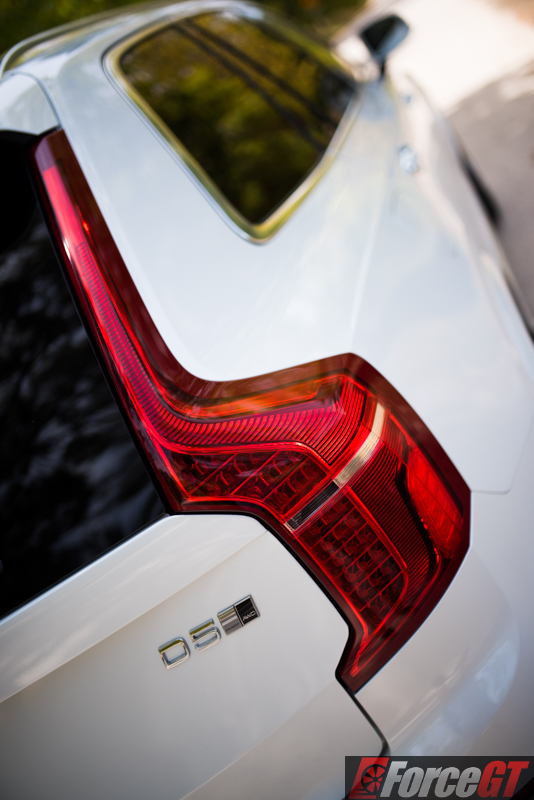 Equipped with Bending Light and Active High Beam functions, the headlights not only illuminate around corners, but will also stay almost constantly on high beam without blinding oncoming vehicles; thanks to the clever control unit which selectively dims clusters of LEDs.

While the glitzy lights and handsome sheet metal is certainly welcomed, what makes the XC90 ‘all-new’ is its latest modular platform.

It is claimed to have a higher percentage of hot-formed boron than any of the XC90’s rivals, thus allowing the car to be larger, lighter, safer and better balanced than the previous model.

The new platform also enables a longer wheelbase and shorter overhangs, a layout helped by a bold strategy to offer only 2.0-litre four-cylinder engines on the entire range.

Unlike most of its multi-link rear suspension equipped rivals, the XC90 features an integral axle transverse leaf spring rear suspension that is said to have less of an impact on interior space, especially in the third row. 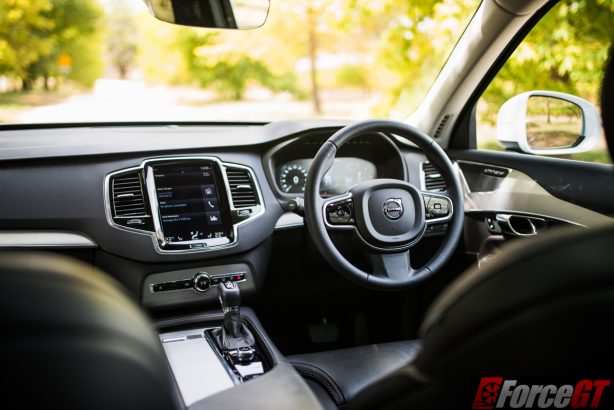 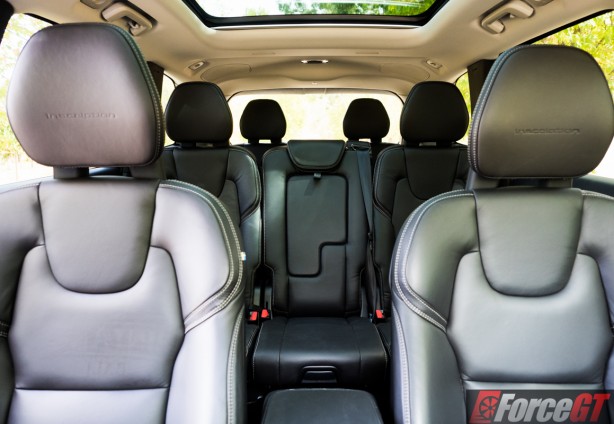 Inside, the family-friendly cabin is spacious and airy, helped by a minimalistic dash with only a handful of buttons. All other controls are housed inside the giant 9” vertical touch screen that is as intuitive to use as any smartphones.

There’s another 12.3” digital display in front of the driver that replaces the analogue instruments. However, unlike Audi’s brilliant Virtual Cockpit Display which is customizable, the Volvo’s isn’t. Its graphics also aren’t as crisp as its German rival’s.

While everything is easy to use, we couldn’t get the voice control to work for some strange reason. 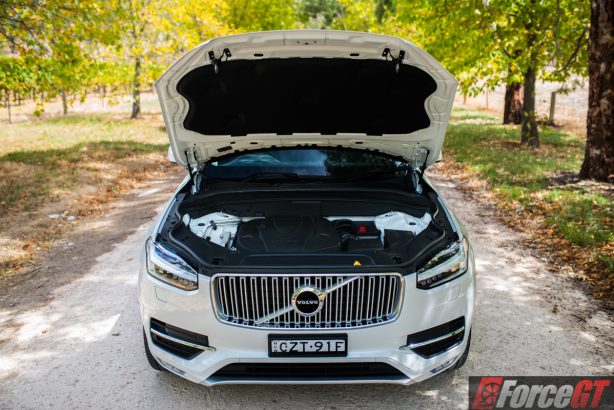 The XC90 is equipped with three powertrains, all featuring 2.0-litre turbocharged four-cylinders matched with an eight-speed automatic transmission.

While the new 2.0-litre turbo-diesel is down by one cylinder and nearly half a litre in capacity compared to the old unit, they will hardly be missed as the new mill is more powerful and efficient.

Like most modern engines, idle stop/start is standard and it fires up quickly after shutting down at the lights. 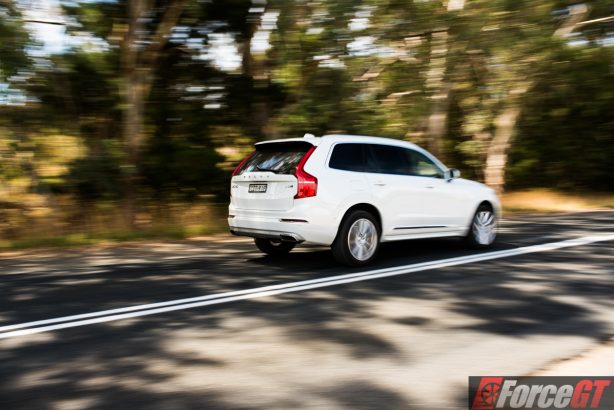 Although the XC90 is not particularly intended for bush bashing, all variants are equipped with an on-demand all-wheel drive system based around a fifth-generation Haldex coupling that is capable of sending 100 percent of the torque to the rear. However, in most driving conditions, only the front wheels do the work.

Around town, the turbo-diesel isn’t as quiet as some of its rivals, especially the latest Audi Q7. Its throttle response is also not as immediate, while turbo lag is a minor annoyance at low speeds.

The XC90’s eight-speed automatic is easy to live with on the whole but is a touch slow to kick down. To make things worst, Sport mode – which sharpens the car’s responses – is buried in the drive menu on the touchscreen and cannot be readily engaged.

While air suspension with adaptive damping is available as a $3,760 option, our test car came with the standard Touring suspension. That means it’s firmer in the city and rolls a bit more when thrown into corners. Turn in isn’t as crisp as the similarly sized Q7, either, although the XC90’s steering is relatively quick and direct for a SUV. 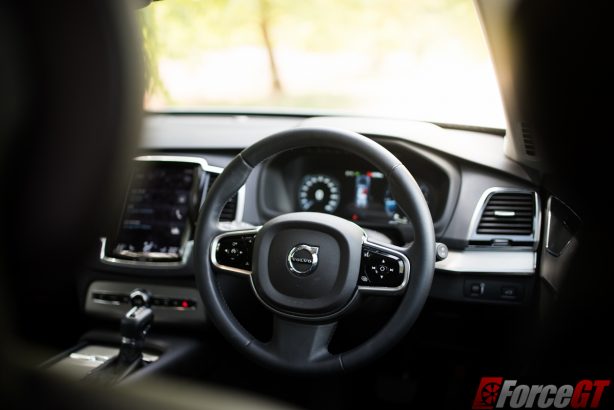 The Volvo XC90 appears well-built. All switchgear is appropriately damped and weighted, while there are no creaks or rattles in our test unit with nearly 7,000km on the clock.

However, the cabin is all a bit somber, with most materials in various shades of grey. The graphical background on the infotainment screen could also use some lightening up with anything other than black.

Volvo claims our D5 Inscription will return an average combined fuel consumption of 6.2L/100km, but on test economy saw the D5 achieve a disappointing 9.3L/100km. 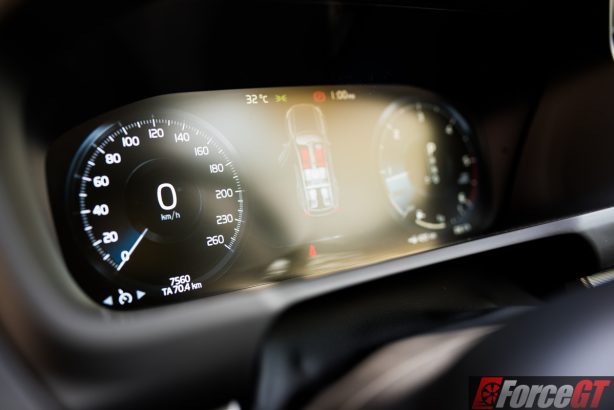 As we all come to expect from a Volvo, the XC90 comes with an impressive list of safety arsenal. All variants is equipped with City Safety which automatically apply the brakes to avoid a collision with a vehicle, pedestrian or cyclist. 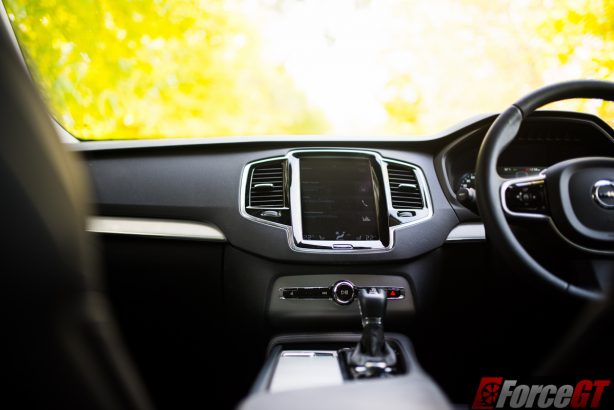 However, if like me you prefer CDs to MP3s, Volvo will demand an extra $160 for a 1 disc CD player. Really?

The 2016 Volvo XC90 may be evolutionary in design but its revolutionary new architecture is a revelation compared to the outgoing model.

If driving dynamics isn’t at the top of your priority, then there’s a lot to like about the XC90.

Its genuine seven-seat cabin is spacious and functional and its high-tech driver assist technology – albeit optional – is as close as we can get to autonomous driving for now.