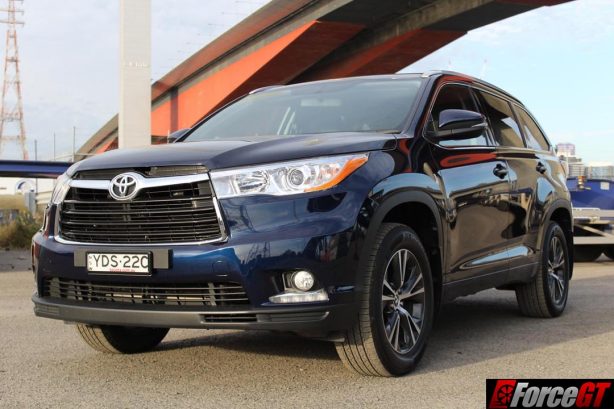 The current model Toyota Kluger has been a solid performer in the family SUV segment since 2014 but times have changed. Has the Kluger that Australian families fallen in love with stood the test of time? We’ve taken the mid range GXL AWD model through its paces to see just how well it stacks up.

Visually, the Kluger still has the goods with large wheel arches, a tough looking tackle anything front and slim roofline giving a good sense of restrained style while hinting at the offroad capability within.

Inside, you’ll find a leather accented interior that feels premium with plenty of brushed metal painted highlights for contrast. Everything is built to usual high quality Toyota standards, giving the Kluger a robust and solid interior that can handle some abuse.

Plenty of storage solutions exist within the interior, the centre console storage compartment is quite simply massive, able to swallow entire shopping bags with ease. Also noteworthy is the large horizontal storage tray that sits beneath the dash, great for storing phones as it has USB cable access holes built in. 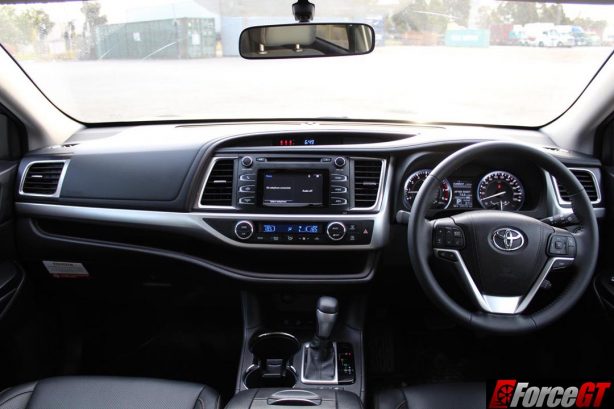 The centre infotainment display does its job but could perform better as screen technology has improved since the Kluger’s release. The centre instrument panel display could also benefit from a redesign and more than one colour. Toyota has tried to cram so much information into the little display that it comes off as cluttered and detracts from the cleanly designed gauges.

Seats in the GXL are comfortable and a decent driving position was easy to find, thanks to the combination of telescoping wheel and electronic seat adjustment controls. The middle row of seats shift forward and back giving plenty of legroom and even the rear seats will accommodate two adults if needed.

Luggage space with the rear row up isn’t the best at 195 litres, but with it down is another story, clocking in at 529 litres. This can be further expanded by dropping the middle row of seats down to a gargantuan 1,872 litres. 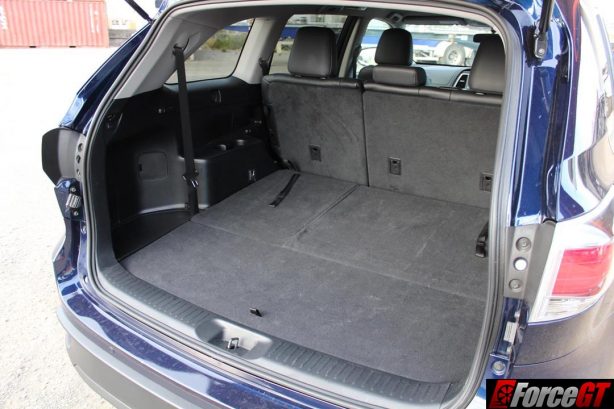 The 3.5-litre V6 developing 201kW is still the highlight of the Kluger, offering up plenty of power and torque smoothly all through the rev range. 337Nm of torque makes towing caravans and trailers hassle free and ensures that decent acceleration is available even when fully loaded up. Weighing in at a hefty 2,020kg, the Kluger delivers great performance and versatility at the cost of fuel economy.

The six-speed automatic transmission is very relaxed with smooth shifts once moving. However, shifting out of park into drive felt notchy on cold starts. The gearbox could could also be more responsive when the throttle is applied since downshifts had some hesitation before selection. Our GXL had the 4WD option box ticked for extra traction when you need it and comes with a few tricks up its sleeve in the form of downhill assist control and dynamic torque control. 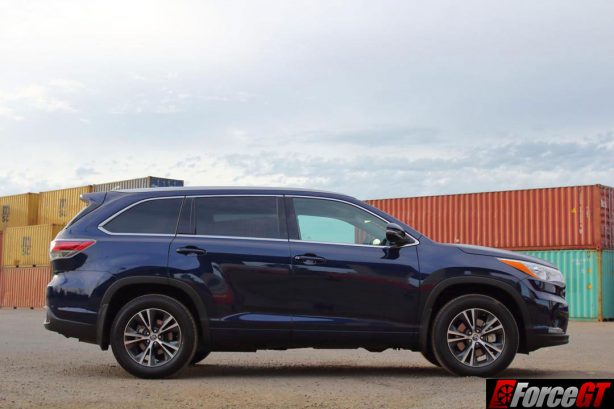 When driving around town bumps and potholes get soaked up by the suspension, contributing to the great ride of the vehicle. For ordinary driving, body roll is acceptable and only apparent when you really push the corners. The only time the car’s weight makes itself apparent is when braking hard where it takes a tad longer than expected to wash off the speed. The steering has great weight and and provides decent feedback through the leather wrapped wheel which is a pleasure to hold.

All the practicality of the Kluger comes with a downside, the fuel economy. Throughout our testing, an overall result of 14.3L/100km was achieved blasting the air conditioning the entire time and mainly around town. Add in some freeway driving and this figure will drop a bit but there’s no denying the Kluger is a thirsty animal. 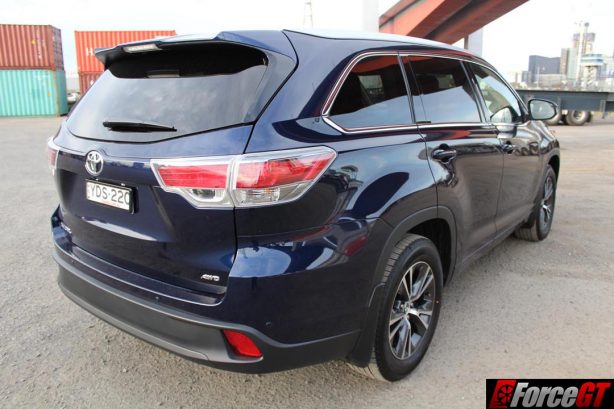 The list of standard features on the GXL is sensible but nothing really exciting is included in the mix. The 6.1″ display is average along with the audio produced from the 6 speakers. Bluetooth, Aux and USB connectivity exist and they get the job done but there’s definitely room for improvement here in the form of better phone integration (Apple CarPlay and Android Auto are missing).

The vented and heated seats are a nice touch, so too is the smart entry and start system. All models come with a reversing camera as standard which is an absolute necessity as rear visibility is horrendous at the best of times. Three-zone climate control can keep all seven occupants happy on long trips where the middle row has controls for the back half of the car.

Overall the Toyota Kluger AWD GXL is a solid performer with a few nice additions. The passage of time hasn’t treated this model too harshly, though a 2017 facelift model is on the way with the promise of improved economy, thanks to an 8-speed auto gearbox.

The Kluger is built for families with an emphasis on comfort, capability and a touch of style. It’s the all rounder that suits the suburbs and city for day-to-day use while offering solid performance for those weekend excursions, thanks to its great towing capacity and AWD. The 2016 Kluger could be a real steal as the outgoing model sales filter through to dealerships and is worth adding to your watch list if you’re in the market for a capable SUV.

Think the Toyota HiLux is too big? Fancy a smaller version of the workhorse? Here …