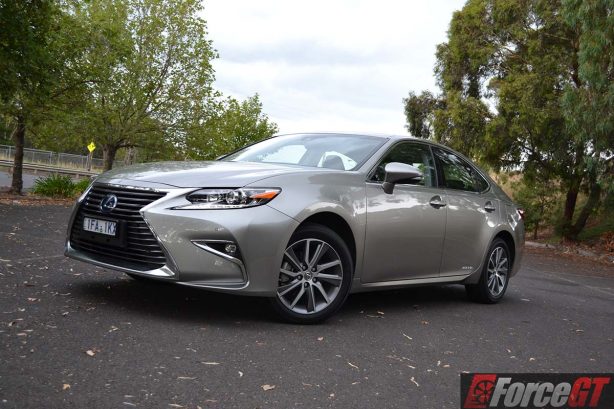 If you’re shopping for a mid-size luxury sedan around the $60-70k mark, you’ll be overwhelmed with options considering the sheer number of cars available in this popular segment. But if comfort and spaciousness are at the top of your priority then there is only one obvious choice – the Lexus ES.

Started out as the company’s mid-size luxury sedan complimenting the LS flagship when Lexus said hello to the world in 1989, the ES went on to become one of Lexus’ best-selling models; it’s the breadwinner in the brand’s largest and second largest market, the USA and China respectively.

Now in its sixth generation, the Lexus ES continues the proven formula. Well-built, lavishly luxurious and superbly comfortable, the ES has been so satisfying to own that 70 per cent of owners replace their old ES with a new one. Surely, such loyalty doesn’t come easy, which is why Lexus has been careful with each iteration. 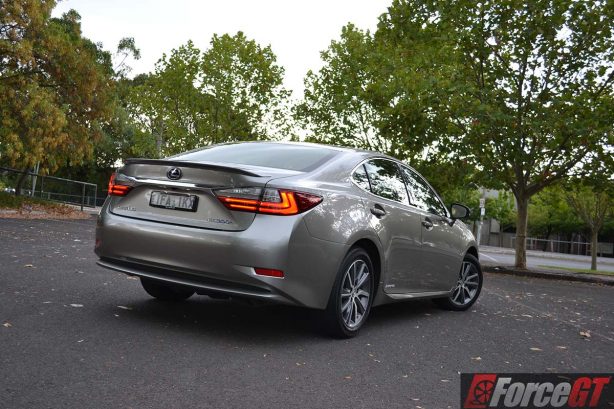 For 2016, the Japanese luxury marque has boosted the appeal of the ES with improved styling and a revised interior on top of even more standard equipment.

The sedan’s previously uninspiring front fascia has made way for an entirely new design, one that takes on the bold new look of the Lexus “spindle” grille. Even wider than before, the new grille features restyled horizontal slats and satin-chrome surround for a more premium look.

Overall, the frontal makeover is a vast improvement over the old, giving the ES better front proportion and greater road presence.

Updates at the rear have been more subtle. There are the new taillights with dual L-shape light tubes and revised rear diffuser with integrated ‘diamond’ shape dual exhaust tips (non hybrid variants). The lower bumper has also been widened while the boot lid garnish now extends to the clear lenses of the tail lamps to further emphasis a wider stance at the rear. 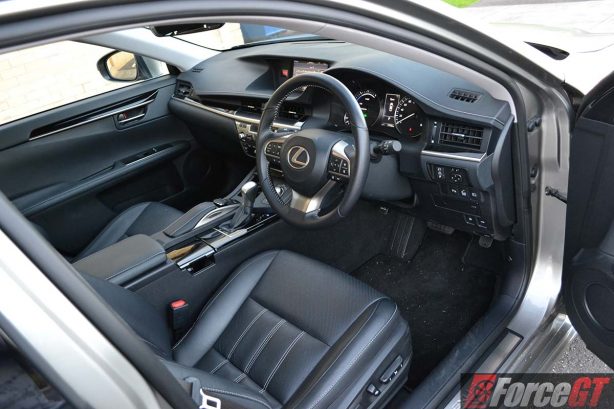 While the cosmetic update and boost in safety features are a step in the right direction, Lexus has spared the aging ES powertrains in its improvement effort. And here’s hoping that the excellent 2.0-litre turbo unit now in use across almost the whole Lexus range would make its way to the ES, but sadly this isn’t the case. 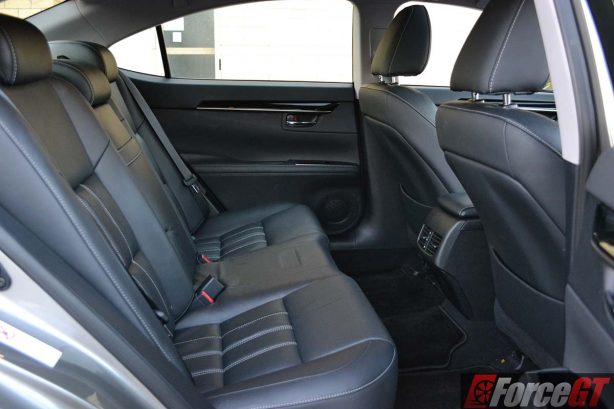 So, the 2.5-litre hybrid and 3.5-litre petrol V6 soldier on unchanged. The ES 300h we have on test here produces 151kW and 213Nm from its combination of a 2.5-litre four-cylinder Atkinson cycle petrol engine paired with an electric motor. Drive is channeled to the front wheels through a continuously variable transmission (CVT), which I must admit, and I’m not a fan of CVT, suits the mile-crunching characteristic and relaxing demeanor of the ES quite well.

And you should only buy the ES in hybrid because it makes more sense in a car with no high-performance inclinations. Instead, it offers enough power for day-to-day driving and fantastic fuel economy.

As you start off in the ES 300h by touching the throttle, electricity provides the initial noiseless propulsion during light acceleration. As more power is needed, the petrol engine kicks in so both power sources work together for added acceleration.

Power delivery is linear across the rev range, partly thanks to the added torque provided by the electric assist motor. Despite tipping the scale at 1,705kg, the ES hybrid isn’t as lethargic as we thought in daily commute. Flatten the throttle and the hybrid drivetrain also allows for swift overtaking. 0-100 km/h is achieved in a respectable 8.5 seconds.

Transition from pure electric power to petrol-electric is as seamless as it can get. It’s almost imperceptible when the engine kicks in and turns off, and the CVT pairs well with the powertrain to deliver a drive that is amazingly serene, refined and smooth. 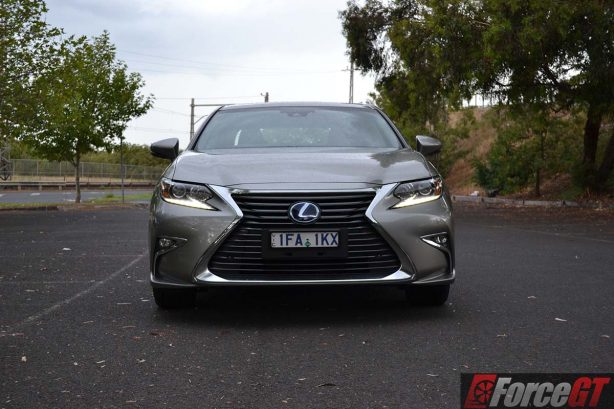 As you brake regenerative braking technology harvests the otherwise wasted kinetic energy to recharge the drive batteries. It’s an important feature to keep fuel usage low but the trade off is an inconsistent and numb braking feel, as with typical hybrids.

The ES’ light steering wheel makes driving around town effortless. As speed climbs it progressively firms up for a more stable drive. But there is still some isolation between the wheel and the road. Engaging Sport mode firms it up a little, but feel remains artificial.

While there’s no doubt the softly-sprung ES delivers exceptional ride quality, its driving dynamics aren’t heavily compromised, too. It’s capable of surprisingly tight turn-in and body control is far from clumsy. Having said that, the ES is still at its best munching away kilometres on long interstate trips as it’s church-like quiet at highway speeds. The seats are superbly comfortable and you feel fresh even after long hours behind the wheels.

Over our week long testing, the ES 300h’s average fuel consumption figure of 6.6L/100km is just over a litre higher than the claimed 5.5L/100km. On the freeway it’s possible to dip below 4L/100km, and that’s very impressive for a saloon of its size. 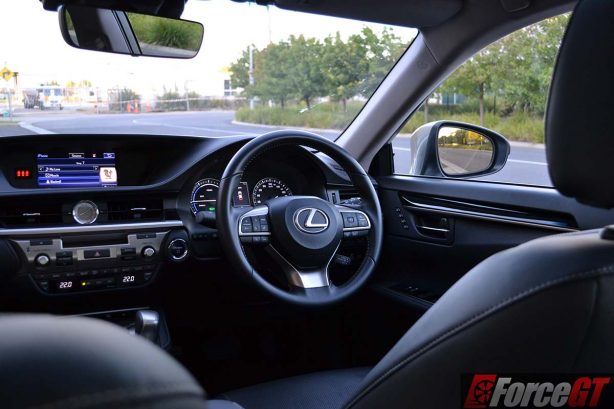 Cabin space is also abundance in the ES, matching even the flagship LS in rear legroom. Few luxury sedans in this class offer that much space for the money.

If your idea of luxury includes a plush ride, loads of cabin space and generous creature comforts, the Lexus ES is a perfect fit. But if driving dynamics are high on your list, then the ES probably won’t float your boat.

2016 brings added appeal through a suit of standard safety features and much welcomed styling enhancement to the once bland mid-size sedan. However, we feel the ES range can be made more complete with the inclusion of a 2.0-litre turbo variant.