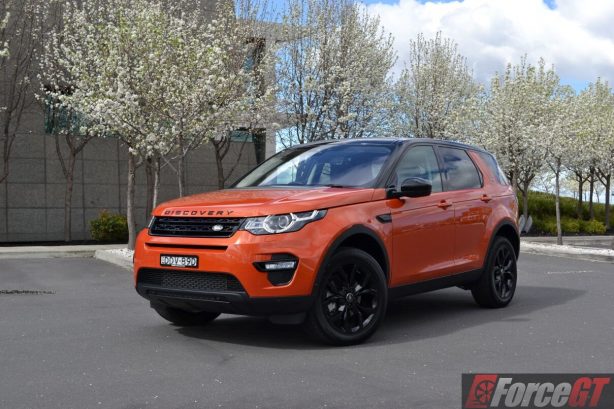 When we drove the diesel Land Rover Discovery Sport earlier this year, we liked its on and off road versatility, handsome styling and smart packaging. We were, however, not that impressed by the aging diesel powertrain.

And while we wait to try out the new much improved “Ingenium” range of diesel engines arriving later this year, we get behind the wheel of a petrol-powered Discovery Sport.

For those who are after better refinement and a more responsive engine, the $59,000 Discovery Sport Si4 may be a viable alternative to the diesel. It may fetch a $3,200 premium over the base TD4 150, outside the family the petrol Discovery Sport is more affordable than the equivalent BMW X3, Audi Q5 and Mercedes-Benz GLC. The Brit is only beaten in price slightly by the AWD variant of the Lexus NX. 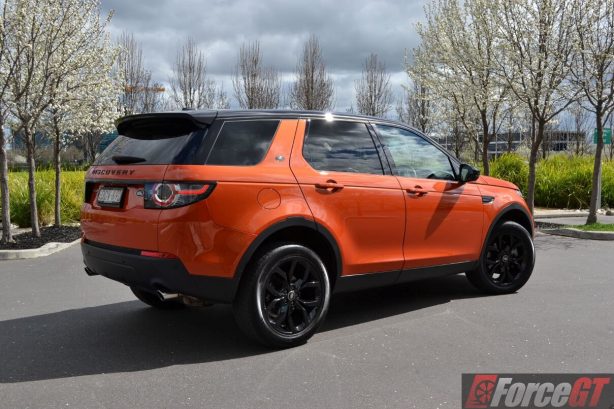 It’s all equal when it comes to towing, all variants are good for up to 2,200kg braked and 750kg un-braked.

The petrol engine is more muted and refined than the diesel, but not the smoothest or sportiest in its class. There’s mild turbo lag on take off but once on the move the strong mid range gives immediate acceleration through a responsive throttle and shows no signs of fading until 5,500rpm.

Its 0-100km/h sprint time of 8.2 seconds is the quickest of the Discovery Sport range, though in the company of the Germans it will still play catch up. Its real world fuel economy figure of 10.1L/100km isn’t disastrous but not quite up there with the best in class either. 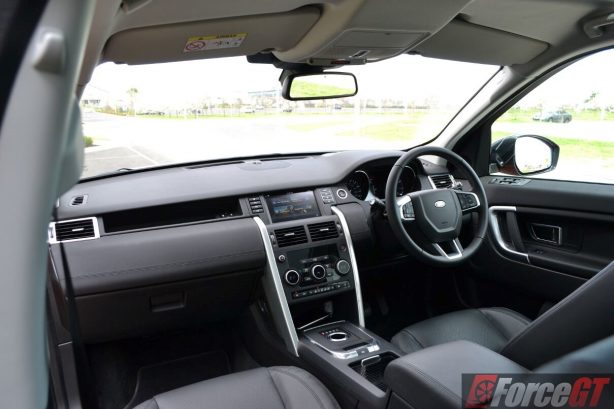 The 9-speed automatic makes its shifts felt from first to second and vice versa, but buttery smooth from second gear up. It’s a better match with the petrol mill than the old diesel, responding more cooperatively to the right pedal but tends to be a little reluctant to downshift when braking down a slope.

The fuel-saving auto idle stop/start is hard to regulate, killing the engine almost every time you come to a stop, even if you’re only lightly on the brakes trying to inch forward on stop and go traffic. That being said, it’s quick to kick back in and its operation almost seamless, perhaps the smoothest in class. 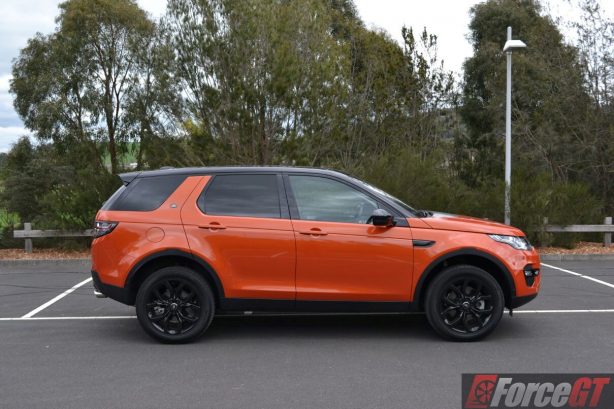 While the competition is now softer and more car-like than ever before, it’s refreshing to see the Discovery Sport still clinging on to its Land Rover DNA, offering a rock solid feel on the road that is more 4×4-like than crossover.

That’s not to say the Disco Sport is rough on the black top, in fact, it’s a fine cruiser with a comfortable ride and good high-speed stability. It’s the added assurance you get behind the wheel that this thing is ever ready to take on terrain its rivals will shy away from, thanks to the higher ground clearance, short overhangs and a rugged all-wheel drive system.

Around the bends, the Land Rover is composed and planted with good grip, though not exactly confidence inspiring. Getting overly enthusiastic at the tighter bits will reveal its understeery nature but there’s plenty of warning. Thankfully, its steering feels connected with decent weightage and feedback for an electric set up. We also have no issues with the brakes. 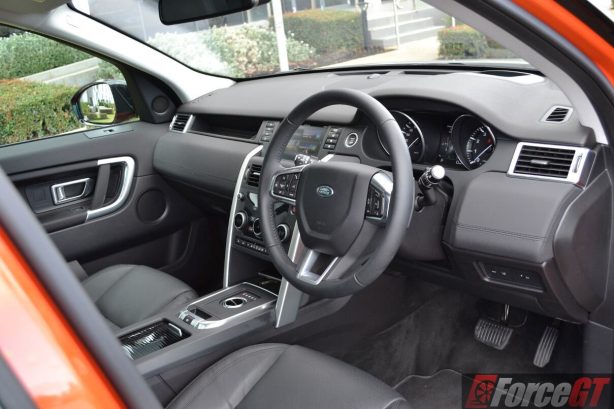 Land Rover-ness is also evident in interior presentation. Unlike its suaver rivals, the Disco Sport adopts a more muscular take on interior design. The layered dashboard is clean, non-pretentious and functional, while the commanding driving position gives excellent forward visibility.

While the general interior ambience is classy and premium, there are some scratchy hard plastics in the lower door trim and centre console. The door pockets will also resonate when the audio is cranked up. 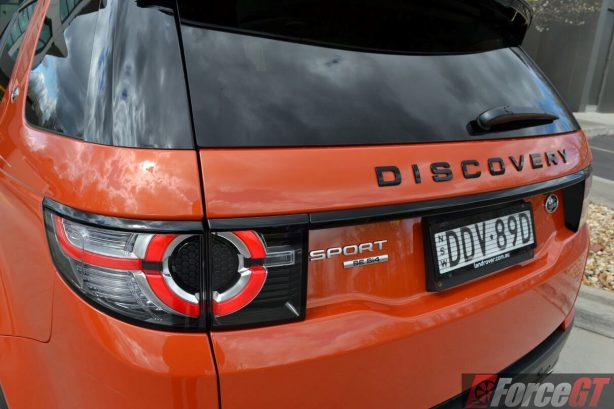 The Discovery Sport is one of the few cars in its class that is available with seven seats (albeit a $1,990 option). In five-seat form, like our test example, the boot offers 689 litres of storage, expandable to 1,698 litres with the 60/40-split back seats folded.

Of course, being a Land Rover the Discovery comes standard with the bush-bashing Terrain Response system, bringing a suit of serious off road driving programme, making off-road driving a walk in the park even for amateur.

While diesel – with strong torque and great fuel economy – seems like a better option for an SUV like the Land Rover Discovery Sport, a turbo petrol may, in fact, be exactly what it needs. What the Si4 SE lacks in range and grunt it makes up for in better refinement and a smoother drive.

And that’s a better match for what appears to be a pretty well sorted premium adventure vehicle.