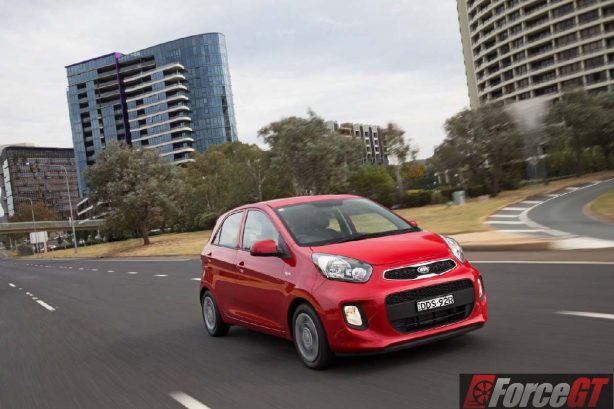 The micro-car segment is a micro segment in Australia, with less than a handful of players – chief amongst them, the Mitsubishi Mirage and Suzuki Celerio. Nissan quietly dropped the Micra from its lineup earlier this year.

According to Kia, the segment represents less than 1 per cent of the Australian new car market but that hasn’t deterred the upbeat Korean brand from introducing its baby Picanto.

Styled in Europe but built in Korea, the Picanto is equipped with an automatic transmission as standard in Australia – a crucial ingredient if it was to survive – as illustrated by the excellent, but ill-fated Volkswagen up! which came only in manual.

Priced from $14,990 drive away, the five-door only Picanto comes in a single Si specification in Australia, backed by Kia’s industry leading 7-year warranty, capped price servicing and road-side assist. 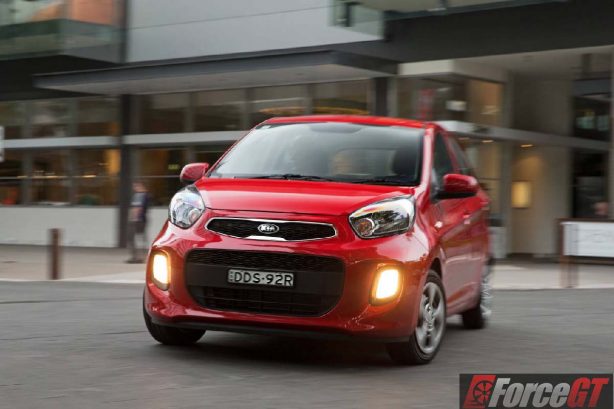 The Kia Picanto made its European debut in 2011 but has since received a minor facelift in 2015. Despite its age, it is still one of the better-looking cars in its segment. Its cutesy face incorporates Kia’s smallest ‘tiger nose’ grille and is flanked by a pair of swept back, oversized headlamps.

The front bumper – revised during the facelift – sports a set of vertical fog lamp housings that doubles as the car’s daytime driving lights.

Its pert proportions are not only pleasing to the eye but contributes to a drag co-efficient of Cd 0.31, which is far better than the majority of the A-segment cars; according to Kia.

Measuring slightly less than 3.6m but with a 2,385mm wheelbase and clever packaging, the Kia Picanto feels roomy for a micro-car. There is 200 litres of boot capacity with the seats in place, or 605 litres with the 60:40 rear seats folded. 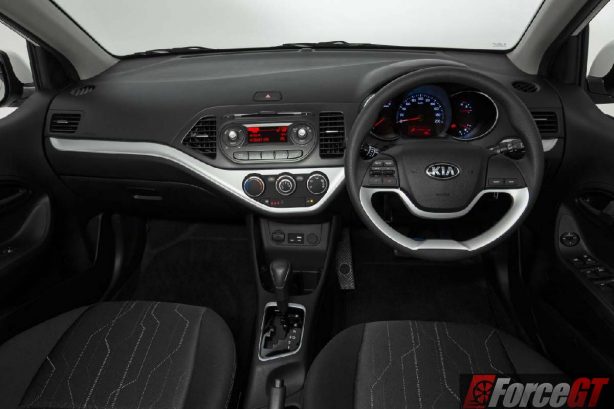 Inside, cabin quality is good with well laid out controls and good all round visibility. There are chrome embellishments around the air vent knobs complemented by high-gloss black detailing to lift cabin ambience, and the seats are trimmed in good quality black cloth and are relatively comfortable both front and back.

There are plenty of hidey-holes dotted around the cabin, plus a decent sized glove box. Disappointingly, though, the steering column only adjusts for rake and not reach, making the driving position a tad inflexible.

The 4-speaker audio system is also one of the worst we have come across in recent times, with hardly any bass whatsoever. 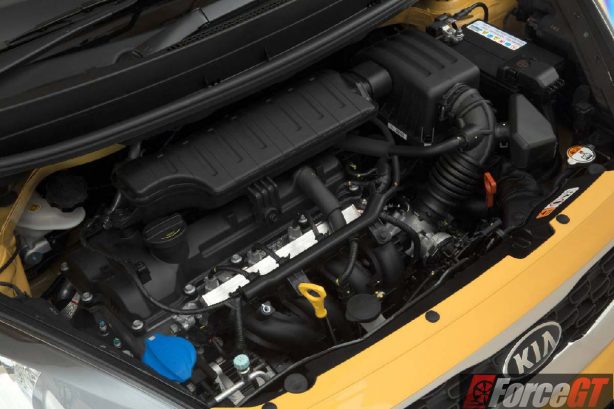 Australian-delivered Picanto’s are propelled by a 1.25-litre naturally aspirated four-cylinder petrol engine from Kia’s Kappa family. It is paired with a four-speed automatic transmission driving the front wheels.

Delivering 63kW of peak power at 6,000rpm and 120Nm of torque at 4,000rpm, the energetic little engine is willing and copes well at freeway speeds, although the Picanto is still most at home when zipping around town. Its controls are light and easy while its small footprint and tight turning circle makes parking a breeze.

Kia has done a decent job in minimising noise, vibration and harshness, too, which tends to be a bugbear for cars in this segment. There is some wind noise around the wing mirrors but not sufficient to be an annoyance. 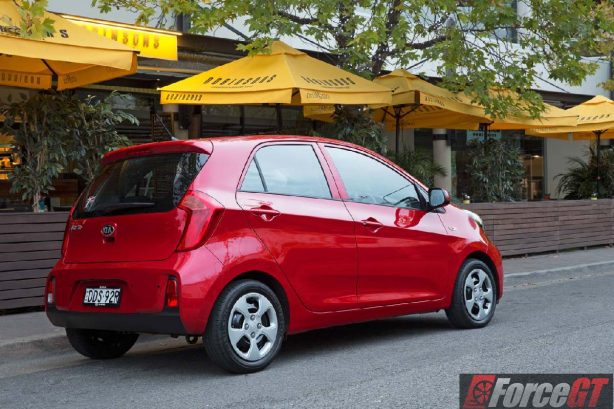 As we have come to expect from Kia, the Picanto comes decently built. The doors feel solid and there are no squeaks or rattles in our test car.

The interior plastics, while not the usual soft, squishy type, look decent enough for its price point.

Kia claims the Picanto will return 5.3L/100km on the combined cycle. In the real world however, you can expect the baby Kia to consume around 7.4L/100km of normal unleaded.

With a 35-litre fuel tank, that equates to around 473km on a full tank. 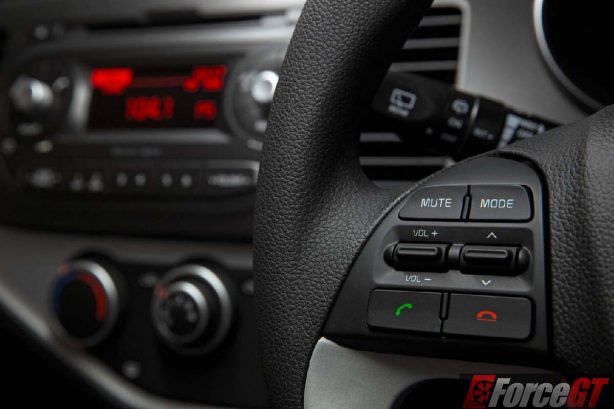 What’s missing though are a reversing camera and cruise control.

While the field in which the Kia Picanto plays in might be small, its characterful engine, decent looks and handling, plus generous equipment and low running costs means the baby Kia stands a good chance of survival in Australia.