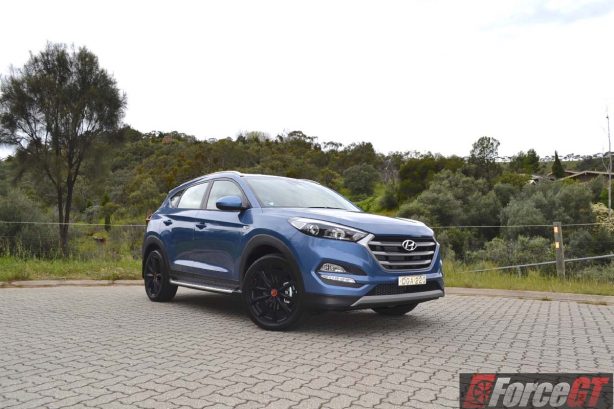 The Hyundai Tucson is one of the brand’s most popular models and the third best selling medium SUV in Australia, with handsome styling, compelling handling and a wide range to choose from.

Now, Hyundai has added another model to mark its 30th anniversary in Australia.

Known simply as the Tucson ’30’ Special Edition, the model is based on the Tucson ActiveX but gets the more powerful 1.6-litre turbocharged four-cylinder direct-injected engine that was previously limited to the pricier Elite variant and above, producing 130kW of power and 265Nm of torque, 9kW and 62Nm up on the Active X. 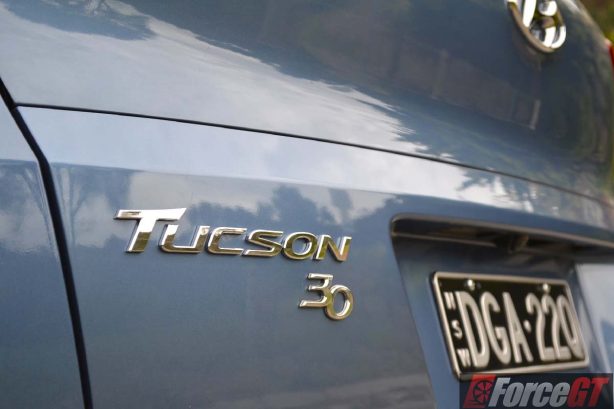 It also gains an all-wheel drive system and a 7-speed dual-clutch transmission, as opposed to front-wheel drive and a 6-speed auto.

Limited to just 300 units and priced from $37,750 plus on-roads, the most obvious changes to the Special Edition Tucson are the sinister combination of matte-grey side steps and matte black 19-inch RAYS alloy wheels wrapped in wider 245/45 R19 tyres.

It also wears an exclusive Ash Blue exterior paint, while those at the back can tell you’re in a special edition model by the unique ‘30’ badging and new quad exhausts that sound sportier. 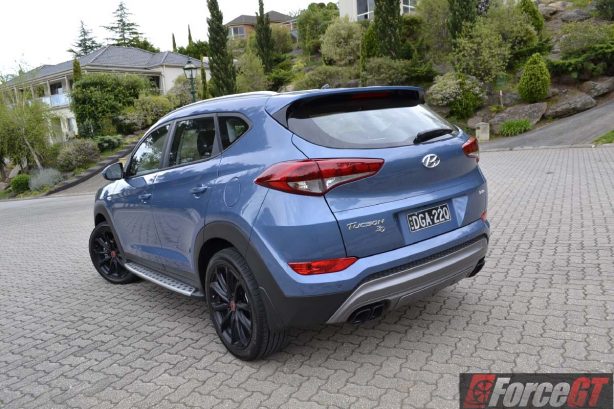 The makeover certainly makes the Special Edition Tucson more distinctive and gives it a custom after market look that will resonate well with the younger crowds.

Inside however, the cabin has been left untouched. There are no special edition badges or unique features to announce you have splashed out on a limited-edition model, although it does come with leather-appointed seats along with a 7-inch touchscreen with Apple CarPlay and Bluetooth that takes care of your infotainment needs.

What’s lacking though is in-built satellite navigation, especially for its near $40k asking price. The hard plastics on the dashboard have also – unfortunately – been carried over. 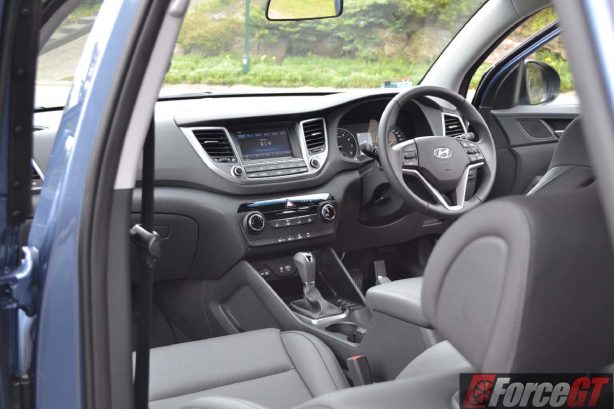 Thankfully, those with a smart phone can easily plug in their devices and use the phone’s map instead which is displayed on the car’s infotainment screen.

There’s an abundance of storage space and comfortable seating for four, or five if you don’t mind getting a little intimate at the back. Those with small children will be pleased to know the second row offers two ISOFIX child seat points, while boot space is a decent 488 litres with the rear seats in place, expanding to a Freedom furniture-friendly 1,478 litres with the rear seats folded.

The heart transplant has done the Tucson ‘30’ a world of good. While the 9kW jump is certainly welcomed, it is the 62Nm of extra torque that proves to be the most useful. Accessible from 1,500rpm and all the way to 4,500rpm, the responsive unit endows the SUV with an extra dose of athleticism that brings the shine out of the Tucson’s chassis, with the seven-speed twin-clutch helping to harvest the available power and torque efficiently. 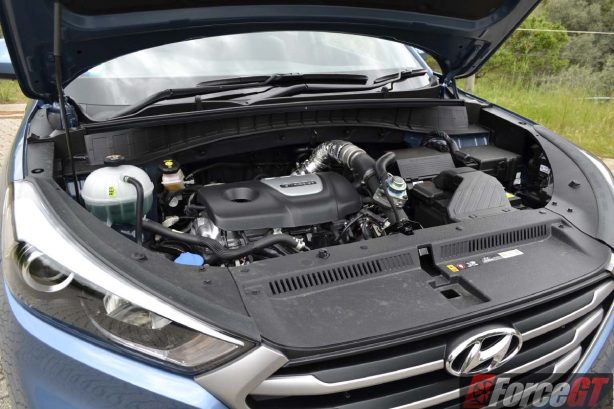 Despite the 19-inch wheels, ride quality is surprisingly good on most road surfaces, making the Korean SUV one of the most comfortable in its class.

Interior refinement is also relatively good, although the engine can get a tad vocal on the higher reaches of the rev band. 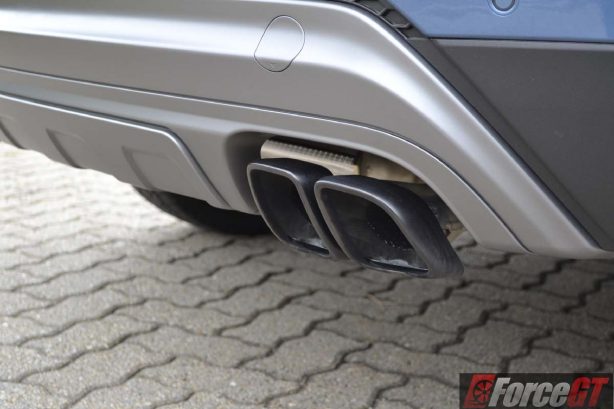 Our main gripe comes from the car’s twin-clutch transmission which doesn’t feel quite as sophisticated as those from Volkswagen. It tends to hang on to revs for a bit too long, especially in second and third gear, and doesn’t shift with the crispness of its European counterpart.

Other than that, the Korean-built Tucson ‘30’ Edition feels solid and well made.

On test and without fuel saving stop/start technology, the Tucson ‘30’ Edition returned a combined fuel economy of 9.2L/100km (against a claim of 7.7L/100km), slightly more than the 2.0 GDi engine that we tested in the Active X which returned 9.1L/100km.

Unlike most special edition models, Hyundai has given its Tucson ‘30’ Special Edition real substance in the form of a more advanced and powerful engine and a more capable drivetrain, along with an aesthetic upgrade.

If you enjoy driving and occasionally venture beyond the concrete jungle into the real jungle, then the Tucson ‘30’ makes a compelling case with its extra grunt and all-wheel drive system.

Otherwise, the front-wheel drive Active X is more than enough for most.