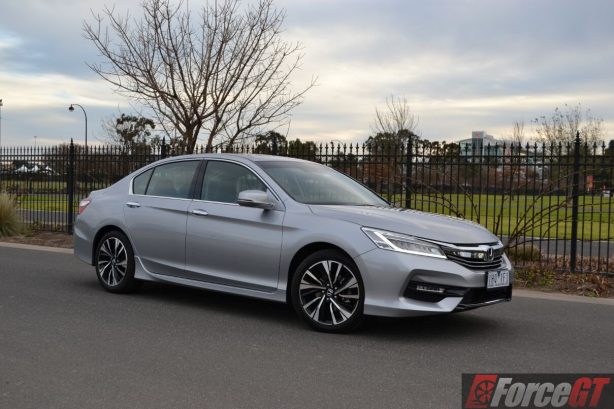 Honda has given its mid-size Accord sedan a much needed facelift for 2016, and it couldn’t have come soon enough. The current generation Accord hasn’t had much success in a class it once rule, with sales figures trailing the Mazda 6, Subaru Liberty, Toyota Camry and Ford Mondeo. By all accounts the Accord isn’t a bad car, it’s just that it’s about as interesting to look as a shipping container.

Fortunately, the new refresh has injected a good dose of style to the Accord as Honda attempts to elevate its midsizer back to the pointy end of the segment. The front fascia has been completely revamped, boasting new design headlights, restyled bumper and a “solid wing face” grille that is all too reminiscent of the new Civic. Changes to the rear are a lot more subtle, with new taillights and a new bumper freshening things up.

The design is bold, sleek and sophisticated. The sharp new front, especially, is a great departure from the yawn-inducing styling of the old. 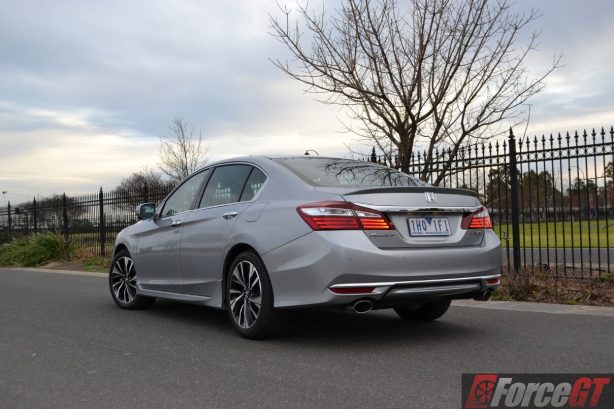 Honda has left the interior largely untouched which is not a bad thing. Like before, the dashboard is vast and functional with clear instrumentation, while ergonomic is top shelf with hardly a stretch to get to any button or switchgear.

The centre console is decked out with two colour LCD screens. The larger screen on top acts as a multi information display, including satellite navigation for VTi-L and V6L models, while the smaller one below functions as a touch screen audio display, replacing all audio related control buttons. Although the dual LCDs arrangement looks pretty techy, we’re not quite sure if the touch screen audio LCD is better to use than conventional buttons and knobs.

At the back you will find a voluminous boot with 461 litres of cargo space, one of the biggest in its class but still dwarfed by Skoda Superb’s class leading 625 litres. 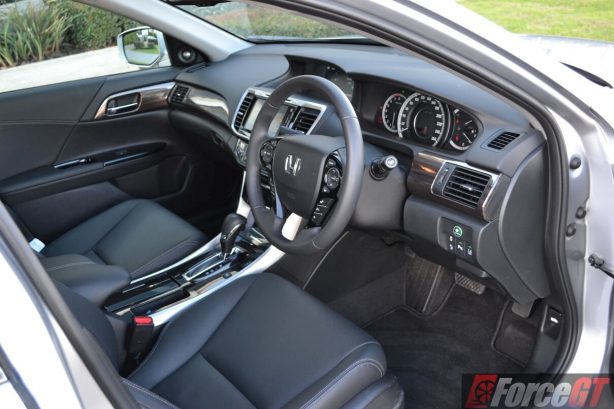 For 2016, smartphone connectivity moves up a notch with the inclusion of Apple CarPlay and Android Auto in all grades. 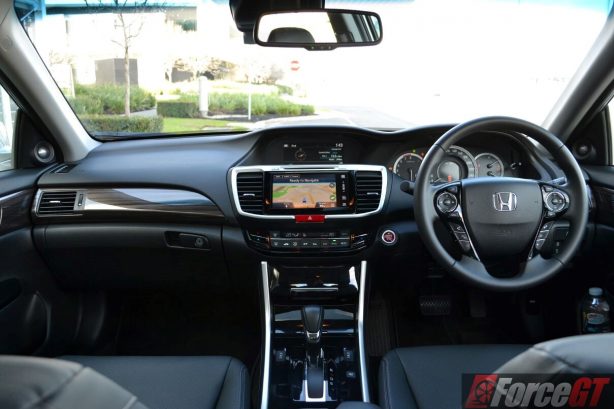 Under the bonnet, the Accord’s powertrain remains unchanged with Honda continue offering the aging  2.4-litre four-cylinder engine producing 129 kW and 225 Nm mated to a five-speed automatic, and a 3.5-litre V6 developing 206 kW and 339 Nm paired with a six-speed automatic.

As previously tested, the 2.4-litre petrol engine is a refined unit that likes to rev. It’s smooth-sounding and non-trashy all the way to its 6200rpm redline. The five-speed auto seems outdated in a world where anything less than six cogs is ancient. However, its shifts are so crisp you almost never notice it, let alone be bothered with the missing ratio.

The V6 we drove this time is even better. It’s silky smooth and the power delivery is as linear as you can get. It pulls hard at any revs and the accompanying soundtrack is surprisingly meaty and sporty. It’s definitely one of the best sounding V6s out there. Together with the buttery six-speed auto, the drivetrain offers effortless acceleration and immediate response. Its refinement also rivals some luxury cars costing much more. 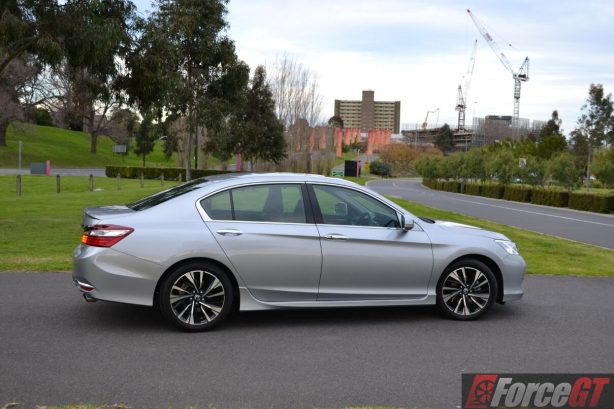 The new Accord scores highly in the way it drives. Its suspension is almost perfectly damped to give a nice balance between comfort and handling, which is again very premium car-like. For a midsize sedan, the Accord has excellent body control and grip, serving up a tidy drive around the bends that deceives its size.

The Thailand-sourced Accord feels solidly built with good overall interior fit and finish. Panels are well aligned with no noticeable rattles around the cabin. Soft-touch materials are used in most places around the cabin including the dashboard and upper part of the door trim. The centre console plastics, however, feel cheap and the flip-open centre storage cover squeaks on operation – certainly not something we expect to find in an Accord. 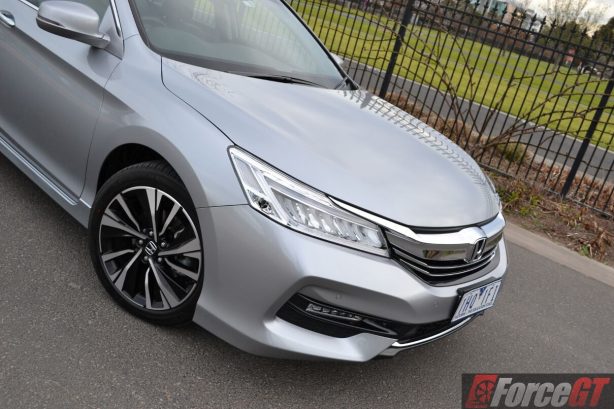 Our week spent with the 2.4L Accord returned an average of 8.2L/100km with about a third of its time spent in urban traffic. The real world figure is identical to the that in the brochure – a rare case. At constant speed on the freeway, the Honda consumes around 5.0L/100km. Not too bad for a mid-size saloon. As expected the V6 is thirsty, returning a miserable 11.6L/100km.

In the company of more advanced rivals, the Accord misses points for the lack of fuel-saving tech such as auto engine stop/start and regenerative braking.

While the 2016 Honda Accord isn’t going to change the status quo of the midsize passenger car segment just yet, the new update adds a welcoming boost to the sedan’s style and technology.

The 2.4L VTi ($32,990) and VTi-L ($43,990) models have aging powertrains but the potent and wonderfully refined V6L offers premium class driving feel. The range-topper is matched with a plush cabin and comfortable seats, too. However, at $52,590 it’s also one of the most expensive in its class.

Cabin space and reliability remain some of the Accord’s strong points, though some minor interior quality issues caught us by surprise. Nevertheless, the refreshed Accord is the nameplate’s most accomplished model in two decades.

2016 Honda Accord pricing and specification