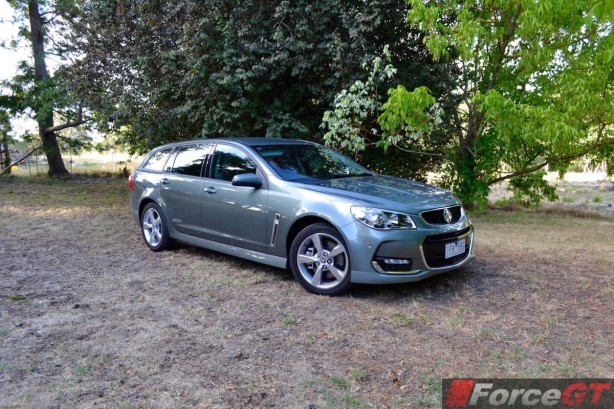 Save the best for last. That’s exactly what Holden has done with the 2016 VFII Commodore.

While the new range is still unmistakably VF Commodore, minor functional and cosmetic tweaks – mainly to the front fascia – bring the car up-to-date for its last leg before being phased out in 2017. It will be replaced by an imported model based on the next-generation Opel Insignia, while retaining the Commodore badge.

With V8 Commodores accounting for nearly 1 in 3 cars sold in the past few years, it’s no surprise the bulk of the upgrade is found underneath the sporty SS and SSV models; both of which scored the mighty 6.2-litre LS3 V8 mill previously reserved for more expensive HSV’s and the export-only Chevrolet SS. 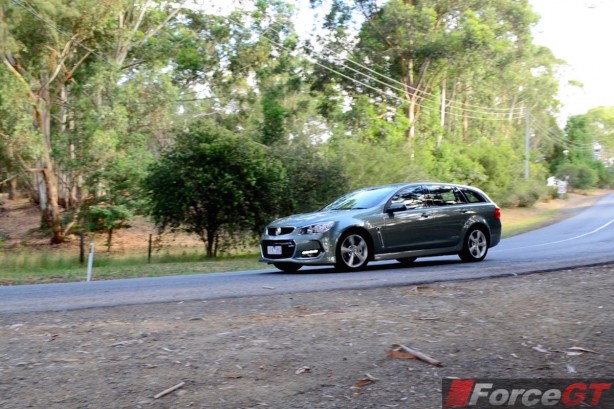 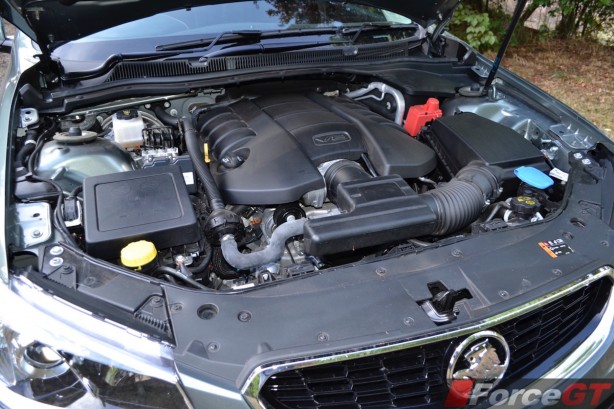 Serving up an impressive 304kW of power and an adrenaline-charged 570Nm of torque, the new SS and SSV are the fastest Commodores Holden has ever produced, delivering a 0-100km/h sprint in just 4.9 seconds, en route to an electronically limited top speed of 240km/h (230km/h for the six-speed auto).

Unlike its predecessor, automatic models aren’t penalised with less power, either, although intriguingly, the new engine is thirstier than the previous generation’s 6.0-litre unit.

How thirsty? Our SS Sportwagon Automatic returned an eye-watering combined average of 14.6L/100km over roughly 400km of city and freeway driving. While the LS3 will happily slurp the cheaper 91RON, Holden recommends premium juice if you want the full fireworks.

However, all these become immaterial the moment you floor the SS’s throttle. Where the previous-generation sounds subdued and disinterested, the VFII’s new lungs quickly fill with testosterone-charged oxygen before huffing and puffing in what can be described as the best sound this side of a V8 Supercar!

The majestic rumble is super-addictive and becomes louder as revs climb. It is still civilised and muted at low revs but whips into a storm of delicious symphonic roar even on half throttle openings. And as you lift off the loud pedal, the bi-modal exhaust spits out pop and cackle that reverberates throughout the cabin. It makes you want to keep doing it over and over again. 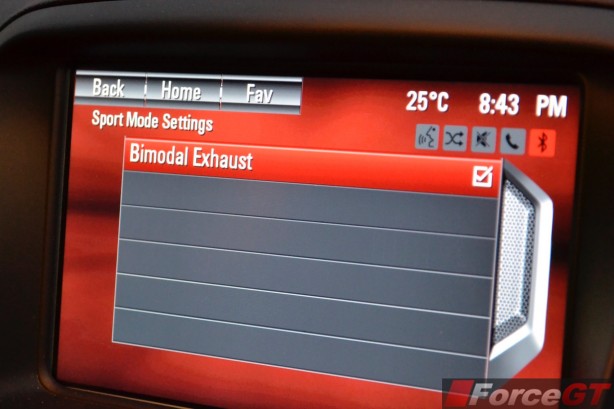 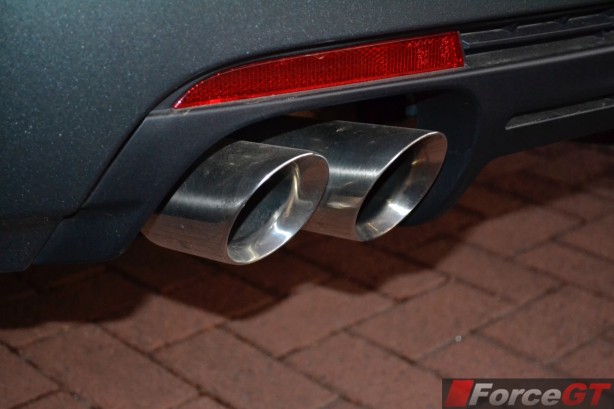 The new bi-modal exhaust is activated using a button on the VFII’s 8-inch colour touch-screen, where it detects driver input to create that distinct and unmistakable engine symphony.

The system is the work of Holden engineer, Dr. David Baillie, whose simple yet effective invention – together with a mechanical sound enhancer – is an integral piece of the VFII’s new sound character.

Dr. Baillie sadly passed away early last year before having the chance to see his work etch silly grins on the face of drivers like you and me. So, as a tribute, Holden has fittingly named the new exhaust the ‘Baillie Tip’.

While we loved the old 260kW 6.0-litre V8, it felt anaemic compared to the LS3. The extra oomph and revised gear ratio endows the car with a refreshing breath of vigor that makes it feel lively and energetic. 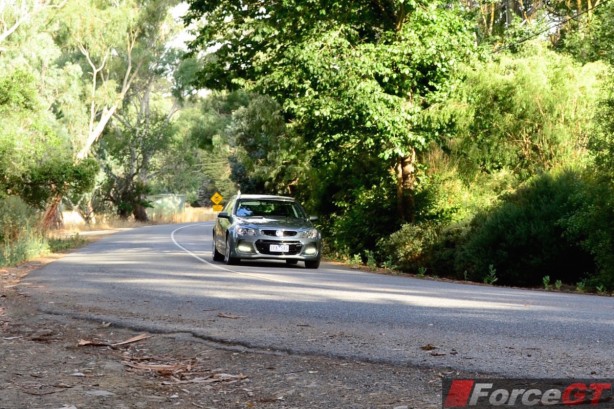 Whereas the new SS-V Redline is fitted with the latest FE3 suspension tune – complete with revised stabilizer bar, retuned dampers and a reduction in rear spring rate – the SV6, SS and SS-V continues with the previous FE2 suspension. Handling is therefore, much the same as before, which means confidence inspiring dynamics and excellent body control.

The car’s turn in is sharp and direction changes are swift, thanks to a precise and communicative steering. The steering’s weighting is also brilliant, with just the right amount of weight to feel sporty.

Most of the VFII’s redesigned front fascia is functional, the result of heat and airflow requirement of the bigger engine. 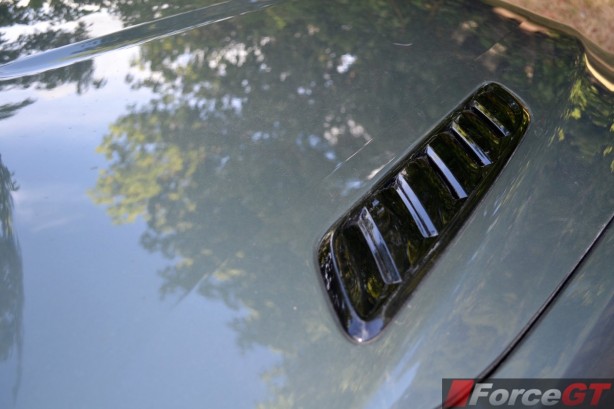 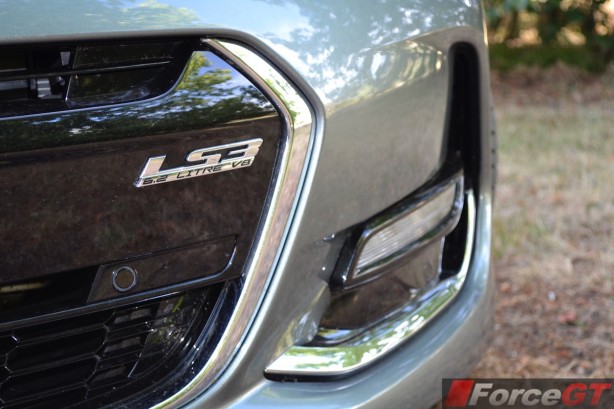 All V8 models receive discreet bonnet vents that allow the release of hot air directly out of the engine bay whilst simultaneously giving the car a more aggressive look. They have also been engineered to effectively redirect water away from critical electrical components in the engine bay.

There’s additional fascia ducts in the restyled front bumper to allow for improved aerodynamics performance by reducing the size of the wake off the front corner of the vehicle.

Sportwagons also receive new C-shape LED tail lamps to give the car an even wider stance. Rounding up the exterior makeover are fresh 18- and 19-inch alloys wheels (18-inch on the SS).

Inside however, the cabin is largely carried over. While the SS is relatively well equipped, with Bluetooth, push button start and keyless entry, rear view camera, parking sensors, automatic park assist, blind spot assist all coming in as standard, we question the lack of satellite navigation; given it is standard on a $25k Toyota Corolla SX. 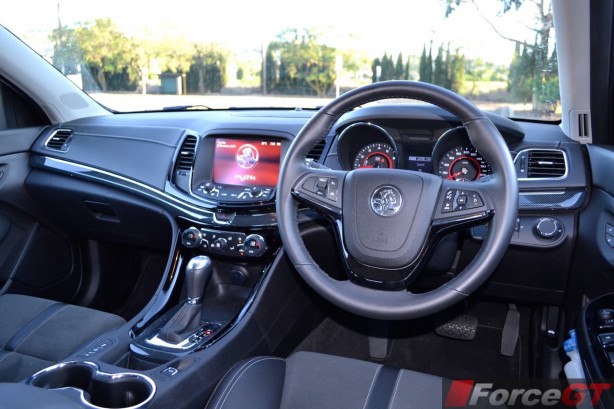 Crucially, the SS is also missing a pair of steering wheel-mounted paddles (standard on the SS-V) for a more involving drive, although the manual mode is the right way round – push up for downshift, and push down for upshifts.

The V8-powered 2016 Holden VFII Commodore is just what the doctor has ordered: more power, an exhilarating soundtrack matched with confidence inspiring dynamics.

It is a great shame this affordable Australian engineered and built sports sedan/wagon is on the death row with no replacement.