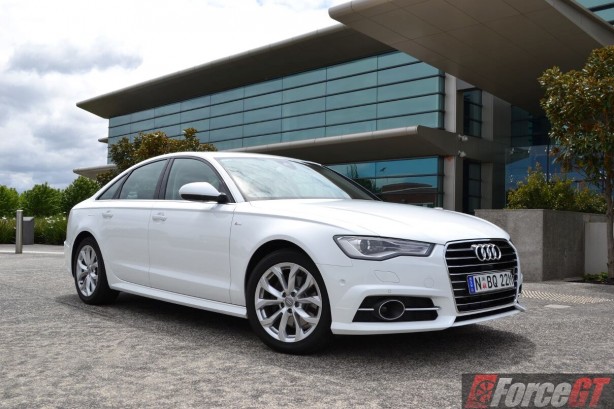 The current Audi A6 mid-size sedan has been on sale since 2012, and in a car’s life cycle, it’s time for a refresh to keep sales going until the next-generation model comes along. 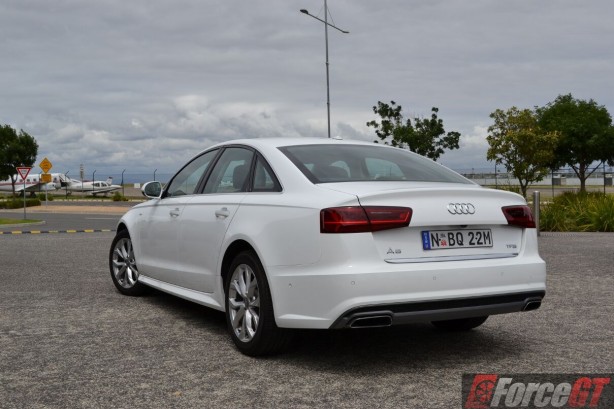 The new A6 mid-size sedan features a wider, flatter singleframe grille that is consistent with the latest evolution of the Audi design language. The refreshed exterior styling is accentuated by sharper lines around the front and rear bumpers, revised headlamps and taillights, and new design alloy wheels.

The Audi A6 may be four years old, but it remains one of the most modern and classy designs in the executive car segment. The standard S line exterior, comprising sportier front and rear bumpers and side skirts, further sharpens the looks but it still needs at least 19-inch wheels to look best.

Audi’s Matrix LED headlight technology has been introduced for the new A6, which offers a higher level of forward vision at night-time, without blinding other motorists. Dynamic turning indicators at the front and rear are also available across the range. 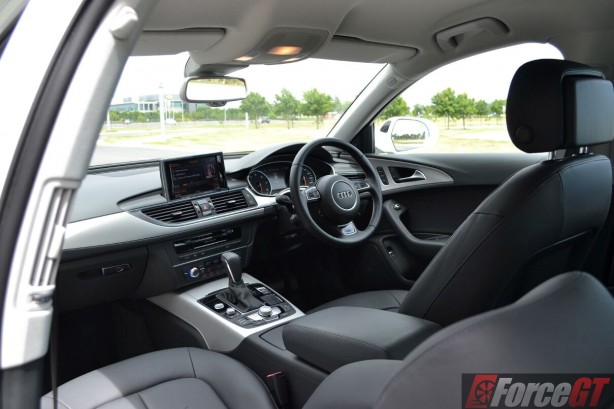 The A6’s interior is plush and exceptionally well built. But in contrast with the exterior, the A6’s cabin is starting to show its age as evident by some trim texture, switchgear and seat design. The infotainment screen, despite updated with new computer hardware and higher resolution, still lacks the crispness of its rivals. And Audi’s excellent Virtual Cockpit digital instrumentation, already deployed in certain Audi models, is only slated for the next gen A6.

The Driver Information System (DIS) that sits in between the speedometer and tachometer readouts has also been updated and can now display high-resolution map-based navigation right in the driver’s natural field of vision.

The A6’s cabin offers comfortable seating for five, with very generous front and rear legroom. Road and wind noise suppression is impressive, lending to a cabin that is church-like quiet. Drivers will appreciate the near perfect driving position, while passengers will find plenty of useful storage throughout the cabin. 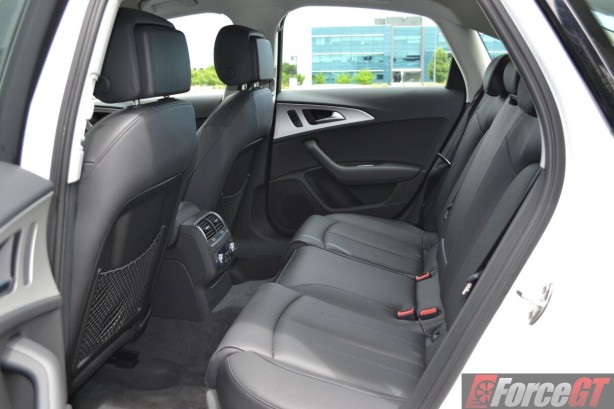 The 530-litre boot in the Audi is 10 litres larger than that in the BMW 5 Series and Lexus GS, but 10 litres shy of that in the Mercedes-Benz E-Class. The load bay is deep and square but the small opening hampers practicality. The boot expands to 995 litres with the 60:40 split rear seats folded.

Producing 140kW and 320Nm, the 1.8-litre four-cylinder TFSI engine equipped in our test car is surprisingly punchy. Matched with a sporty seven-speed S tronic dual-clutch transmission, the entry-level A6 is brisk around town and quiet and economical on the freeway.

It accelerates to 100 km/h in 7.9 seconds from rest, and returns a claimed average fuel consumption figure of 5.7L/100km. In the real world the figure rises to 7.6L/100km which is still very respectable for a large sedan. 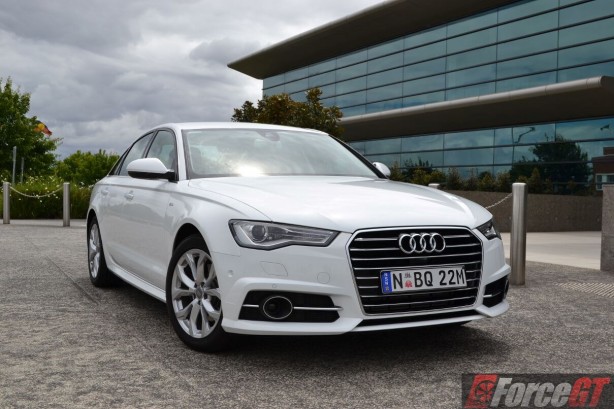 If driving to you is nothing more than to get from A to B, then the Audi is perfectly ok. But for a bit of driving pleasure, you are better off in a BMW 5 Series. The front-wheel-drive A6 1.8 TFSI exhibits understeer and is inherently less fun to drive than the Beemer.

But that’s not to say the A6 is floaty, far from it, as body roll is very well suppressed and the steering is sharp. The ride is plush on most surfaces and the long wheelbase makes for a very comfortable long distance cruiser.

In addition to the 1.8 TFSI, two versions of the 3.0 TDI turbo diesel engine complete the A6 line-up – both delivering power via Audi’s quattro all-wheel drive system.

The single-turbo 3.0 TDI produces 160kW and 500Nm and is equipped with a seven-speed S tronic dual-clutch transmission. It powers from 0-100km/h in 6.6 seconds, with claimed fuel efficiency of 5.1L/100km. 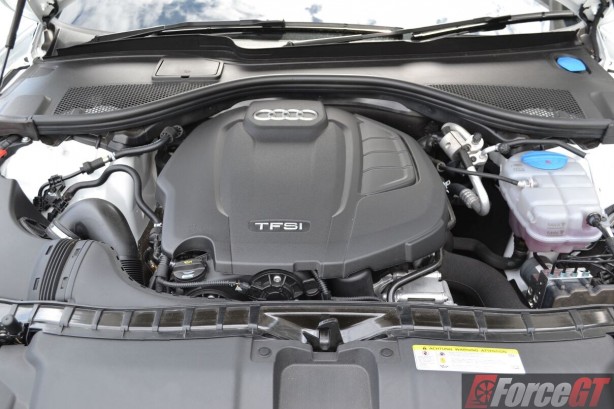 Audi has upped the level of standard feature across the A6 range. Standard fitment in the 1.8 TFSI we sampled include Xenon plus headlights, with LED daytime running lights and high-beam assist, S line exterior package, Parking system plus, with front and rear camera, keyless entry and Audi side assist.

The Audi A6 is a car for classy, sensible and smart people. It may not be the most fun to drive, or the most exciting to look at or be in, but it’s a great all-rounder. And for some, this may be exactly what they are looking for.