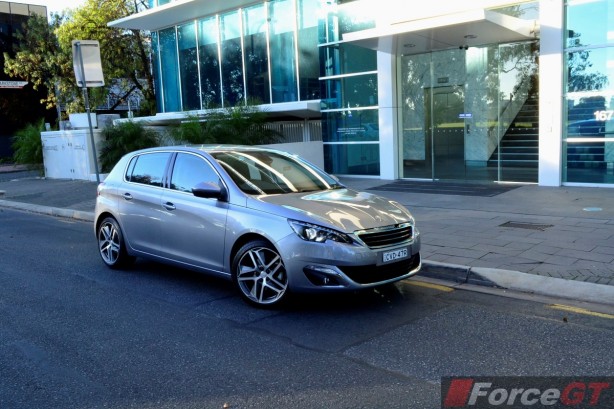 It has been a while since Peugeot produced a car that excites. The last one I drove was the 208 GTi in 2013 that finally brought some mojo back into the French company after a decade of ho-hum effort.

The latest 308, launched earlier this year, not promises to carry on the good work of its smaller sibling but up the ante in the notoriously competitive small car segment.

While the name might be carried over, the 2015 Peugeot 308 is built on an all-new platform and weighs up to 140kg less than its predecessor. 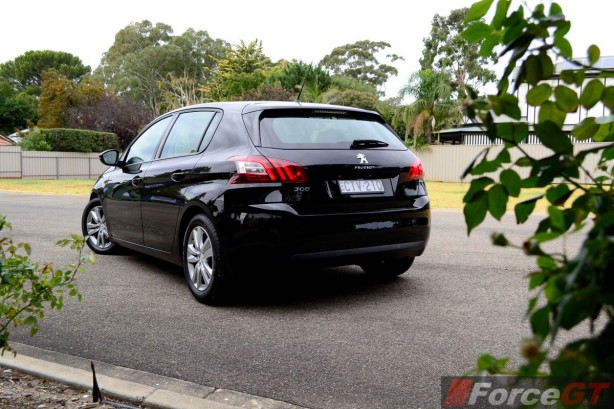 Available in hatch or wagon (Touring) body styles, there are five model grades to choose from – Access, Active, Allure, Allure Premium, and the recently launched GT.

Peugeot also recently announced an attractive $21,990 permanent drive-away price for the 308 Access, while the Active and Allure 1.6 on test here are priced from $27,340 and $32,790 plus on-roads, respectively.

That puts them within striking distance of the highly popular Volkswagen Golf in the mainstream European segment.

So, let’s find out if a change of guard is warranted. 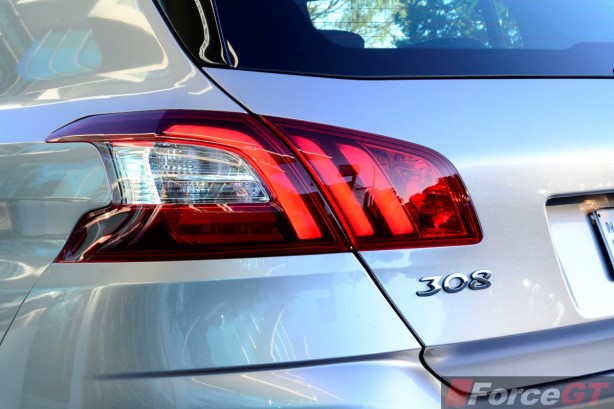 The new 308 is the first Peugeot to be built on the Efficient Modular Platform 2 (EMP2). It is lower, wider and lighter than the model it replaces. The car’s front and rear overhangs have also been reduced so that the wheels are nearer to the four corners.

While French cars of yesteryears have an unmistakable “frenchness” about them (quirky design and occasionally counter intuitive cabin layout), the latest 308 is relatively generic in comparison. In its quest to conquer Golf buyers, the 308 has morphed into a rather German looking hatch with understated styling.

That’s not a bad thing as it is a rather handsome design, with just enough visual trickeries to make its design just a little more emotional compared to its rival – most notably the C-shape taillights with their tiger claws light signatures. 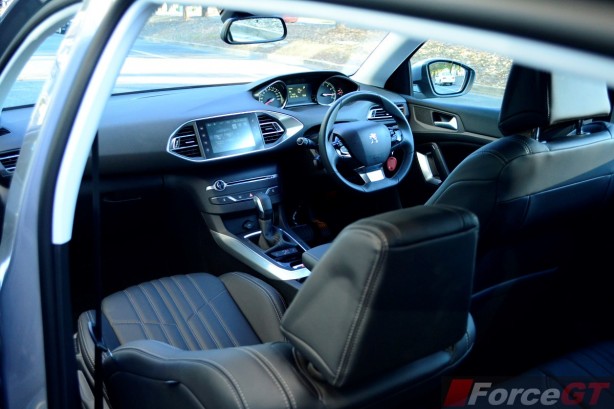 Inside, however, the 308 has ditched most cabin switches to gain a cleaner, classier look. Instead of a plethora of buttons for the radio and HVAC, the large 9.7-inch central touchscreen is the nerve centre that controls everything, from telephone to air-conditioning.

The only downside is you’ll have to keep changing screens if you want access to different functions of the car.

We particularly like the small steering wheel that was first used in the 208. And unlike the 208, it doesn’t obstruct the instrument binnacle like its smaller sibling.

It’s easy to get comfortable in Peugeot’s latest hatchback, too. The seats are well padded and provide good support, while there is plenty of head and legroom for both front and rear passengers. 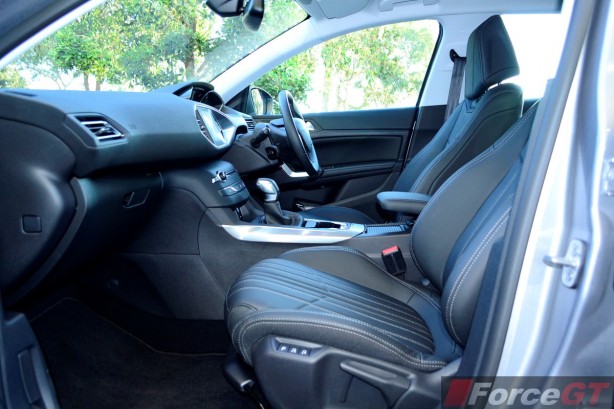 The 435-litre boot space is one of the largest in the segment and comes with a low loading sill and wide opening that makes loading large items a breeze.

What impresses most is how refined and subdued the cabin really is. In fact, it is so good that the Volkswagen Golf might feel just a little nervous. 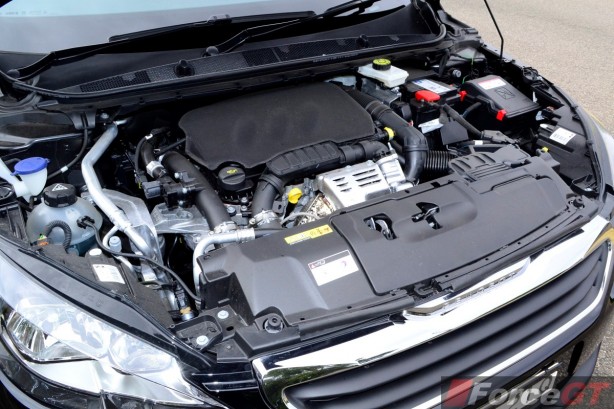 The 2015 308 range is powered by two petrol and one diesel engines with varying outputs.

The 308 Active we drove had a 1.2-litre 3-cylinder turbocharged petrol engine under its bonnet that delivers 96kW at 5,500rpm and 230Nm of torque at 1,750rpm. It is paired exclusively with a 6-speed automatic driving the front wheels.

While the little three-pot is no doubt sophisticated and frugal, with enough power for the car to feel zippy around town (albeit requiring a few revs), I’m not a fan of the three-cylinder’s lawn mower-like engine note. On the upside, the engine note is quite muted and it matches well with the 6-speed auto, which dutifully extracts every ounce of power from the little engine. 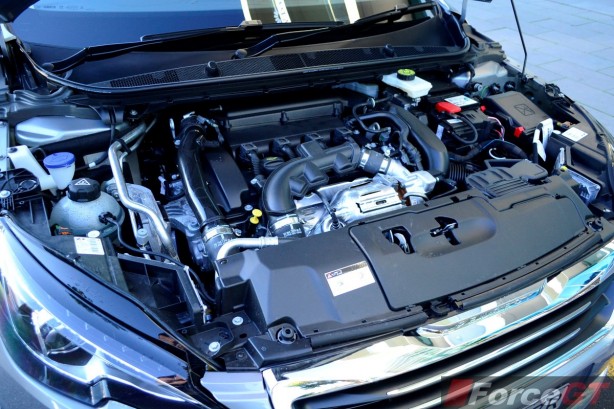 Unlike the 1.2, the larger engine is almost lag free, with the full 240Nm available practically from idle. I would prefer the throttle response to be sharper in manual mode though. The 6-speed automatic, while responsive, isn’t the smoothest I have driven, either. Peugeot is also one of a few manufacturers that gets its manual mode set up the right way – push up to down shift, and push down to up shift.

Throw both hatches into corners and it’s obvious the French has spent a great deal of time honing the 308’s dynamics. Where the previous generation was mushier than marsh mellows, the 2015 model handles keenly and precisely in most situations. 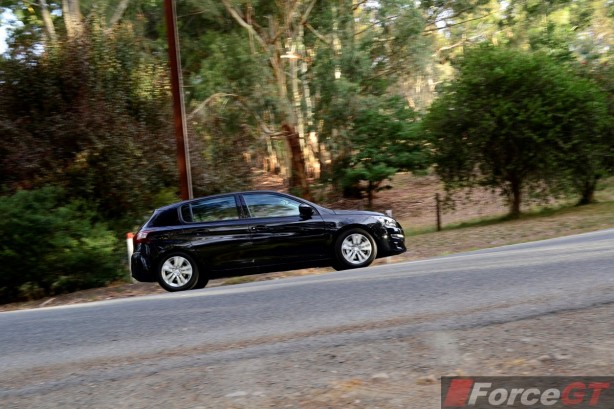 The front wheels grip well and the car’s steering is relatively quick for a regular hatch.

Push the car harder though and its dynamic limits would start to unravel. The 308’s sense of agility and composure at lower speeds is betrayed by the cars’ softened suspension springs. There isn’t much body roll to deal with but its rate of roll could be better controlled. It will also break into mild understeer earlier than expected.

But if you can live within its limits, the new 308 is superbly comfortable around town. Pesky potholes and road joins rarely find their way into the cabin. And did I mention how refined the new Frenchy is? 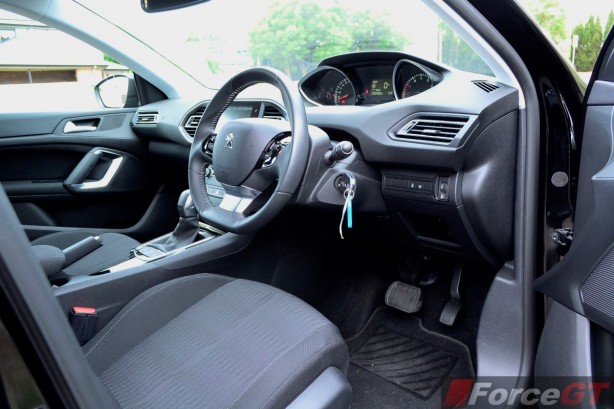 There’s an air of quality in the 308 and I’d even say some cabin materials are even better than that of the Mk7 Golf. There’s an abundance of rich, soft touch materials punctuated by lashings of brushed aluminium around the air-vents, door grabs and transmission tunnel.

Peugeot says the 308 has been put through 4 million kilometres of testing during its development, with 2,500 hours of tests on the 4-ram vibration and climate test bed and another 15,000 hours of endurance testing to meet the target of “new after 3 years/60,000km”.

Importantly, the 308’s doors shut with gusto – usually a measure of a car’s solidity to you and me. On test, the car feels impressively sturdy, with no annoying creaks or rattles coming from the cabin of both test cars. 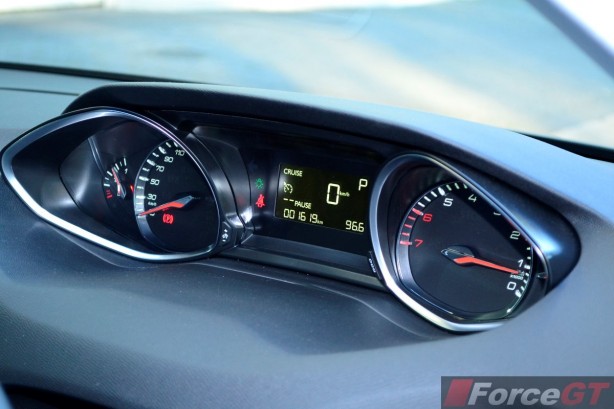 The more powerful but thirstier 1.6-litre Allure consumed a combined average of 8.8L/100km, again with mostly city driving with a couple of constant speed freeway trips thrown in. 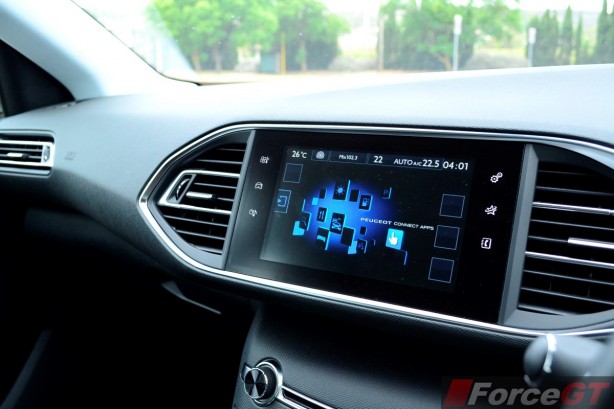 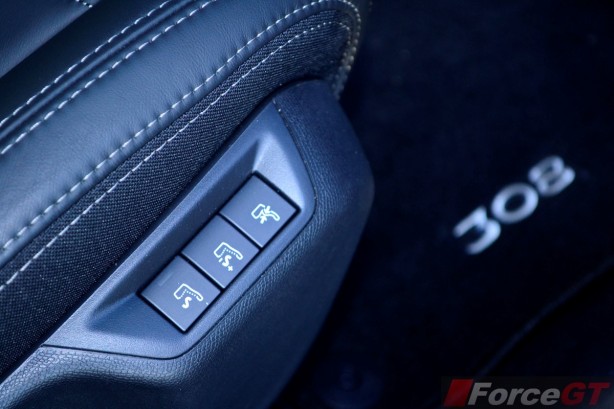 On the safety front, all cars come with 6 airbags, ABS, Electronic Stability Program (ESP) and automatic activation of hazard lights under emergency braking.

The 2015 Peugeot 308 is one giant leap for Peugeot in terms of perceived quality, dynamics, refinement and sophistication. However, its lack of sharpness of response means it still isn’t a game changer.