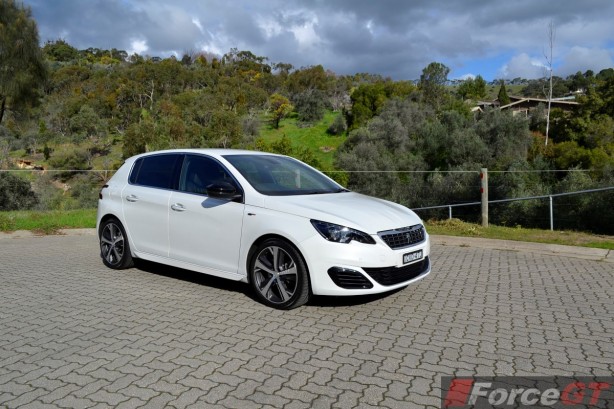 The resurgence of the hot hatch continues in earnest with a bewildering of models to choose from. Segment favourites include the Volkswagen Golf GTI, Renaultsport Megane R.S. and our current top pick – the Ford Focus ST.

Amongst others, all of the above are petrol powered, which means that if you are after something a little more frugal, the latest Peugeot 308 GT diesel is your only option besides the Mazda XD Astina diesel.

That’s not a bad thing, because the GT inherits its excellent chassis, sleek interior and newfound quality from the brilliant 308 range. Granted, the GT is more a warm hatch rather than a hot one, but with 133kW of power at 3,750rpm and a beefy 400Nm of torque at 2,000rpm from its 2.0-litre four-cylinder turbo-diesel engine, power isn’t lacking by any means. This is also our first acquaintance with Peugeot’s new lineup of well-received diesel powerplant. 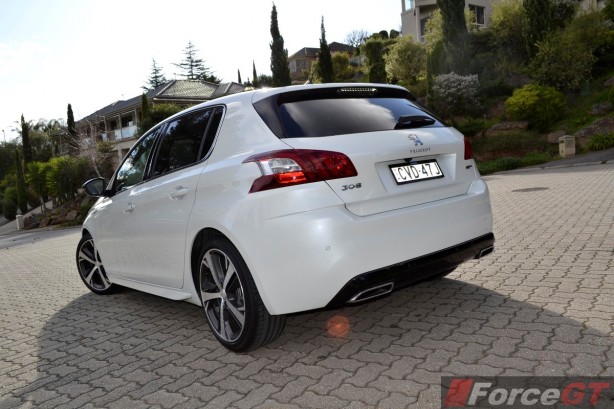 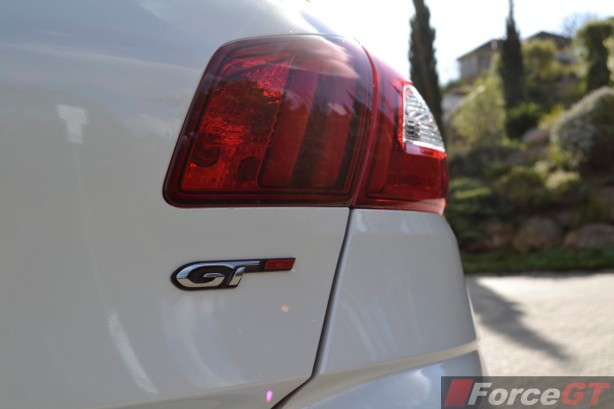 Our test car is also optioned with the $2,500 Mistal Nappa Club leather seats and $1,700 Pearl White pearlescent paint (both of which we can do without), bringing the price to a grand total of $47,190. But if fuel economy isn’t your priority, Peugeot also offers the GT with a 151kW/285Nm 1.6-litre turbocharged petrol for $1,000 less. 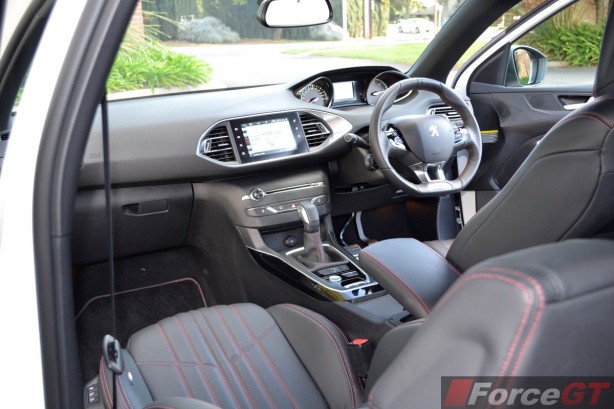 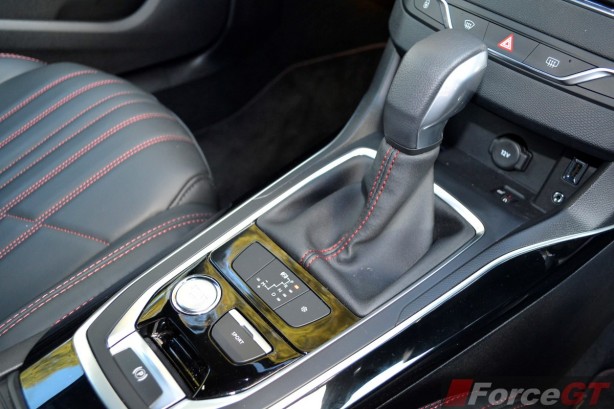 Tipping the scale at a lithe 1,320kg, the 308 GT has a lower ride height compared to regular 308 models, sitting 7mm closer to the ground at the front and 10mm at the rear for a sportier stance. Its spring and damper rates have also been stiffened by 20 percent.

Hit the starter button and you’d be hard pressed to tell the diesel from its petrol counterpart from the driver’s seat. Its refinement continues on the move unless you jab the standard Sport button on the centre console.

The instruments immediately turn an angry red accompanied by a hilarious synthesised engine note through the car’s speakers that fools you into thinking you’re driving a muscle car. It also brings up a ‘performance meter’ display in front of the driver, which shows turbo boost, instant power and torque figures and lateral and longitudinal G forces.

There’s no adaptive suspension in the GT, but Peugeot’s engineers have got the setting just right, giving the car a compliant ride around town and a planted feel when thrown into twisty country roads. 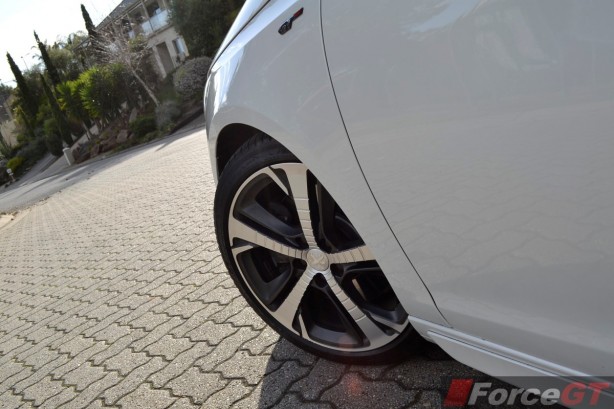 The car’s Michelin Pilot Sport 3 tyres also provide decent grip but understeer will rear its ugly head if you rushed into a corner too hastily. However, it’s all quite predictable and can be corrected with a quick lift in throttle that brings the nose back into line.

That said, we found the 308 GT diesel to be slightly nose heavy and the dynamic tradeoff between a firmer suspension and ride comfort isn’t as significant as we’ve hoped.

What we like most though, is the GT’s diesel engine. It’s very tractable, with loads of torque that surprisingly doesn’t trouble the front wheels too much. It’s effortless and yet punchy. 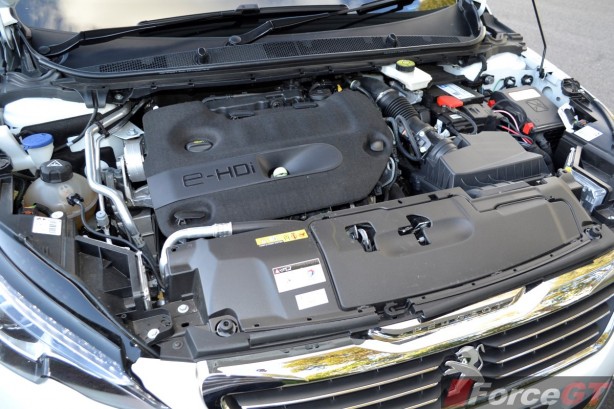 It isn’t quick by hot hatch standard however, taking a tardy 8.4 seconds to hit 100km/h from a standstill, but what you get is impressive rolling acceleration that makes over taking a relatively painless affair.

It’s also surprisingly economical, slurping just 7.1L/100km of diesel on test with predominantly urban commute. The Peugeot’s idle stop/start is also one of the fastest to fire up.

While the GT diesel’s 6-speed automatic is smooth, it is slow to kick down – especially from third to second gear, even in manual mode. This is especially problematic when powering out of a corner because naturally, you’ll floor the accelerator pedal just a bit more to lure it into a lower gear. And when it does, the sudden rush of torque overwhelms the 225/40 R18 tyres causing them to give up traction. The result, as you can imagine, could be catastrophic!

It’s a good thing then that the 308 has one of the highest scores in ANCAP testing, scoring 35.82 out of a possible 37 (diesel only). Active safety system includes switchable stability and traction control, ABS, EBD and brake assist, backed up by 6 airbags.

There is a lot to like about the 2015 Peugeot 308 GT, especially its quality interior, long feature list and refinement. It also steers and handles well.

Peugeot says the 308 GT is really a Grand Tourer and we have no argument about that. However, we still wish it was a bit sharper and because of that, we would save the extra money and go for the 1.6-litre turbo petrol 308 Allure; or save up for the upcoming 308 GTi if driving thrills are at the top of your list. 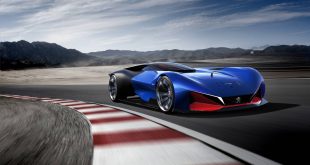 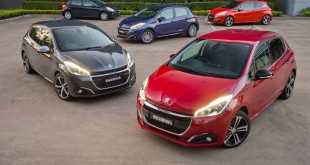 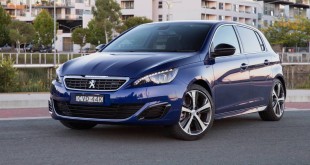 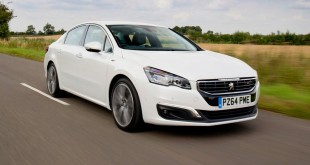