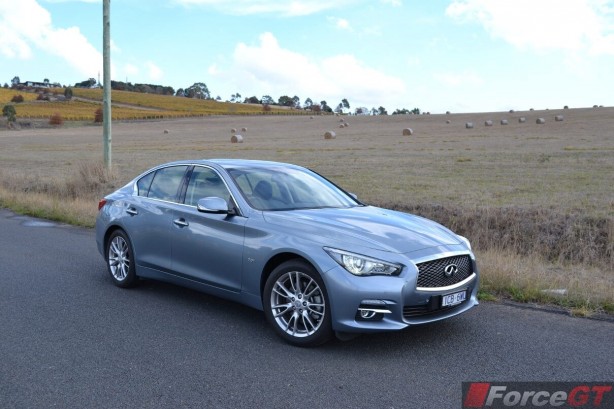 The premium mid-size segment has never been so fiercely contended. Firstly, there’s the German establishment of BMW 3 Series, Mercedes-Benz C-Class and Audi A4. Then, there’s the Volvo S60 offering some Swedish luxury. From Japan, there’s the Lexus IS as a viable alternative. And soon the British will also join the party with the upcoming Jaguar XE.

It’s a truth that Japanese premium marque Infiniti knows only too well. The brand is over 25 years old, and certainly not new to this space. The G37 sedan has been taking on the segment for two generations, but sales never really took off anywhere else other than America.

Now, Nissan’s luxury arm thinks they have an ambitious new replacement fit for the world stage. Introducing the Infiniti Q50, a car we have been looking forward to drive since its debut at the 2013 North American International Auto Show.

Prices start from a competitive $50,900 plus on-roads for the entry-level Q50 GT 2.0T, putting it cheaper than all its crucial rivals at the lower price bracket. Only the Volvo S60 undercuts the Infiniti at $49,990.

The Infiniti Q50 2.0T is set to become the most popular variant in the range and we spent a week in one to find out what it has to offer.

Infiniti has always produced classy yet bold looking cars, and the Q50 is no exception. From all angles, Infiniti’s latest mid-size sedan is a beautiful car. The front fascia is sharp, with a prominent grille flanked by wrap-around headlights. Smooth lines raise and sweep back from the heavily chiselled bonnet, carving through the copiously contoured side body before culminating at the deliciously curvy rear end.

If Infiniti’s aim was to win admiring glances from those who haven’t given a thought about the brand, then the designers have succeeded.

Amongst a sea of business-suited German offerings, the Infiniti Q50 stands out with a more emotional and dramatic styling. 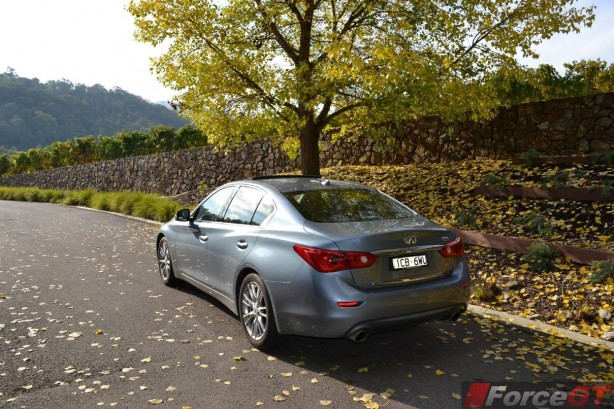 The interior, however, leaves much to be desired. Execution is a tad heavy-handed, with cabin design lacking the classy ambience and flair of its European rivals. The dual LCD screens looks cool and do dispense functionality effectively, but the piano black plastics surrounding them feel cheap.

The multi information display between the instrument gauges is also shared with certain Nissan models, lacking the level of luxury and sophistication buyers expect in this class.

That being said, everything is very well put together and the purple accented instrument lighting is unique and gets our tick of approval.

It’s not hard to get comfortable in the Infiniti Q50, which has the longest wheelbase in its class. The seats are sumptuous with all five occupants treated to generous amount of head and legroom, though the high and bulky driveshaft tunnel can be unsettling for the rear middle passenger.

Those sitting in the rear outboard seats will also not appreciate the lack of rear door pockets. 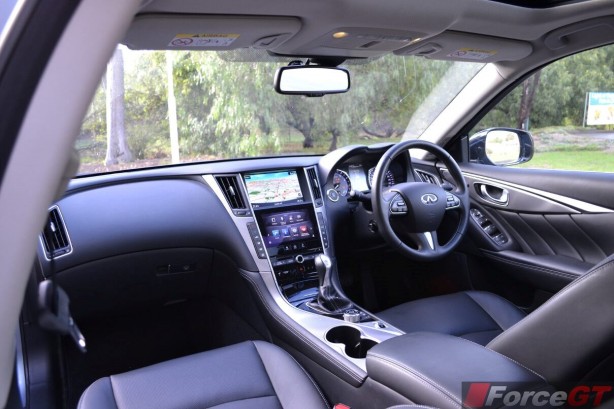 For the driver, all-round visibility is good and it’s easy to find a good driving position.

The boot is deep and square, with 500 litres of space, 20 litres more than that of a BMW 3 Series and Lexus IS.

The Infiniti Q50 GT we tested is powered by a 2.0-litre turbo four producing 155kW of power and 350Nm of torque. The engine is sourced from Mercedes and is the same unit found in the C-Class C250.

Paired with a seven-speed automatic transmission, the rear-wheel-drive Q50 2.0T dashes from rest to 100km/h in a claimed 7.3 seconds. Average combined fuel consumption figure is a matching 7.3L/100km, though a week of mixed city and freeway driving, including a stint up some twisty backroads, saw the trip computer spitting out 9.0L/100km.

The drivetrain isn’t as refined as that of a Lexus, or even a BMW, but it sure feels punchy thanks to the impressive torque available in full from just 1500rpm. 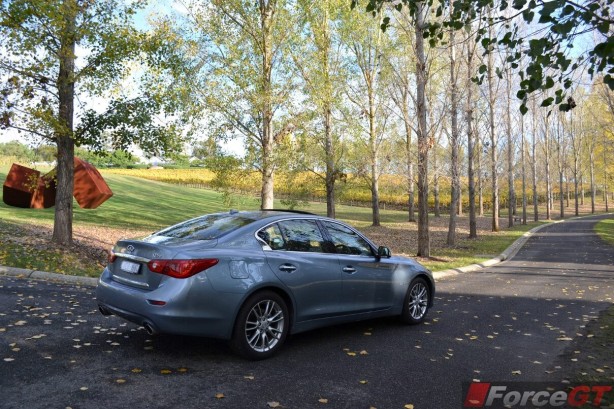 Throttle response is good and the seven-speed auto shuffles through cogs smoothly with a tendency to keep a higher gear for the benefit of fuel efficiency. Switch to Sport mode and the gearbox assumes a sportier characteristic, delivering quicker gear changes and keeping the engine speed in the power band.

The Infiniti Q50 is a comfortable cruiser for both daily driving and long trips through the country. The suspension is effective in ironing out most bumps and ruts on the road, while the cabin remains calm and serene for most occasions.

However, there’s little truly engaging about the way the Q50 tackles corners. While body roll is well controlled, it never feels as light or nimble as some of its rivals. Not surprising, because the Q50 2.0T tips the scale at a hefty 1646kg, some 100kg heavier than the other cars in the segment.

On the flip side, grip levels offered by those Bridgestone Potenza rubbers are impressive and the handling is predictable on the limit.

Unlike the spooky steer-by-wire system in the upper grade models, the steering in the GT is a more conventional electrically assisted rack and pinion. It’s accurate if lifeless, with inconsistent weightage regardless whether it’s in Standard or Heavy mode.

The drive is for the most part good, but far from impressive and lacks the crisp and sportiness to match the segment leaders. 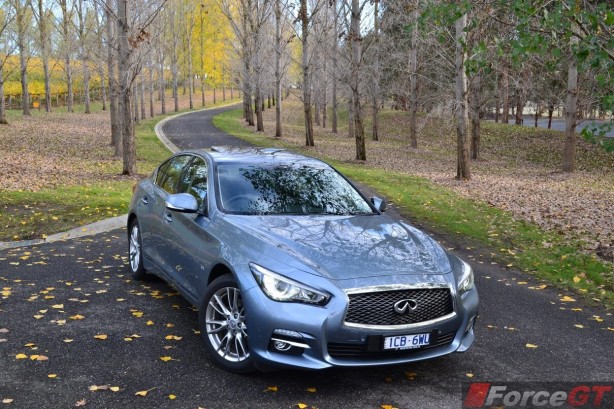 The centrepiece of the tech-heavy Q50 cabin is the dual LCD screens stacked vertically in the centre console. The top screen, controlled through a knob before the gear lever, is mainly for the navigation system, but can also be used to plough through music selections or phone contact lists.

The bottom touch screen provides functionality for everything else, including climate control, infotainment and the Infiniti Drive Mode selector.

The Infiniti Q50 GT 2.0T is likeable for its captivating design, decent ride, strong engine and value for money.

It’s not as crisp and sporty as the BMW 3 Series, or as refined and luxurious as the Lexus IS, but it’s still a convincing package and definitely a viable alternative to the mainstream.

The Q50, then, is all well and good if we end here. But no, and here’s why: with only two showrooms around the country, how far are you willing to travel to check one out?