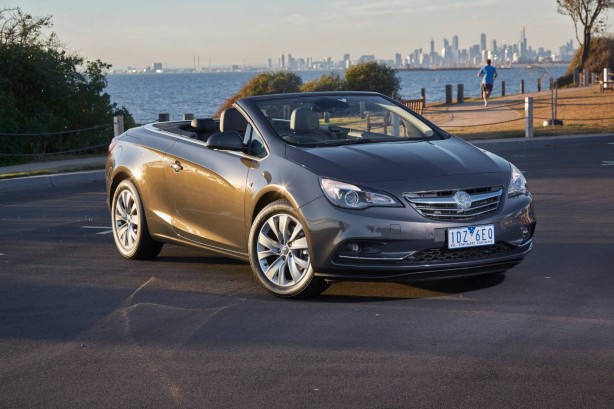 After a short hiatus, Holden has returned to the land of drop-top motoring with the new mid-sized Holden Cascada convertible.

Priced from $41,990 plus on-road costs, the European sourced, four-seater is well-equipped, affordable and quietly handsome.

But in the typically fashion-conscious convertible segment, brand allure counts for a lot, much more than a humble Holden badge could offer. It is no surprise that buyers have traditionally flog to the accessible cabriolet offerings from Volkswagen, MINI and Peugeot.

Those with deeper pockets on the other hand gravitate to the stylish Audi A3 Cabriolet and BMW 2 Series Convertible.

However, if you can put badge snobbery behind, the Cascada is an adroitly executed model with well-judged and skillfully tuned dynamics. 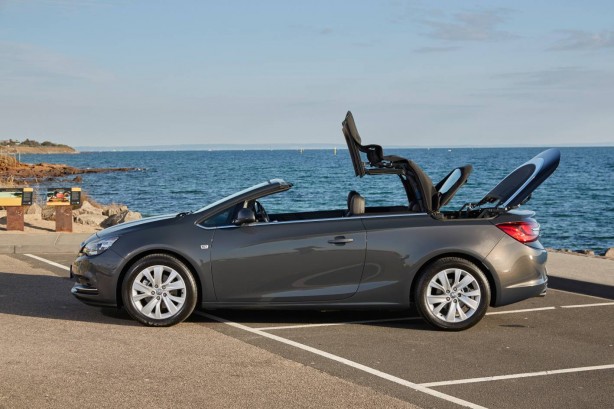 Available in one specification (apart from the 50 Launch Editions), the Astra-based Cascada shares its 1.6-litre turbocharged direct-injected four-cylinder petrol engine with the hatch, delivering 125kW at 6,000rpm and 260Nm at 1,650-4,500rpm.

Power is channeled to the front wheels via a smooth six-speed automatic as standard.

Unlike most of its “girly”, hatch-based rivals, the Cascada’s proportions are almost spot on, with a strong muscular stance and an upward sweeping belt line that draws your eyes to the classy rear end.

The triple-layered acoustic power fabric roof retracts in just 17 seconds at speeds of up to 50km/h into a flat rear deck. Like most soft-tops, the tiny and steeply raked rear window means a letterbox view through the rear view mirror with the roof up.

Step inside and the Cascada welcomes its occupants with a plush leather-rich cabin that, at first, looks familiar to the Astra until close inspection. Its sweeping dashboard is different and lined with leather in an effort to move the car upmarket, only to be betrayed by the bewildering array of buttons and cheap quality trim carried over unchanged from the Astra. 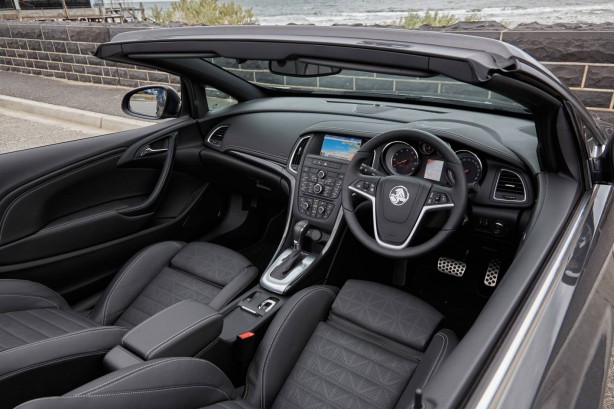 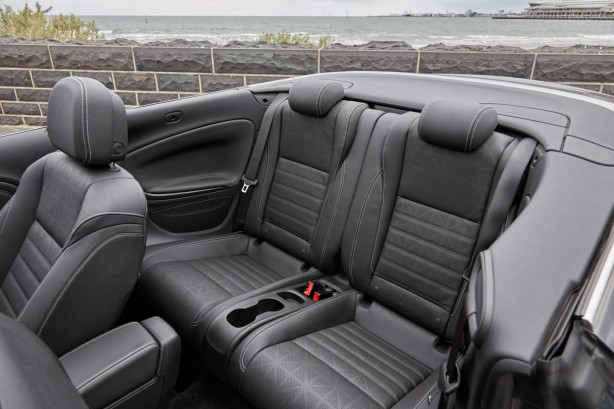 It’s also equipped with Holden’s MyLink Infotainment System with 7” colour display and satellite navigation, which sadly is not the most intuitive to use.

There is plenty of storage in the cabin to add a touch of practicality to the Cascada, although the roof takes up a sizeable amount of space in the boot, reducing it from 380 litres to 280. Happily though, the boot aperture is much larger than some of its rivals like the Golf Cabriolet, thanks to the wide opening clamshell tailgate.

The Cascada will also accommodate four adults in comfort, thanks to its generous cabin and large, comfortable and appropriately supportive seats. There’s even an electric seatbelt handler for the front seats to ensure a trip to the chiropractor isn’t necessary every time you buckle up.

While it’s a comfortable place to be in, rear seat headroom is limited when the roof is up. 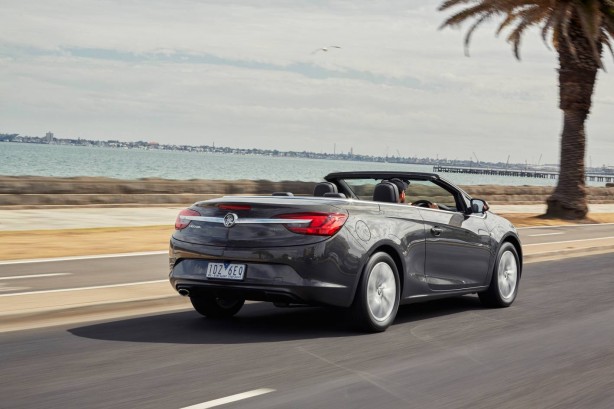 Although the Cascada is suspended on MacPherson struts front, and torsion beam rear suspension, both ends have been beefed up with chassis technology borrowed from the Astra VXR hot hatch – with the front fitted with HiPerStrut to reduce the impact of driving forces on steering precision, and the rear employing Watt’s Link suspension for a smoother ride.

While it may have been injected with the sporting DNA from the Astra VXR, don’t expect the Cascada to provide the same level of thrill and driver engagement. It is geared as a comfortable cruiser rather than an outright sporty drop-top. It handling is tidy and accurate, as long as you don’t try and up the pace. 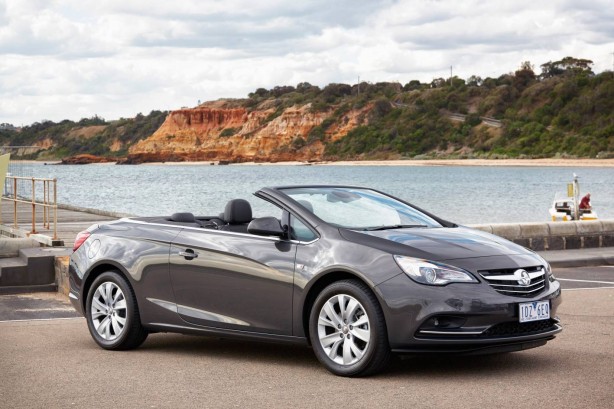 At a considerable 1,786kg, the Cascada struggles with sudden change of direction and will push wide into corners. It is most comfortable cruising on smooth, long and winding country roads, with a well weighted and precise steering.

Joyously, the 1.6-litre turbo-petrol offers plenty of punch to move things along although the drivetrain could be more polished (it tends to hang on for too long in 1st and 2nd gear).

Whether roof up or down, refinement is good in the Cascada with almost zero wind buffeting, even without the wind deflector in place.

The 2015 Holden Cascada is a comfortable, well-equipped and affordable convertible with decent dynamics and handsome styling.

It may not have a prestigious badge but it is well built and deserves to be on every convertible buyer’s shopping list.