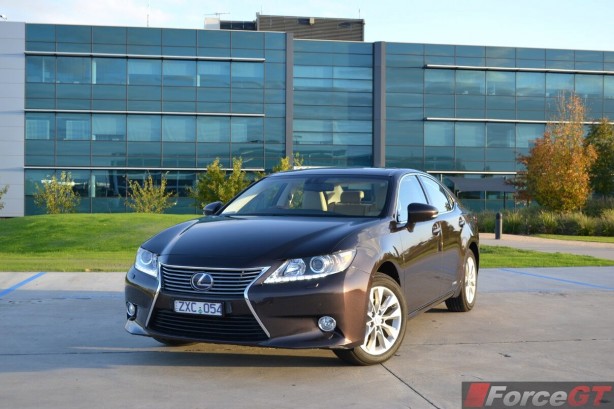 The Lexus ES started out as the company’s mid-size luxury sedan complimenting the LS flagship when Lexus said hello to the world in 1989.  Six generations later, the ES has become Lexus’ best selling model in the brand’s largest and second largest market, the USA and China respectively.

The ES has also managed to impress so much that 70 per cent of owners replace their old ES with a new one. Surely, such loyalty doesn’t come easy. So what’s the secret behind the ES’ success story?

For a start, it’s not that particularly pretty. Amongst the current crop of Lexus models that are looking increasingly exciting, the ES looks like it’s been left out in the brand’s design transformation. Lexus has certainly continued to play it safe with the new ES design. Formal, would be polite. Uninspiring would be more accurate.

Not surprising because the conservatively-styled ES is aimed at the comfort luxury segment, with an emphasis on plush ride, quietness and interior amenities, over performance and sportiness. Buyers seeking the latter is targeted by the Lexus IS and GS. 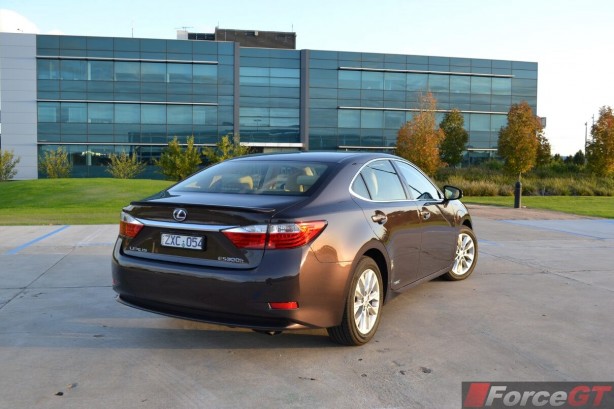 Step inside the ES for the first time, and it feels like you have stepped back in time. While there’s no shortage of the latest electronic gizmos and gadgetries, the ES’ cabin is plastered with old-school switchgear. For instance, the oh-so-yesteryear gear lever, and the big and blocky buttons in the centre console.

That being said, the attention to detail and craftsmanship are second to none. From the delicate stitching on the dashboard to the power windows that slow down as they approach their fully opened or closed positions, the ES spells quality everywhere you touch. The real bamboo wood trim feels expensive and the soft leather is lavish. 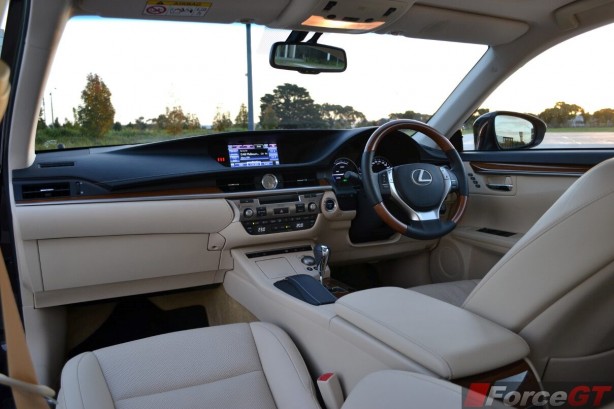 Built on an all-new platform that is shared with the Toyota Avalon, the ES sits on a 100mm longer wheelbase compared to the previous model. Cabin space is abundance in the new ES, matching even the LS in rear legroom. Few luxury sedans in this class offer that much space for the money.

The ES 300h we have on test here is powered by a Lexus’ widely used Hybrid Drive system consisting of a 2.5-litre four-cylinder 118 kW Atkinson cycle petrol engine paired with an electric motor. Combined, they channel 151 kW of power and 213 Nm of torque to the front wheels through a continuously variable transmission (CVT).

As you start off in the ES 300h by touching the throttle, electricity provides the initial noiseless propulsion during light acceleration. As more power is needed, the petrol engine kicks in so both power sources work together for added acceleration. 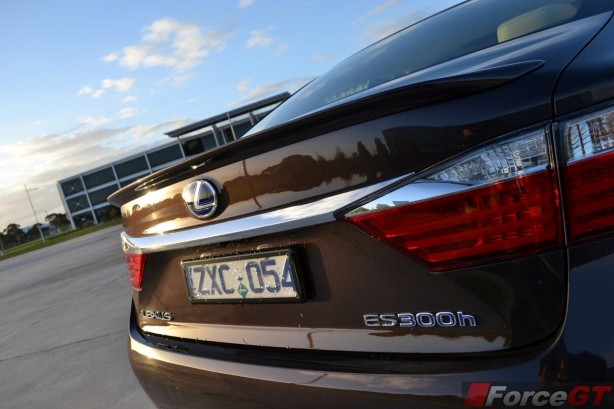 Power delivery is linear across the rev range, perhaps due to the added torque provided by the electric assist motor, hence, the 1,705 kg sedan is right at home in daily commute. Flatten the throttle and the hybrid drivetrain also allows for swift overtaking. 0-100 km/h is achieved in a respectable 8.5 seconds (tested).

Perhaps the most impressive thing about the drivetrain is how seamless the transition is from pure electric power to petrol-electric. There is barely a hint when the engine kicks in. Coupled with the CVT, the drive is amazingly relaxed, refined and smooth. Speaking of CVT, while we were not a big fan of it in the IS 300h we tested awhile ago, we find it well suited to a luxury cruiser much like what the ES is.

At cruising speeds, the petrol engine is the main drive with the electric motor supplementing when more power is called for. Each time you lift off the throttle or apply the brakes, regenerative braking technology harvests the otherwise wasted energy to recharge the batteries. Very clever, but the trade off is an inconsistent and numb braking feel, as with typical hybrids. 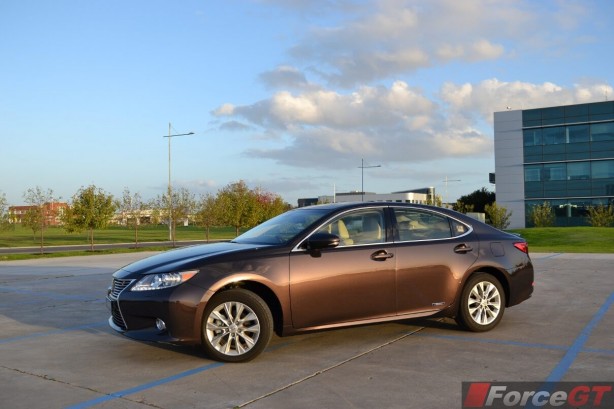 The ES’ light steering wheel makes driving around town effortless. As speed climbs it progressively firms up for a more stable drive. But there is still some isolation between the wheel and the road. Engaging Sport mode firms it up a little, but feel remains artificial.

While there’s no doubt the softly-sprung ES delivers one of the most comfortable rides in the segment, Lexus engineers have also managed to keep dynamics in check with surprisingly tight turn-in and good body control. But, the ES is still at its best munching away kilometres on long interstate trips as it’s extremely quiet at highway speeds. The seats are superbly comfortable and it’s hard not to feel fresh even after a few hours behind the wheels.

Over our week long testing, the ES 300h’s average fuel consumption figure of 6.6L/100km is just over a litre higher than the claimed 5.5L/100km. On the freeway it’s possible to dip below 4L/100km, and that’s very impressive for a large saloon.

The new Lexus ES takes everything it’s been known for – refinement, plushness, comfort and quietness – up a few notches. The ES 300h’s frugality completes the last piece of the jigsaw for a luxurious and economical sedan. And with this, Hybrid tech makes much more sense in the new ES than any other car we have driven.