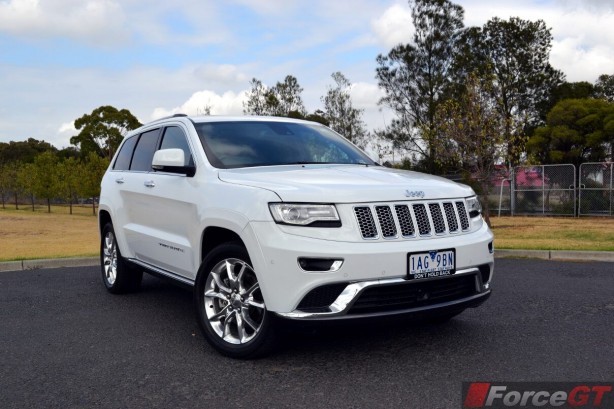 The Jeep Grand Cherokee is one of Australia’s most popular SUVs, and it’s not hard to see why. When we drove the 2012 Jeep Grand Cherokee Overland, we loved its driveability, off-road abilities and the long list of standard equipment. With the range starting at just $43,000, this soundly engineered SUV hits the mark with price, too.

The range received a major facelift in 2013 which adds a host of new equipment and features as well as the introduction of a new entry level model to the range, the Laredo 4×2. Updates to the exterior include a restyled front fascia with new bi-xenon HID headlamps with signature LED daytime running lights (DRLs) standard across the range, updated tail lights and new wheels. 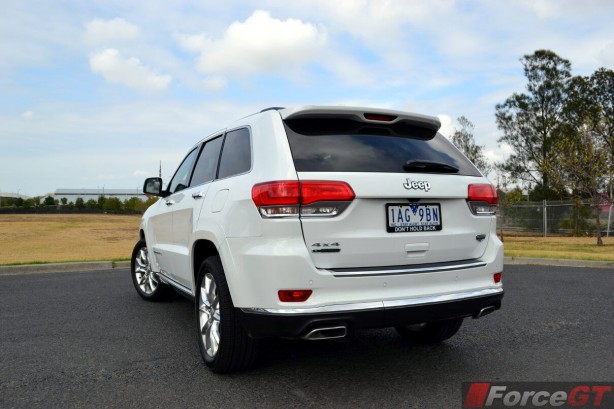 Inside, the new Grand Cherokee gets improved materials such as Nappa leather and exotic open-pore wood trim, while a new three-spoke steering wheel with pedal shifters replaces the old chunky one. There is also a new configurable 7-inch colour LCD instrument cluster that lets you tailor your personal settings and graphics, displaying various detailed information ranging from a full speedometer gauge and navigation system to trip computer and vehicle information.

On test this time around is the 3.0-litre V6 turbo diesel variant that serves up 184 kW of power and 570 Nm of torque to all four wheels through a ZF 8-speed automatic gearbox.

As you press the start button to fire up the diesel engine, the familiar diesel clatter is evident from the outside, but it retains a degree of smoothness and it’s far from unpleasant. As you pull away the diesel is more vocal in the cabin than its petrol equivalent in the first quarter of the rev range, but smoothens out as the rev climbs. That said, the noise is never intruding or excessive. In fact, at constant revs, it is one of the quietest diesels we have ever come across.

There is ample torque to haul the family with their luggage or tow a boat. Harvesting the wide torque band of the engine is the excellent 8-speed ZF automatic gearbox with paddle shifters behind the steering wheel. Its shifts are crisp and fast, and it’s ever so responsive when you want it to be, but leave it on its own and it’s always in the right gear. 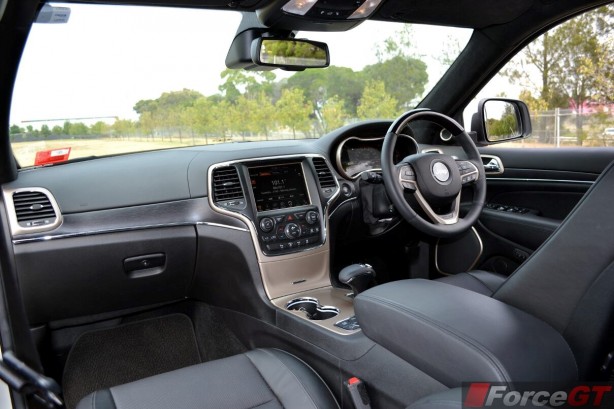 Tipping the scale at 2,327 kg, the diesel Cherokee is over 150 kg heavier than its petrol equivalent. With such substantial mass compressing its Quadra-Lift air suspension, it’s not surprising the Cherokee’s poise and road ability is in a class of its own. The ride is plush across most road surfaces with road noise well insulated. On the freeway the cabin is amazingly quiet except for slight wind noise around those large wing mirrors.

It’s only when you hit the bends can you start to feel the Jeep’s massive weight tipping on its toes. Having said that, it’s still controllable and composed but the soft sprung suspension setup means it can lean a bit too much or feel nose heavy at tight corners.

The steering is nicely weighted and accurate but could do with more feedback and better response. On the plus side, the brakes do a remarkable job at slowing down the 2.3 tonne SUV and are consistent, strong and progressive. 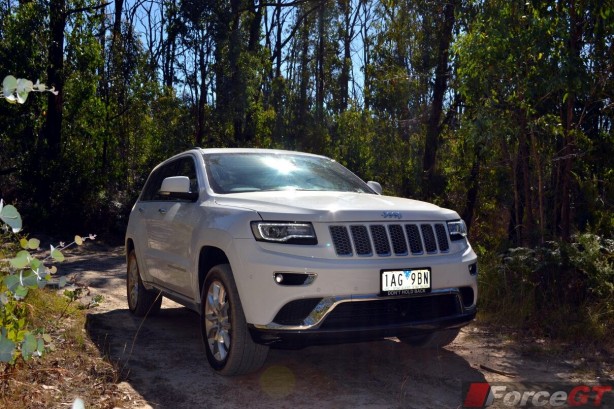 The console mounted Quadra-Lift air suspension and Selec-Terrain system enables the driver to effortlessly choose the height of the vehicle, depending on the terrain. In Automatic, the computer will work out the best ride height for the car based on information from a myriad of sensors. Sport mode will drop the vehicle’s ride for better aerodynamics and road holding, while Rock mode lifts the car to its maximum height for rough terrains.

The system works brilliantly, endowing the Jeep with good body control and overall directional stability on the tarmac, while excelling equally off the black top. 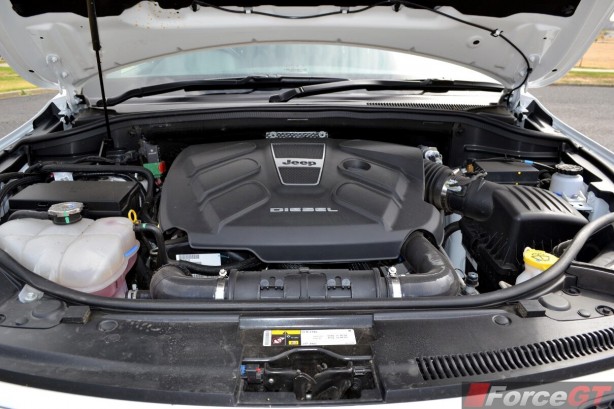 Over our week long test with a good mix of driving over various roads, the Grand Cherokee diesel managed to return an average fuel consumption figure of 9.6L/100km against a claimed average of 7.5L/100km. It’s an improvement over the previous model, especially on long interstate trips, thanks to three extra ratios in the transmission, but it’s still trailing behind the VW Touareg in efficiency around town.

Equipment levels in the our top spec Summit model are as generous as it can get in the segment.

The diesel powered Grand Cherokee is most suited for long trips or if you need more pulling power. The loads of torque it packs is an even better match for the new 8-speed automatic transmission than the petrol version, giving respectable performance both on and off road.

Comprehensively equipped and sharply priced, it’s a formidable package, only let down by some interior quality and fitment issues.