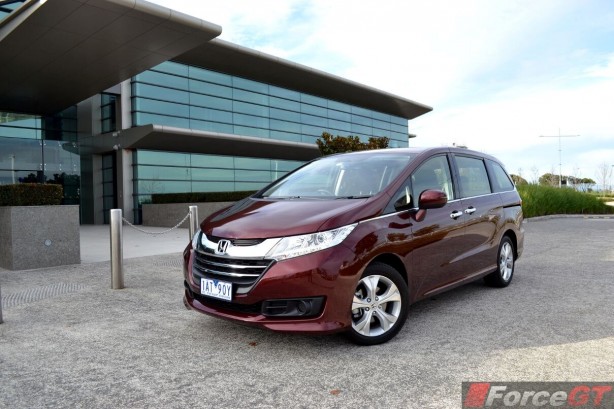 For it’s fifth-generation however, things have changed, dramatically. The new Odyssey has dropped its passenger car lines for a taller van-like styling theme, and the so-uncool sliding doors are now used for rear access. The latest Odyssey then, fits right in with the company’s other drab offerings, until the upcoming Civic Type R comes along.

Priced from $38,990, the Odyssey is available in two variants – the base VTi and more luxurious VTi-L – both featuring a 2.4-litre DOHC i-VTEC engine producing 129kW @ 6,200rpm and 225Nm at 4,000rpm. It drives the front wheels via a Continuously Variable Transmission with torque converter and paddle shifter.

In a quest to compete more aggressively against the likes of Toyota Tarago, Kia Carnival, Chrysler Voyager and Citroen Picasso, the new Odyssey gains 150mm in height all in the name of better practicality. 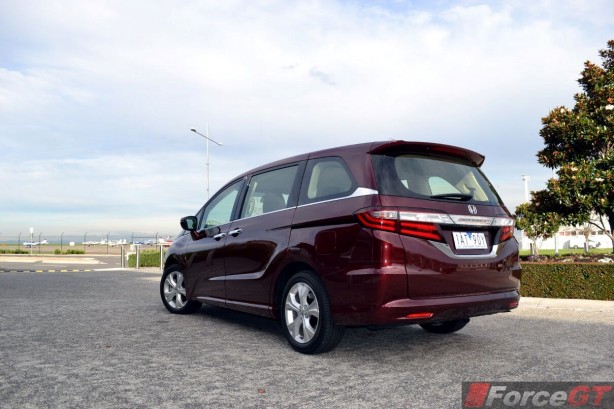 Although the sleek silhouette of its predecessor is now gone, it’s positive to see the new styling adopts sharper lines and a much bolder front fascia with a prominent grille. The edgy, somewhat robotic design Honda is well known for is also most evident in the new Odyssey than in any other model in the brand’s range.

Inside, the space-age interior of the previous model has been ditched to make way for a more traditional design. The play-it-safe approach was taken because Honda wants to broaden the Odyssey’s appeal beyond just private buyers, but also commercial operators.

What the new Odyssey lacks in cool factor, it makes up for it in cabin space. The added height opens up plenty more room for those who only care about moving a lot of people or cargo in the most efficient way.

But that’s not all, as Honda has gone to even greater lengths to maximise practicality. A new ultra low floor was specifically developed for the new Odyssey to improve ingress and egress. The space saver spare tyre has been moved from the boot to under the front passenger seat to free up a massive 330 litres of extra cargo space behind the third row seats. 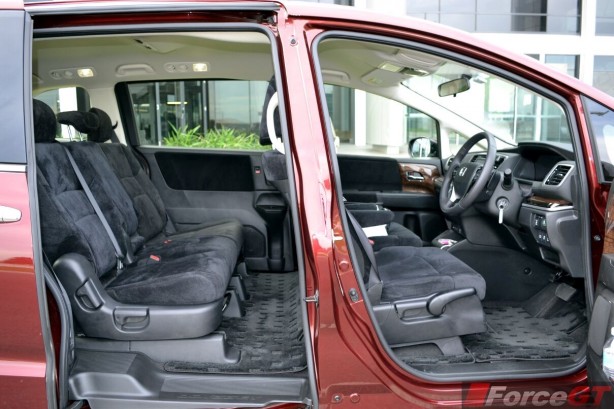 Seating configuration for the eight-seat Odyssey VTi is two-three-three, while the VTi-L is seven-seat arranged in two-two-three format. All occupants enjoy abundant headroom and legroom. The premium VTi-L version has two large standalone second row seats which can be reclined by up to 740mm, much like business-class airline seats. Another move by Honda aimed at marketing the Odyssey as premium transfer vehicle.

Typical of a Honda, ergonomics in the Odyssey are generally good as all controls are within easy reach with hardly a stretch. However, the touch-sensitive climate control interface can be a little tricky to use when you can’t feel any buttons and you need to have your eyes on the road.

The 2.4-litre i-VTEC engine is now paired with a more efficient CVT which replaces the 5-speed automatic in the old model. For a car like the Odyssey, we welcome the change as the new CVT is quiet in its operation and doesn’t exhibit any drone that is commonly associated with CVTs.

The new combination allows the Odyssey to cruise smoothly in urban traffic and freeway driving. There is good torque across rev range coming from the four-cylinder engine, and it’s always operating at the optimum revs for the power required thanks to the CVT. As a result, fuel economy has also improved, which is elaborated in more detail in the Economy section below. 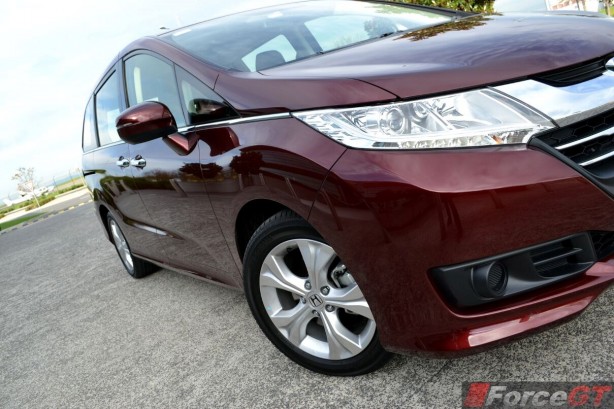 A torsion beam suspension takes the place of the old double wishbone set-up at the rear to free up more interior space and save cost. While the old model was a superbly comfortable cruiser across varying road types, the new Odyssey just isn’t soaking up bumps and ruts well enough as you would have come to expect from a people mover. The ride, especially in the rear, is lacking the kind of suppleness its forebear possessed.

The firmer suspension does, however, equate to more confidence around the bends, if you oddly decided to give the Odyssey a bit of thrashing around the hills. There is a new found level of nimbleness to it and despite being taller and weighing 131 kg more than the old car, it’s no less composed.

On smooth surfaces such as on a freeway, the Odyssey is generally quiet other than the slight wind noise coming from around the wing mirrors. 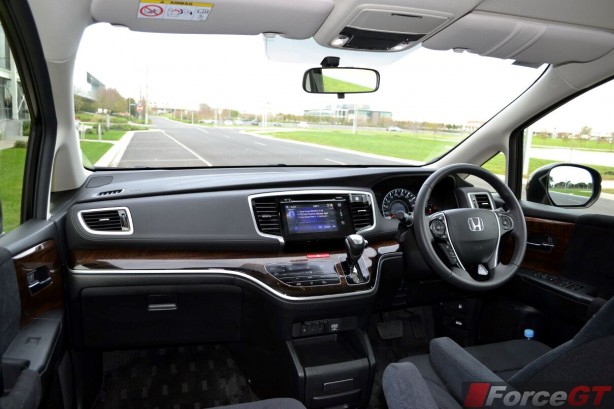 The Odyssey offers good quality and reliability that Honda is well known for. Fit and finish is excellent and there is no noticeable rattling around the cabin.

However, The otherwise solidly built interior is let down by too much hard-to-touch plastics and other budget-looking materials.

The Odyssey’s thirst for fuel hovers around 6 litres per 100 kilometres during freeway driving, which is quite impressive for a large people mover. Idle stop/start technology ensures the Odyssey stay frugal in city driving. Over our test period covering a mix of urban and freeway distance, the Odyssey managed to return a respectable average fuel consumption figure of 8.2 litres per 100 kilometres. 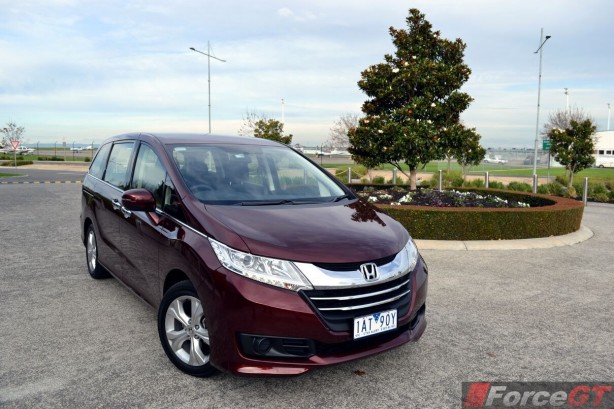 Equipment levels are average in the base VTi but if you are willing to fork out more, the premium VTi-L is equipped to the brim. Both models get standard features such as daytime running lights, reverse camera, cruise control and 7-inch touchscreen with HondaLink, which basically integrates your smartphone to the screen. Several downloadable special apps including navigation and audio streaming can be linked and operated through the touchscreen.

The all-new Honda Odyssey trades unique styling for maximum practicality. For some this may be unwelcomed, but for those who simply just want an efficient people mover, the Odyssey fits the bill just fine.