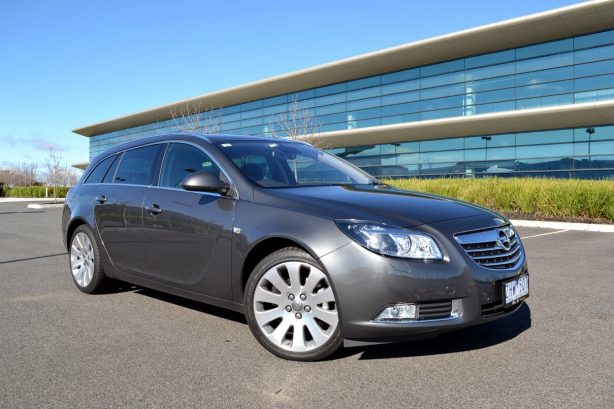 Today’s estates, tourers, wagons or whatever you like to call them, are more than just luggage carriers. Looking good is now an important selling point as crucial as space. And at first glance, the 2013 Opel Insignia Tourer looks to have both covered. But still, it faces a pool of competent rivals – the Volkswagen Passat Estate, Ford Mondeo Estate and Mazda6 Wagon, just to name a few.

The Opel Insignia is a replacement for the old Holden Vectra, which was essentially a rebadged Opel Vectra for the Australian market. While the old Vectra was only as interesting to look at as a pencil case box, the new Insignia, much like the rest of the current Opel range, actually looks pretty sleek and sporty.

The car is well proportioned with a low slung roof, crisp lines down the sides and a sloping tailgate. And with those massive 19-inch wheels that come standard in the Select Sports model, it does look quite menacing. 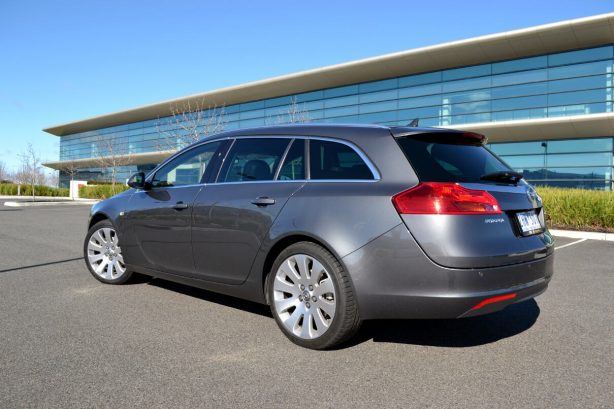 On the inside, the cabin feels upmarket with a modern dashboard, lots of soft-touch materials and premium looking leather-trimmed sports seats.

But there are a few problems. The front seat backs feel uneven between the shoulder and lower back sections, which can be uncomfortable at times. Then there is the over cluttered centre console and an infotainment system that is far from intuitive. Despite its length, rear leg room is also less generous than some other competitors.

The Insignia’s stylish design flatters to deceive once you start up the 2.0 CDTi diesel engine. While producing a reasonable 118kW of power and 350Nm of torque, the turbo diesel is coarse and noisy, even in diesel engine standard. And, with the petrol rated at 162kW with the same amount of torque, the diesel is also less powerful. Both engines are paired with a six-speed automatic gearbox, which feels sluggish and unrefined. 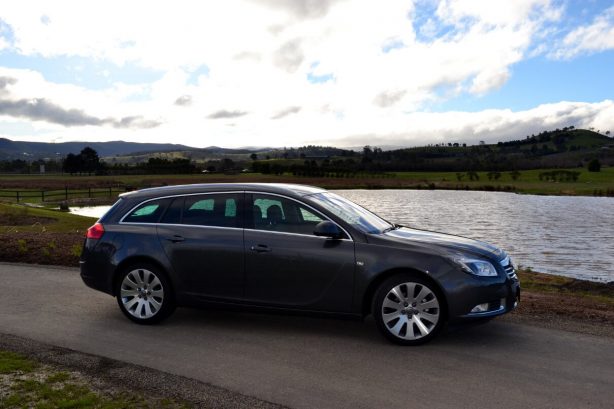 Where the Insignia lacks in refinement, it makes up for it in handling. For a heavy and large estate car, It’s surprisingly composed around the bends with well controlled body roll and good grip from the tyres. The steering is nicely weighted but feels artificial with poor feedback.

Around town and on the freeway, the ride is supple but on coarser bitumen the cabin suffers from quite a lot of road noise from those thin rubbers. There is also the unpleasant diesel clatter when you work the engine.

The Insignia’s overall interior fit and finish is good. Panel gaps are minuscule and well aligned with no noticeable rattles or squeaks around the cabin. The vehicle also feels solidly built and the doors shut with a reassuring thud.

Although no major reliability issues have been reported so far, the sat nav in our test car was a bit clunky, occasionally refused to work. 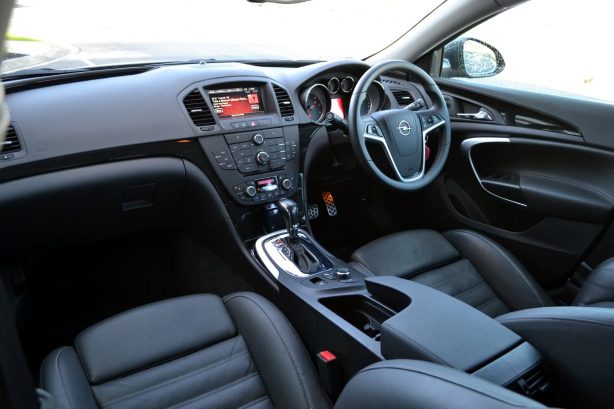 Our week spent with the Insignia diesel returned an average of 7.2L/100km with about 60% of its time spent on urban traffic. On the freeway, the Insignia consumes as little as 4.0L/100km. Not bad for a large estate.

However, an Opel badge on the nose means the Insignia won’t hold its value very well come resale time.

There is 540 litres of boot space, which is one of the bests in class. However, with the rear seats folded down, the Insignia’s 1,530 litres of cargo space is dwarfed by the Ford Mondeo Estate’s 1,733 litres and the Skoda Superb Estate’s massive 1,865 litres.

The 2013 Opel Insignia Select Sports Tourer is a case of style over substance really. It’s likable for its attractive design, good built quality and well sorted handling, but it’s a shame the sluggish gearbox and coarse engine can’t quite match up.

Note: At the time of writing this review, Opel has, unfortunately, announced it is closing operations in Australia. (Press Release)