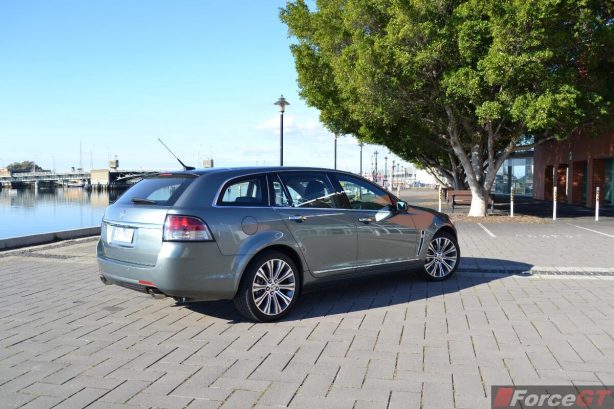 Colour Head-up Display, Blind Spot Monitor, Lane Departure Warning, Forward Collision Alert, Automatic Park Assistant, keyless entry and start, the list goes on. These could have come from the brochure of a Japanese or European luxury brand, but they weren’t.

These, and much more, is straight out of the 2013 Holden Calais V, the top dog of the VF Commodore range. Thanks to the co-investment made by Chevrolet, where all these desirable features will find their way into the export version of the Commodore called the Chevrolet SS, the Calais V is the best equipped and best value Australian made car. Ever.

Costing a whiff under $50,000 for the 3.6-litre V6 Calais V Sportswagon we have on test here, you are unlikely to find a similar sized car that will match the Calais V for equipment or performance. The value equation becomes even greater if you opt for the less practical, but no less functional sedan for $2,000 less. If you could forgo some luxuries, the Calais can even be yours for hot-hatch price. 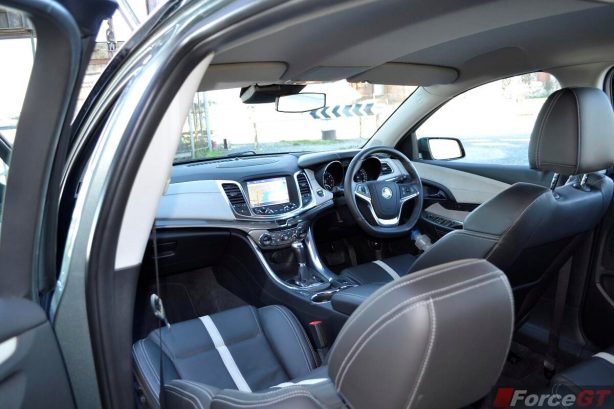 Your neighbours won’t mistake the Calais V for a poverty pack Evoke either, with its dominant chrome grille, chrome highlights to lower grille and fog light ornamental strip, and LED daytime running lights.

Ahead of the chunky leather-wrapped flat-bottom steering wheel is the Calais V’s colour head-up display that seemingly floats just above the chiselled aluminium bonnet. It lies directly in the driver’s line of sight and can be configured to display an array of information that looks crisp and clear. After an initial period of feeling slightly crossed-eye, it is one of the best features in the Calais V. 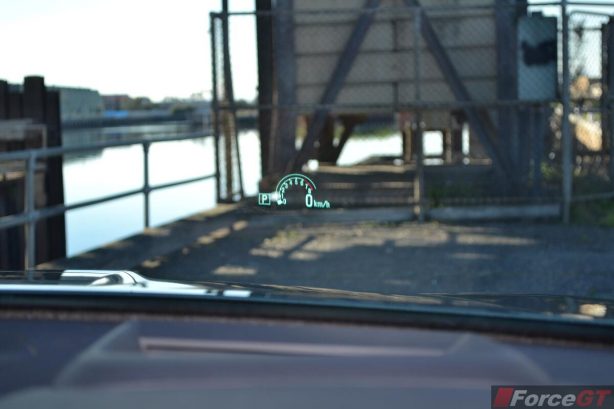 The same can’t be said about the Forward Collision Alert though. On the narrow street where I live, where cars are usually parked on either side of the road leaving just enough space for traffic to zigzag through, the system got overwhelmed as the windscreen mounted camera registered the parked cars as I approached and beeped feverishly, accompanied by an angry red colliding car in the instrument.

There are other annoying beeps, too. The Blind Spot Alert will beep frantically if you stray into the lane of an approaching vehicle in your blind spot; the Lane Departure Warning will beep angrily if you stray over lane markings unintentionally (or intentionally), or depart a lane without signalling first; the Reverse Traffic Alert will beep furiously if a fruit fly happens to jet across one of the radar sensors.

Before you contemplate driving yourself into a wall to escape the beeps, they can all be deactivated.

Hit the engine start/stop button on the dash and the familiar 210kW/350Nm 3.6-litre direct-injected V6 fires into life. It may lack the power and torque, not to mention bragging rights, of the 260kW/517Nm 6.0-litre V8, but it is a smooth and refined engine – from idle and on to the top of the rev range. Mated to a 6-speed auto, little troubles the luxury Holden.

The Calais V shares its FE1 suspension set up with the Evoke to deliver a refined and responsive driving experience. It isn’t as sharp as the FE2 equipped SV6 and SS models, but it endows the car with exemplary ride comfort whilst maintaining tight body control. The car’s brake paddle offers progressive stopping without being overly aggressive.

Around winding B-roads, the grip from the 245/40R19 Bridgestone T001 tyres is astounding, putting all the horses to good use. In sport mode, the steering and throttle response is noticeably sharper, like turning up the dial to 11. The transmission will also hang on to revs in corners without hesitation. As expected, it isn’t as crisp as the SV6 and SS sports models, but there’s no doubt that you are in one of the finest handling cars money can buy.

Across a variety of surfaces along the test route, the Calais V’s cabin remained hushed, with booth road and wind noise well suppressed.

While large cars, like Nokia phones, aren’t as fashionable as smaller, more fuel efficient small cars or indeed as desirable as high-riding SUVs, the 2013 Holden Calais V is undoubtedly the classiest Australian car ever made. It has the performance, technology and looks to take on more expensive premium cars, and the badge on the bonnet shouldn’t be the deal breaker. For anyone looking for a superbly equipped and reasonably priced GT, they would be foolish to look past the Holden Calais V.