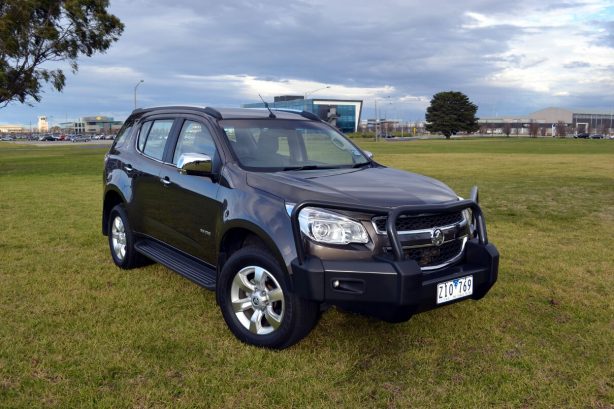 The highly competitive urban SUV segment in Australia is getting increasingly crowded, especially with the launch of yet another newcomer – the 2013 Holden Colorado 7.

But wait, the Colorado 7 is, more appropriately, a full size SUV aimed at competing with it, not in it. That’s because, unlike other SUVs with chic styling and refined road manners, the big Holden is essentially a dirt kicking Colorado truck dressed in business suit. So, it’s designed to be as tough as Bear Grylls and never complain even if you throw a whole rain forest at its path, while ensuring you don’t look too embarrassed taking the family out to dinner in it.

Despite its jagged edge nature, the Colorado 7 doesn’t look as ghastly as other truck-based SUV. There’s no oversized wheel arch extensions or protruding fog lights, and the spare tyre is tuck neatly underneath the rear floor tray. With a smoothly contoured body and short overhangs, it looks like an, well, urban SUV. 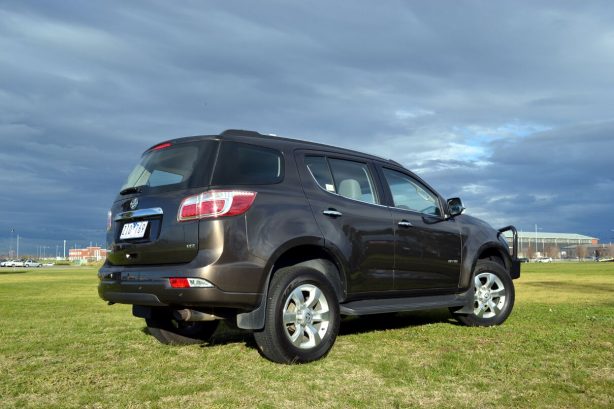 Inside too, is a car like interior with a humble dashboard and refined switchgear.  However, the circle arrangement of controls in the centre console feels odd and the absence of an instant fuel consumption display is disappointing, not to mention also the lack of steering reach adjustment.

The roomy cabin has enough seating capacity for seven adults and plenty of useful storage compartments. The seats are surprisingly comfortable and in LTX grade (as tested), they are also wrapped in soft leather. There is 878-litres of cargo space at the back, which can be extended to 1830-litres with the second and third row seats folded.

The ride in the Colorado 7 is noticeably firmer than most other large family SUVs, due to the off-road biased suspension setup. On the move, the cabin soundtrack is constantly made up of the diesel clatter and quite a lot of road and wind noise.

The Colorado 7 is motivated by a 2.8-litre four-cylinder turbo diesel producing 132 kW of power and 470 Nm of torque. It is paired with an on demand four-wheel-drive system and 6-speed automatic transmission.

On tarmac, the Colorado feels strong from the get-go and together with a three tonne towing capacity, adventure seekers would have no problems towing a boat or horse-float when so desired. However, the automatic gearbox feels like it is not the best match for the engine, swapping cogs unnecessarily in the upper gears as it tries to keep in tandem with the engine. The spongy brakes don’t help either. 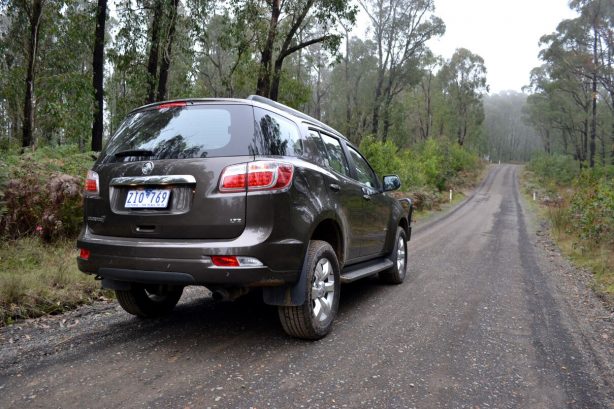 Unlike its softer competitors, the Colorado 7’s firmer suspension translates to a sure footed and less wobbly ride around country roads. But, it is on the gravel where the Colorado 7 really shines. Flick it into 4WD mode and the drivetrain works out the best way for maximum traction. It reacts to the slightest wheel slip and automatically sends the right amount of power to the wheels with the most grip. When the situation gets tricky, there is also a proper low range mode to reduce speed and increase torque at the axles, and an Automatic Hill Decent feature to aid braking during steep decline.

Sharing its underpinnings with its ute cousin, the Colorado 7’s overall interior fit and finish is geared more towards practicality than plushness. That means sturdy hard plastics are used throughout, but panels are still well aligned with no noticeable rattles or squeaks around the cabin. The vehicle in general also feels solidly built.

Our week spent with the Colorado 7 returned an average of 11.2L/100km with good mix of urban, freeway and off road driving. This is not a bad effort for a large SUV that weighs over 2.1 tonnes.

The Colorado 7’s mechanically simplistic approach means it should be relatively reliable. It is also backed up by a 3 year /100,000 km factory warranty. 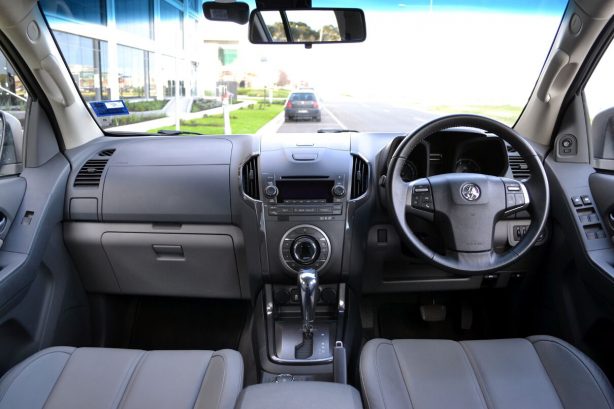 The Holden Colorado 7’s appeal lies in its excellent off road ability and huge space, while retaining reasonable levels of comfort on the road. It’s not amongst the most refined nor the best equipped in terms of cabin features but overlook those and you get a tough, all-terrain workhorse.