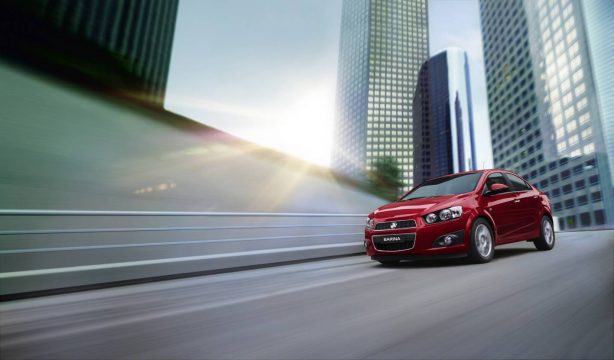 The first thing that most of us testers seemed to care about is whether a car can go around a corner faster than a speeding bullet without taking the guard rails with it. To the majority though, reliability, safety and economy probably take precedence, especially at the affordable end of the market.

Take the latest Holden Barina CDX for example. It looks sporty, is feature packed and relatively cheap to maintain and run. Perfect then, for first car buyers or those wanting a city car. Sure, it isn’t any more accelerative than a bicycle, but it does have 17-inch wheels, Bluetooth and a funky instrument that will please most Gen-Y drivers.

So, is showroom appeal enough to sway buyers away from more driver focused city cars like the Ford Fiesta or Suzuki Swift?

Consisting of two trim levels (CD and CDX) and available in both hatch and sedan, the Barina is highly specified. All models are equipped with a 1.6-litre four-cylinder petrol engine mated with either a 5-speed manual (standard) or 6-speed automatic transmission.

Its exposed headlights immediately draw your attention, like a hunting tiger to its prey. It may appear that Holden has forgotten to swap the prototype’s headlights with proper production units with lens cover at first, but they are actually a design feature. And it works on the Barina, giving it a youthful and slightly rebellious look. 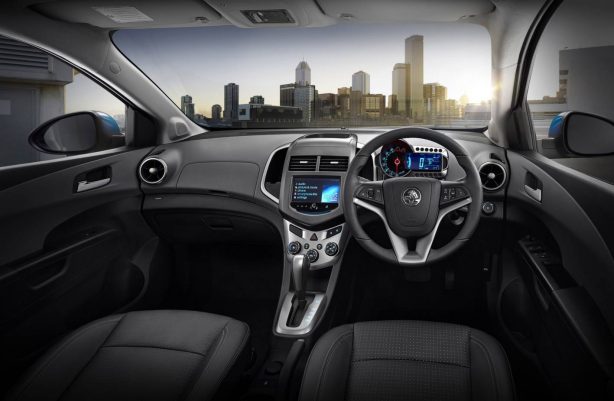 The youth-oriented design continues inside the cabin with a motorbike-inspired instruments and blue backlit dials. The range-topping CDX we tested also comes with the rather brilliant Holden MyLink infotainment system that features a 7” colour touch screen with smartphone app integration.

The system allows drivers to direct Siri equipped iPhones’ to perform a number of tasks, such as listen to, and compose and send a text message, while keeping their eyes on the road and hands on the wheels.

There is also an abundance of interior space, as the Barina is both longer and wider than the old model. Boot space 290 litres in the hatch and a cavernous 502 litres in the sedan, both expandable with useful fold down seat backs. 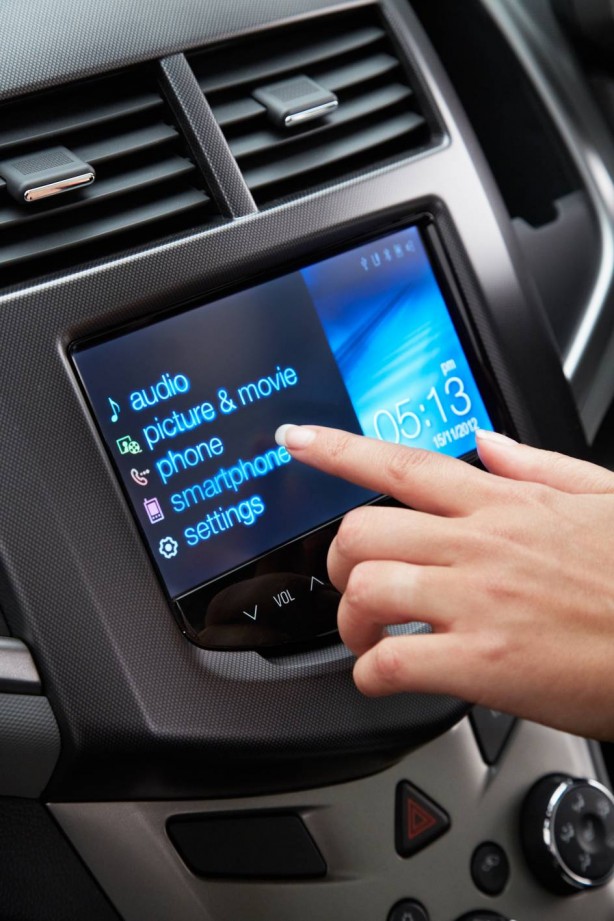 Also bucking the trend is the car’s great all-round visibility, thanks to its slim pillars and large windows.

The leather seats (CDX) are nicely padded and comfortable and together with an airy interior, the Barina is more accommodating than expected.

However, the interior plastics aren’t much better than that of a $20 Tonka toy, and if that worries you, we suggest you look at the Volkswagen Polo or Peugeot 208. 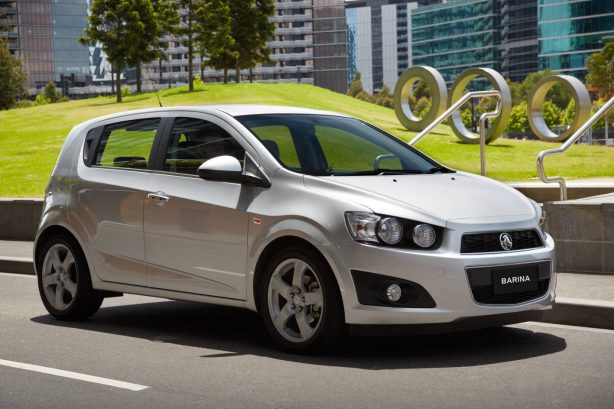 The Barina’s naturally aspirated 1.6-litre petrol engine delivers a respectable 85kW at 6,000rpm and 155Nm at 4,000rpm on paper. Out in the real world, however, the engine is uncouth and only just adequate.

The CDX is also mated exclusively with a 6-speed automatic that, again, appears competitive with rivals but in reality, is jerky in its operation and has a tendency to hunt around for gears, surfing the narrow torque band of the engine.

It’s a shame really as the Korean-built Barina handles surprisingly well (but still not to Ford Fiesta or Suzuki Swift standard), thanks to Holden’s input into the car’s new electric steering and suspension tune. The car feels light and nimble, and isn’t shy of leaping into bends when demanded. Similarly, ruts and bumps are soaked up with ease.

The little Barina also ride on one of the largest wheel and tyre combination in its class – chunky 17” alloy shot with 205/50 tyres. While it’s great news for grip, tyre roar is almost a constant companion.

While the car is generally well put together, its cabin quality falls short of class standard, with hard brittle plastic the order of the day. Most notably though, the doors feel hollow and does not exude the solidity in some of the Barina’s contemporaries.

The Barina is a car full of surprises, even its fuel economy. Sadly, it isn’t a welcomed surprise. On test around the city, it returned an above average 8.2L/100km (Holden’s claim: 6.4L/100km), making it even thirstier than the one size bigger Nissan Pulsar (8.1L/100km) we tested recently. 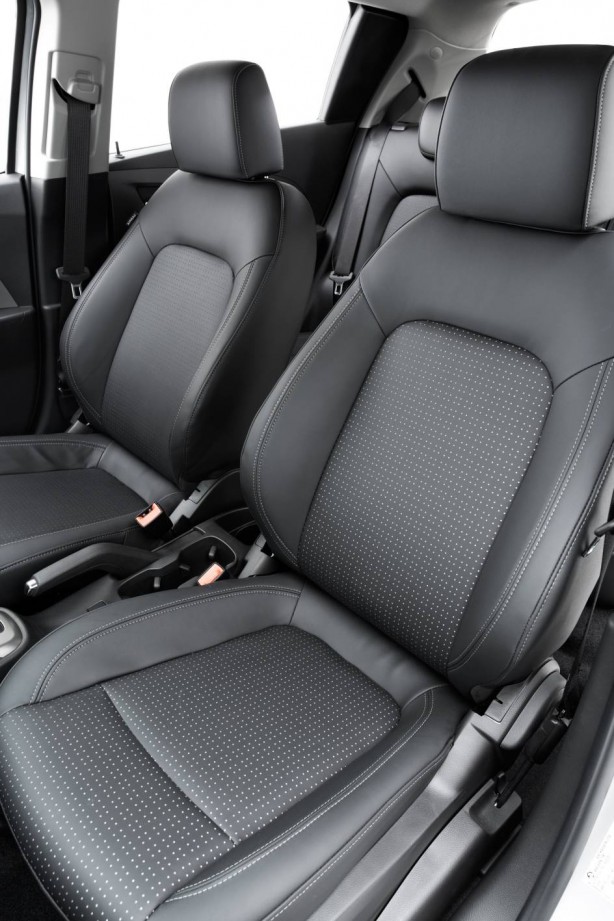 Like most city cars today, the Holden Barina is packed with equipment. The CDX is also the first in the segment to pack a 7” touch screen Bluetooth infotainment system with smartphone app integration. It connects with the user’s iPhone and enables apps such as Pandora music streaming.

Like a fast food Happy Meal, the Barina is big on value. It’s relatively well built and comes with mod-cons that Gen-Y’s would approve and cost no more than $21,000. No, it isn’t as fun to drive as a Ford Fiesta or a Suzuki Swift, but it will get you from A to B without much fuss; if you are not in a hurry.

However, you’ll probably be deaf by the time you arrive at your destination, courtesy of the raucous engine and noisy tyres.