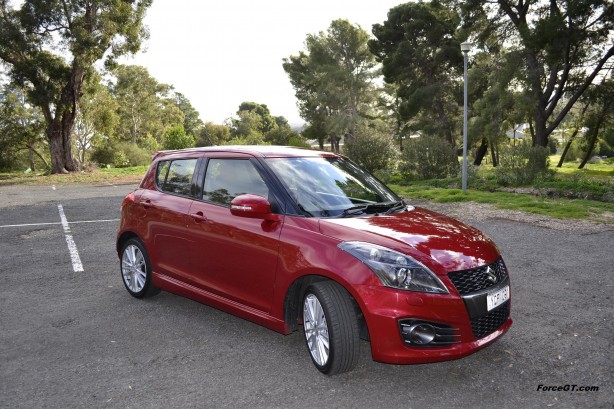 Suzuki is renowned for making cracking superbikes. Ask any motorcycle enthusiasts and Suzuki bikes are usually at the top of the list. They are fast, well built, reliable and fun.

But what about cars? Do they have the pedigree of their two-wheeled counterparts? In the case of the Suzuki Swift Sport, the answer is yes!

The Swift is one of Suzuki’s oldest nameplates. The first generation was produced back in the early 80s and quickly became one of the darlings in the small car segment. In the late 80s, Suzuki added a faster version of the Swift and slapped a GTI badge on its rump. And so the small hot-hatch legend began….

It had a 1.3-litre twin-cam four-cylinder engine, and produced just 73kW of power. But with just 835kg to shift, it is properly, err swift!

It also came with fatter tyres and body kits to set it apart from its humbler siblings, a formula still used today. Anyway, let’s get on with the review

The Suzuki Swift Sport’s design is very much evolutionary, not that it’s a bad thing, as the previous design is well proportioned and sporty. The most obvious design change is at the rear of the car, where it seems to be inspired by the previous generation Renault Megane’s ‘J-Lo’ backside. 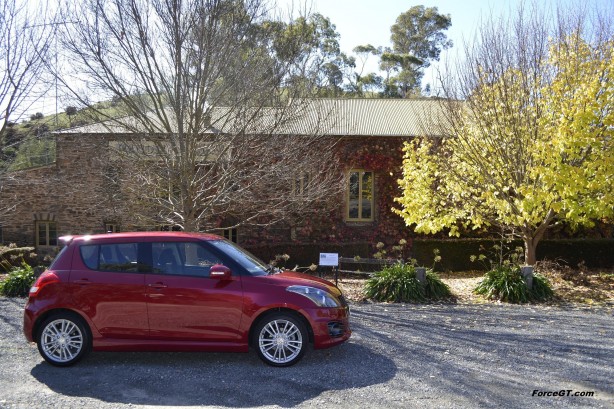 The front facia is dominated by a large Audi style grille, flanked by a set of headlights that sweep back further into the car’s body. The subtly rising shoulder line then meets with similarly styled rear lights. Together with a small glass house, side skirt and rear roof spoiler, the Swift Sport casts a familiar yet sporty silhouette.

The attractively designed 17” alloy wheels completes the whole package. The Swift Sport is a handsome, if slightly conservative, small car.

Being a sports model, the Swift Sport is equipped with a pair of sports front seats. They are well contoured and provide sufficient amount of support for those spirited drives. I also find the driving position to be spot on, with all controls falling easily to hand and the steering becoming one with the driver. Pedal positioning are also excellent, affording painless heel and toeing.

There are ample storage spaces in the doors for both water bottles as well as odds and ends. The size of the glove box is fair and will take a few CDs (for those of you who are into the ‘retro’ form of audio pleasure) on top of the owner’s manual.

Rear passengers are however, not as well accommodated. Anyone over 180cm would find their knees having an argument with their throat. The situation will also take a turn for the worst, turning into a boxing match, if any of the front passengers are of a similar statue.

Further back, another issue is with the Swift Sport’s minute boot. There is only 210 litres with the seats up, hardly enough to carry even a handbag!

Wow…. what a fun car to drive!

Suzuki has done a fantastic job with the Swift Sport’s chassis. The engineers have tightened the front suspension by 15%, while the rear is 30% firmer compared with the previous model. Together with a wider track, this translates to flatter cornering at higher entry speeds.

The little hot-hatch attacked corners with great confidence, exhibiting little body roll; while the communicative steering lets you know what’s in contact with the front wheels consistently. The amount of grip from the relatively skinny 195/45 Bridgestone’s is also extraordinary. 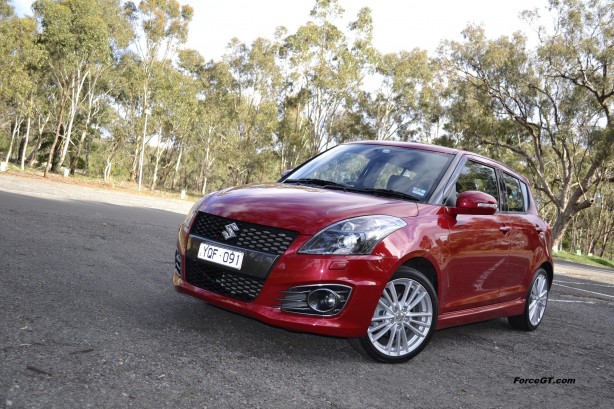 During our road test, taking corners at 80km/h will hardly unsettle the little Swift Sports’ stance. Only once when I misjudged a corner did the car go into slight understeer, with the ESP (Electronic Stability Programme) gently cutting in for the rescue.

The test vehicle came with a 6-speed manual transmission, while a ‘7-speed’ CVT is a $2,000 option. The manual would be the transmission of choice for drivers. The gear changes are super smooth and precise. With a light clutch pedal, driving around town is a breeze as well.

The only slight let down in the Swift Sports’ handling arsenal is the lack of low down torque from the 1.6-litre M16A four-cylinder engine. This is albeit an increase of 12Nm compared to the old model to 160Nm. 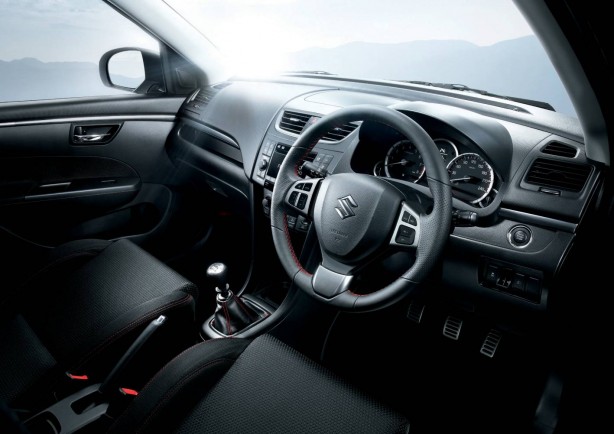 We can expect good build quality from Suzuki. Things such as panel gaps and fit and finish are up to industry standards.

Interior quality is likewise, generally good. There are however, some cheap, shiny plastic used for the lower dash and door trim, which seemed to undo the good work of the quality, tactile material used for the upper dash.

There were also a few rattles from within the dashbaord. However, this may be due to the hard life the test car had under the hands of my counterparts. 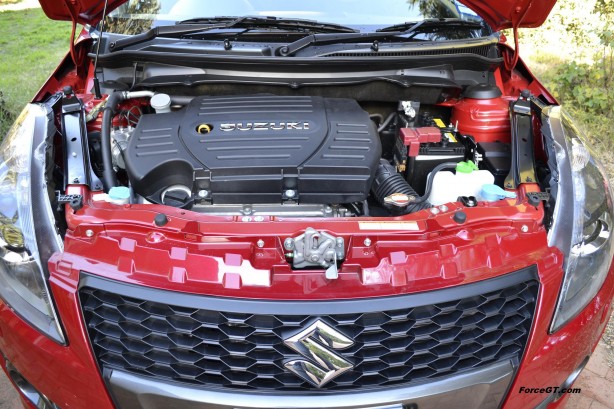 Suzuki claims the Swift Sport will return 6.5l/100km combined. On test, with enthusiastic driving and spending around 70% of its time in the city, we managed 6.6l/100km, which is not bad. The only slight downside is, it requires Premium fuel (minimum 95 RON).

There is also a sports steering wheel with audio and cruise control buttons. It is covered in leather with red stictching to match those on the seats.

The Swift Sport is a delightful little car to punt around, both in the city and on longer weekend country drives. Its bang for your buck proposition is unrivalled either, with its closest rival, the Volkswagen Polo GTI, asking A$5,000 more.

Sure, it doesn’t have the European cachet of the Polo, but in the same vein, it also disposed of the associated servicing costs of a European car.

It is sporty and fun to drive, yet is cheap to own and run. Top that with Suzuki reliability and the Swift Sport should be on your shopping list if you are in the market for a small hot hatch.

Previous 2013 Ford Focus ST on sale in the UK priced from £21,995
Next Lexus LFAs Cruise Down the Streets of Brisbane