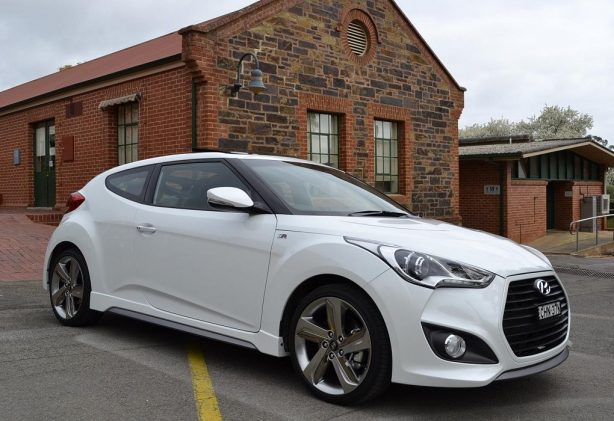 A few months ago, I reviewed the naturally aspirated Veloster + and came out mightily impressed. Its seductive lines won me, and many others, over at first sight. It was a competent handler as well, that wasn’t shy of corners. However, the car’s visual exhilaration was let down by its asthmatic engine.

So, shortly after its local launch, we promptly requested the latest 2012 Hyundai Veloster SR Turbo for testing, eager to find out if the extra pair of lungs would transform the Veloster’s personality.

Picking up the Veloster SR was like catching up with an old friend after years of not seeing each other. There was the familiarity that was immediately comforting, but also the anxious anticipation of updating each other with years of news and personal achievements. 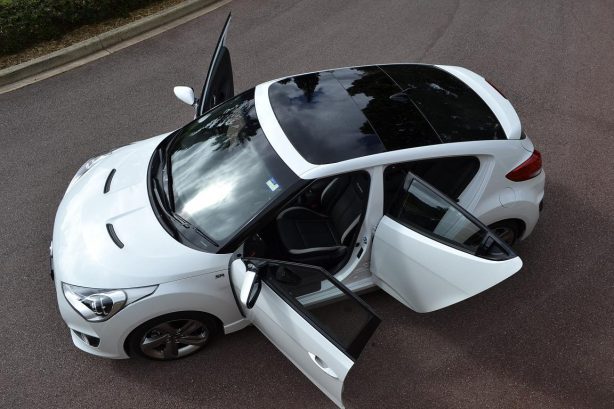 Appearance wise, the SR’s work at the gym was instantly evident. The car looked decidedly more muscular. Its gaping hexagonal front grille, round fogs and reflectors, side skirts, twin barrel exhausts and diffuser, all contributing to the ‘look at me!’ factor.

Just like old friends, the Veloster’s bolstered sports front seats extended its warm embrace, reassuring me even before we set off on our agreed sprint up one of the best driving roads in South Australia – up Gorge Road and winding its way alongside Kangaroo Creek Reservoir, down Basket Range and towards the Adelaide Hills.

The well designed and robust dashboard has been given a minor facelift with titanium-look trims replacing the brushed aluminium-effect items on the steering and air-vents surrounds. It fits the sporty aspiration of the Veloster SR. Features are abundant, as Hyundai offers the car with only one fully equipped trim. 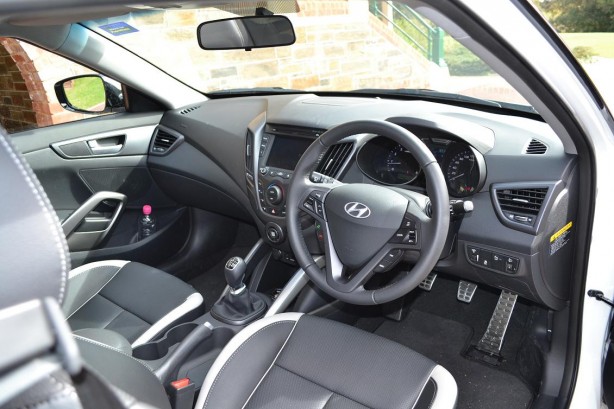 Everything seemed fine so far, we reacquainted in no time, like old friends did…. until I hit the Start button. Perhaps I was expecting too much, but if you told me you have been training hard at the gym, I expect the extra lung capacity to translate to deeper engine burble, even at idle.

Nevermind, I thought. Maybe the Veloster SR Turbo hasn’t warmed up yet. I drove the car out of the parking lot and pointed it northeast, towards Gorge Road. The great flowing corners back-to-back and magnificent views, on a sunny spring day, was perfect for putting the sporty SR through its pace.

Going up the hill on full throttle, the car’s engine note continued to disappoint. Hyundai’s 1.6-litre twin-scroll turbocharged direct-injected engine lacked the aural sportiness that, in my opinion, was essential for its class. What’s missing was the auditorial richness that was fundamental to the driving experience. It was like Arnie with the voice of Michael Jackson. 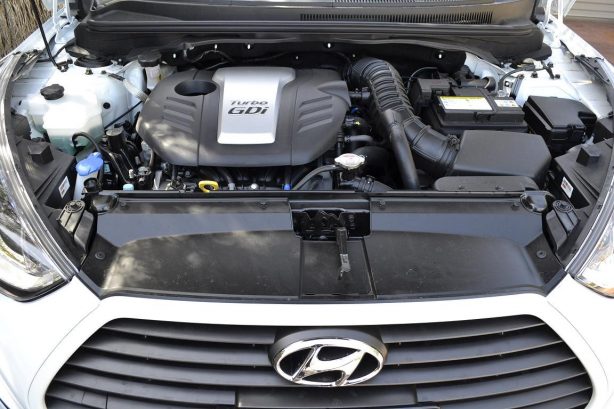 Engine response was also mediocre, there was a moment of hesitation before the engine reacts to throttle input. In daily city or freeway driving, this wouldn’t be an issue, but when fun was to be had, it was rather annoying.

Handling though, was commendable. It was well balanced and composed, exhibiting very little body roll. Hyundai’s engineers had done a brilliant job tuning the suspension to suit local conditions. Grip from the 215/40 running boots were also above average in the dry, hanging on to corners with the traction of a leech.

When the roads straightened up and with  vineyards rushing pass, the Veloster SR’s quieter side emerged. The cabin was well insulated with hardly any tyre or wind noise. 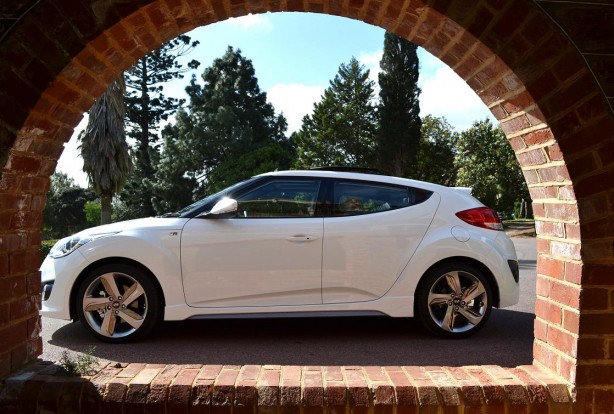 As we came to the end of our run, the Veloster SR’s head-turning ability was once again obvious. Children pointed, while adults gave us the thumbs up when we drove through the Main Street of the hill’s town of Lobethal. For many, this would be enough justification to own the Veloster SR, and nothing else matters.

However, after the ‘look at me’ factor wears off, the turbocharged Veloster doesn’t live up to its hot hatch aspiration. Yes, it would be our pick if you had to have a Veloster, but as a sports car, the stylish coupe misses the mark.