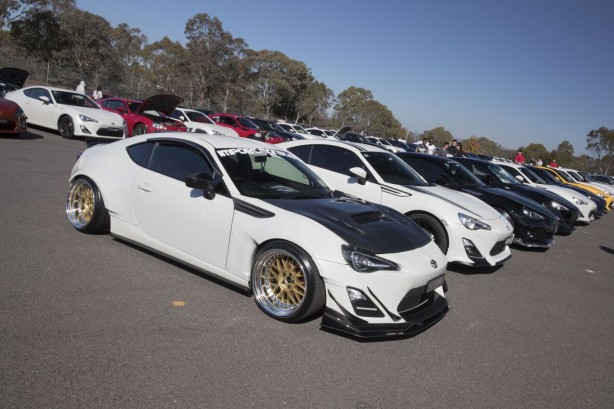 The third Australian Festival of 86 celebrations took place over the weekend in the nation’s capital drawing close to 450 owners and admirers of the Toyota 86 sports coupe to the Sutton Road Driver Training Centre in Canberra.

More than 150 examples of the front-engine, rear drive coupe were on display, with enthusiasts travelling from NSW, Victoria, Queensland and even WA to indulge their Toyota 86 passion.

Professional racers Glenn Seton, Steven Johnson and Leanne Tander, retained by Toyota to race against and mentor emerging competitors in the series, were on hand at the festival to give lucky draw winners a race car passenger ride on the Sutton Road centre’s 2.5km closed road circuit.

Others strapped into the passenger seat of a road-going 86 for a spectacular drift demonstration on the skid pan, while a display of classic Toyota race and rally cars added a touch of motorsport history to the event. 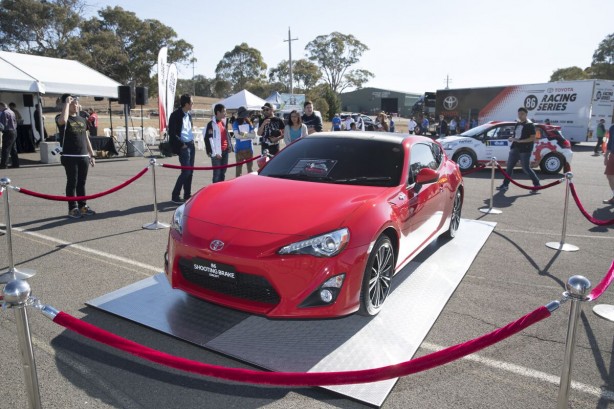 Another headline attraction was the Toyota 86 Shooting Brake Concept, a one-off interpretation of the four-seat sports car, conceived and developed by Toyota Australia’s Product Design team and hand-built in Japan under the direction of the global sports car division.

Unveiled to media on the day prior to the festival by Toyota 86 global chief engineer Tetsuya Tada and Toyota Australia’s design chief Nicolas Hogios, the Toyota 86 Shooting Brake adds practicality to the 86, while retaining the coupe’s sleek profile in a hatch body.

Tada-san stayed on for the Festival of 86 and was in demand for autographs, photos and discussions throughout the day.

At the conclusion of the event trophies were awarded for everything from Best Interior, to Most Extreme Custom and Car of the Festival, before a grand parade lap filled the road course main straight with a multi-coloured sea of Toyota 86s.

“The 86’s pure design and outstanding dynamics have created a devoted following in Australia, where its per-capita sales are the highest in the world. And the success of this year’s Festival confirms its appeal remains strong,” Mr Cramb said.