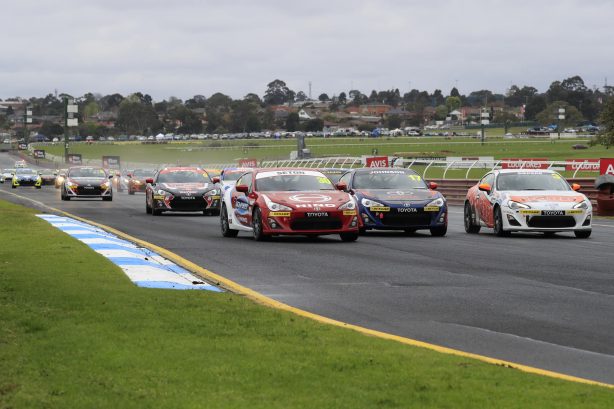 The previous domination of Canberra teenager Cameron Hill was broken by a trio of hard-chargers in the shape of Queenslander Will Brown and New South Welshmen Luke King and David Sieders.

Brown, a 21-year-old emerging ace from Toowoomba, managed to combine victory in the first T86RS event with success in Formula 4 open-wheelers over the course of the weekend, confirming his versatility and outright speed.

King broke through for a maiden victory in Race 2, saying he was “absolutely stoked” to stand on the top step of the podium, becoming just the third T86RS competitor to do so.

Hailing from the NSW Central Coast, King was running in a car borrowed from fellow competitor Garry Holt for this weekend, and said it felt great over Sandown’s high kerbs thanks to a suspension set-up fine-tuned in testing the week prior to the race.

Experienced racer and consistent front-runner David Sieders has been on the podium at some point during each of the three T86RS events runs so far in 2016, and managed to bag a winning points haul in the third and final race of the weekend.

David immediately dedicated his victory to 18-year-old Luke Spalding, a V8 Ute racer closely connected to the Sieders Racing Team who lost a four-year battle with cancer on the Friday night prior to the race weekend. 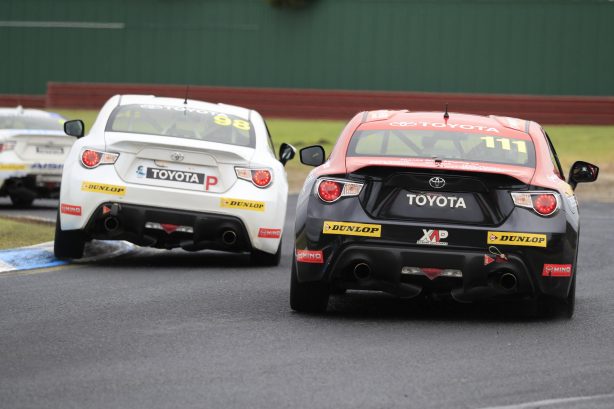 Invited drivers Steve Johnson, Tony Longhurst and Leanne Tander all progressed up the finishing order over the course of the weekend, with Johnson sneaking onto the third step of the podium in the final race.

“This series is really good fun. I’m getting a better understanding of how to get the most out of the car, and I trust the guys I’m racing with at the front,” Steve said.

“But overall, I’m here to help the young guys, and even though it’s making me feel old that they’re all coming to me for advice, it’s really rewarding. I had a guy tell me he’d dropped his lap time by a second after we spoke,” he said.

Tin-top legend Longhurst also enjoyed his first T86RS experience, working up to a worthy 13th place in the final race.

“It’s been a clear reminder of how sharp you have to be to be really competitive, but I’ve had a ball,” Tony said.

Leanne Tander also steadily worked her way up the leader board, slipping in to the top-10 in the third race.

“The standard of racing is getting better all the time, and I’ve had a chance to chat to more of the competitors. It’s been a lot of fun,” she said.

Next stop for the Toyota 86 Racing Series is the Bathurst 1000 weekend, with close to 40 entries, including one from New Zealand, expected to be confirmed in support of ‘The Great Race’ at Mount Panorama.