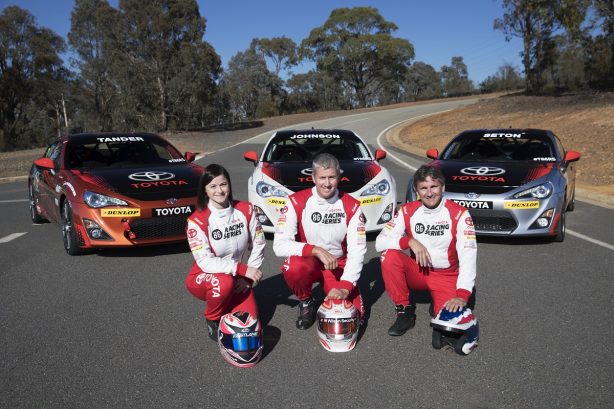 A full grid of 35 Toyota 86 racing cars are ready to greet the starter at the first round of the 2016 Toyota 86 Racing Series, running at this weekend’s V8 Supercars Championship round at Winton raceway in Victoria.

Entries for the new single-make category have been well received, with contenders ranging from a solid pack of teenage young guns with their sights set on top-flight motorsport success, to more mature racers keen to demonstrate how experience and cunning might win out over raw enthusiasm.

Eight of the 35 entrants are 18 or under, while New South Wales heads the list with 16 entrants, followed by Queensland (eight), Victoria (six), South Australia (two), Tasmania (two), and the ACT (one). 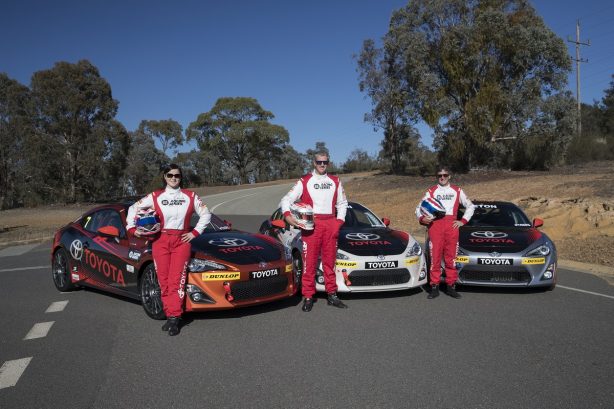 To assist competitors on and off track Toyota is also adding selected professional racers to the starting line-up, with different drivers brought in throughout the season.

For Winton, the field will be boosted to 38 with the addition of V8 Supercars Hall of Fame inductee Glenn Seton, seasoned V8 Supercar ace Steven Johnson and versatile and highly credentialed racer Leanne Tander.

These pro drivers are not eligible for prizemoney; their primary role being to mentor regular competitors by sharing tips on everything from race-craft and driving technique to engineering set-up and team structure. 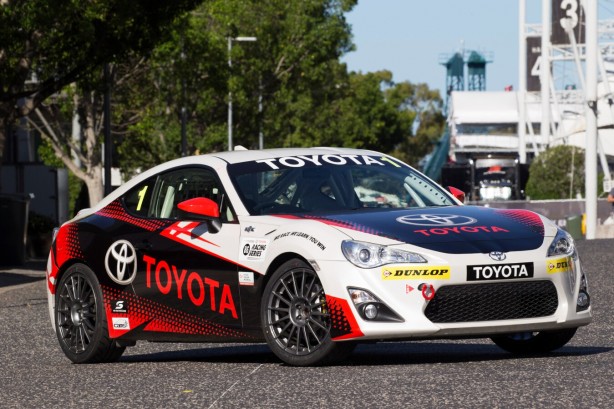 “The size and make-up of the field for Winton is exactly what we’ve been hoping for,” Mr Cramb said.

“It’s a mix of youth and experience, pushing the 86’s dynamic limits to the maximum and taking skills and motorsport careers to the next level. We can’t wait for the series rubber to hit the road,” he said.

Underpinned by a straightforward and budget-conscious technical spec, the Toyota 86 Racing Series provides the perfect platform for budding competitors to develop their abilities and step up to national level motorsport. 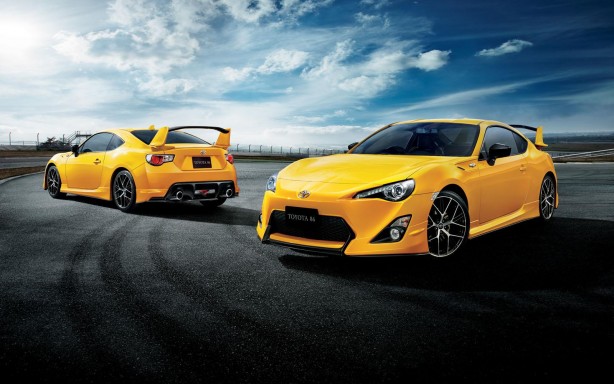 The entry fee of $1,500 per round (including Bathurst) is the lowest for any mainstream national series, and a prize pool of $125,000 gives up-and-coming competitors a shot at snaring a career-boosting budget.

The series is managed by AirTime Autosport under the leadership of prominent motorsport identity Neil Crompton, and commercial support has been building steadily in the lead up to the opening event.

Toyota Genuine Motor Oil (TGMO), one of Australia’s largest and most successful genuine oil programs, has also confirmed its support of the Toyota 86 Racing Series in 2016.