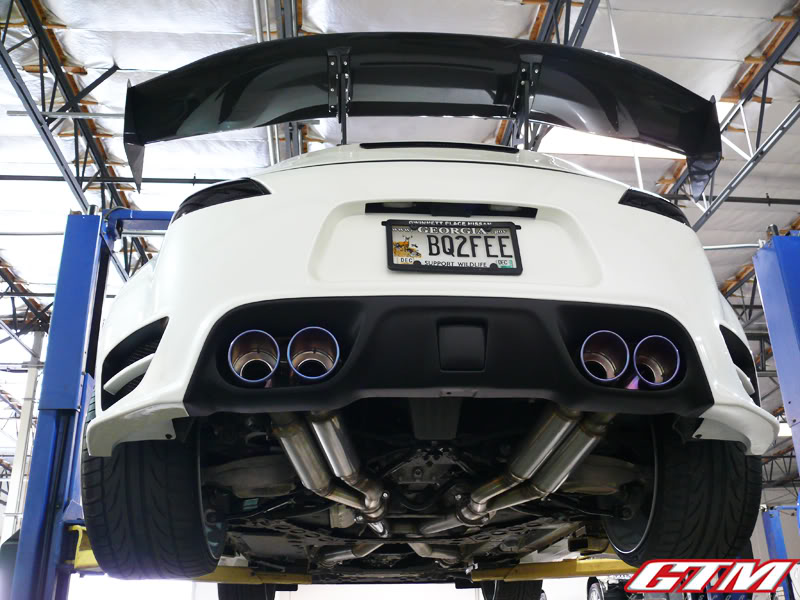 Pioneer – The word itself conjures thoughts of everything from heroic settlers blazing trails into the unknown to brilliant engineers on the bleeding edge of technological wonders. Renown for tuning Nissan’s VQ engines and platforms found in Nissan’s Z line of sports car (350Z and 370Z) as well as the V-Series Skylines (Infiniti G35 and G37 in the US), GTM Motorsport are moving into uncharted territory with what will be the very first four digit horsepower Nissan 370Z.

If you are an avid reader of ForceGT, you might remember we posted a brief introduction on this monstrous 370Z awhile ago, well now work is underway and this build by GTM will transform this modest 370Z into a 1000 horsepower rocket. Though this type of challenge may seem simple on the surface, this thought process belies the truth of the incredible amount of research, knowledge and dedication necessary for successful completion of such a massive undertaking. Changing the aspiration of an OEM car, while adding nearly four times the amount of horsepower, requires reverse engineering of nearly all systems on the vehicle and development of custom applications that will not only support the newfound power levels, but will also maintain similar characteristics and drivability of the original product.

One of the key aspects in an extraordinary build such as this is the Engine Management System (EMS). Absolutely nothing is more important than the safety and reliability of the power-plant that will be the heart of a 1000 plus horsepower beast. Chosen for this arduous task is the well known and proven HKS F-CON V Pro.

“One of the HKS F-CON best capabilities is the option to run any injector size you desire. It has a very solid injector drivers so you run low or high impedance and up to a 1600 cc without a glitch”, said Sam from GTM Motorsport.

To date, GTM is the only organization to successfully tune the VQ37VHR with VVEL using this superb management system. Though the sheer magnitude of tuning such a complex build is daunting, GTM hoped the outcome will be the same as all their previous endeavors, such as the 518 rear-wheel horsepower Nissan Nismo 370Z and the twin turbo Nissan 350Z. 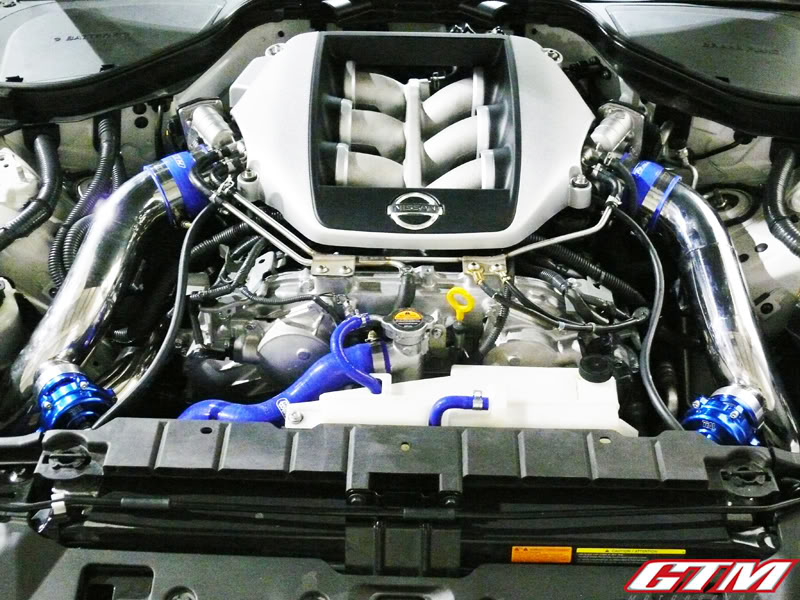 After having decided upon what EMS to utilize for the safest and most reliable tune, GTM directed their attention towards the engine. Mating the EMS with the appropriate power-plant is of the utmost importance when considering all facets of an extremely high horsepower build. There is really only one obvious choice – the GTM Performance Engineering VQ45VHR. Comprised of the GTM Hi-Rev 4340 chromoly high tensile steel alloy billet crankshaft with 96mm stroke, GTM spec Arias Stage 2 pistons, GTM billet rods and 100mm bore Darton MID sleeves, this 4.5 liter beast of an engine is still OEM enough to allow for the usage of the VVEL system. And when coupled with the GTM Stage 6 Twin Turbo kit, it pushes out massive amounts of power.

One glaring hole that is painfully obvious with this setup is that a 1000 plus horsepower in a Nissan 370Z will absolutely overpower any suspension and/or rubber available for it resulting in massive loss of traction. As this project car will be street driven upon completion, lack of traction and usability were not options. GTM uses the in-house designed and engineered PNP Racelogic Traction Control system. Being that maximum acceleration is achieved by limiting the slip between the tire and the road, the Racelogic TC system works by monitoring the speed of all four wheels using the ABS system or specially fitted sensors. When wheel spin is detected the engine power is reduced, by cutting a single injector pulse or a spark, until grip is resumed. This occurs in a thousandth of a second, and appears to the driver as a slight miss-fire with almost no noticeable loss in acceleration.

The 370Z started life as just a regular car with pretty much standard everything apart from the new wheels and lowering coilover suspension. 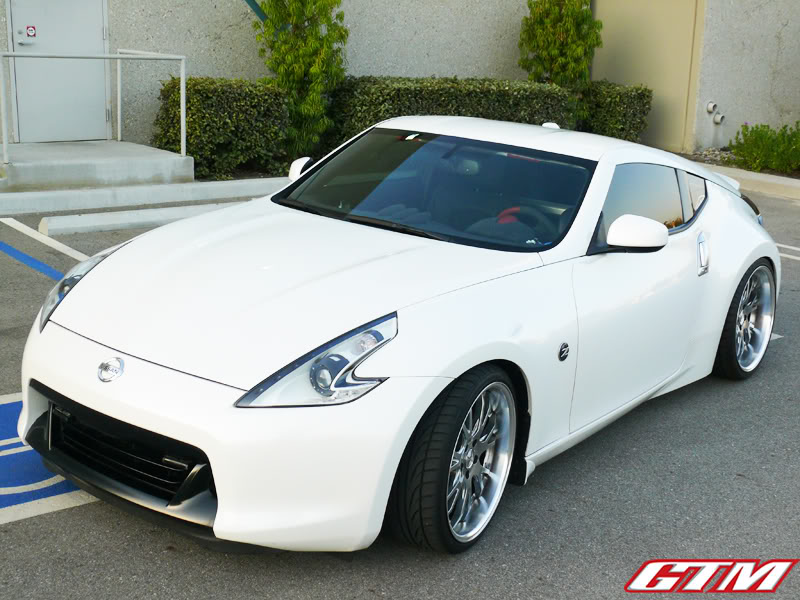 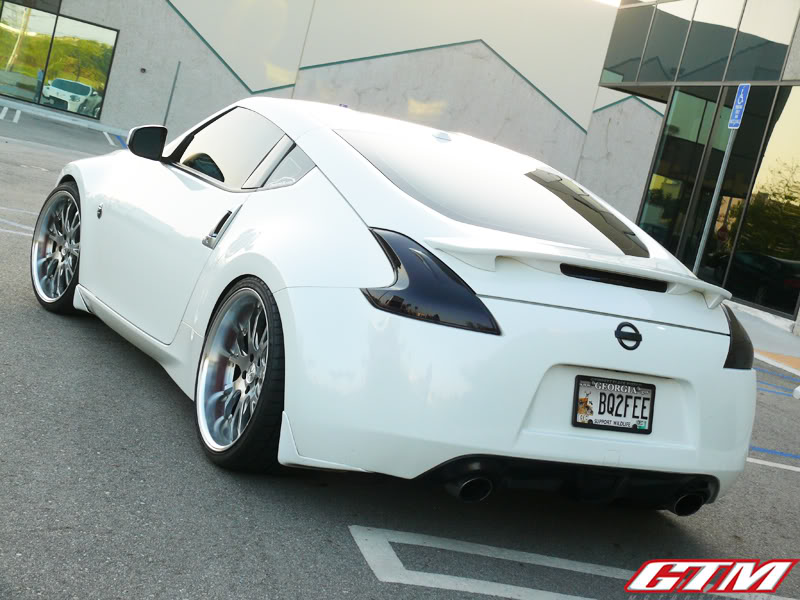 First up is the engine tear down. With so much modification on the list, this build won’t be possible without an entire engine removal along with all accompanying parts, including the transmission. Basically, the entire engine bay and drive shafts needs to be stripped. 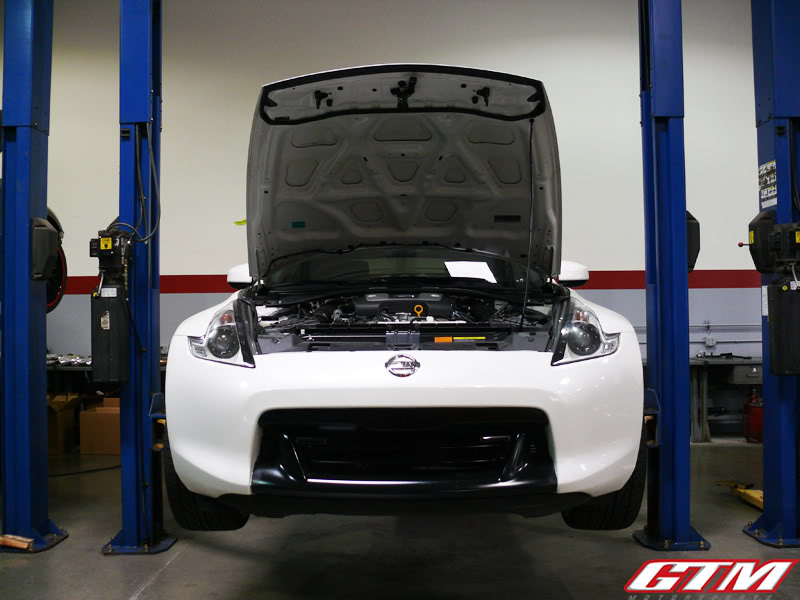 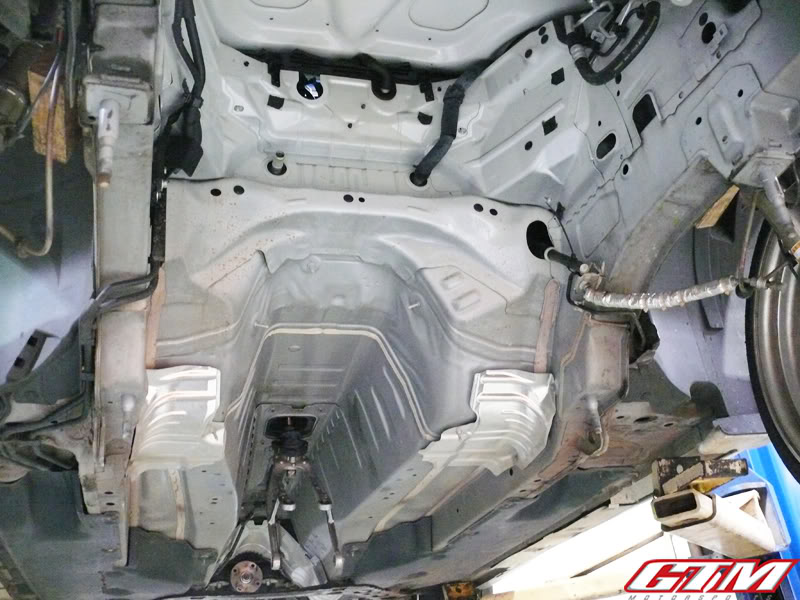 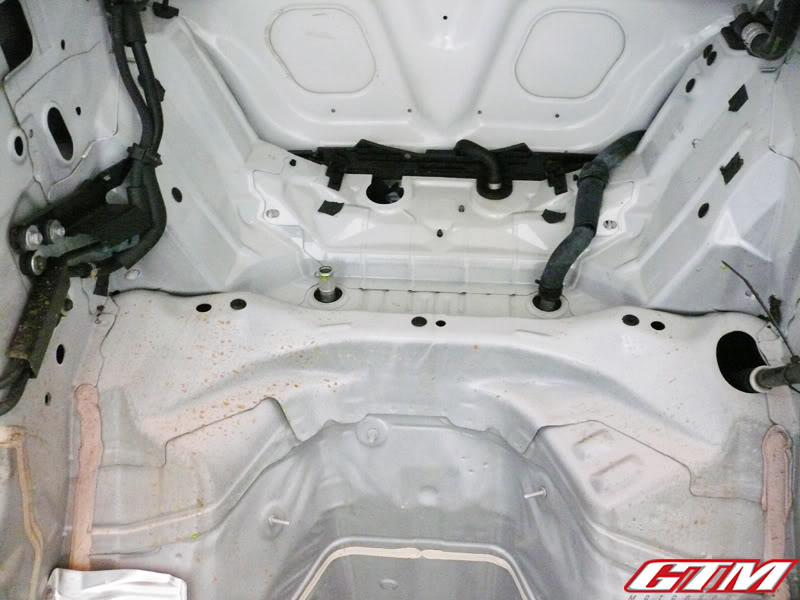 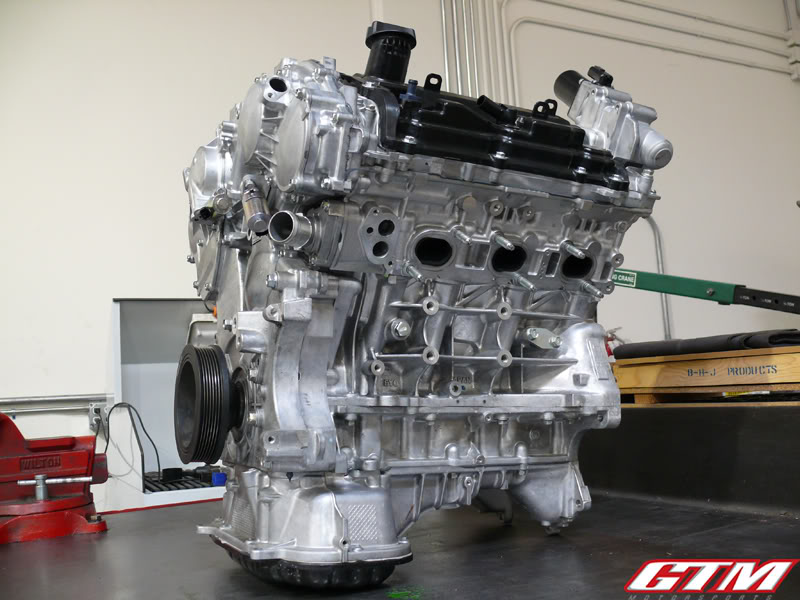 With the engine out, it is time to tear the engine down for some serious modifications. 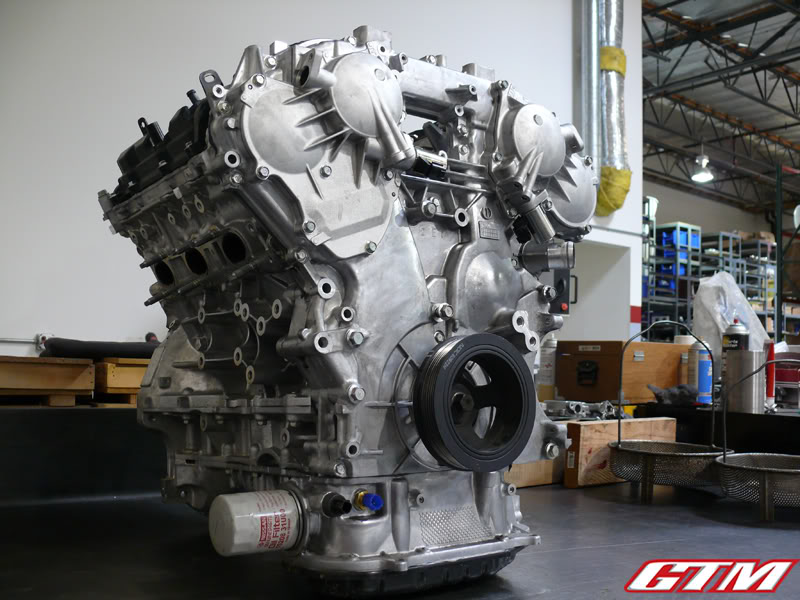 Next is the turbo installation

To spice things up, the 370Z is fitted with a full set of body-kit made by Zele and a rear wing from APR Performance. Carbon fibre panels have been used extensively to bring the weight down. These pictures are still not final as GTM is still working on the exterior of the car.

That’s the build process for part 1. Stay tuned for more updates on this amazing build as we unwrap this 1000 horsepower 370Z in the next couple of weeks.