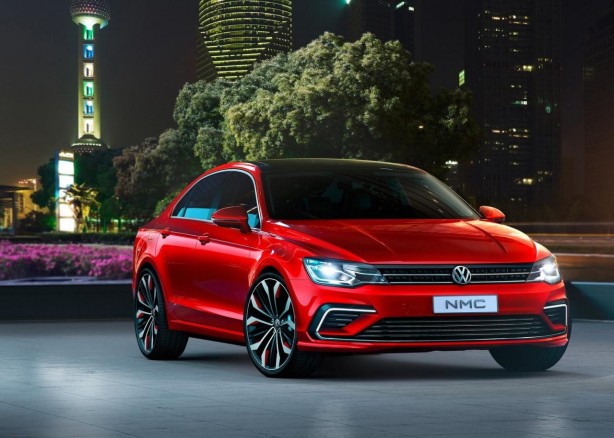 Volkswagen presented its new Midsize Coupé Concept at the 2014 Beijing Motor Show which is said to be headed for production soon.

According to Automotive News, the concept “closely previews” an upcoming model from Volkswagen that will be based on the next-generation Jetta. 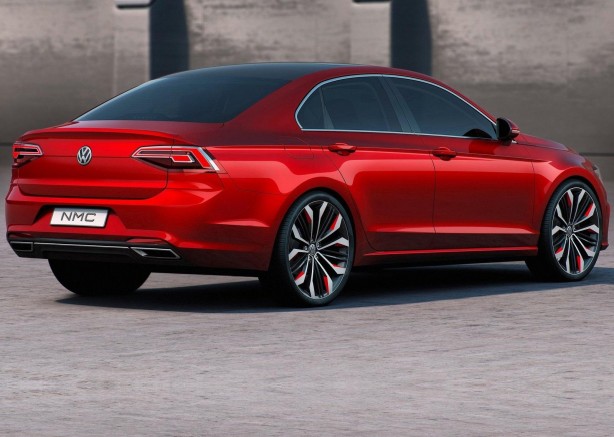 As its name (not the final name for the production car) suggests, the new four-door coupé fulfils the current craze for sleek four door sedans with low slung roofs. The car will slot in under the Volkswagen Passat and ride on the brand’s MQB platform.

Measuring 1,422mm in height, 1,838mm in width and 4,597 in length, the car is shorter and lower than a Volkswagen Jetta. The show car rolls on 20-inch alloy wheels shod in 245 low profile tyres and is finished in a Dragon Red paint job – an auspicious colour in China. 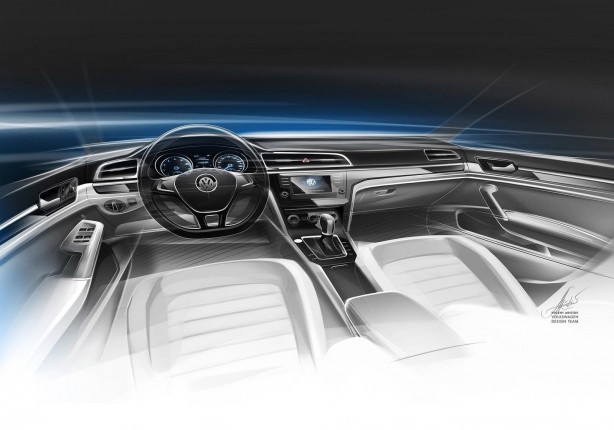 Its sleek profile is reflected in the car’s drag coefficient of 0.29. Inside, there is enough room for five people and their luggage, with a boot capacity of 500 litres. While no interior shots were released, the production car is expected to feature an interior shared with the Volkswagen Golf, albeit with different finishes and trims.

Outside, the Midsize Coupé Concept sports Volkswagen’s slimline corporate face with a reinterpretation of the brand’s LED headlights. At the back, the car features taillights with aluminium accents. 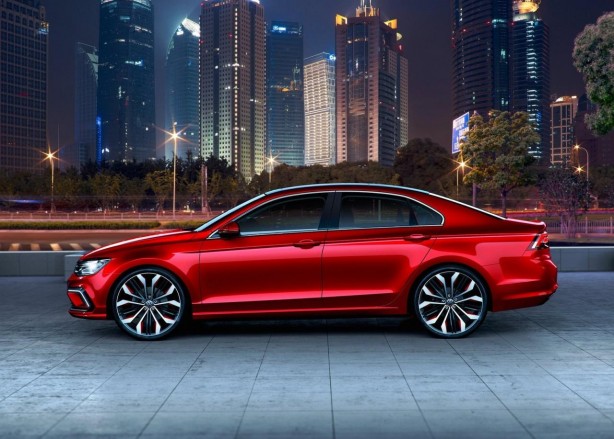 Underneath the bonnet, a version of the Golf GTI’s 2.0-litre turbocharged four-cylinder engine developing 162kW (220PS) drives the front wheels via a 7-speed DSG transmission. This setup enables the Midsize Coupé Concept to hit triple digits from a standstill in 6.5 seconds before topping out at 244km/h (151 mph). Claimed averaged fuel consumption is rated at 6.4L/100km.

The production model is said to hit the market in 2016.