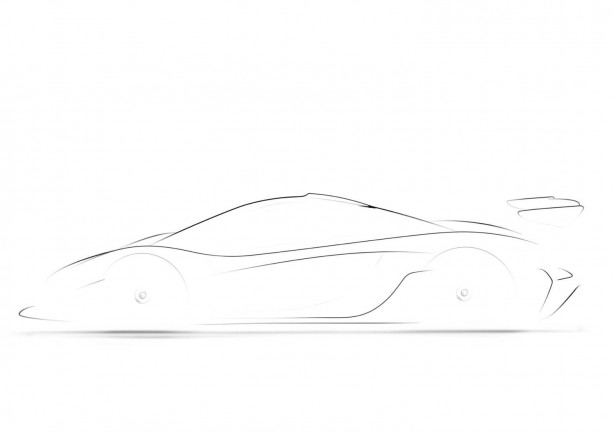 Twenty years on from victory at the 24 Hours of Le Mans by the now legendary McLaren F1 GTR, McLaren Automotive will resurrect the iconic name from its history for the track-only edition of the award-winning McLaren P1. The limited-run model will go into production when the 375th and final example of the road car has been completed, and in homage to its race-winning ancestor, the most powerful McLaren to date will be named the McLaren P1 GTR.

With no need to comply with road legislation, McLaren said the McLaren P1 GTR will be designed and developed as the best drivers’ car in the world on track. This will see even greater levels of performance, grip, aerodynamics and downforce than the road car. It will also feature technologies and a powertrain more extreme with an intended power output of 1,000PS (986 bhp/725kW), race-proven slick tyres, a widened track and more aggressive and distinctive styling designed to offer optimised performance around a lap.

The decision to produce a track-only variant is in response to demand to McLaren P1 owners. The McLaren P1 GTR programme will be priced at £1.98m, and will include a tailored programme created for each customer to build driver capability. It will include exclusive consultations with the McLaren driver fitness team and Design Director Frank Stephenson, privileged access to one of the McLaren racing simulators, and participation in a minimum of six dedicated international drive events to be held at some of the world’s most iconic Formula 1 circuits. Exact production numbers are still to be determined, but will be strictly limited.