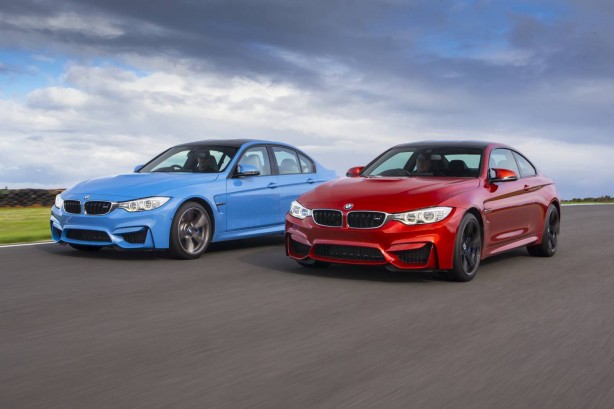 BMW Australia has officially launched the newest iteration of the company’s iconic mid-sized performance flagship, the M3 Sedan, along with its sibling, the M4 Coupé.

The new BMW M3 Sedan and M4 Coupé represent a new interpretation of the high-performance sports car under the formidable BMW M philosophy.

“The M3 has always been synonymous with high-performance sports cars and is revered for delivering refined, razor sharp dynamics and performance,” he said.

“In 2014 the BMW M3 Sedan and M4 Coupé will reset the standard in terms of high-performance precision and agility – and true to form, they are guaranteed to bring a smile to the face of any performance driving enthusiast.” 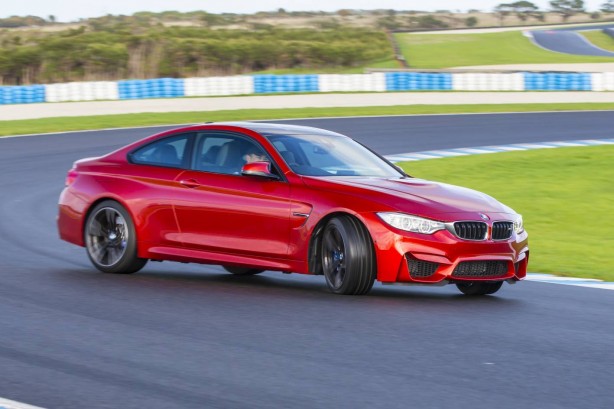 Both the new BMW M3 Sedan and M4 Coupé are imbued with substantially more standard specifications than their predecessors, delivering more than $8,500 of extra equipment. Pricing for the M3 Sedan begins at $156,900 and $166,900 for the M4 Coupé, excluding on road costs. The small increase in price over the predecessor is, according to BMW, more than offset by the generous increase in standard features.

One of the primary objectives in the development of the BMW M3 Sedan and BMW M4 Coupé was to ensure the new cars offered impressive race track capability. Naturally, BMW M GmbH turned to the legendary Nürburgring Nordschleife – the world’s most exacting race track – as the testing and development ground to ensure the new models comprehensively deliver on that objective.

In order to accentuate the racing character of the two models in terms of both their technical composition and the fine-tuning of the cars, engineers worked closely with BMW Motorsport’s professional racing drivers – such as DTM drivers Bruno Spengler and Timo Glock – during the development phase. 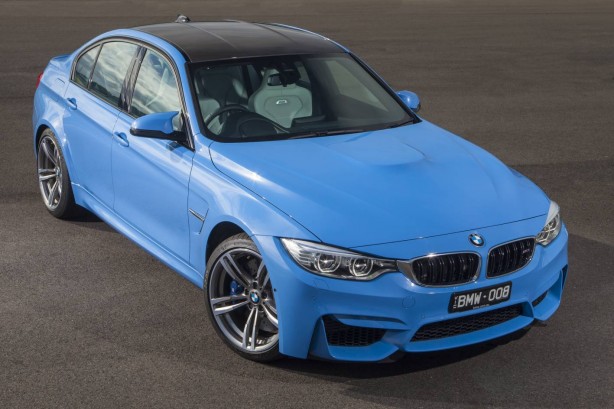 The high-revving six-cylinder in-line engine with M TwinPower Turbo technology newly developed for the new BMW M3 Sedan and new BMW M4 Coupé produces a maximum output of 317 kW. Its peak torque of 550 Nm is available across a wide rev band and outstrips the figure recorded by the outgoing BMW M3 by nearly 40 per cent. At the same time, the engine achieves a reduction in fuel consumption and emissions of around 25 per cent.

Driving the rear wheels through the third generation seven-speed M double clutch transmission with launch control, both the M3 Sedan and M4 Coupé cover the sprint from 0 to 100 km/h in 4.1 seconds.

The new M3 and M4 benefits from a weight saving of around 60 kilograms over the outgoing M3, thanks to the increased use of lightweight materials such as carbon-fibre-reinforced plastic (CFRP) and aluminium for a number of chassis and body components. Both models feature a carbon roof. 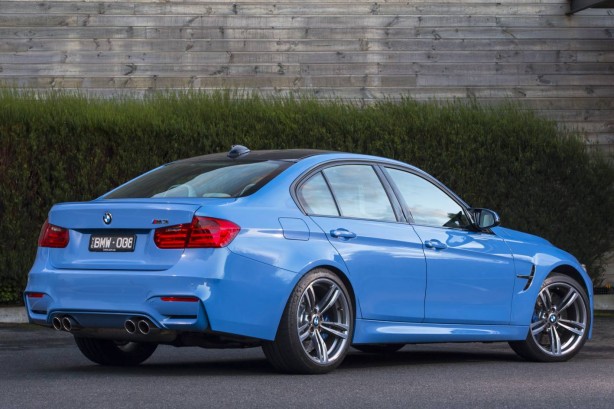 Adding to the dynamic repertoire of the M3 Sedan and M4 Coupé is the Active M Differential which uses an electronically controlled multi-plate limited-slip differential to optimise traction and directional stability.

The standard Adaptive M suspension comes with COMFORT, SPORT and SPORT+ modes, enabling the driver to choose between, for example, a more comfortable damper setting for urban driving, a stiffer set-up for dynamic driving on country roads, and a third option that minimises body movements and maximises dynamic performance for use on the track.

The exclusive exterior of both of these new models is defined by the 19” M double spoke alloy wheels in forged Ferric Grey, BMW Individual high-gloss shadow line, M specific front kidney grille and the option of eight exterior colours – including the exclusive Yas Marina Blue and Austin Yellow – all included in the price. 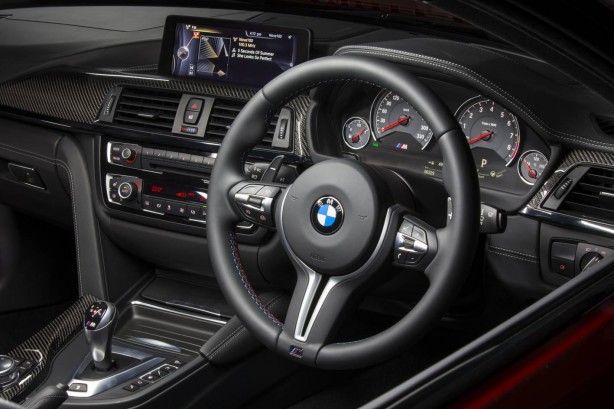 Also standard is the navigation system professional which includes a 20 Gb hard drive storage for audio files to further enhance the entertainment capabilities, a high-resolution 8.8” colour display and the iDrive touch controller.

A six-speed manual transmission is available as a no cost option. This newly developed unit is considerably more compact than its predecessor, being 12 kg lighter and also featuring new carbon friction linings in its synchroniser rings, dry sump lubrication and engagement speed control function which blips the throttle on downshift to improve the smoothness of the transmission.