The Honda CR-V and Mitsubishi Outlander are two of the most popular models in the increasingly competitive SUV segment. For 2014, they have both been revised for their mid-life update. The CR-V range now gains a 4WD only diesel model and the Outlander receives subtle exterior update, extra features and improved NVH levels.

And here we put the top-spec diesel variant of both models to the test to find out which one of these mid-size SUVs is worthy of your money.

The CR-V is slightly better equipped than the Outlander in terms of interior luxury and safety as it also comes standard with seat adjustment memory for the driver, DVD player, front parking sensors, LED daytime running lights and Bi-Xenon headlights. If seven seats are a must, then the Mitsubishi is the only way to go as the Honda is a strict five-seater only. The former adds sunroof where it’s an optional extra in the latter.

The Outlander trumps the CR-V in warranty with five-years or 130,000km, compared to three-years or 100,000km in the Honda. Both models will retain roughly the same value after three years but the CR-V will cost slightly more in servicing. 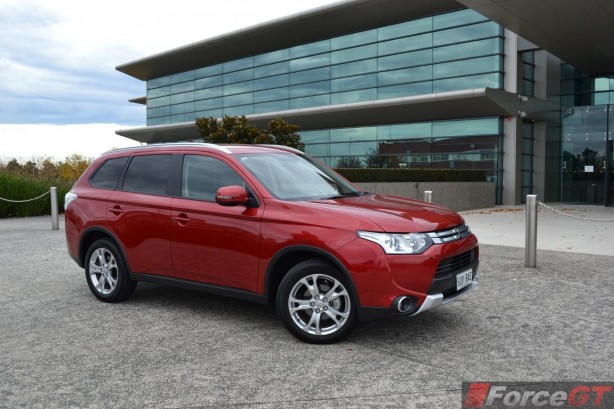 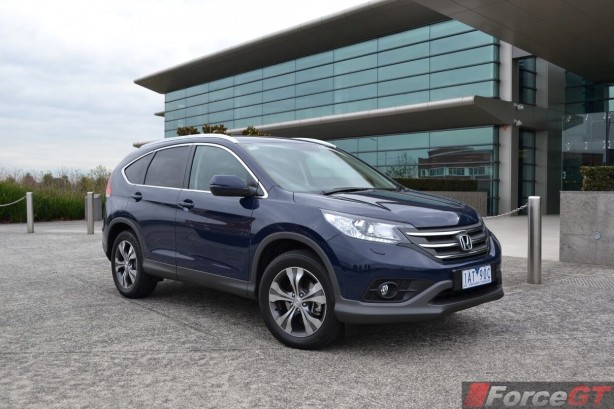 The Honda CR-V has a more dynamic and modern design than the Outlander, both outside and inside. New update for the CR-V brings much improved materials to its interior, with the upper dashboard surface now soft-to-touch as opposed to the hard plastic used in the pre-facelift model. Brushed aluminium trimming across the centre of the dash takes the place of plastic for a more premium feel.

The Outlander revised exterior sports new twin-blade horizontal grille along with rear silver skid plate, black wheel arches and silver roof rails. The interior of the Mitsubishi feels more robust than that of the Honda and is slightly more user-friendly. However, the lack of rear aircon vents puts the Outlander in a real disadvantage against the CR-V if the rear seats are often occupied. 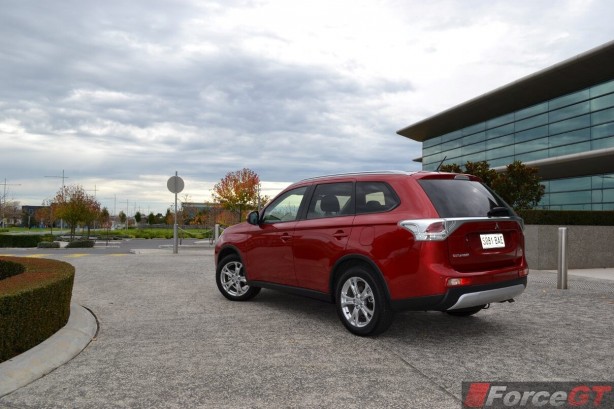 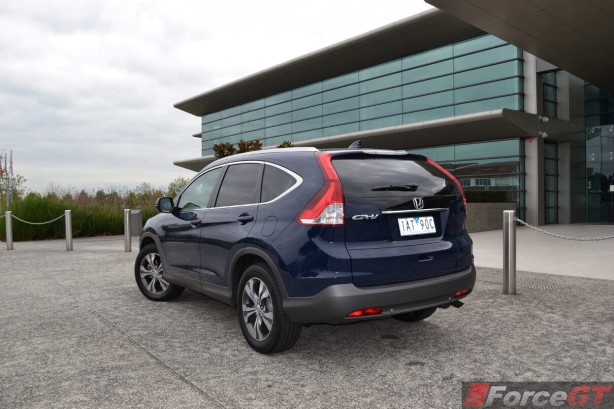 Clever storage pockets and holders throughout the roomy cabin put the CR-V ahead of the Outlander for usability and space. Rear legroom is also more generous in the CR-V, so is the cargo space – 556 litres against 477 litres in the Outlander. However, with the second seats folded down, the CR-V’s 1,120 litres of space is dwarfed by the Outlander’s massive 1,608 litres.

The Outlander’s ability to carry two more passengers than the five-seater only CR-V means the Mitsubishi is the obvious choice if you happen to overbreed.

Both models are powered by 2.2-litre turbo diesel four-cylinder engines producing the same 110 kW, but the Mitsubishi has an extra 10 Nm over the 350 Nm in the CR-V. The Outlander’s peak power and torque arrive earlier in the rev range compared to the CR-V, which makes the Outlander feel more effortless in city driving. Power delivery is also much more linear in the Mitsubishi, while the Honda lacks low-rev punch.

The CR-V drives the wheels through a five-speed auto, with the lack of a sixth ratio making it feel old-school compared to the Outlander’s six-speeder. However, the drivetrain in the Honda boasts better overall refinement. Its auto box is also quicker to find the ideal gear in any speed or throttle opening than that in the Outlander. 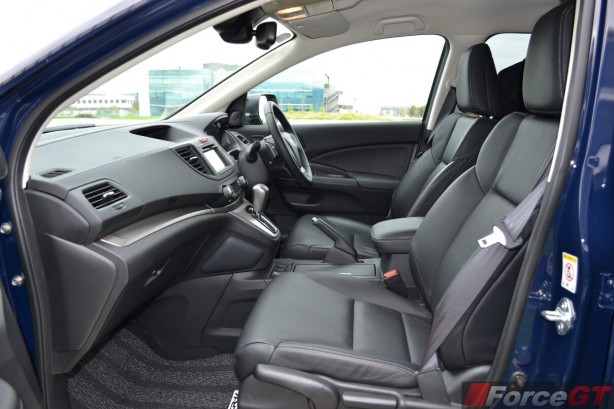 The CR-V diesel’s slightly firmer suspension set-up for 2014 aids in its handling without noticeable compromise in comfort. The SUV rides smoothly on most surfaces, while in the bends it remains relatively composed. The Outlander’s ride quality is a tad busier at low speed but feels more planted at higher speed than the CR-V. Around the bends, the Mitsubishi is more sure-footed than the Honda, thanks to a more communicative steering and better suspension dynamics. 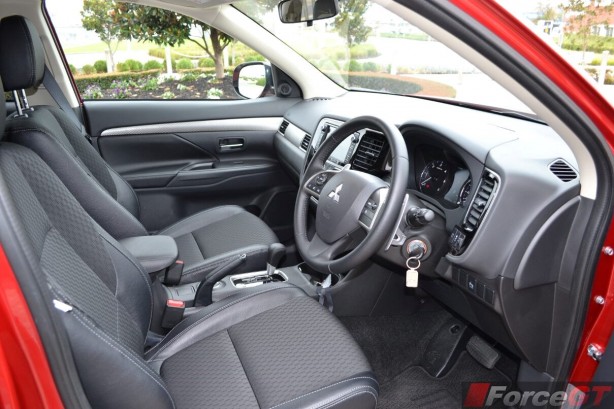 Honda SUVs in the past were not well known for their off road credentials, but the new CR-V diesel has a newfound level of confidence in the dirt with decent traction and good clearance. The Mitsubishi, however, is even more capable with excellent grip and better torque distribution.

Honda claims 6.9L/100km for the CR-V’s combined average fuel consumption, not far off the 7.4L/100km we managed after a week in possession of the car. The Outlander’s advertised figure of 5.8L/100km is lower than that of the CR-V but it’s actually less frugal in the real world with a recorded average of 8.2L/100km.

The Honda CR-V has a better interior, smoother drivetrain and in general feels better to drive around town. It is better equipped and more frugal in city driving.

The Mitsubishi Outlander has a seven-seat advantage and is more practical as a family SUV. The diesel under the bonnet feels stronger. It is also a better car to take off road.

The current-generation Honda HR-V has been around since 2014, which means a new model is …