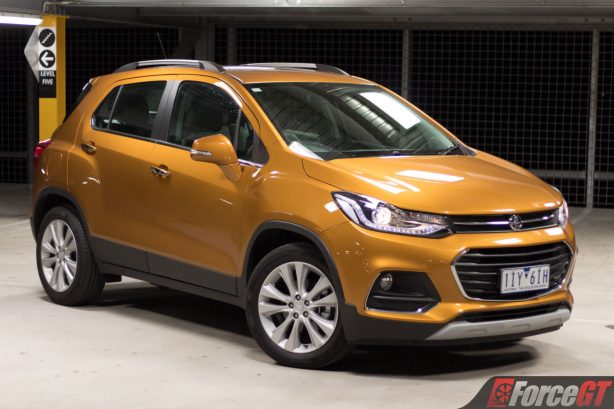 The Trax is the smallest SUV in Holden’s line up complemented by its larger cousins the Captiva and Trailblazer and now sports a new look with improved features for this facelifted 2017 model.

The visually redesigned Trax is massively more appealing to the eyes than the pre-update model, with the front end coping the biggest change. It now sports european styling influences found throughout while the addition of halogen projector headlights and LED daylight running lamps complete the new look. It’s a safe and conservative design that will stand the test of time going forward and has just enough character and flare to remain memorable at a passing glance.

The large wheel arches and plastic guards could tempt you into thinking the Trax may have a zest for some off road action but quash those thoughts as the Australian market only receives the Trax in a front-wheel drive configuration. 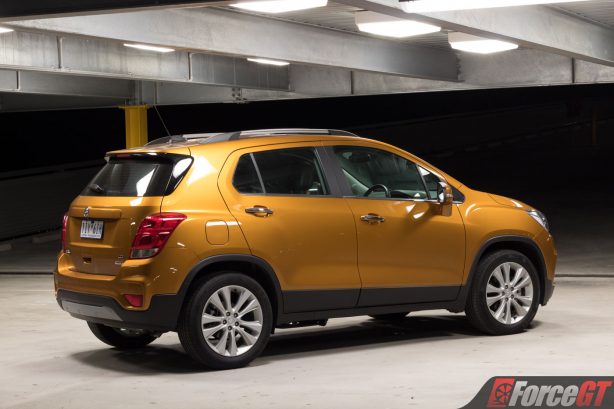 From the inside the Trax has vastly improved though the design and styling is still a mixed affair, particularly the range-topping LTZ model we tested. There’s double stitched leather trim for the seats and dash but the door trims missed the same treatment. And while the dash sports a leather covering there’s no lack of hard plastics used throughout which cheapen the whole interior feel. Unfortunately the same cost cutting measures found their way through some interior control switches, air conditioning temperature dials feel rough with vague click points and the mirror adjust switches could be improved where as the door locks are straight out of the 90’s.

From an aesthetic standpoint the interior does look quite nice with smooth flowing lines broken apart by the color coded stitching. There’s good use of space throughout the cabin, too, along with plenty of storage compartments for all manner of devices to go into, though valuables will need to be hidden out of sight in the glove box as the center storage bins are exposed offering no arm support, a task which falls to the driver only mounted arm rest. 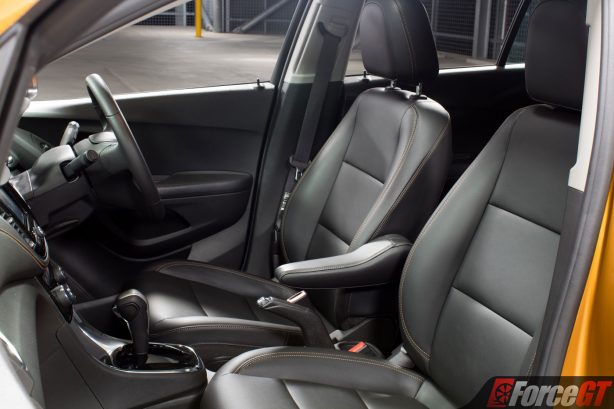 Visibility from the driver’s seat is average, as thick chunky A pillars hinder the view from the front corners and a tiny rear view mirror doesn’t help out the back. The included reversing camera alleviates that concern and included blind spot monitoring works well with the already decent side visibility for confident lane changes.

In the back three adults can fit though two is preferred for lengthy voyages. Mounted in the rear of the center console you’ll find a 150W 230 volt power socket that should prove useful for camping trips and other electron lacking locations. Boot space for the small Trax comes in at a usable 356 litres with the seats up and expands to 785 once folded flat. If that’s not enough for all your cargo needs there’s always room to strap down more using the included roof racks. 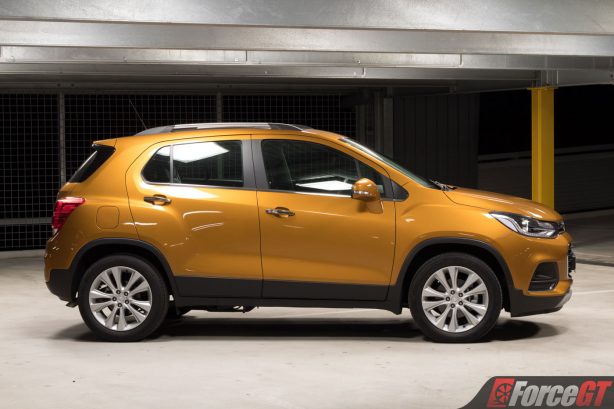 When it comes to driving feel, the steering, brake and accelerator in the Trax feel right, they have solid and slightly heavy touch to them inspiring confidence that’s often lacking in smaller cars. The LTZ’s Electrically adjustable seats with adjustable lumbar support provide a great driving position and comfort as well as heating for those cold winter mornings.

Entertainment is provided courtesy of a 7-inch dash mounted touchscreen with Holden’s easy to use MyLink infotainment system. Both Apple CarPlay and Android Auto are included and you’ll need to rely on both for navigation options as no inbuilt sat nav is included. Audio from the 6 speakers is average and runs out of puff half way through the volume dial where the signal starts to distort.

The Trax does a good job of filtering out external road and wind noise and the interior provided no noticeable rattles or squeaks while driving. 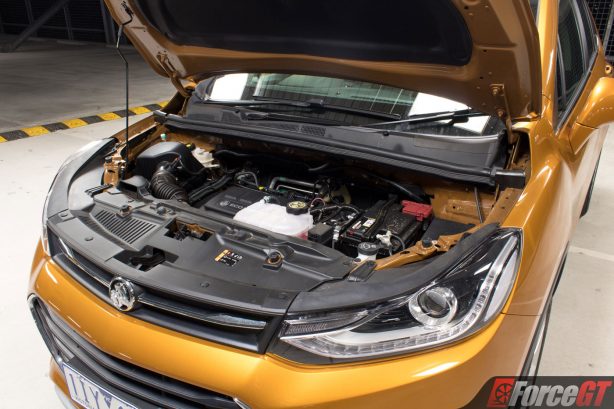 The combination of tall ride height and broad side profile made the Trax quite susceptible to being thrown about by the wind on one of the more stormy days I’d driven it but on a calm day it’s far more well behaved. The tight turning circle makes maneuvering through tricky situations painless and the handling characteristics were linear and predictable when pushed. The LTZ’s lower 55 profile 18-inch tyres provide more than enough grip for the Trax in all conditions tested but do have a habit of making bumps harsher than expected.

The 1.4-litre 4 cylinder turbocharged petrol engine suits the car well with a power output of 103kW at 4,900 rpm and more importantly 200Nm of torque at 1,850 rpm. More than enough power for the Trax to get up and move when poked with a stick and while the engine does make a bit of noise higher up in the rev range, the note produced is pleasant rather than drone like.

Economically I was able to pull off a combined figure of 8.3L/100km with a heavy foot through a majority of suburban roads, those with patience and freeway commutes will easily best this and may even close in on Holden’s claimed figure of 6.7L/100km. Keeping the Trax in the right gear for given situations fell to the 6 speed automatic transmission and it didn’t miss a beat for the entire test duration. 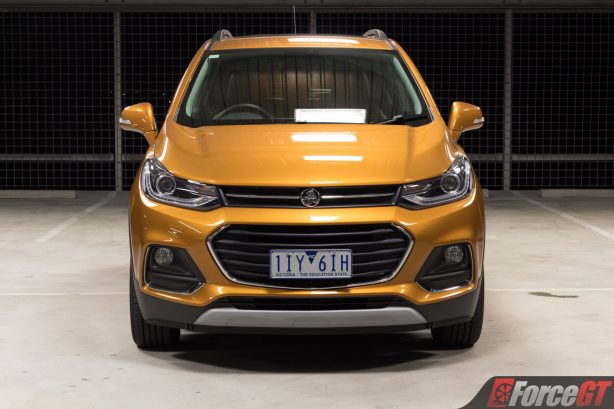 The LTZ tested is the top-spec Trax available and the included feature list is impressive covering:

In the funky small SUV segment the 2017 Holden Trax plays it safe with a grown up and conservative approach that is priced competitively against eccentrically styled rivals. Look beyond the mature styling of the Trax to find a well selected feature list and a satisfying drive backed up by that punchy turbo engine.